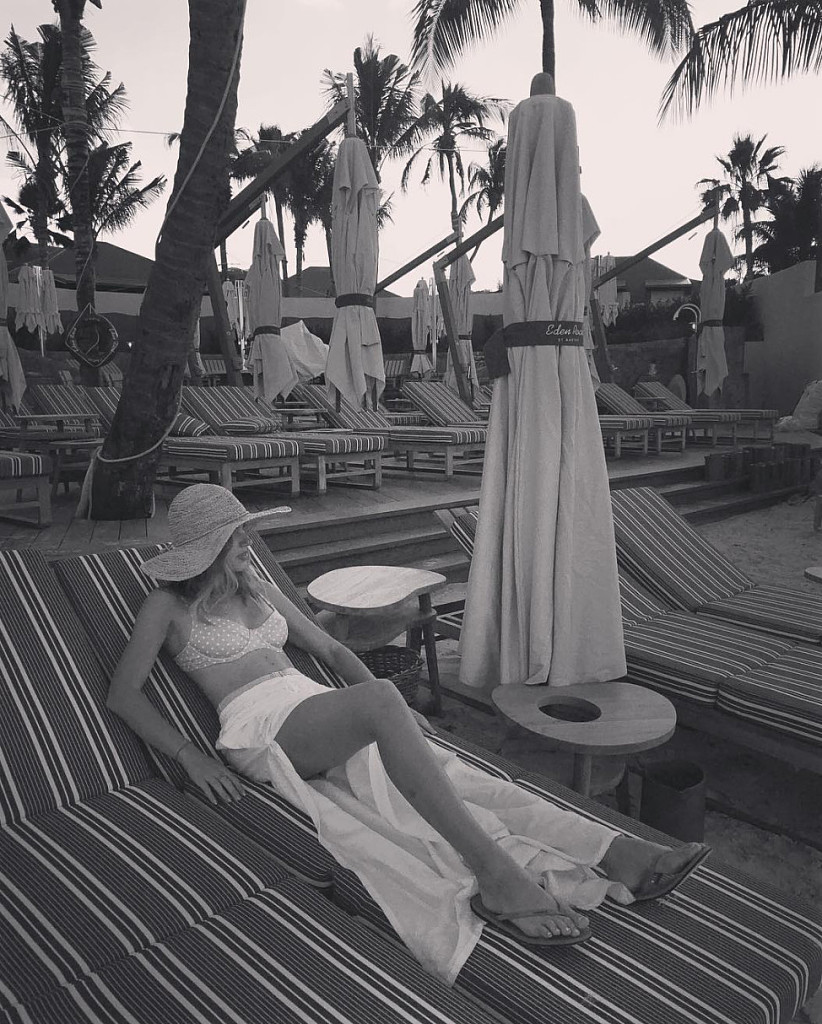 Halston Sage enjoying the sun on the beach

When Bright isn’t working with the NYPD to solve serial killer crimes, he’s forced to deal with his gorgeous albeit “normal” sister Ainsley Whitley.

Ainsley Whitley is portrayed by actress Halston Sage, who is best known for her role as Lt. Alara Kitan in Seth MacFarlane‘s sci-fi comedy The Orville, also on Fox. The 26-year-old blond is also recognized for her movie roles in Dark Phoenix Dazzler, Scouts Guide to the Zombie Apocalypse Kendall, Paper Towns Lacey, Neighbors Brooke, and The First Time Brianna, among others. 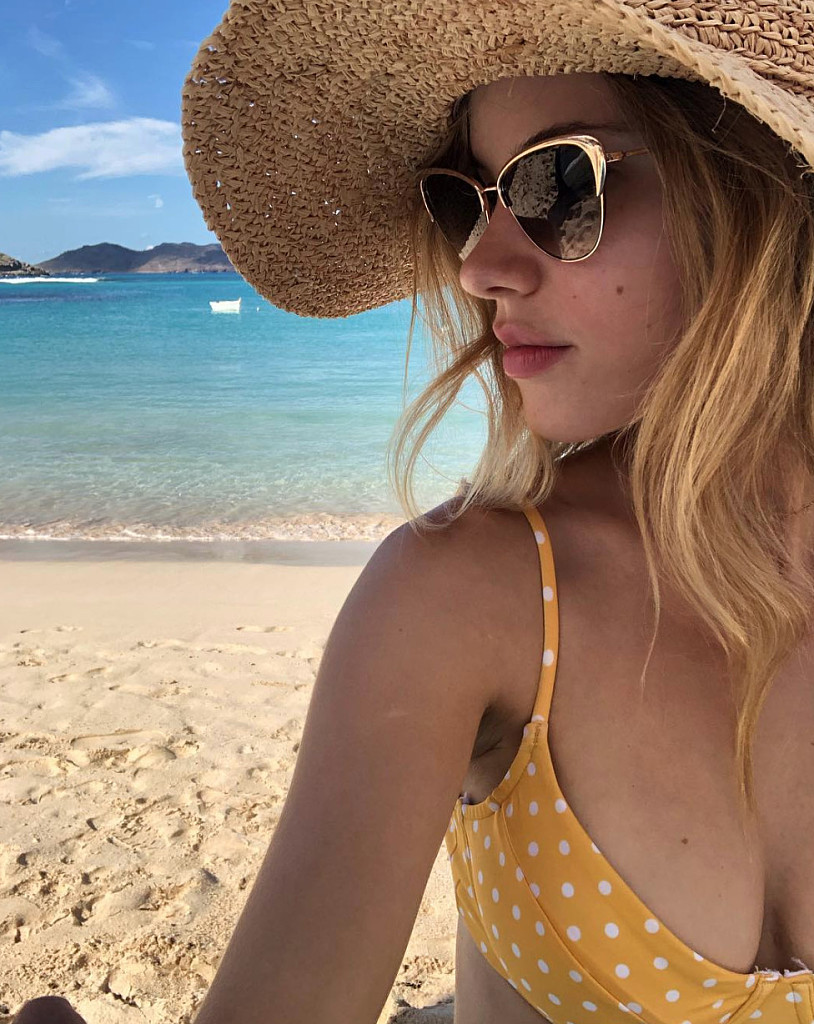 When not on a TV or movie set, the California native enjoys the sun in a bikini. When she posted these photos, she kidded, “I scared everyone off the beach.” 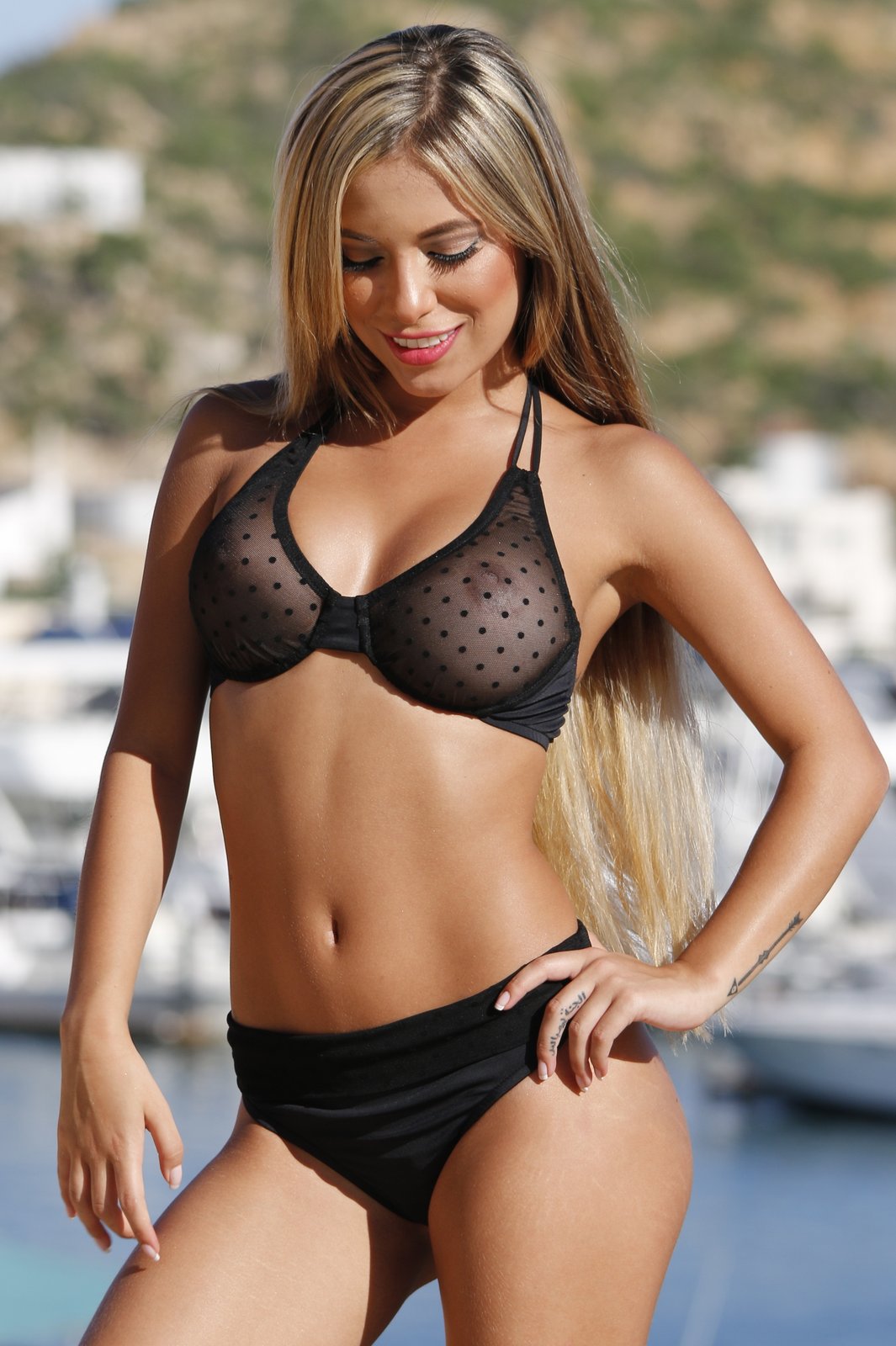 For the ultimate, alluring bikini, look no further! The Halter underwire top in sheer black mesh with black dot fabric is a work of art! The adjustable ties at neck and back will hold and support you. The adjustable band on the thong bottoms allows you to lower or raise it to exactly where you want it on your hips offering your best look. The...