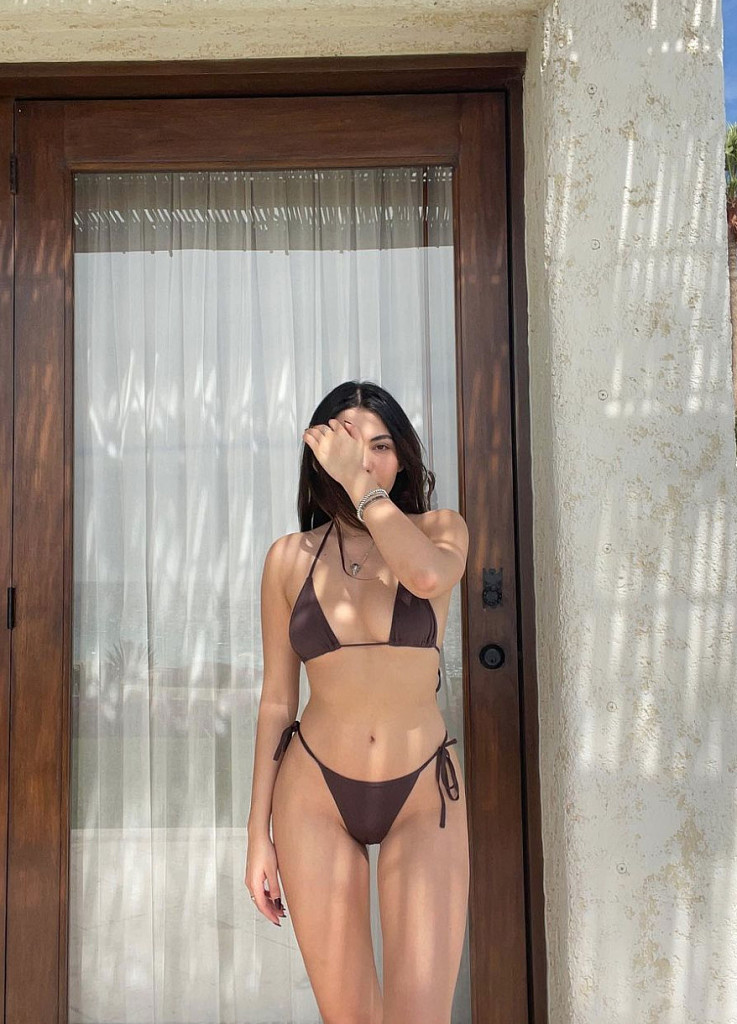 The aspiring model and actress is the daughter of the boxer, and his ex-wife Shanna Moakler, and is following in her mother’s footsteps as a beauty queen! Atiana dropped several pictures of herself decked out in a tiny bikini, and it has the internet in a tailspin.

In the pictures, ADLH is sporting a tiny black bikini and appears to be posing in front of her suite at a Mexico resort. The model captioned the photos with simply a Mexican flag emoji. 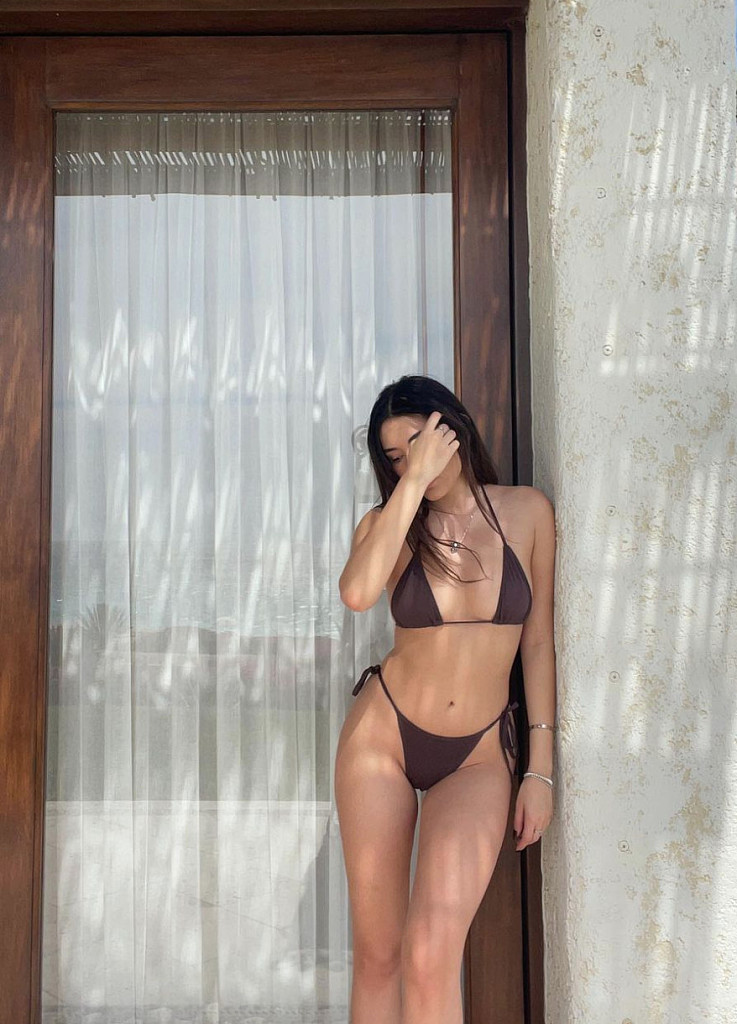 If you aren’t a follower of Atiana De La Hoya, you will be, and she isn’t totally unknown to those celebrity news buffs out there. The model is tight with her former step-dad Travis Barker, and was spotted on a family vacation with him and Kourtney Kardashian in Aspen, Colorado. The famous offspring is a model, who started in the business at age 14. “I just wanted to hang out with friends. I didn’t want to have a career or work,” she told about leaving high school early to start a career. 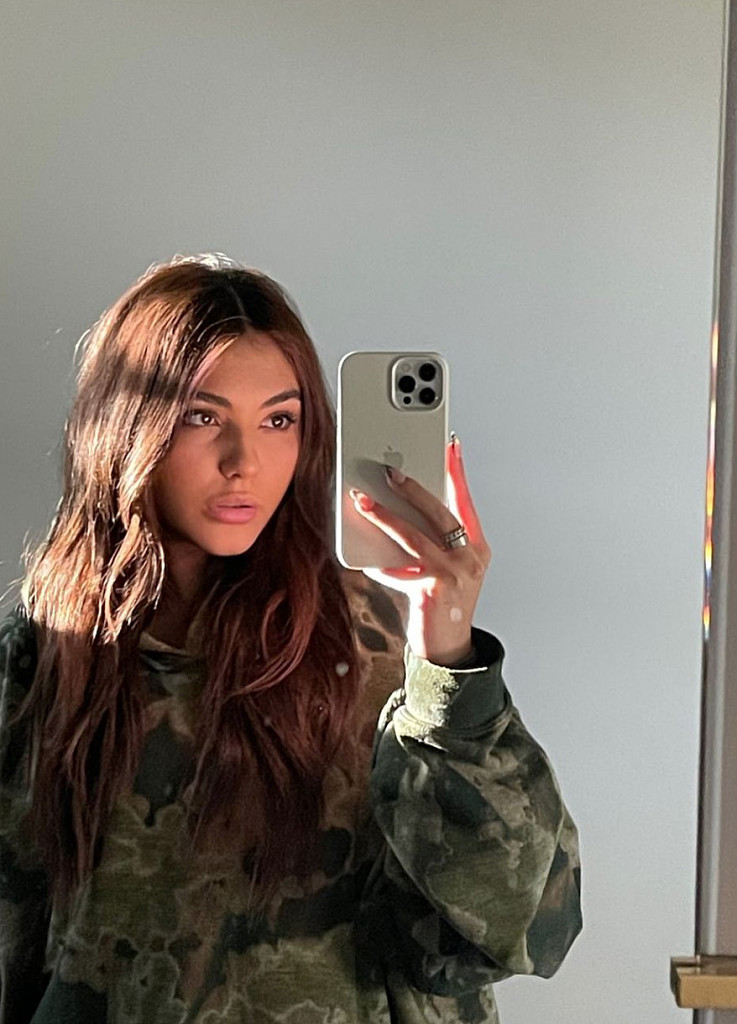 The Blink-182 drummer married her mother, Shanna, when Atiana was just 5 years old and she is tight with her two half-siblings, Landon and Alabama. The family lived under the same roof until 2014, even though the parents were no longer romantically involved.

The former Miss Universe welcomed her daughter with Oscar De La Hoya in March of 1999, and said at the time, “It wasn’t a planned pregnancy, but it was understood if it happened it was beautiful and if it didn’t that was fine too.”

According to reports, ADLH is a gifted artist and launched a career out of painting designer handbags for high-end clients. For example, she painted a skull on the corner of a Louis Vuitton suitcase for Barker. Musicians like Machine Gun Kelly have purchased her artwork, including a one-of-a-kind Gucci bag with the word “Diablo” painted on it.

Atiana isn’t new to the whole fame game either, she was featured on Travis & Shanna’s reality show — Meet The Barkers — back in 2005. “It was like, ‘There are going to be people in the house, pretend that they’re not there,’” she told. Adding, “And they truly did just follow us around. It’s definitely nice to [watch now] because I was so little, I don’t remember a lot. It’s something I cherish.”