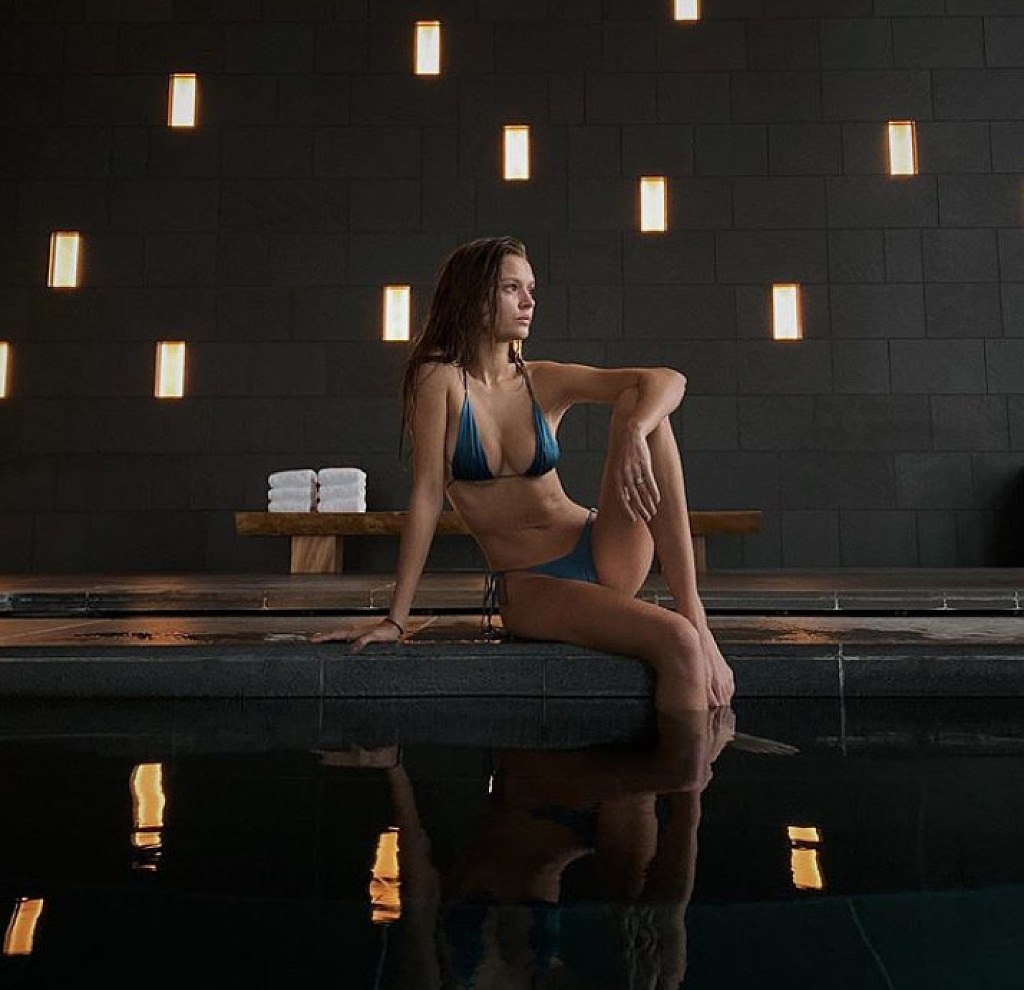 Victoria’s Secret Angel Josephine Skriver rocked an ultra-tiny, bikini as she prepared to take a dip in a pool in Tokyo

The photo showed Josephine sitting on the edge of an indoor pool surrounded by black walls and rectangular lights. In the background, a wooden bench with white towels folded on top could be seen. The dimly-lit room created a relaxing atmosphere as Josephine looked ready to slip into the water with her minuscule two-piece ensemble.

The model looked stunning in a thin, triangle-shaped bikini top that just loosely fit over her busty chest, barely containing her ample cleavage, allowing a bit of sideboob to spill out. The top featured only a long string across the bottom to attach the two pieces of fabric together, putting even more skin on display. 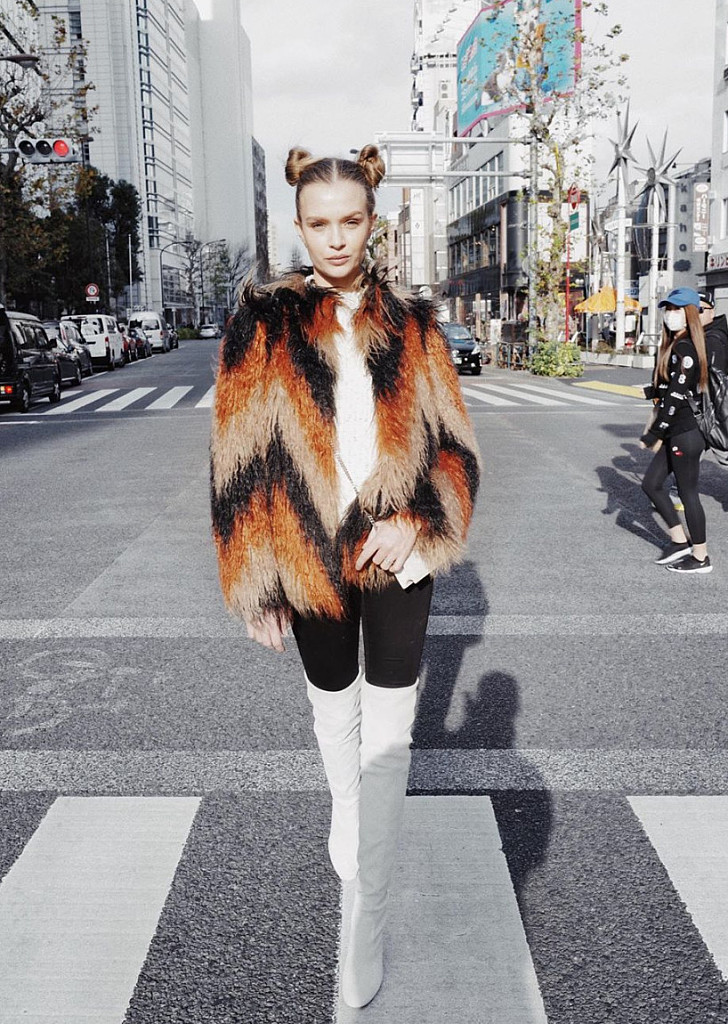 Josephine’s rock-hard abs were showcased between the top and a matching string bottom. The sides of the bikini tied in knots high up on her hips, which emphasized the model’s hourglass figure and showed off her long, lean legs. 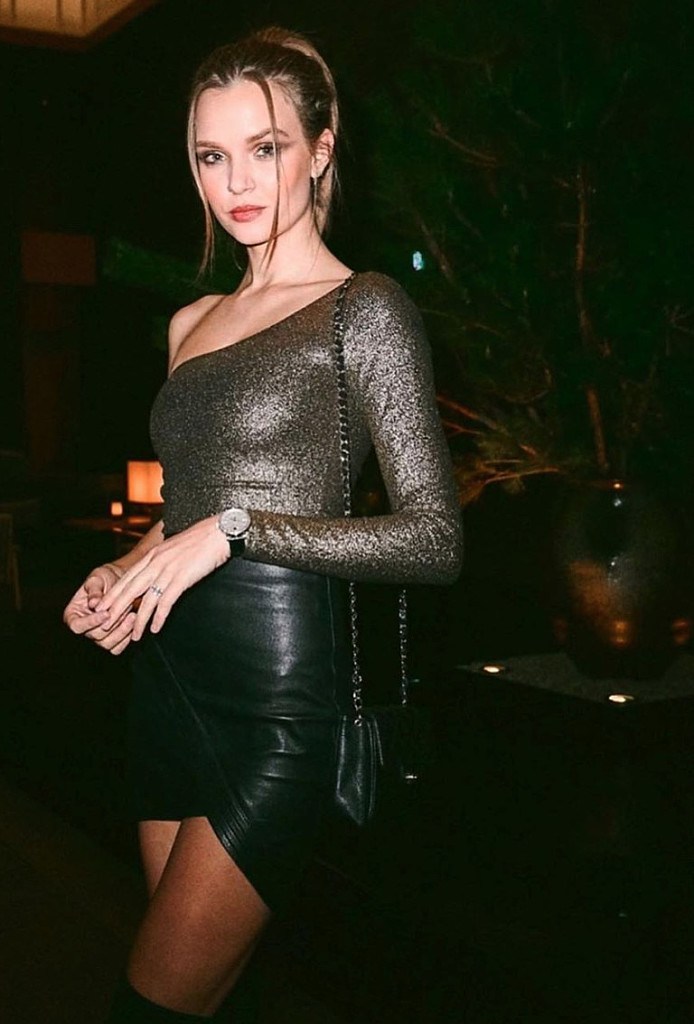 The stunner’s only accessories were a small ring on her finger and a black hair tie on her wrist. Josephine didn’t appear to be rocking any makeup, though she hardly needed any with her natural beauty. Her long, brown hair appeared to be slightly damp and fell down her back in messy waves.

She posed by keeping one knee bent on the edge of the pool while the other dangled in the water below. She leaned back on one arm and slouched forward slightly, flexing her ab muscles even more. The move also further pushed her chest out of the top. She looked off camera with pursed lips. 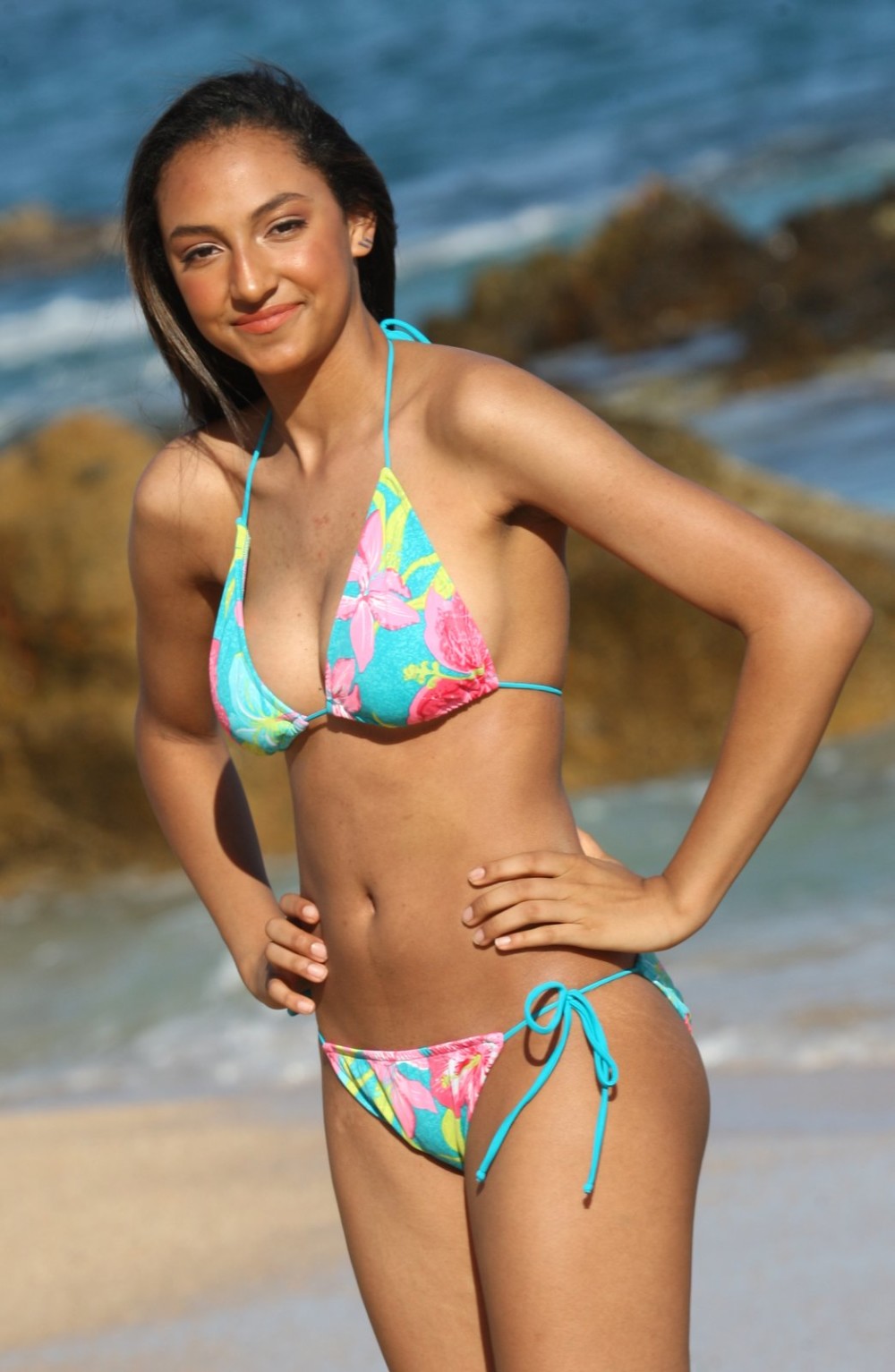