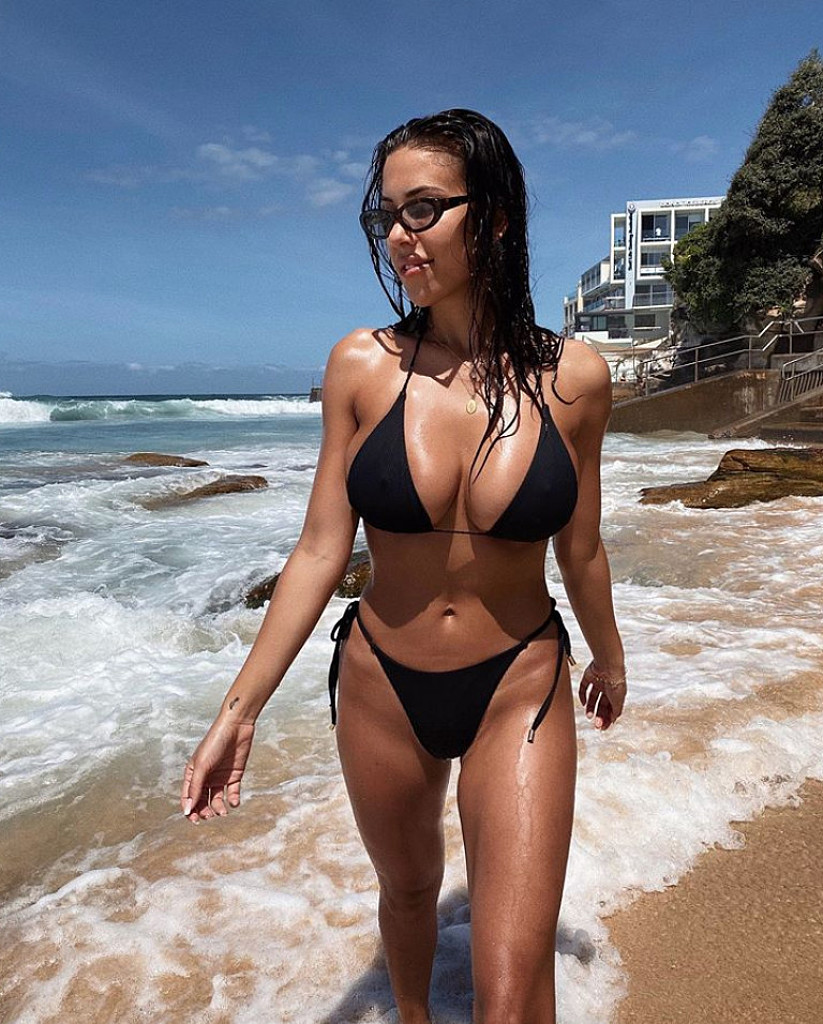 The image captured Devin standing on a beautiful beach with her feet in the water as the warm sun spilled over her bronzed skin. Behind her was a picturesque scene of the near-cloudless blue skies and waves crashing to the shore.

The model looked good in the scandalous swimwear that did way more showing than covering up. The set included a halter-style top with thin shoulder straps that showcased Devin’s toned arms. It also featured triangle-style cups that appeared hardly enough to contain her voluptuous assets, as well as a plunging neckline that exposed an eyeful of cleavage. 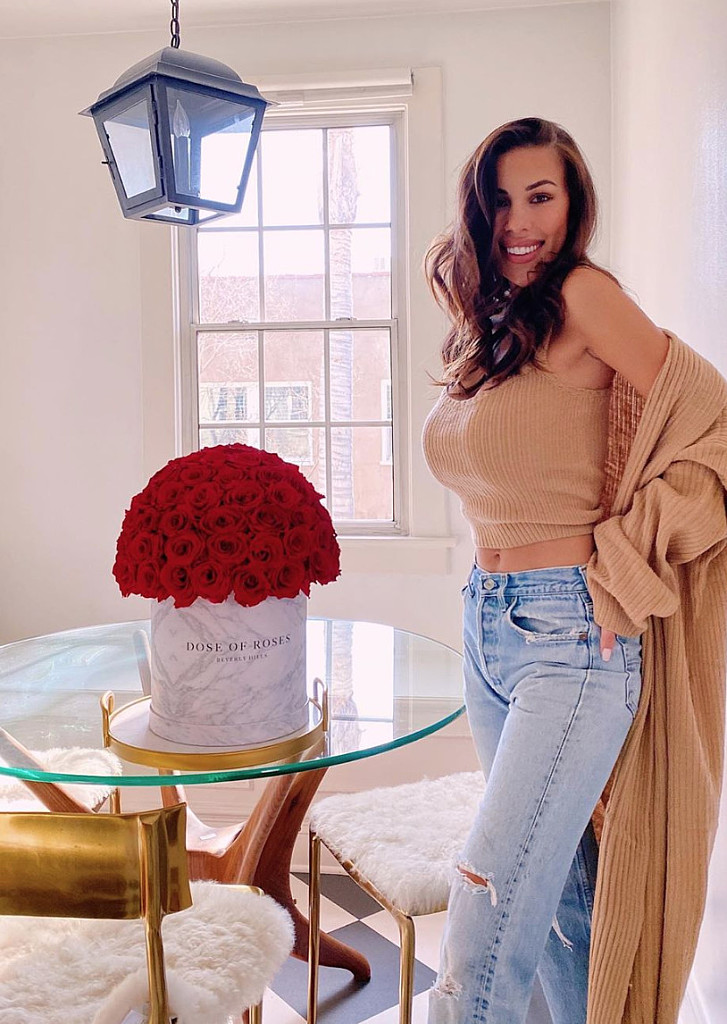 Devin also sported a pair of matching black bottoms that were equally as risque. The itty-bitty piece allowed the brunette beauty to showcased her sculpted legs, thanks to its daringly high-cut design. Its string waistband was tied in dainty bows high up on her hips, accentuating her killer curves and flat midsection. 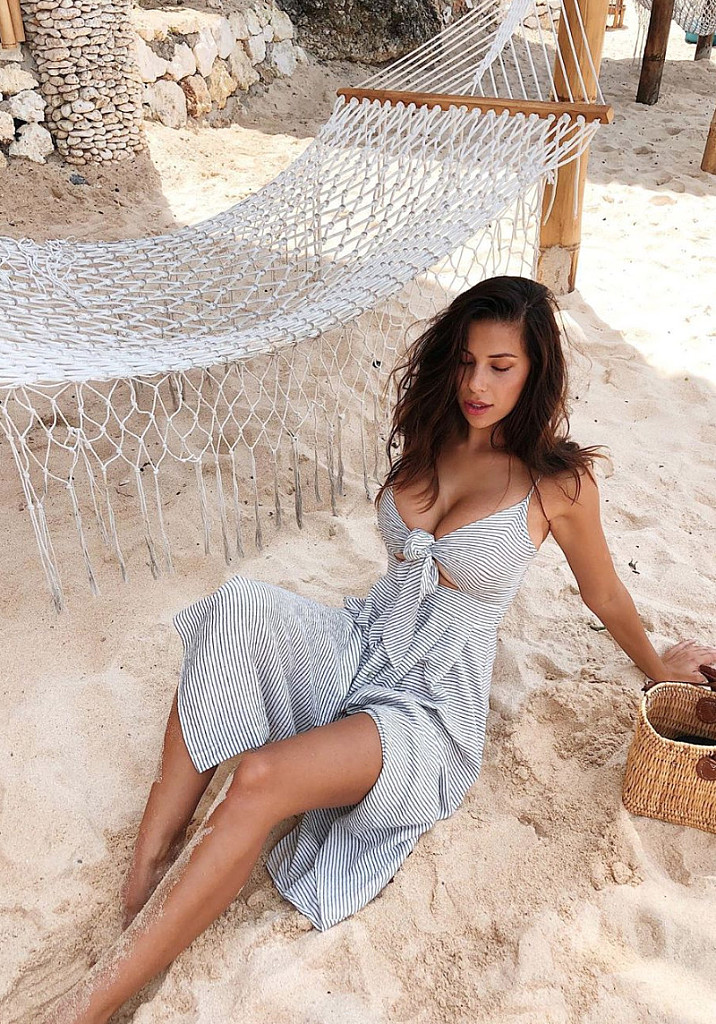 Devin completed her beach day ensemble with a pair of trendy oval sunglasses to provide some shade from the golden sun. Her dark tresses were worn down and soaking wet, likely from a dip in the ocean prior to the impromptu photoshoot. She also appeared to be going makeup-free, allowing her natural beauty to shine.