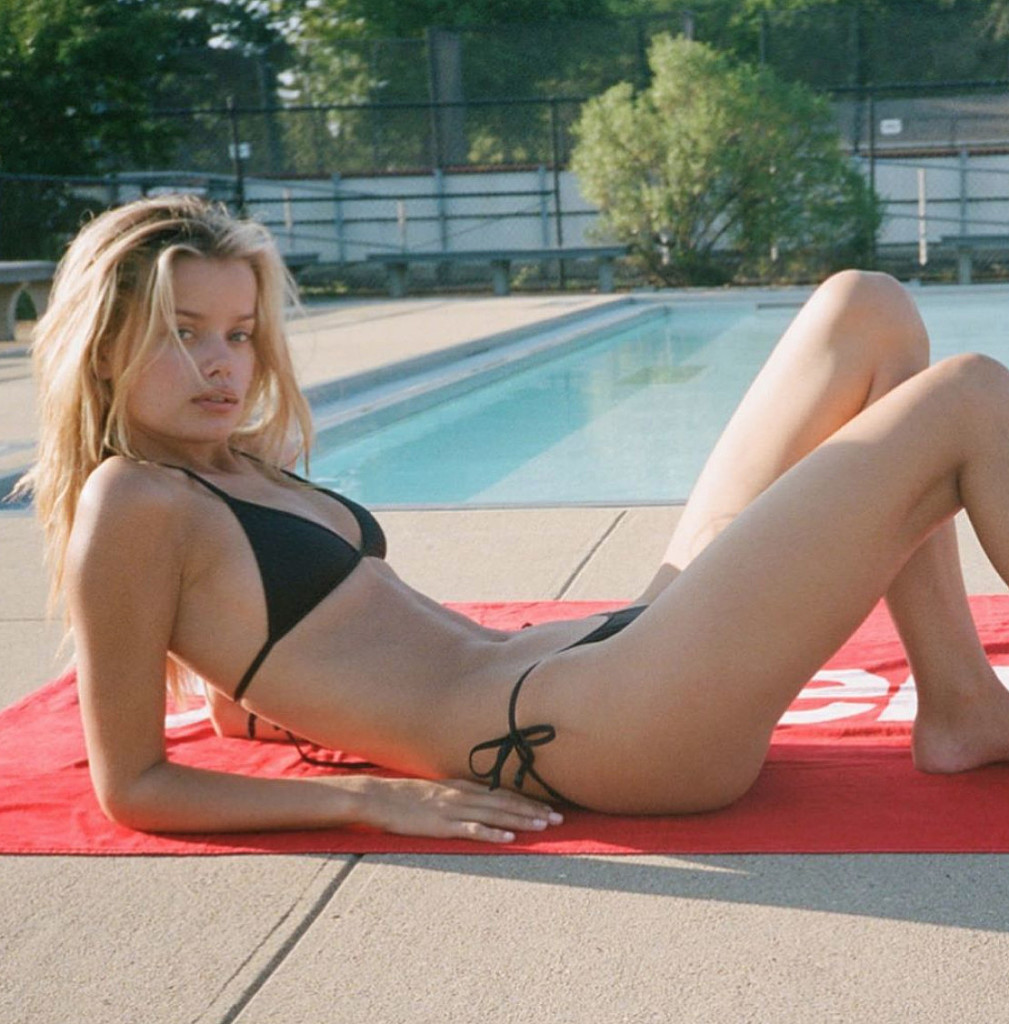 In the photo, the Victoria’s Secret model could be seen leaning against a white wall as she rocked a bikini that showed off her slender figure. Aasen rested one foot agains her thigh as she shot a killer gaze at a point outside of the frame. In the caption, the 25-year-old model revealed that she shot this campaign in Mykonos, Greece.

Aasen sported a two-piece bathing suit that boasted white and black stripes in a gray background. The bikini top featured a sporty cut, with large triangles that offered a good amount of coverage. The top had thin straps that went over the model’s shoulders. 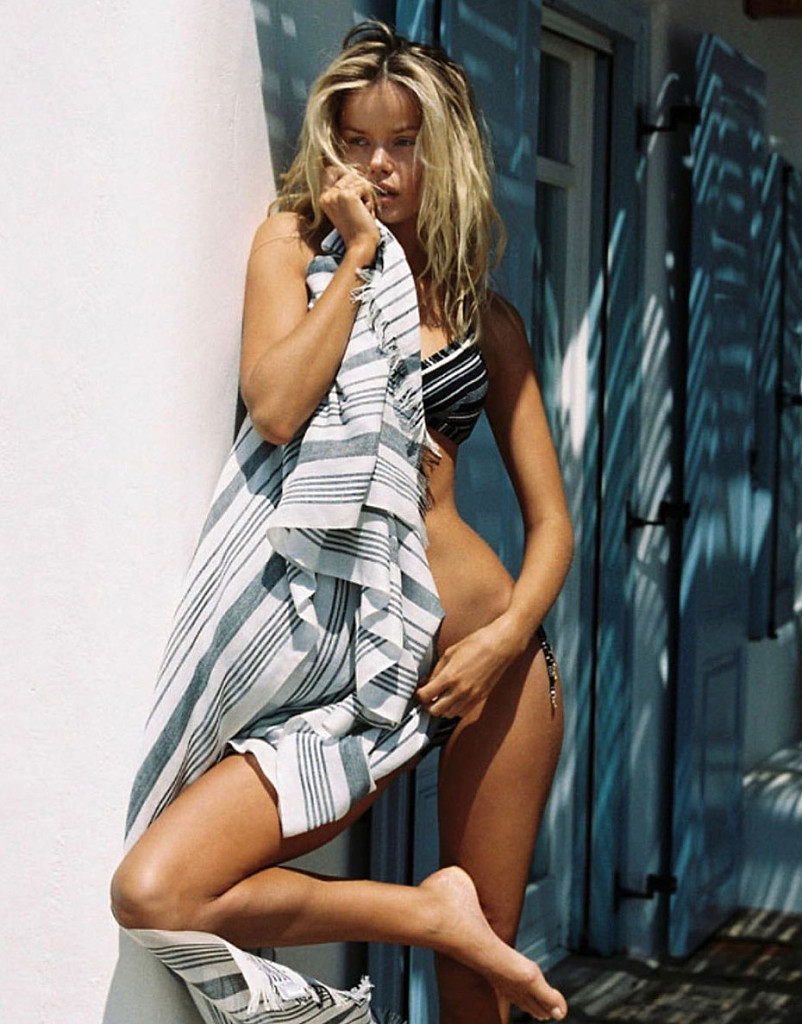 The Norwegian bombshell teamed her top with a pair of matching bottoms that sat super low on Aasen’s frame, leaving her slender waist and midsection on display. The bottoms had thin straps that tied on the sides. 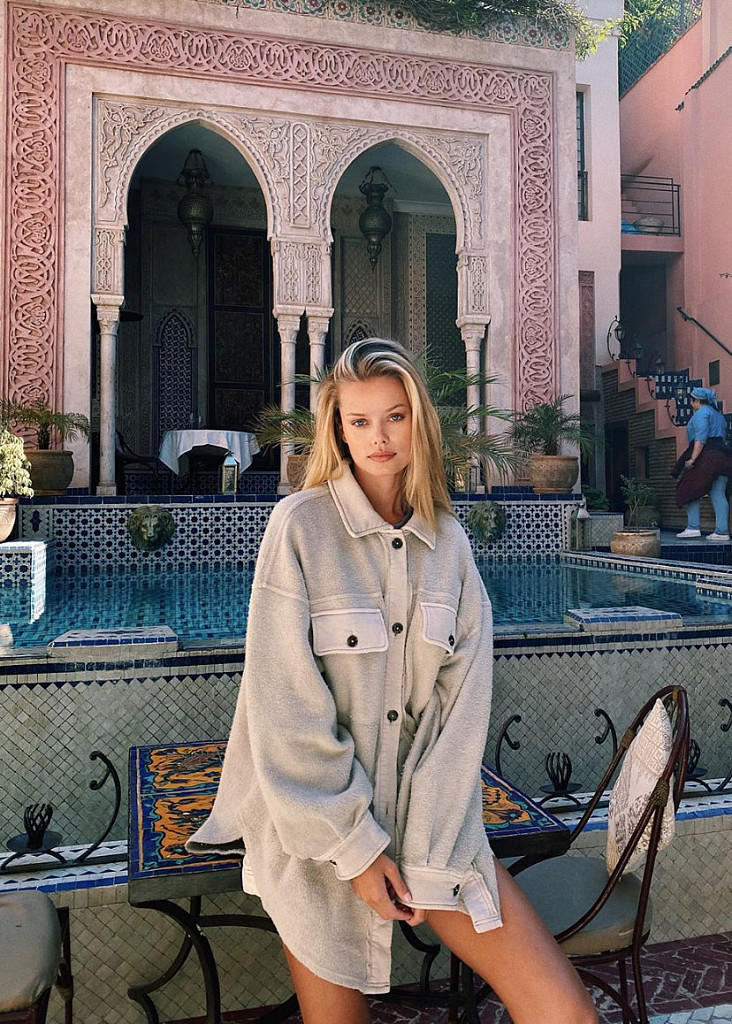 Aasen also wore a pareo in front of her body, taking it to her mouth.

Aasen wore her blond hair in a middle part and down in a perfect beach style. The model kept her makeup to a minimum, showcasing her natural beauty.