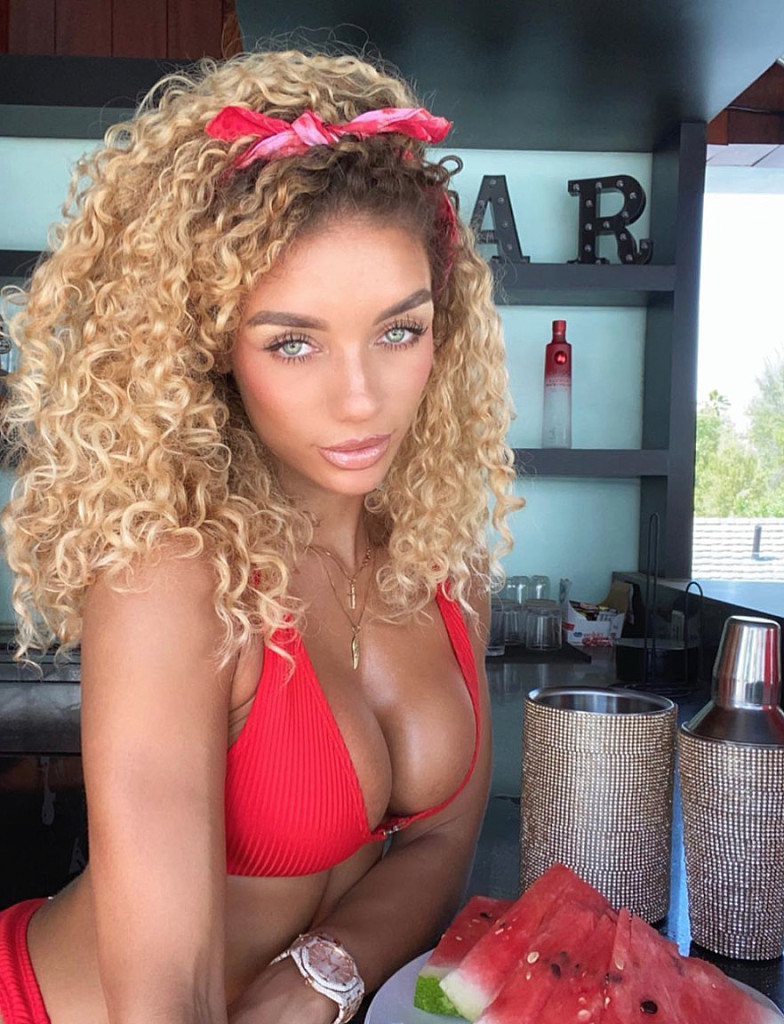 Jena’s ample assets were on display as the bikini top barely contained them. With one arm resting on the counter, the other reached up to her mouth and held a slice of watermelon, an indicator of what her favorite fruit might be.

The sensation’s green eyes were wide as the shot was taken, and she appeared to have highlighted them with mascara, dark eyeliner, and neutral shades of eyeshadow. Her wild golden curls were held back from her face with a red patterned bandana tied in a knot. 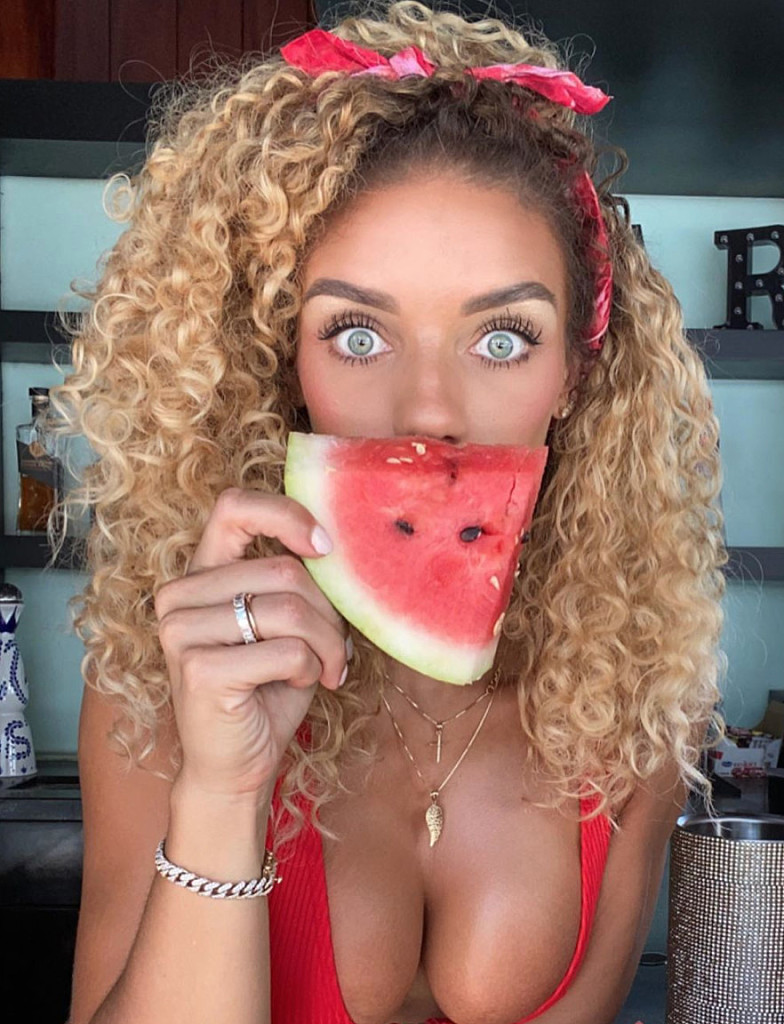 Jena complimented the look with plenty of gold jewelry. She wore a ring on one finger and around her wrist was a chunky gold bracelet. Small earings could be seen in the model’s ears, and two chains hung around her neck. The necklaces featured gold pendants, one being a delicate cross and the other a feather. 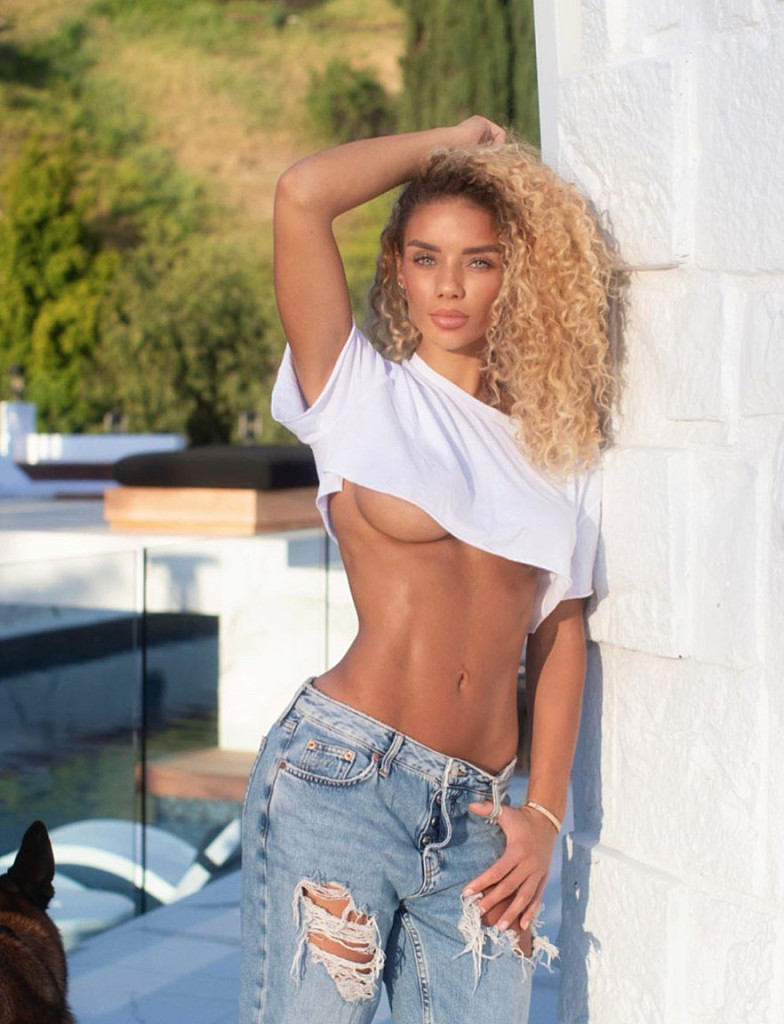 The second image in the set featured the celebrity standing next to a plate of watermelon. She smiled seductively at the camera and leaned forward slightly. This pose showed off her bikini bottoms and a hint of her pert derriere. 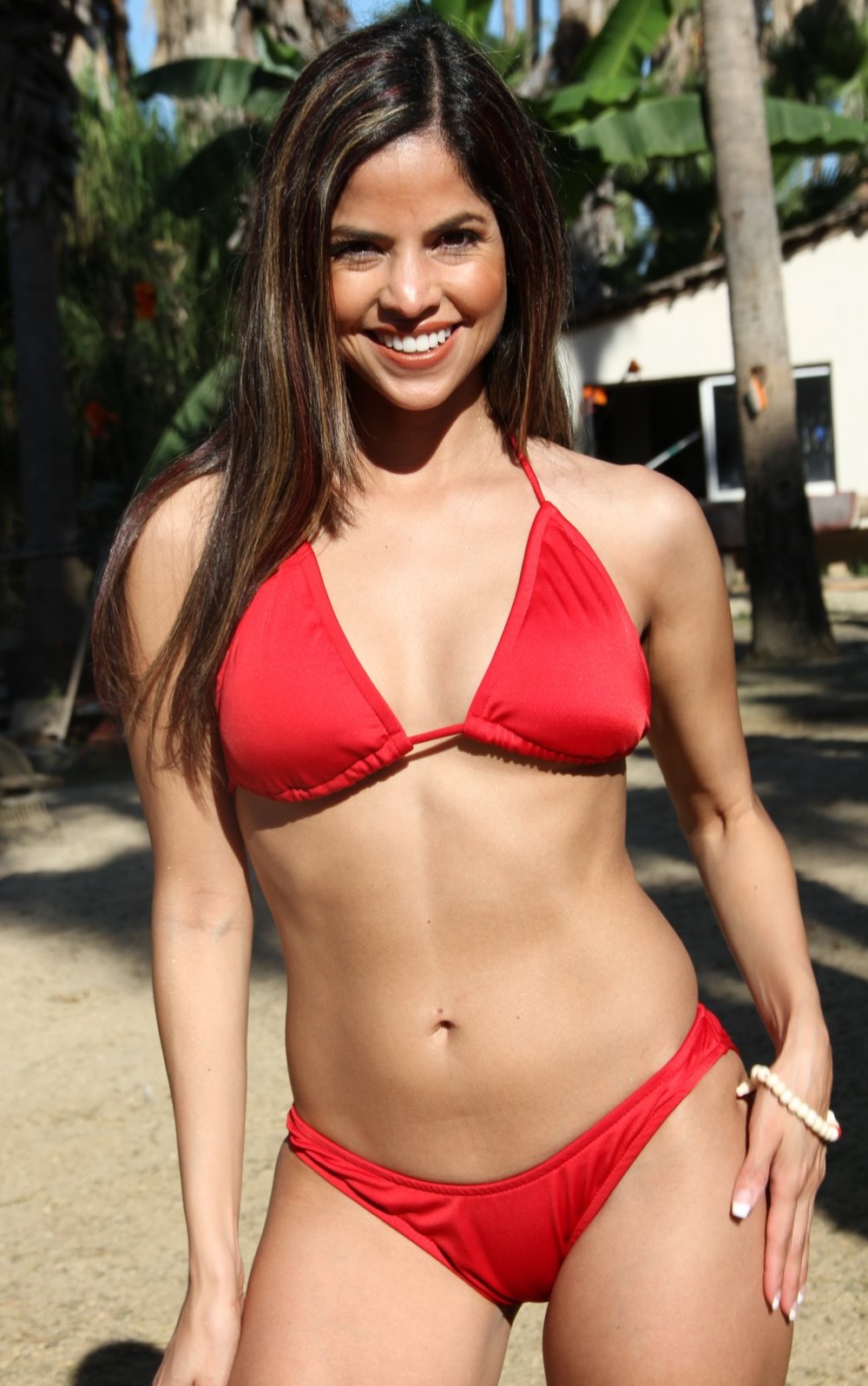