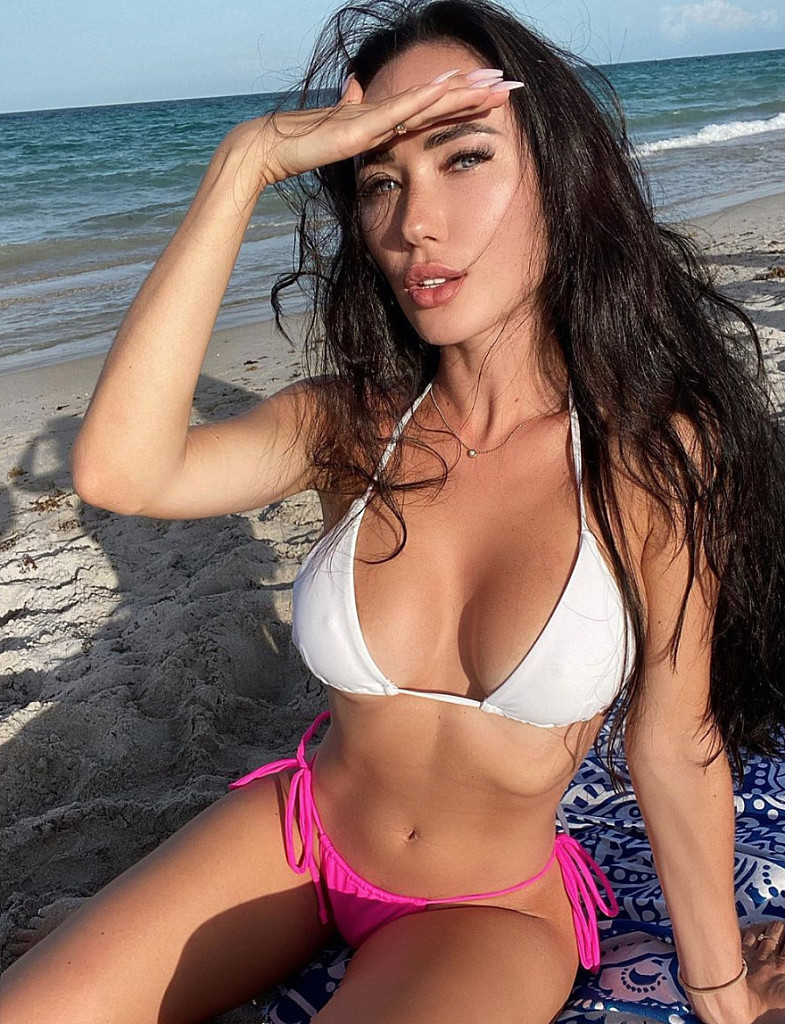 Per the post’s geotag, the oceanside spot was in Oia, Greece, where Nina was captured sitting on top of a blue-and-white towel while the wind blew her “beach hair” wildly around her head. It appeared to be a bright and sunny day, as the social-media star needed to bring her perfectly manicured hands up to her face to shade herself as she stared at the camera with an alluring gaze. A view of the waves crashing to the shore made up the background behind her to complete the stunning scene.

Of course, a day on the beach called for the perfect swimwear, and Nina’s certainly did not disappoint. The model’s look included a simple white halter-style bikini top with thin straps that showcased her toned arms and shoulders. It had a plunging neckline that fell far down her chest, leaving an eyeful of her bronzed cleavage on display. 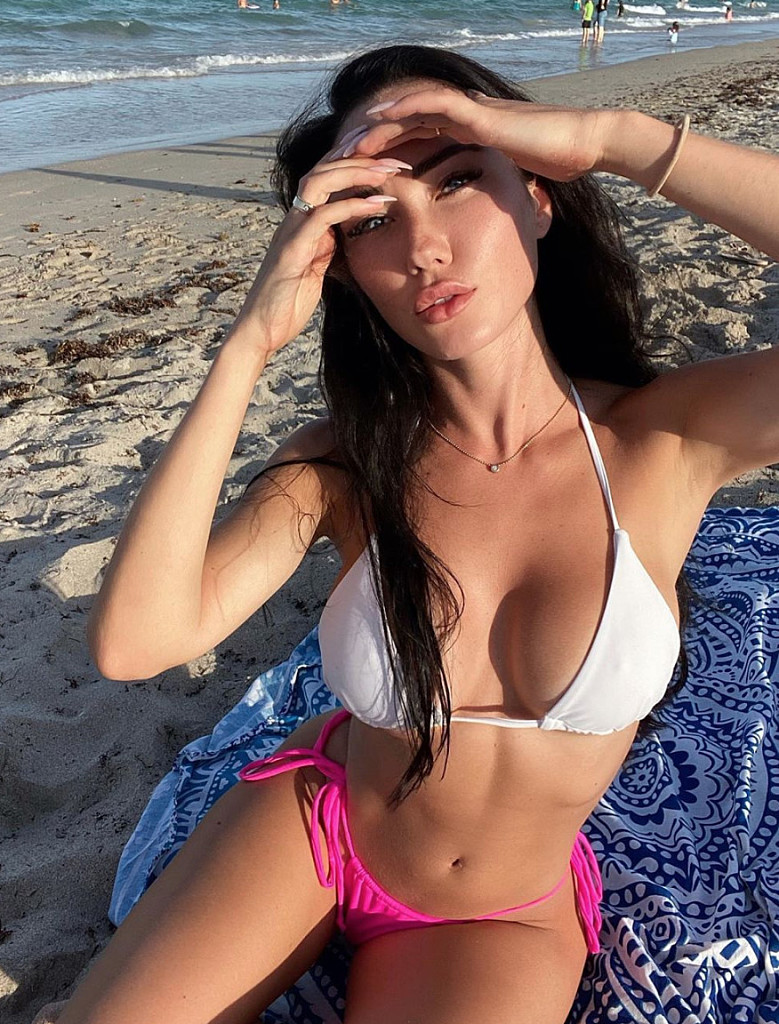 Rather than the matching bikini bottoms, Nina opted to add a pop of color to her beach-day ensemble by sporting a neon-pink number that did nothing but favors for her phenomenal physique. The piece boasted a high-cut and cheeky design that teased a glimpse of her curvy hips and toned thighs. It also had a string waistband that tied low on her hips in dainty bows to draw attention to her flat tummy and abs. 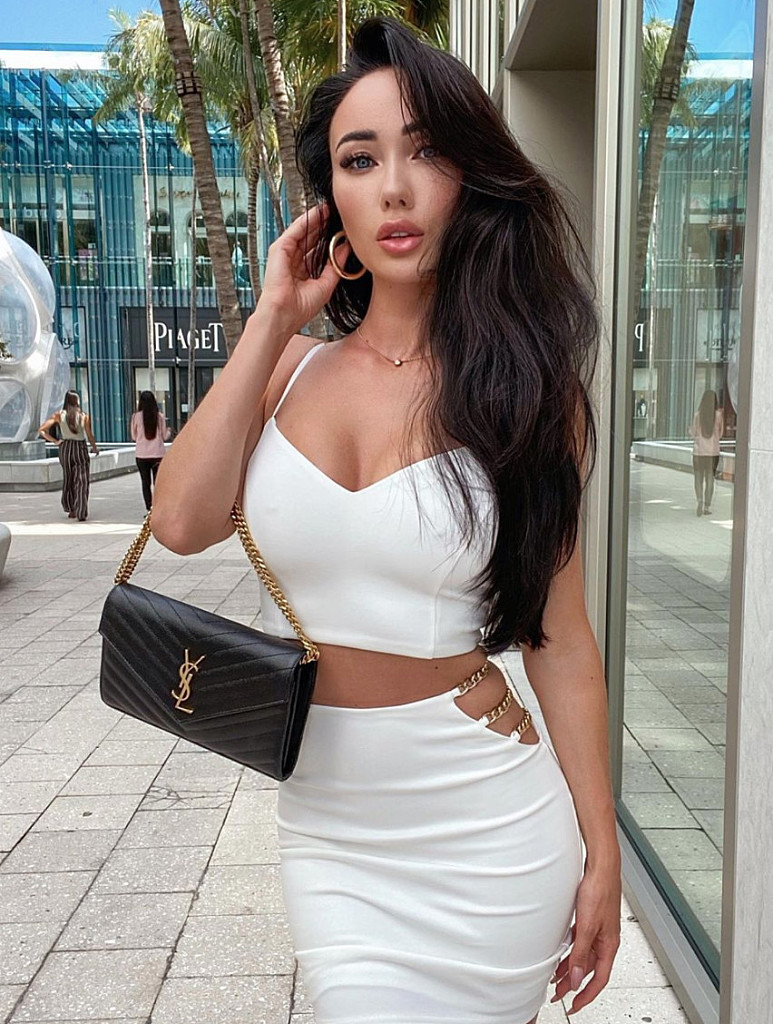 Nina accessorized with nothing more than a thin silver necklace so as not to take too much attention away from her killer curves. Her long, dark tresses fell messily around her face in beachy waves, and she sported a minimal amount of makeup to allow her natural beauty to shine. The application looked to include a light red lip gloss and highlighter, as well as a thick coat of mascara over her long lashes.