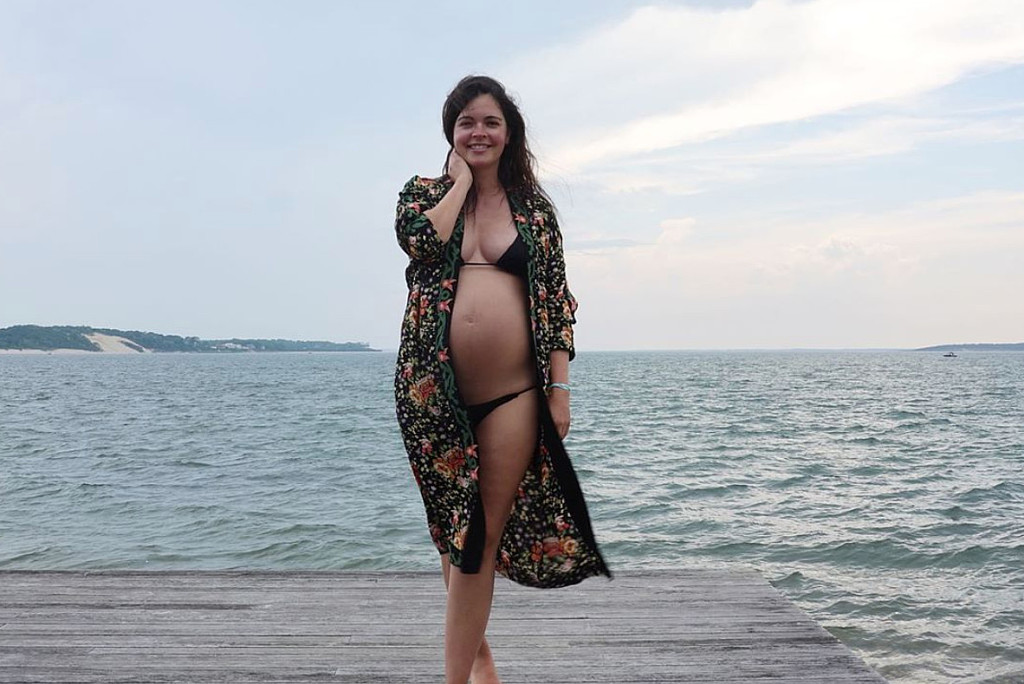 She looked gorgeous in the share, which appeared to have been taken on a pier near her home on Long Island, New York. She and husband Ryan Biegel will welcome their first child together this fall. The television personality and The Kitchen host said she has never felt more comfortable in her own body than she does right now.

The stunning 38-year-old was breathtaking in the image. She wore a tiny black triangle cut bikini, which showed off her fuller figure. The material was pulled to the sides to make room for her fuller breasts and the tiny bottom pulled out to cover her modestly. Her belly is stunning and the television cook was glowing as she celebrated the 28th week of her first pregnancy. 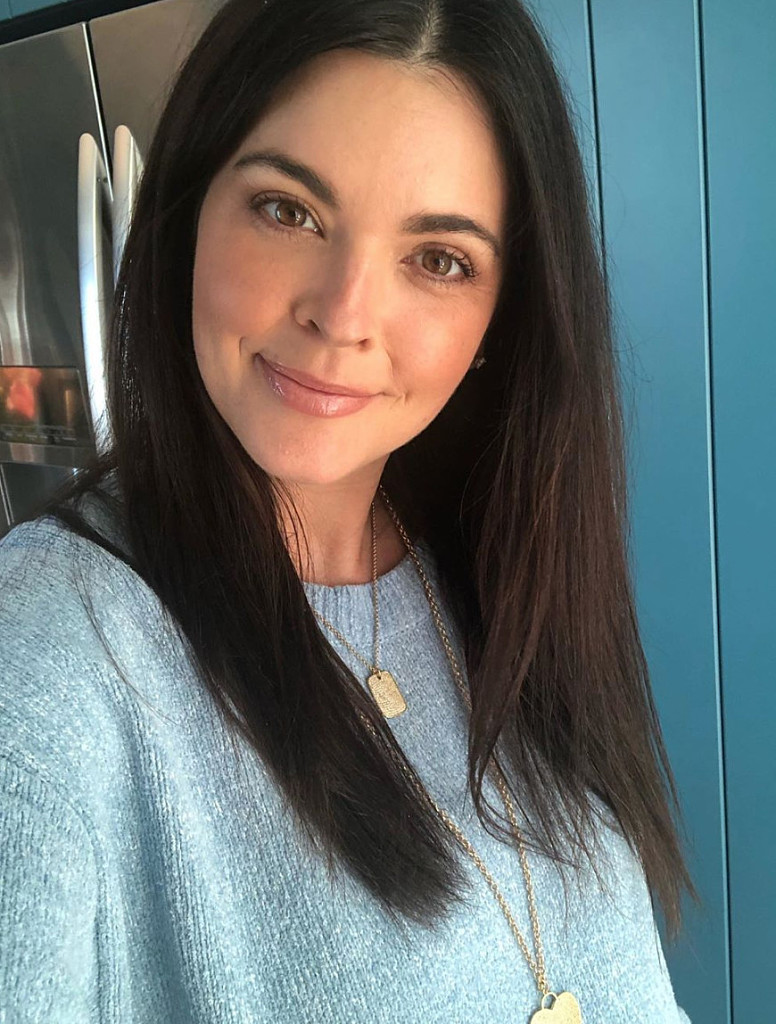 Atop the bikini, Katie wore a colorful caftan. Her hair was loose and blowing in the breeze. She appeared to have no makeup on in the share and smiled for the camera. Katie’s right hand was placed under her ear and alongside the right side of her neck. The overcast day did not dim the light that appeared to radiate from the mother-to-be in the photo. Katie stood on a dock with the vast ocean behind her. The composition of the photo was absolutely stunning. 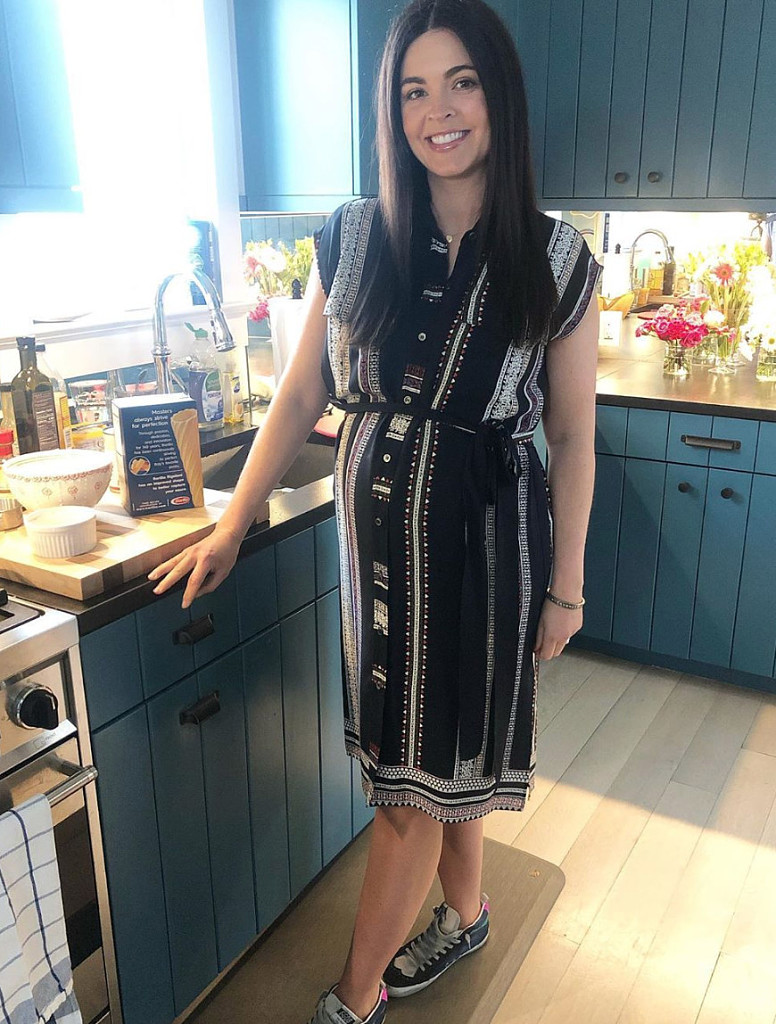 The Kitchen host used to document her pregnancy. She shared healthy recipes, told her us about her food cravings, and most of all was grateful for all the well-wishes she had received over the past six months regarding the birth of her baby.