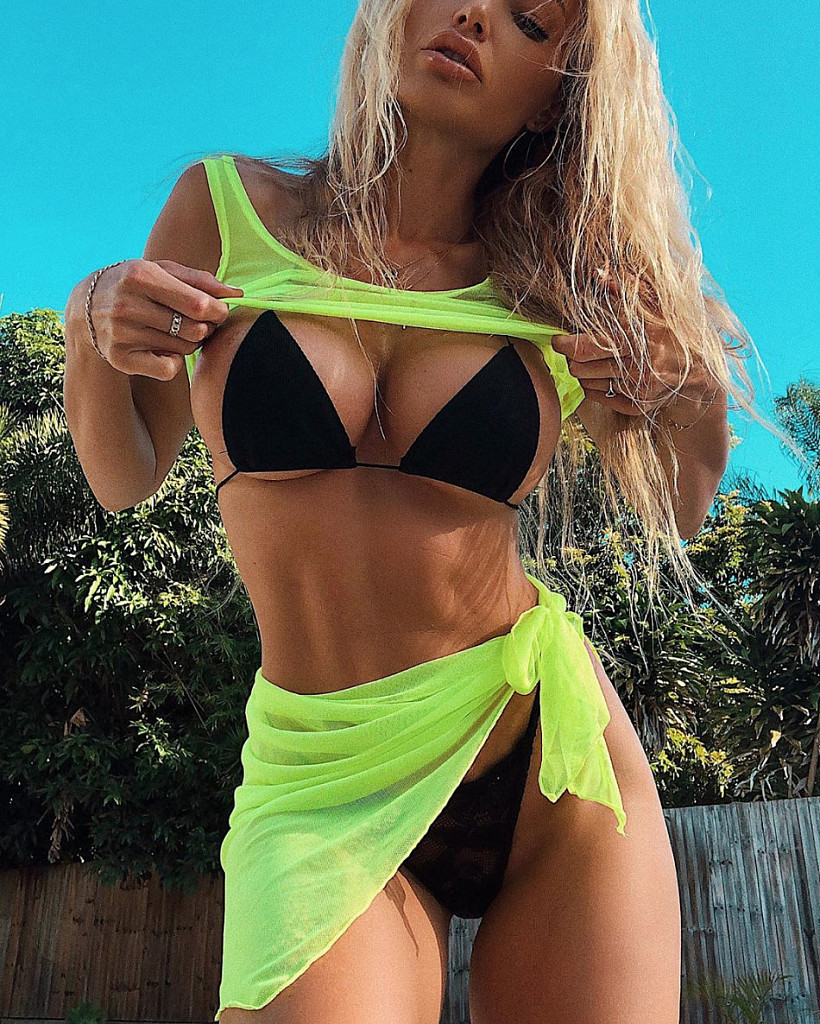 A gorgeous scene of vibrant green trees and the cloudless blue sky filled the space behind her as she worked the camera, which sat just a short distance away. It was angled up at the star as she posed by popping her hips out slightly to the side to emphasize her curves while pursing her plump lips in a sultry manner.

Meanwhile, Abby tantalized her audience by lifting up her neon green top to show off the black bikini she sported underneath. The top had thin straps that wrapped around her neck and rib cage, and a plunging neckline that exposed a massive amount of her voluptuous cleavage. The swimwear also featured a set of minuscule triangle-shaped cups that were barely enough to contain her chest, adding a glimpse of underboob to the already scandalous display. 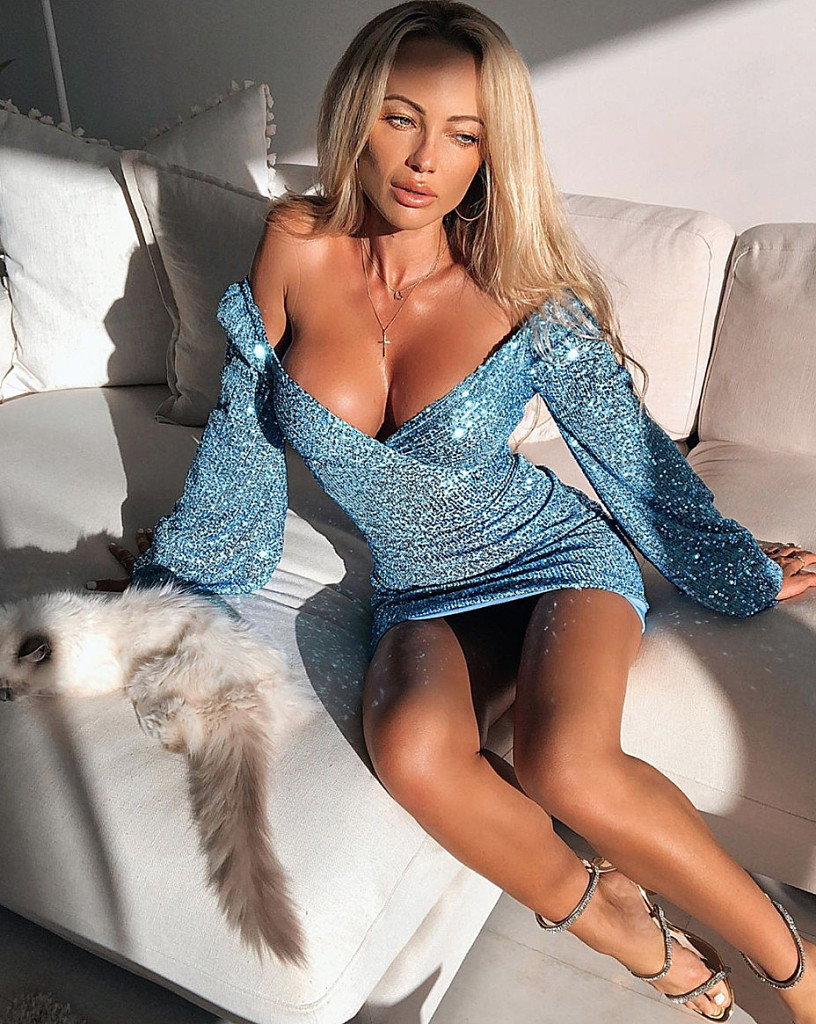 Rather than the matching bottoms of the set, Abby appeared to be wearing a black lace thong on her lower half. It boasted a daringly high-cut design that allowed the blonde to showcase her sculpted thighs and a thin waistband that highlighted her trim waist. As an extra layer to her look, she wrapped a neon green sarong loosely around her hips, which drew even more attention to her taut tummy. 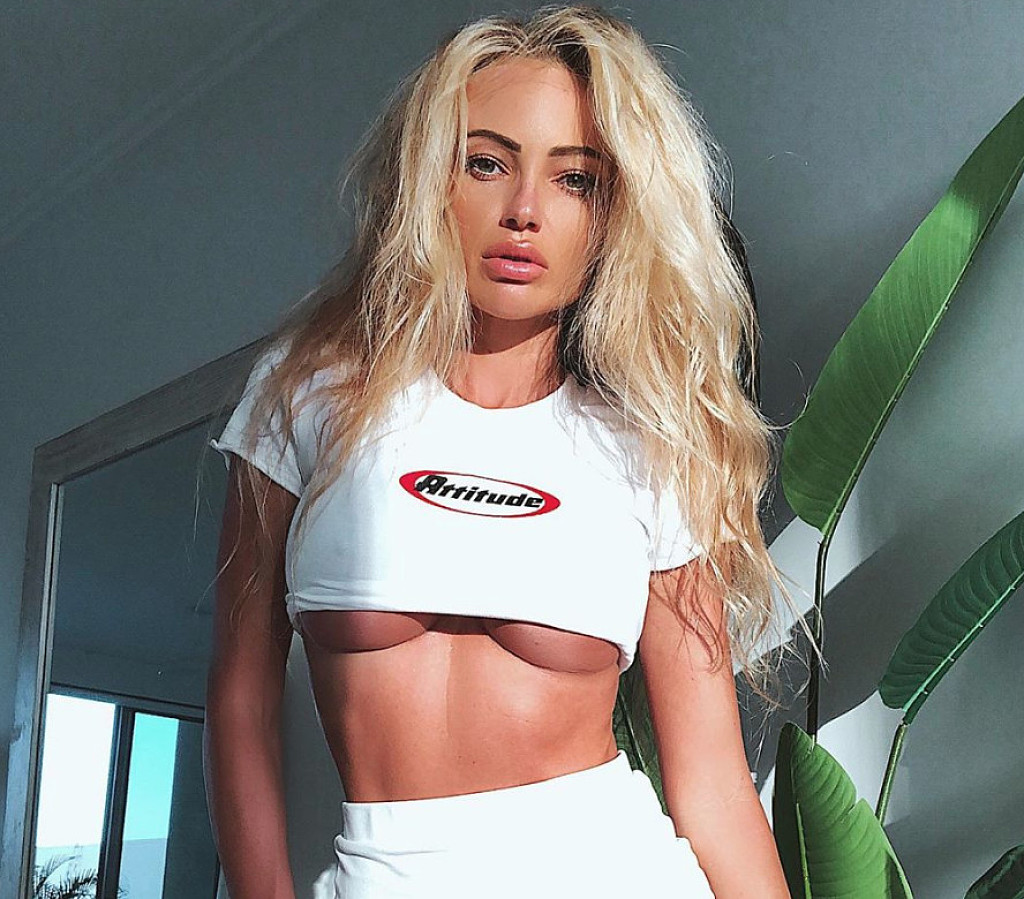 Abby’s accessories for the day were on point as well and included a trendy necklace stack, chain bracelet, and a pair of oversized hoop earrings. She left her platinum tresses down in messy waves that spilled over her shoulder and wore a touch of makeup as well. The application seemingly included a nude lip gloss, blush, highlighter, and mascara.