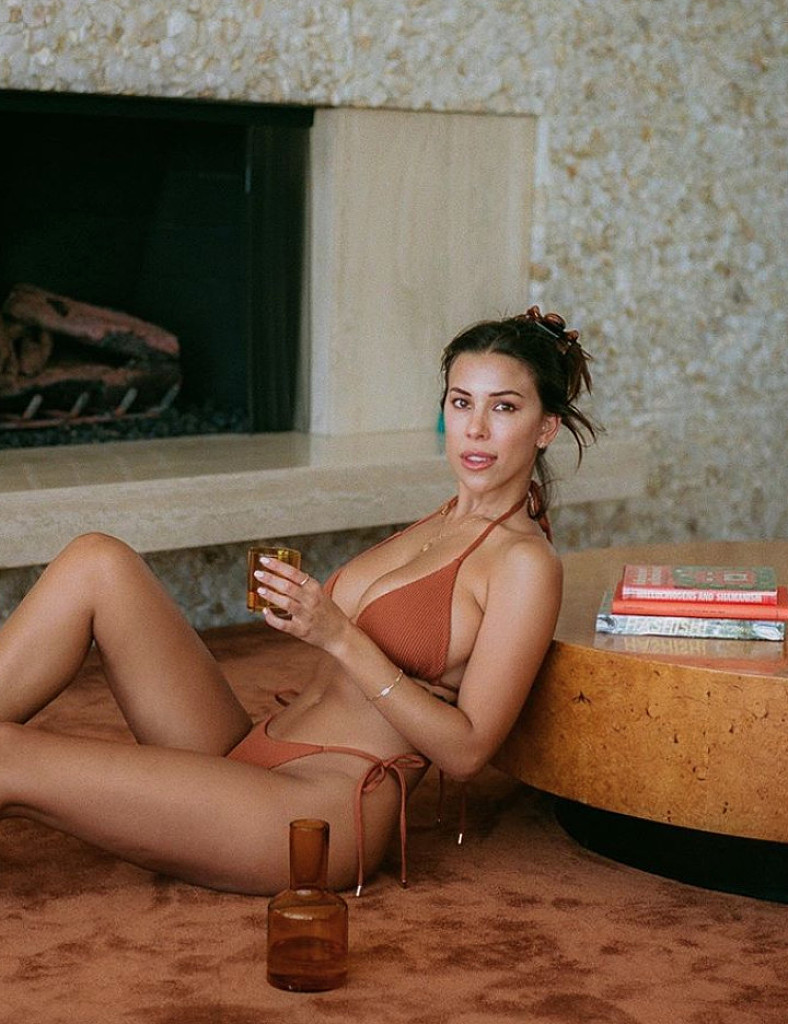 Devin Brugman having fun at home in her bikini

She was indulged in a book in the first two slides of the post, while the final shot saw her leaning up against the round table behind her with a glass of water in her hand.

Despite being photographed inside, Devin looked ready to eventually head out and soak up some sun, as she was clad in a sexy string bikini that did nothing but favors for her killer curves. 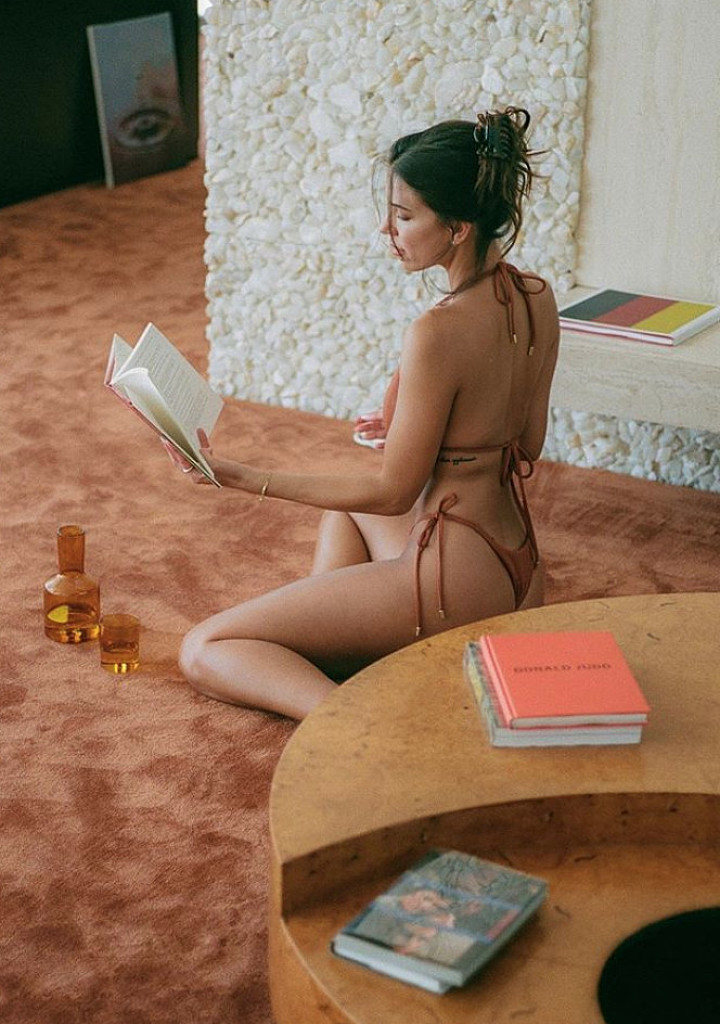 It included a pair of daringly cheeky bikini bottoms that exposed her round booty almost in its entirety as she hunched over on the floor and flipped through the pages of her novel. The number also featured a stringy, curved waistband that was tied high up on her hips in dainty bows to highlight her trim waist, taut tummy, and abs. 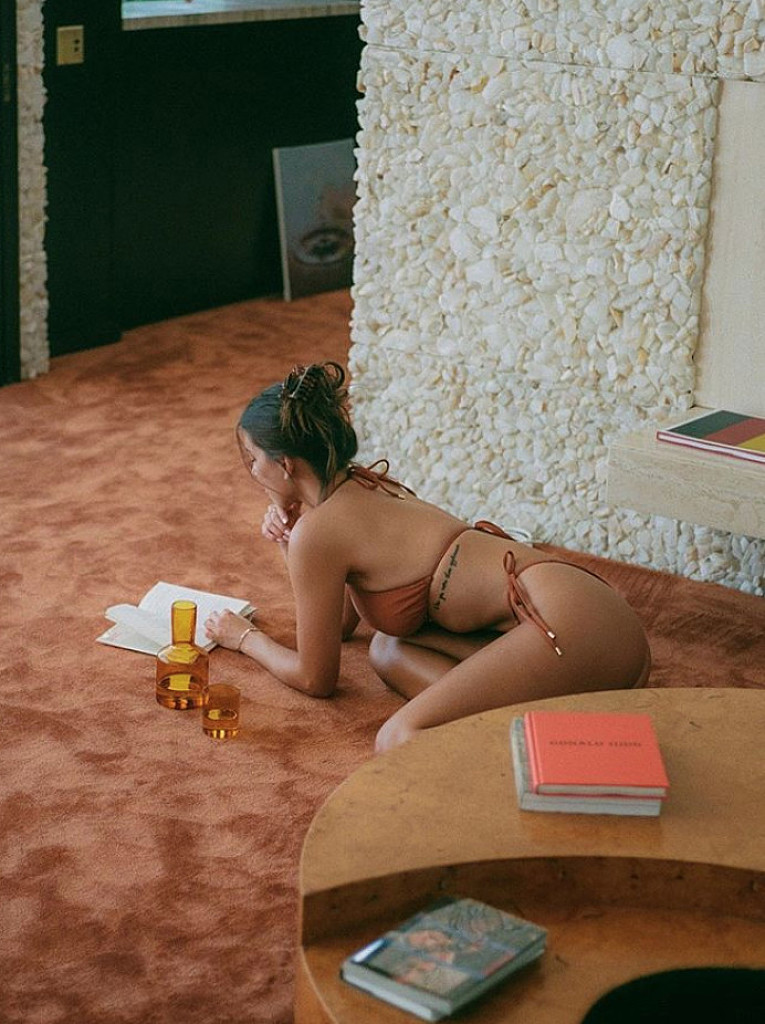 The 29-year-old also sported a matching, halter-style bikini top that left little to the imagination. It had thin straps that were tightly knotted around her neck and ribcage to accentuate her slender frame. Fans were also treated to an eyeful of the model’s voluptuous cleavage thanks to the garment’s tiny triangle cups and plunging neckline.