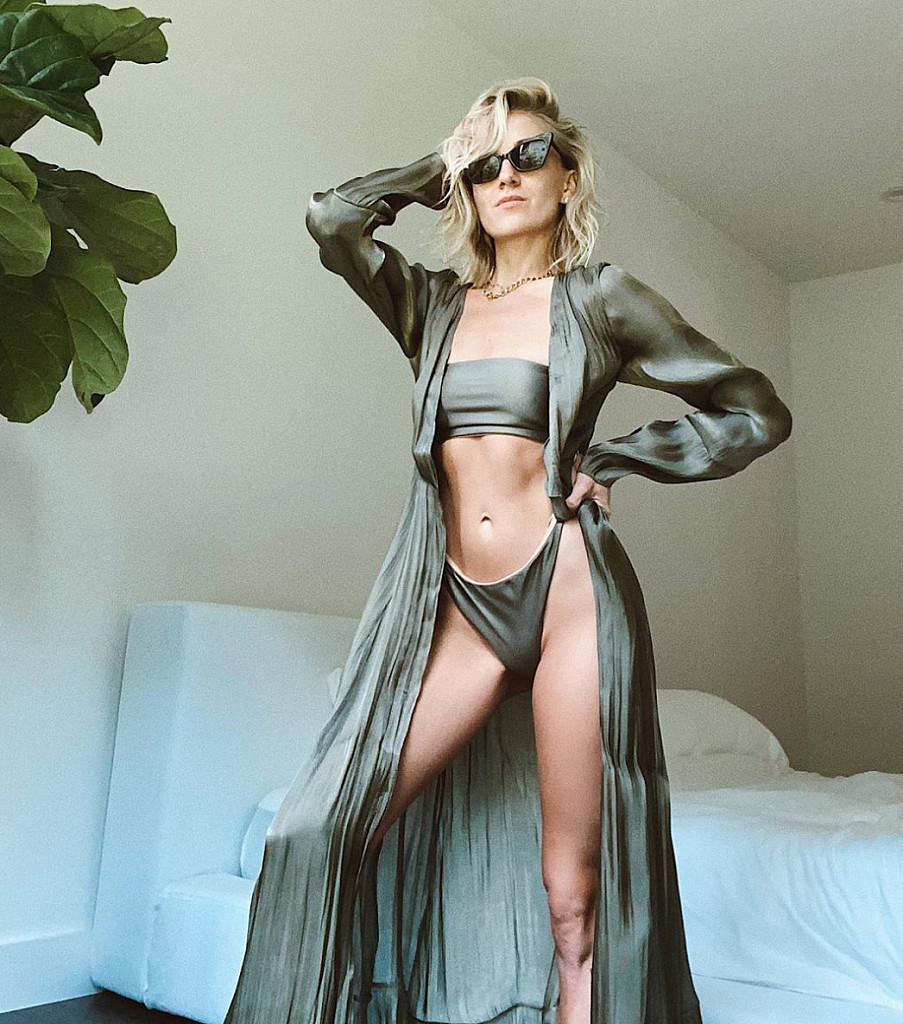 The new photo showed Nastia wearing a bikini and matching coverup robe. The bandeau top and high-waisted bikini pieces showcased Nastia’s long, lean figure and the robe added a touch of sass. Fans are used to seeing Nastia’s legs that seem to go on forever, but this particular pose also gave Nastia a chance to flaunt her chiseled abs as well.

The Olympian stood with one hand on her cocked hip and her other hand rested on her head. She wore dark sunglasses and a chain necklace, and she had her blond hair styled with some messy waves that were swept over her head. 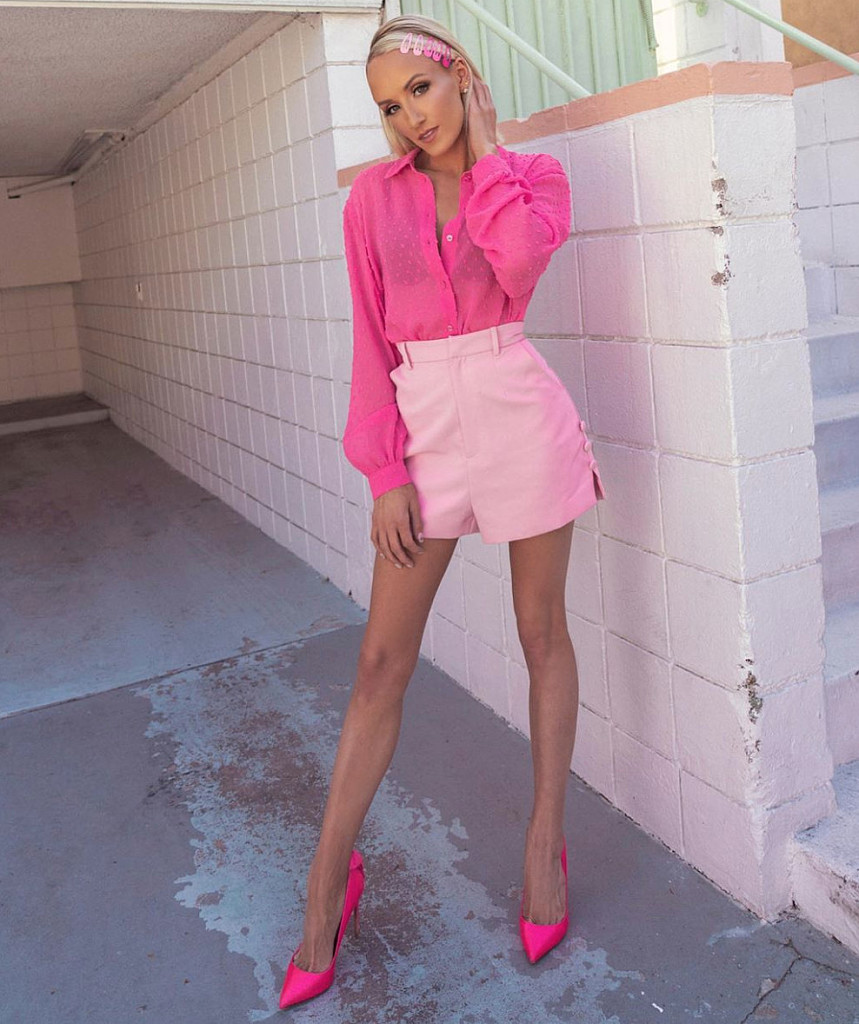 In her caption, Nastia teased that there was nothing to see there and that she was just hanging out with her new plants. There was a tall plant of some sort just out of the frame of the photo, a handful of large leaves visible on the edge of the photo. 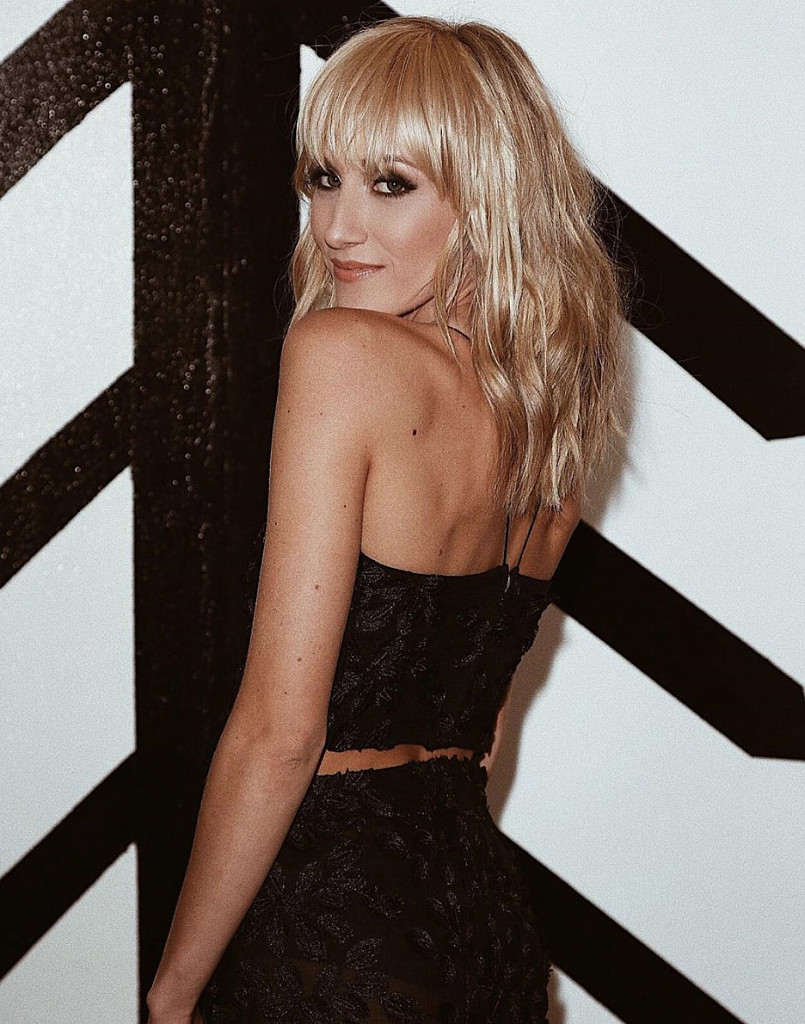 Behind Nastia was what appeared to be her white platform bed, a piece she showcased in another photo not long ago. The gymnast’s bedroom may be pretty plain at this point, but it sounds as if she’s working on adding some personal touches little by little. 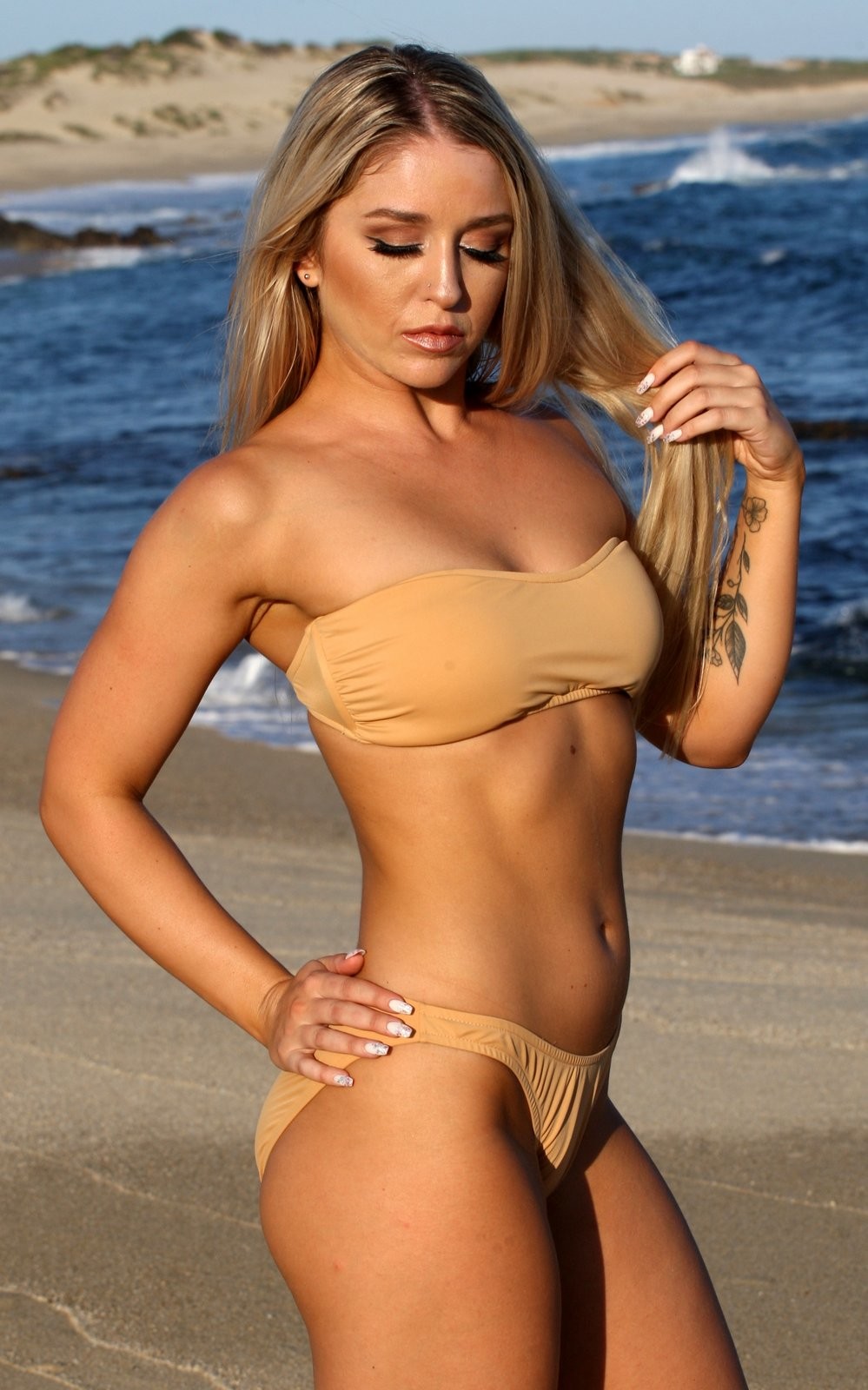