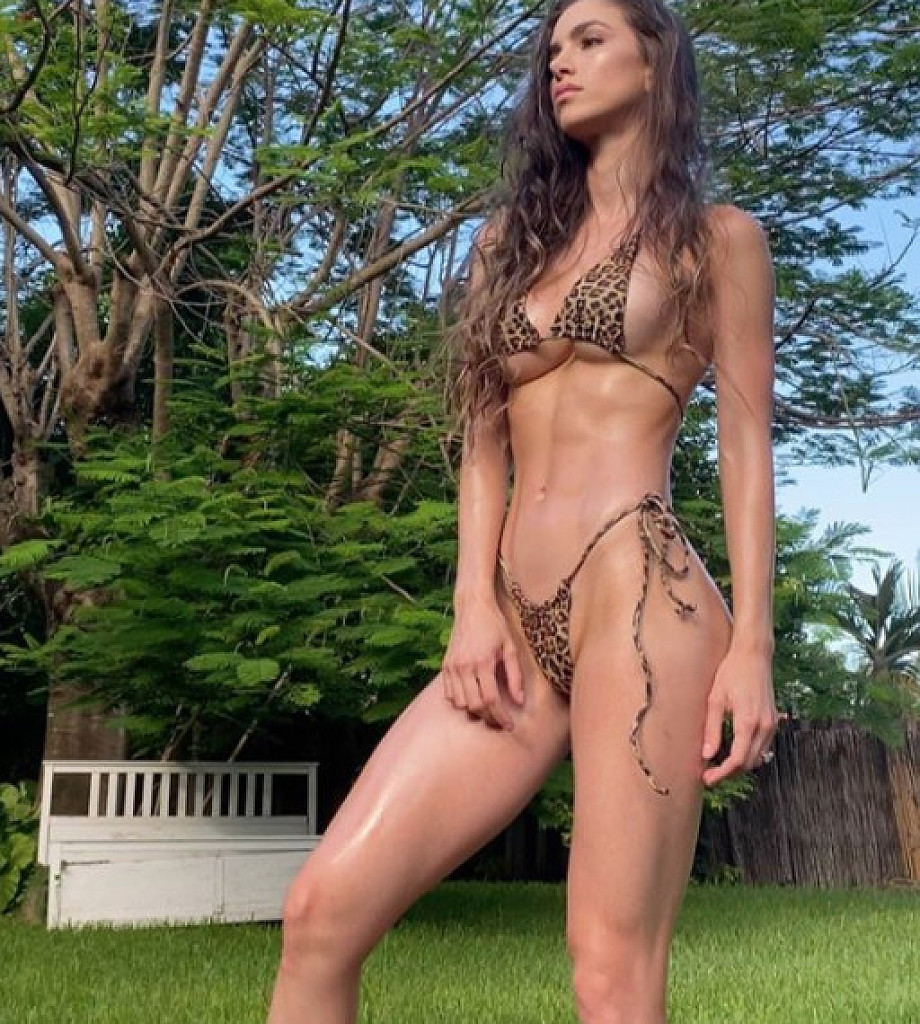 Anllela wore a skimpy animal-print, two-piece bikini. The top featured shoestring straps that tied up around her neck in a halter-style and the triangular cups barely covered the model’s ample assets, which resulted in some underboob on display. The bikini bottoms also featured thin straps that tied up in bows and sat high on Anllela’s hips.

As she smiled at the camera, her physique was on display due to the scanty swimwear and her toned abs were evident as were her shapely legs and slender arms. 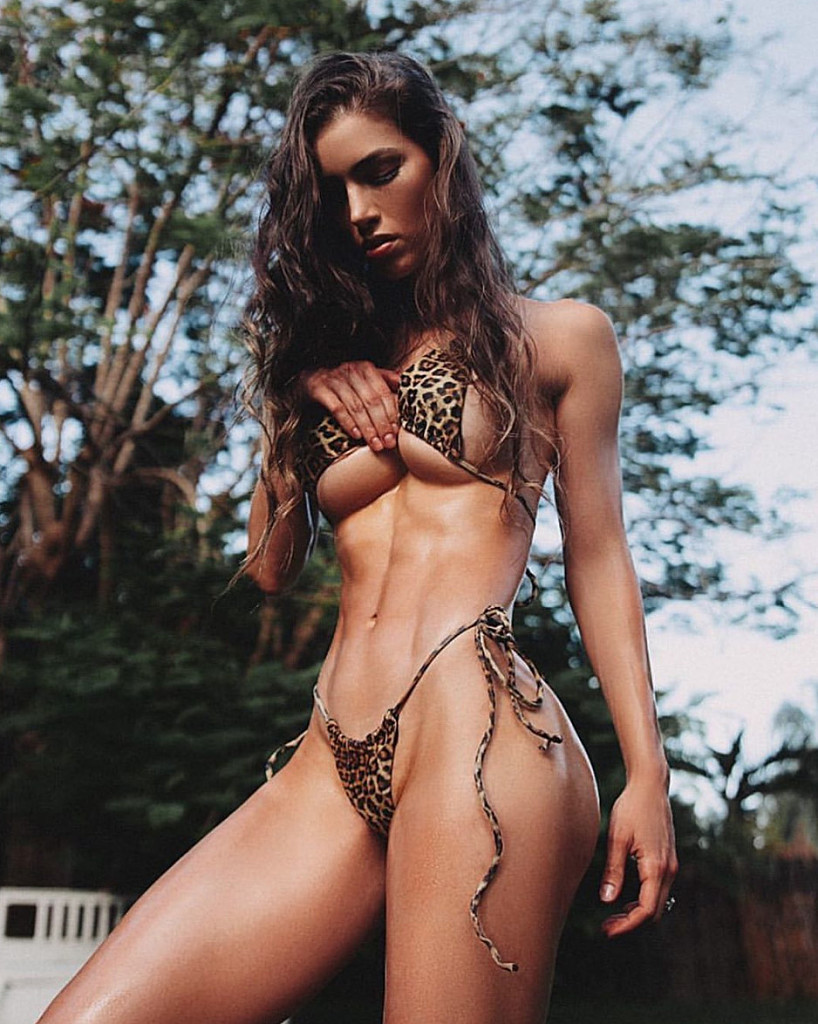 Anllela’s hair was unstyled and hung down in messy waves around her shoulders. The video zoomed in on the model as she ran her fingers through her long locks and also hitched her hips from one side to the other. 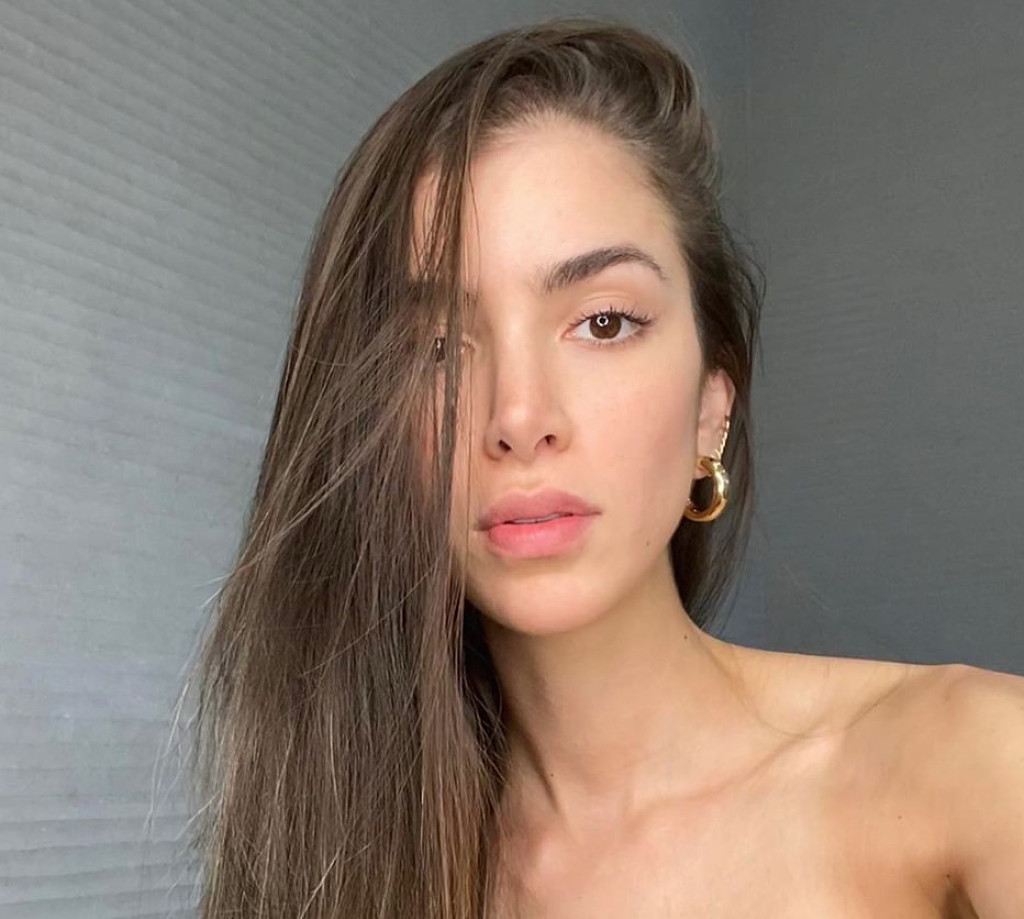 Anllela wore very little makeup. On her eyes, it appeared that she wore neutral shades of eyeshadow as well as some mascara and eyeliner. It was unclear if she wore any lipstick or lipgloss as the shot quickly panned in from her entire body to merely her midsection. 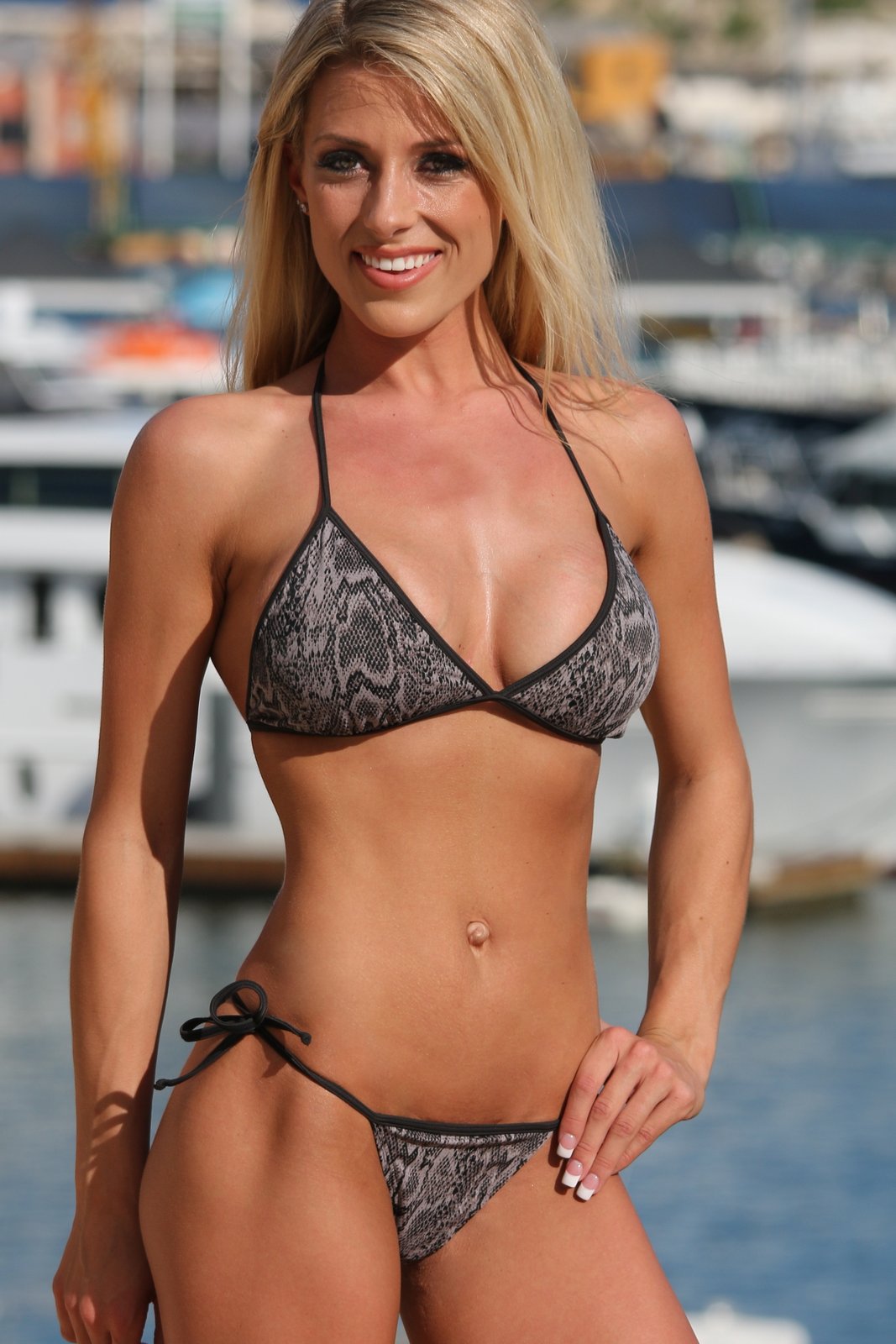 This bikini is so wild in Cobra print fabric. Top stas put in non-sliding triangles and ties in back and around your neck for a perfect fit. Tonga (Non Coverage) back bottom is sexy and will show off your best assest and fits just the way you want it with ties on each side. Bring out your crazy side in this fun...