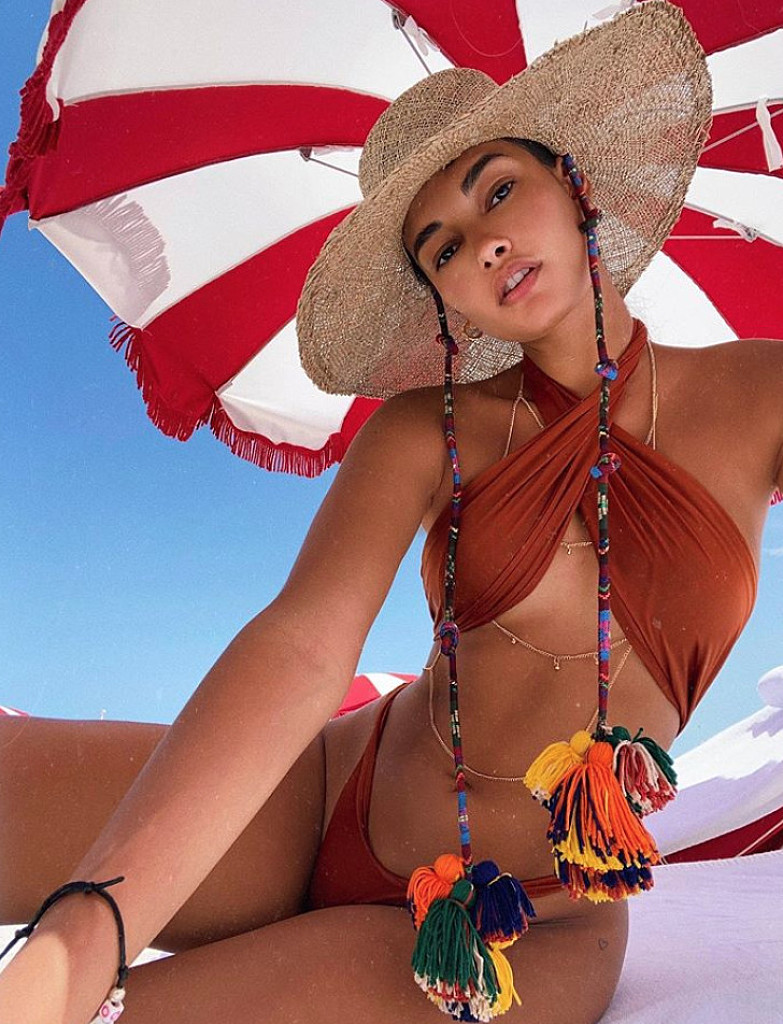 Gizele Oliveira sported a skimpy orange bikini at the beach

The first image in the series captured the model lounging outdoors. A geotag in the picture indicated that she was in Miami Beach, Florida, where she appeared to be soaking up some rays. The model was perched on a towel-lined lounge chair and seemed to be hanging her feet off the edge though her entire legs could not be seen because of the way that the photo was cropped. It looked to be an optimal day for sunbathing with a clear blue sky overhead. Gizele used a red-and-white pinstriped umbrella with a fringe on the edges to shield herself from the sun.

She looked into the camera with a sultry stare, and her right hand was extended in front of her as if she was snapping the photo. The model sizzled in a burnt-orange bikini. The skimpy suit was worn around her neck, and its fabric stretched over her chest, covering only what was necessary while leaving her shoulders and arms bare. She added another sexy element to her upper half with a set of layered necklaces that draped down to her toned midsection. 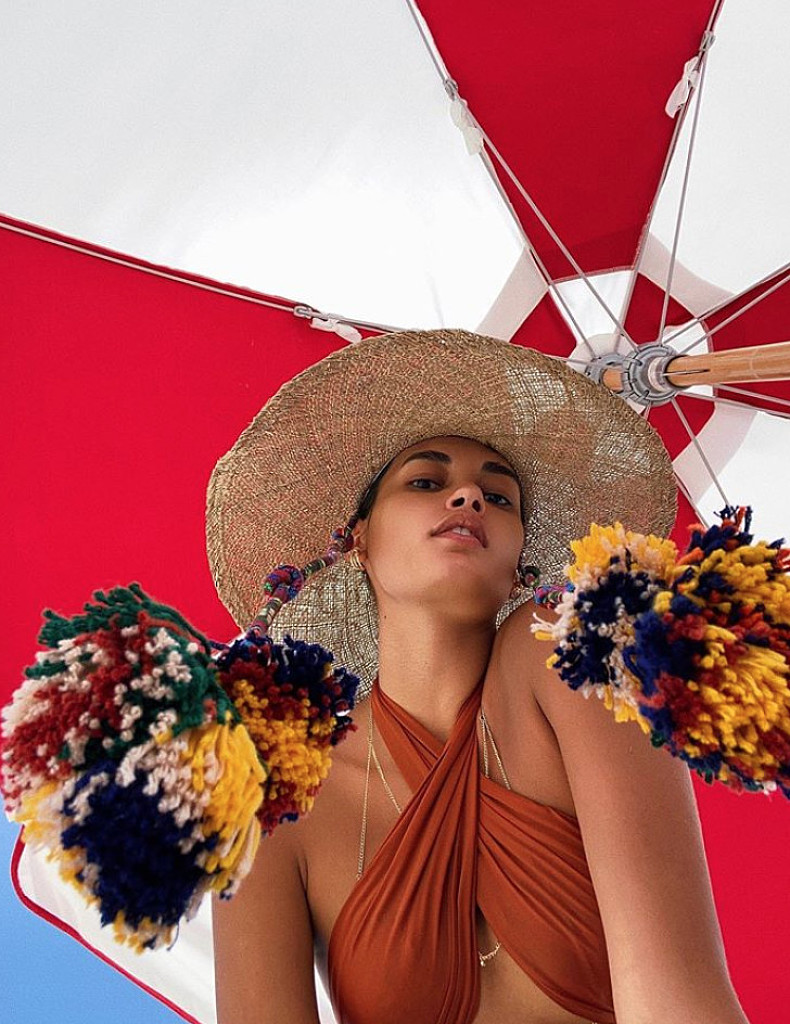 The bottoms had thin sides that were worn high on her hips, which helped accentuate her bombshell curves. Gizele also teased a glimpse of her sun-kissed legs in the shot. The second photo in the set showed the model crouching over the camera. 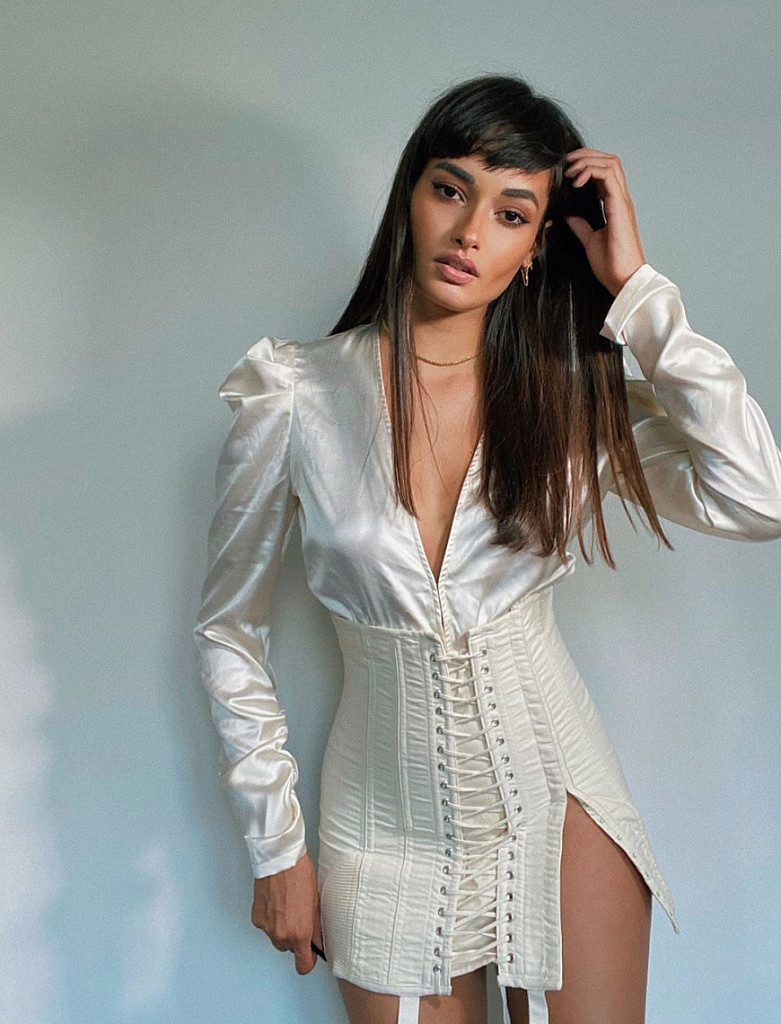 In both photos, she wore her black tresses out of her face and added a straw hat that provided an extra layer of protection from the sun. The boho-chic headwear had braided straps that were decorated with colorful pom-poms. Gizele sported a few bracelets on her wrist to complete the fashionable look. The model appeared to be wearing minimal makeup and rocked defined brows and what looked like lip gloss. 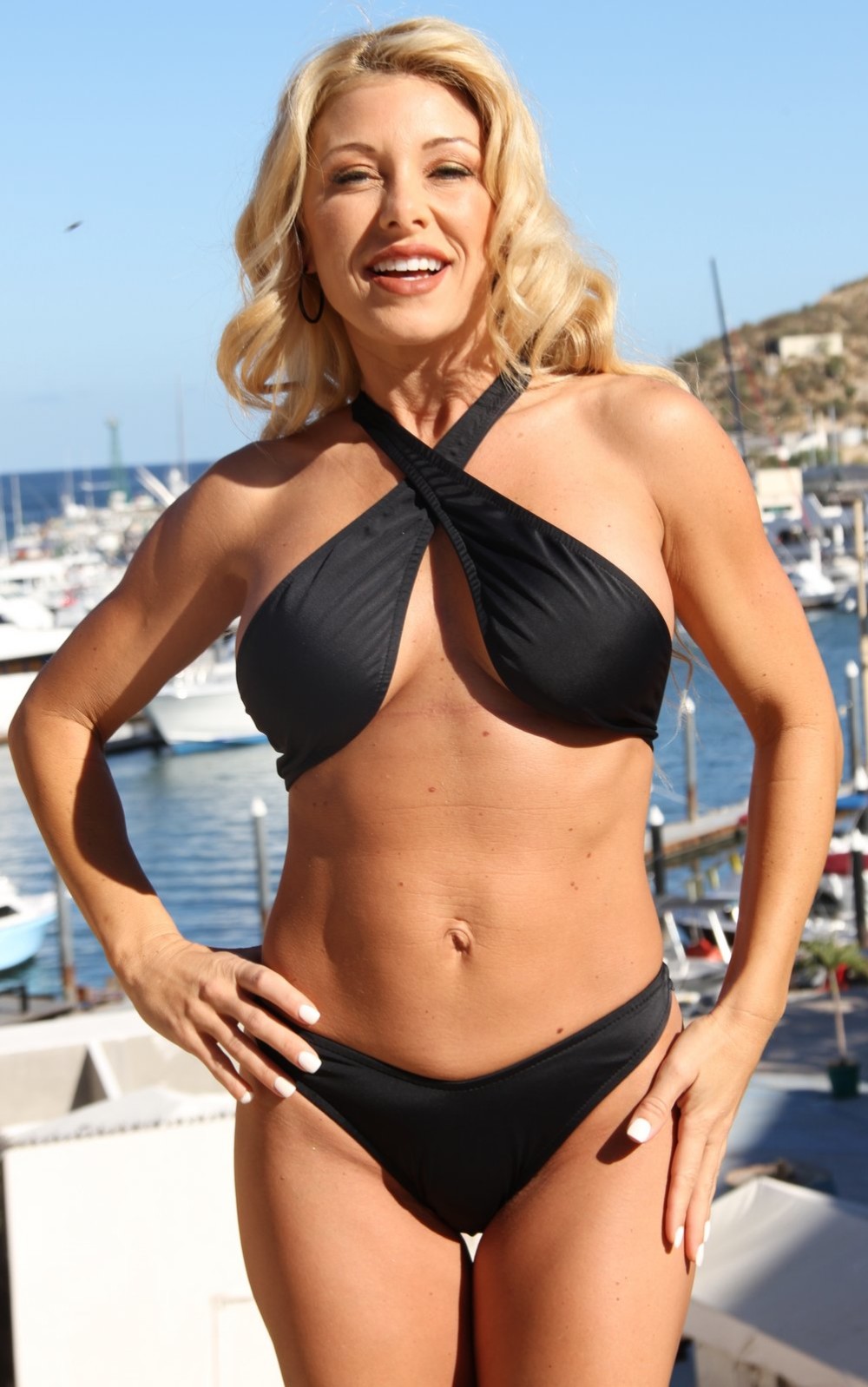 UjENA Wrapsody Monokini The twisted monokini design wraps around the neck, across the bust, to the back crisscrossing and wraping around you for the coolest monokini on the planet!  The suit will creat a slimming at your waist, while emphasizing your bust. The Wrapsody will wrap around your body and follow your every curve! Cross front and back Wide straps High cut legs ...