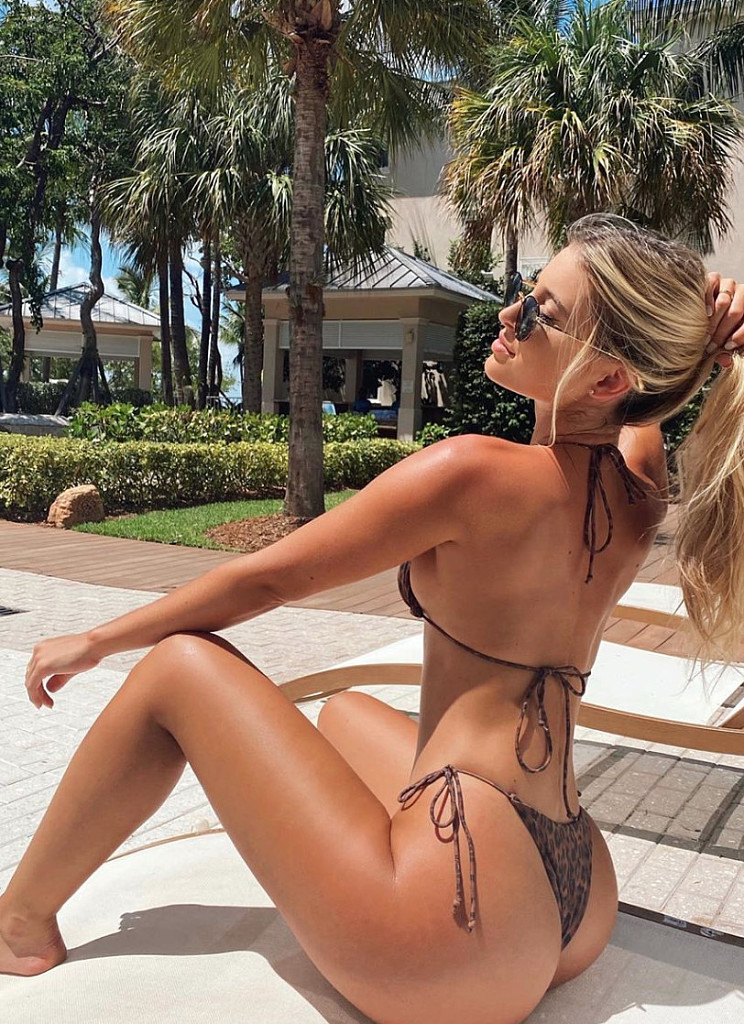 Jilissa wore an animal-print two-piece swimsuit. Her pose made it difficult to get a full look at the front side of her swimwear. From what was visible, she sported a minuscule top with itty-bitty cups that barely contained her shapely breasts. From the side angle, the garment showed a glimpse of sideboob, which delighted us. Floss-like strings provided support for the piece, which were tied over her neck and around her back.

She sported matching thong bikini bottoms that boasted a low-cut waistline. The style helped accentuate her flat tummy. The waistband clung to her curvy hips, highlighting her slim waistline. The back of the clothing perfectly showcased her perky booty. 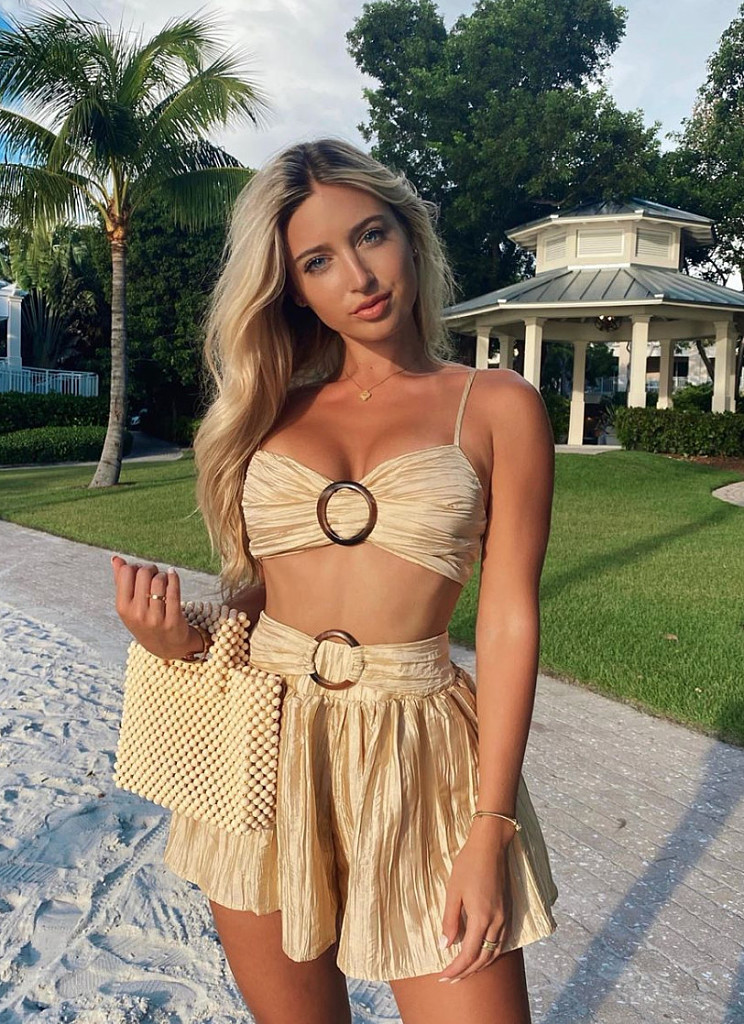 Jilissa was clad in her scanty attire in a resort in the Florida Keys. She was seen lounging on a sun bed, spreading her legs with bent knees. Her right hand was holding her hair into a ponytail, while the other arm rested on her knee. Her toned backside was directed to the camera, making her round posterior the main focus of the shot. She raised her chin toward the sky with a sultry expression on her face. The bright sunlight illuminated the scene, which also made her bronze tan glow. 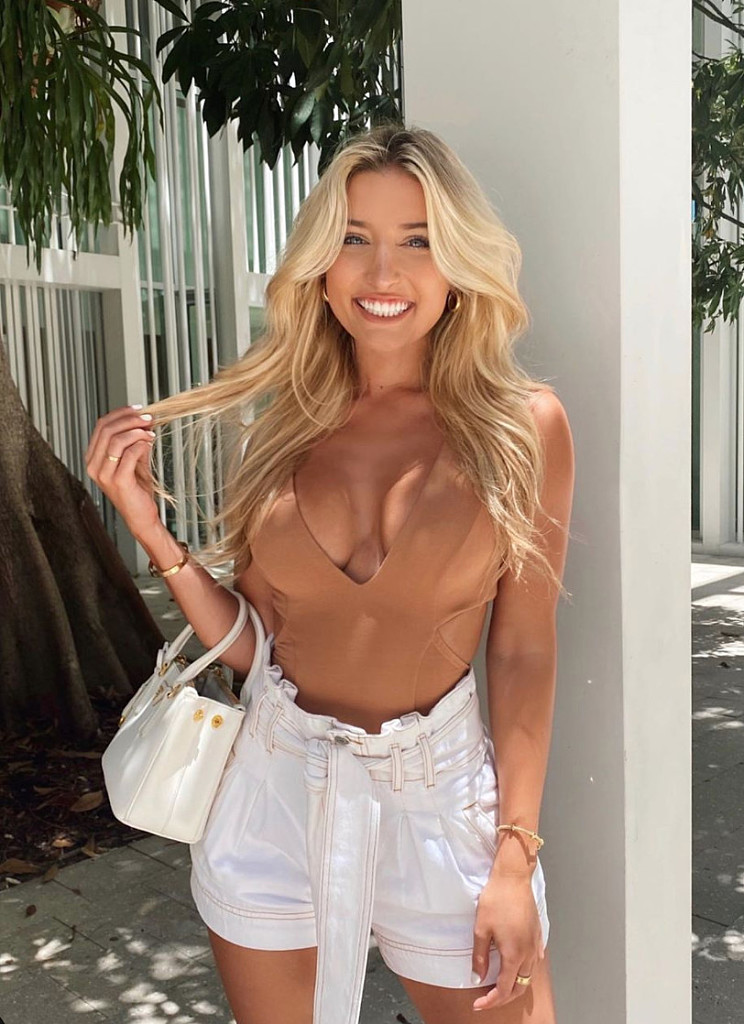 She sported dainty stud earrings and several rings with her beach day attire and completed her look by painting her nails with white nail polish.