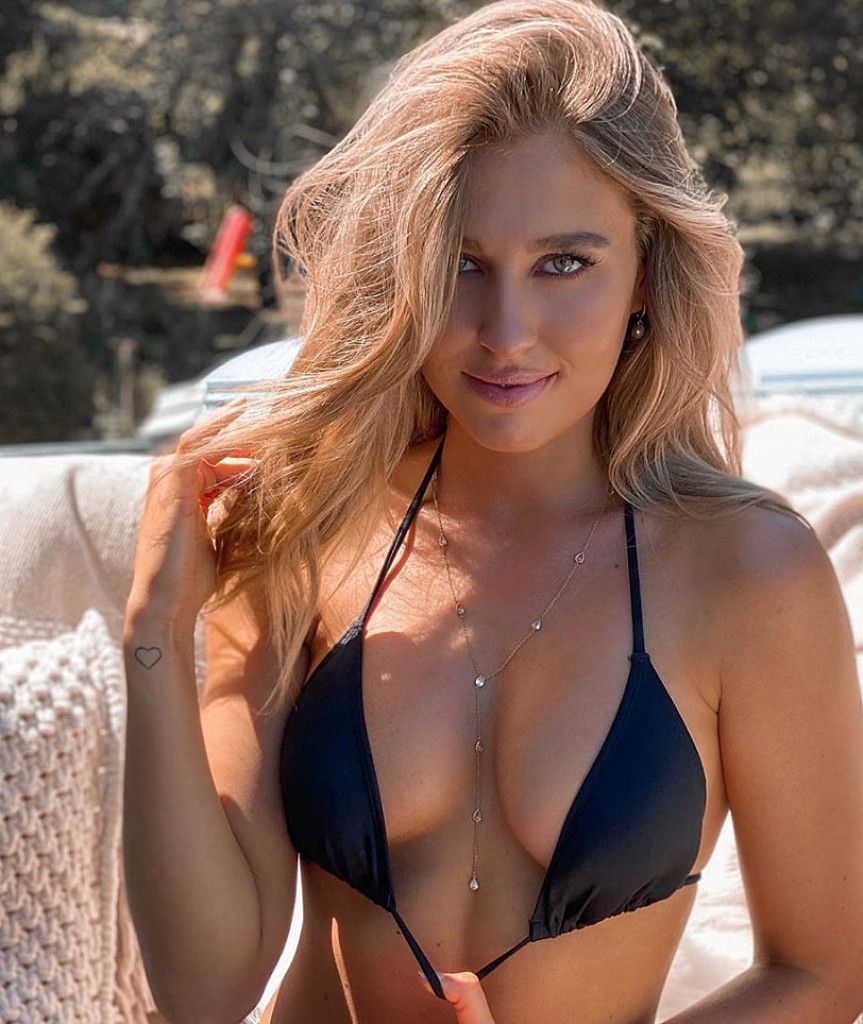 The German model Deborah Tramitz is on vacation in Lake Garda

The image was taken at the Hotel Du Lac in Italy, per the geotag, where Deborah found the perfect spot to work on her tan. She laid out across a plush towel and rested her head in her hand as she gazed at the camera in front of her with a sultry stare. A gorgeous view of the water could be seen in the background behind her and was illuminated by the golden sun.

she showcased her phenomenal figure in a scanty black bikini that left very little to the imagination. The two-piece set included a pair of scandalous bikini bottoms that showcased the star’s bronzed booty nearly in its entirety. It had a thin, strappy waistband that was tied in dainty bows on both sides of her hips, accentuating her trim waist and hourglass silhouette. Fans were also treated to a glimpse of her sculpted thighs and lean legs in the shot, much to their delight. 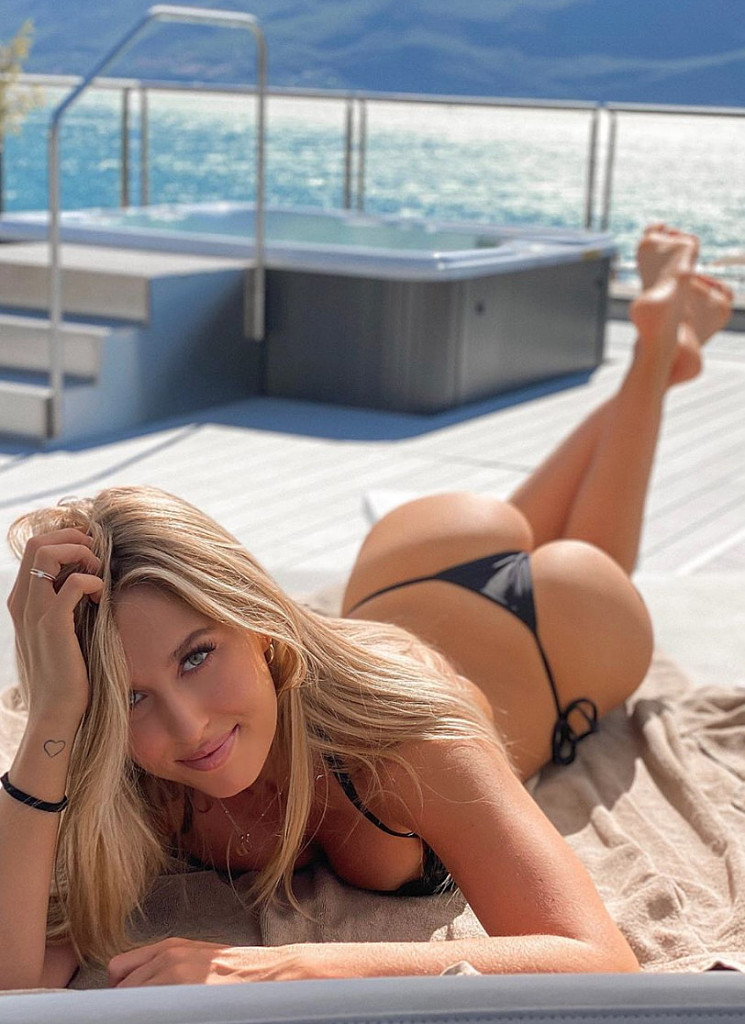 Most of the model’s bikini top was hidden due to the fact that she was laying stomach-down, though it wasn’t hard to tell that the swimwear was just as risque. It appeared to be a halter-style number, as its thin straps looped behind her neck while simultaneously showcasing her toned arms and shoulders. An eyeful of her ample cleavage could be seen as she posed for the shot, suggesting that the piece had tiny cups and a plunging neckline as well. 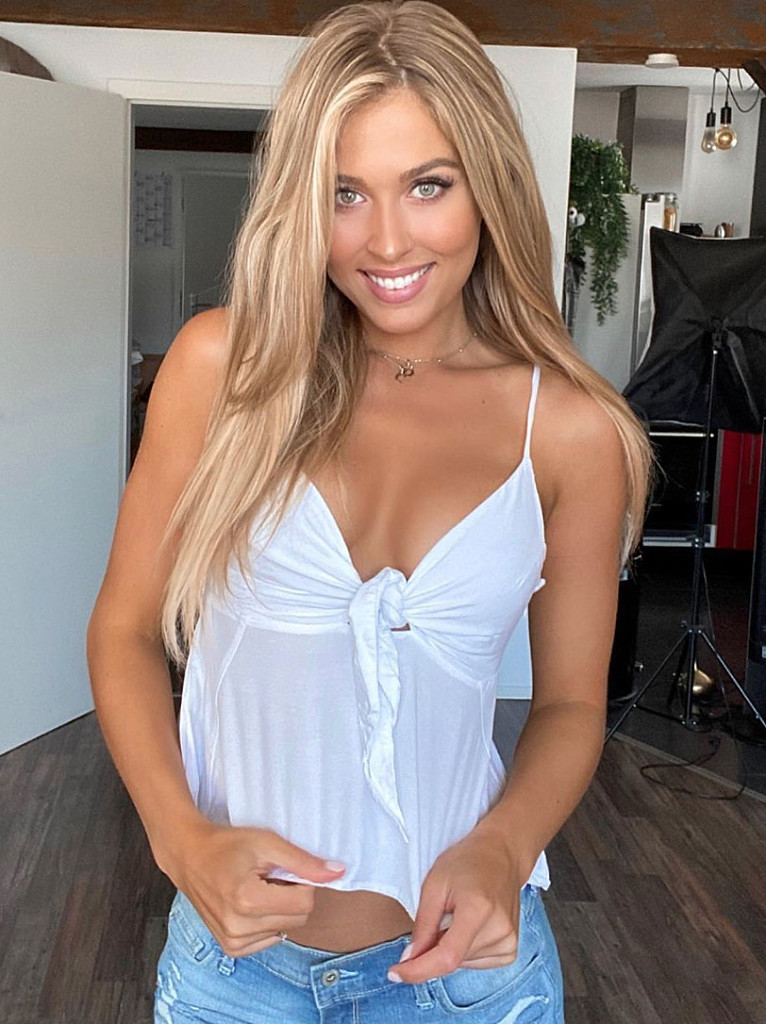 Deborah styled her platinum locks down as she lounged outside to soak up some sun. She also added a pair of gold hoop earrings and a few trendy pendant necklaces to give her barely there look a bit of bling.