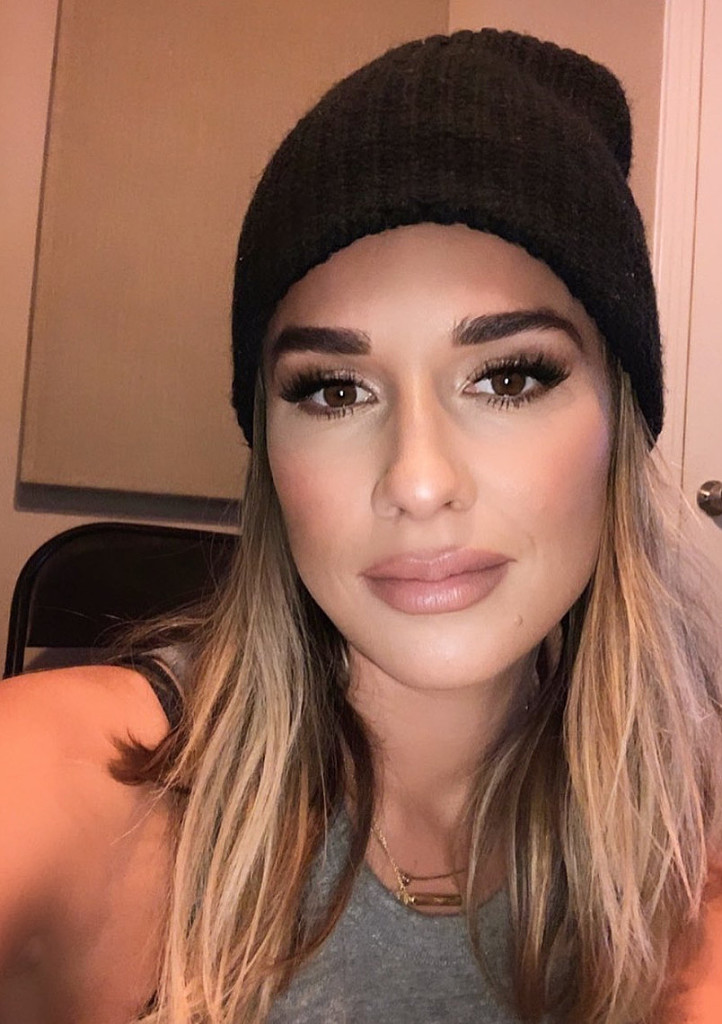 Jessie posed in a breathtaking outdoor space with several towering trees visible in the background, as well as a thin tree that she leaned against as she flaunted her curves.

Jessie flaunted her flawless figure in a two-piece swimsuit with a simple yet sexy silhouette. 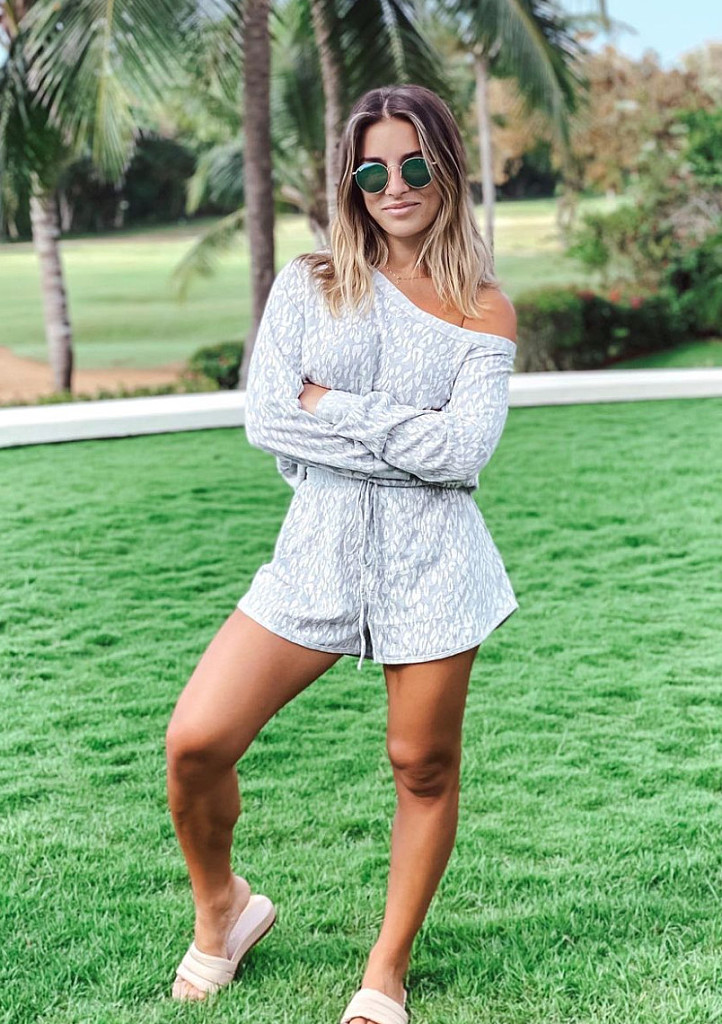 The swimwear was crafted from an animal-print material that looked gorgeous against her sun-kissed skin. The top had triangular cups that hugged her ample assets, dipping low in the front to showcase a serious amount of cleavage. 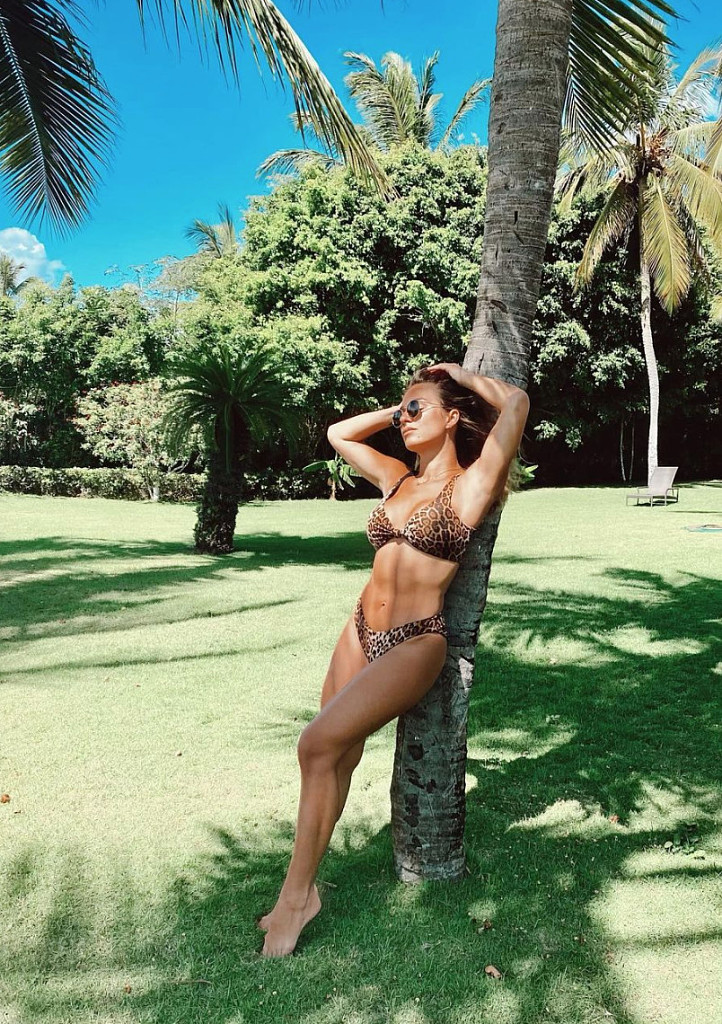 Thin straps extended over her shoulders, leaving her toned arms on display, and the fabric stretched over her curves while still exposing plenty of her figure. Her chiseled stomach was also visible in the look.

Jessie paired the top with bottoms crafted from the same material. They were a super basic style, yet still looked incredible on Jessie's sculpted figure.

The bikini bottoms dipped low in the front, flaunting plenty of her flat stomach, and stretched high over her hips in a cut that elongated her legs.

Jessie was barefoot in the image and had one foot planted on the lush green grass below while the other was pointed slightly in a pose that accentuated her incredible legs.

Jessie kept the look simple, adding a pair of sunglasses as her only accessory.

Her hair was pulled back away from her stunning features, and she had the sunglasses perched atop her nose as she soaked in the sunshine. Though her lower half was primarily in the shade, the rays beamed down on her upper body, illuminating her skin.

She had both hands resting atop her head, arms wide as she showcased her physique for the camera. The entire shot was peaceful and relaxing, giving off some major vacation vibes. 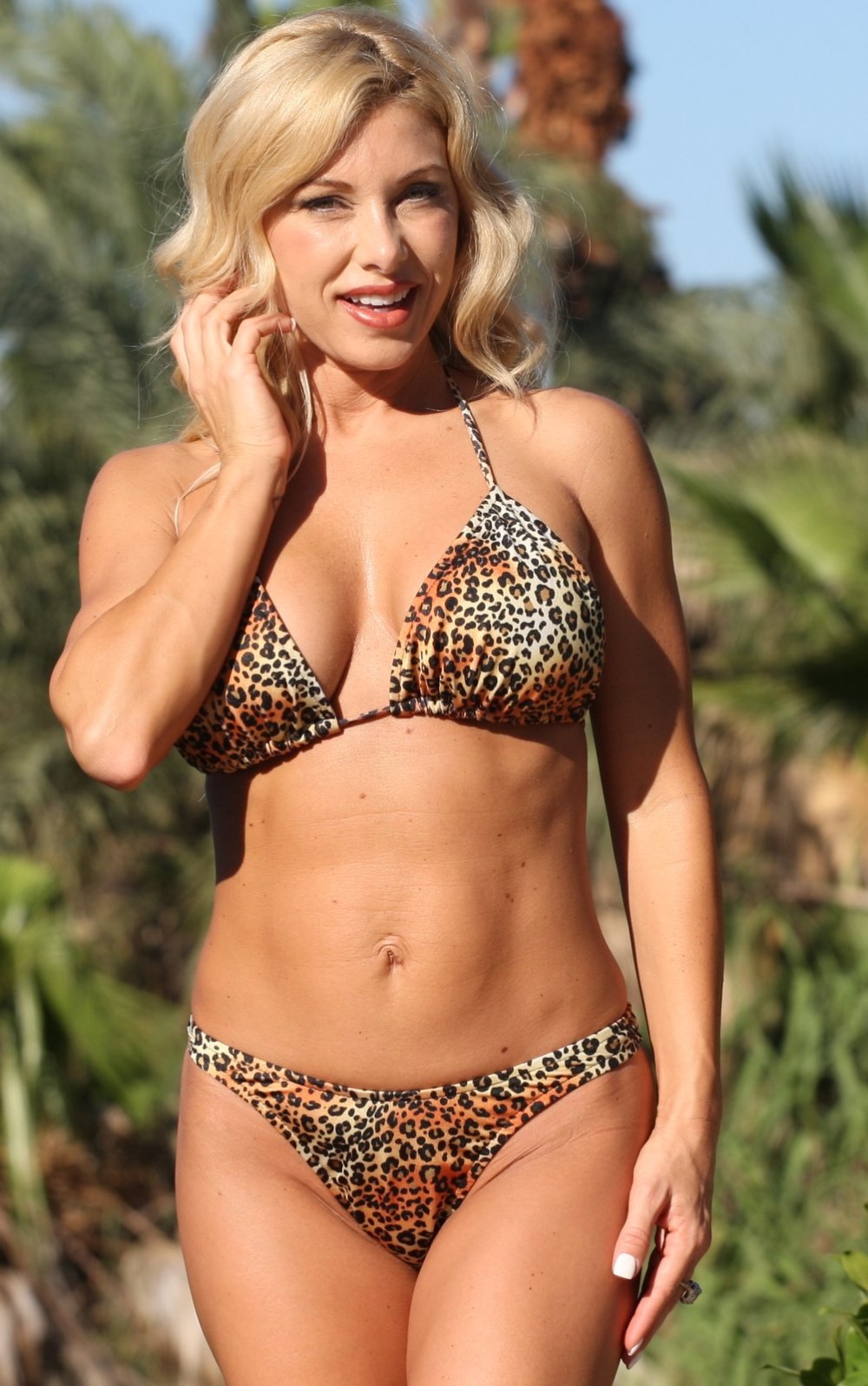