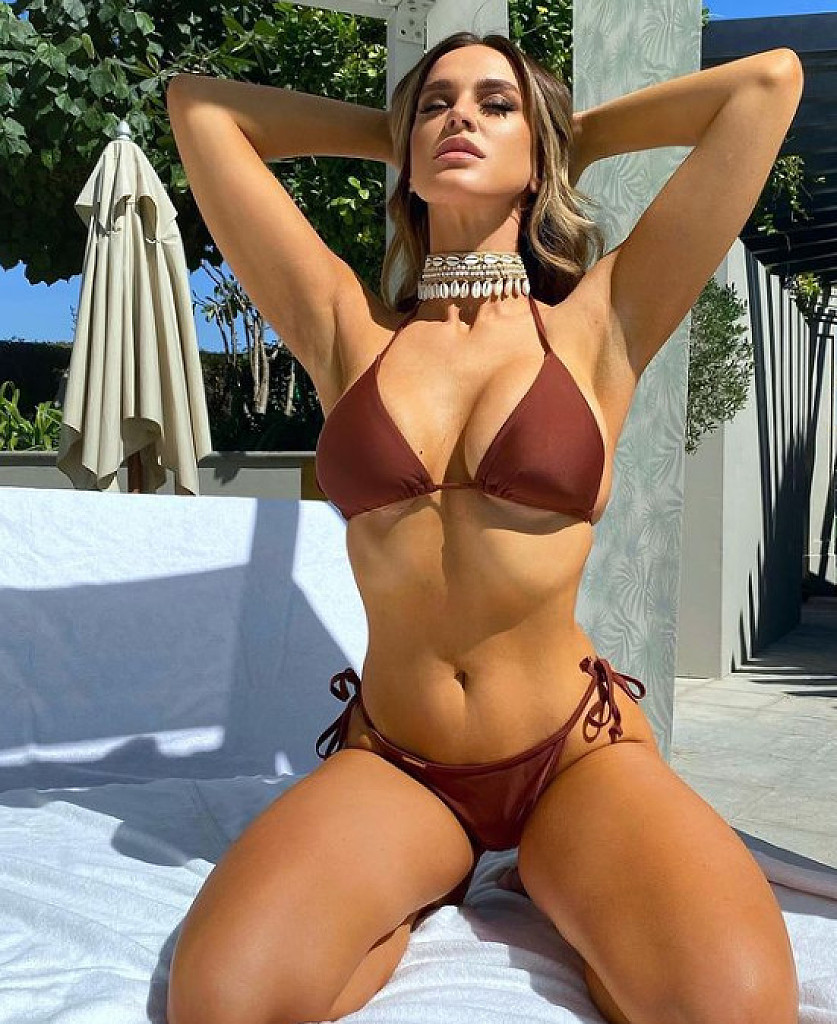 Vicky Pattison has been soaking up the sun in Dubai

Vicky Pattison shared some sizzling swimwear snaps as she kicked back on a sun lounger. The former Geordie Shore star, 34, showed off her incredible physique as she posed in the bikini and advocated body positivity.

Vicky knelt down in the sultry snap as her place her hands behind her head, sporting a full face of glamorous makeup and a shell choker necklace.

She wore her brunette locks in soft waves that tumbled down her back with subtle blonde highlights through the ends.

In the second image Vicky relaxed in a bid to prove that her body 'moves' and her tummy is 'squishy.'

Her inspiring post comes as she works to 'encourage people to stop beating themselves up' over their bodies and a reminder that not everything posted on social media is realistic.

In a lengthy caption, she penned: 'Holiday snaps: Posed versus More Relaxed. 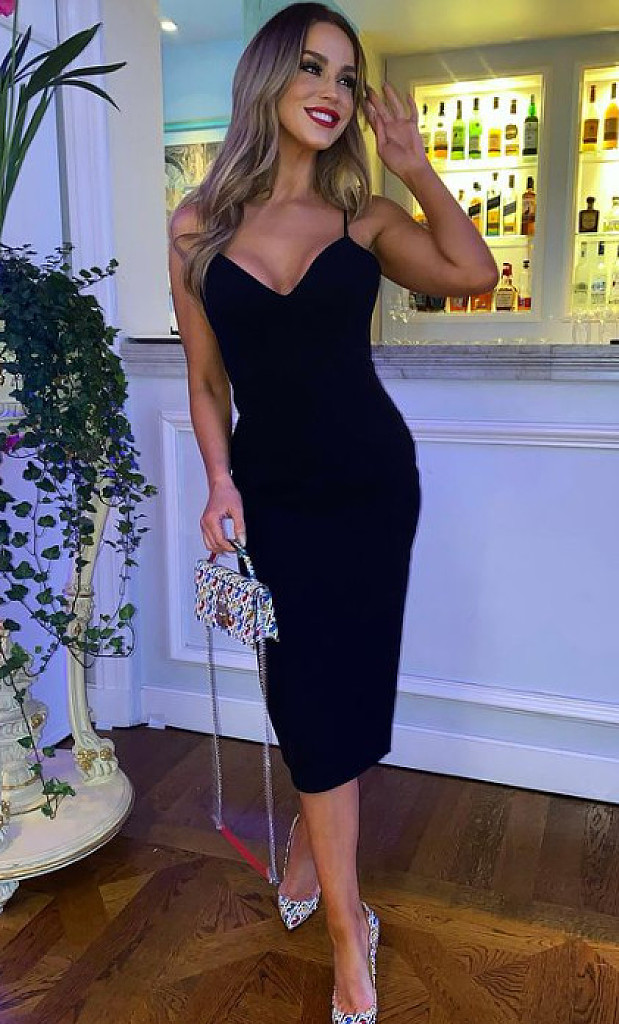 'So I've recently lost a bit of weight- it's not quite the overnight miracle everyone on social media seems to think it is- it's been happening gradually over the last year through an amalgamation of things & much to everyone's disappointment I'm sure- there's no great big secret to how I did it. I got my contraceptive out my arm after 15 years which had a huge impact on my body & also I got the worlds most energetic Pup- who we love DEARLY but needs to be walked between 2-3 hours daily.' 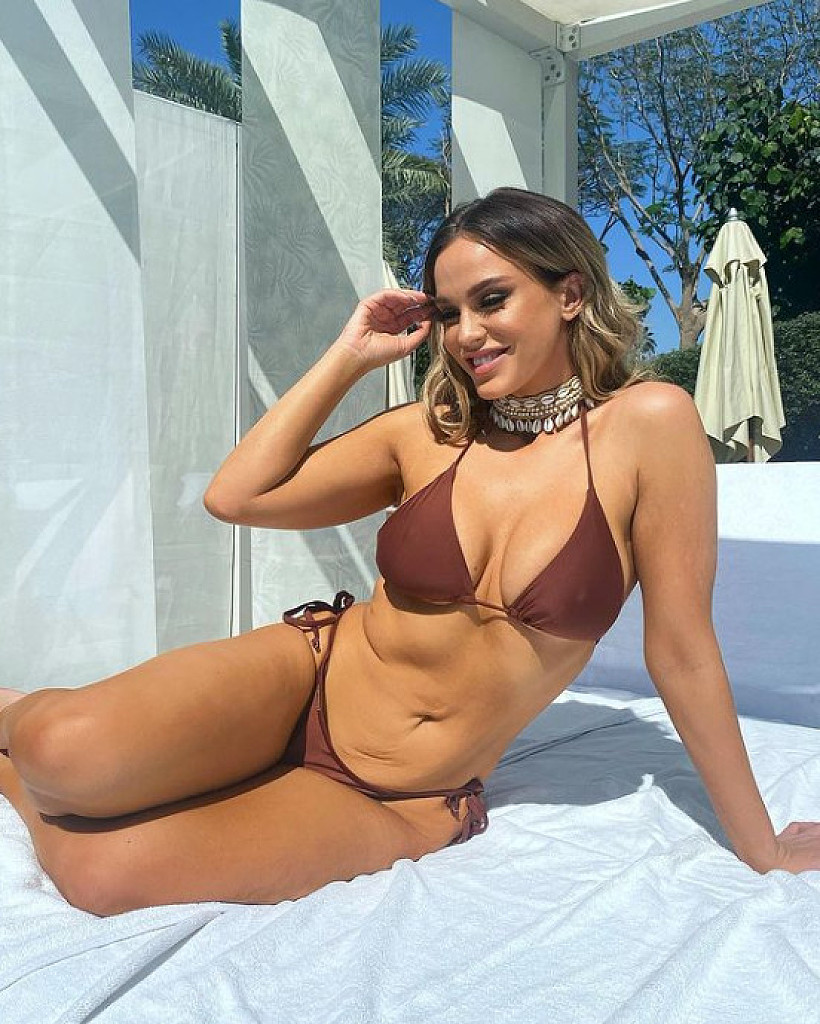 The television personality added: 'Although most people have been really kind about my new bod- there have been quite a lot of nasty comments with people even going as far to say they only liked me before when I was, in their words, an advocate for curvy women.

'Listen, I am an advocate for WOMEN full stop. Whatever your shape, whatever your size- & the only reason I started doing my 'Instas versus reality' in the 1st place was to show everyone that we are all capable of taking a good picture for the gram- & we shouldn't be comparing our beautiful bodies to anyone else's- especially not someone else's carefully curated Social media ones.'

She added: 'If I want to stretch up, put my hands behind my head & suck my tummy in. The end result is going to be this first pic. However, if I relax, allow gravity to do its thing & stop trying so hard.. my body moves (Spoiler alert, all bodies move & I quite like my squishy tummy- it's where my pizza lives) the end result is more like this second one. These posts were only ever meant to encourage all of us to stop beating ourselves up or comparing our bodies to the superposed & unrealistic ones on social. It's ok to want posed pics or more relaxed ones- to let it all hang out or want to go balls to the wall... The only thing that isn't ok is telling another woman how YOU think she should look."

Vicky finished the post: 'Instead of tearing other women down, we should be building each other up... We're all beautiful in our own unique way & trust me, we're all capable of getting a sick pic for Insta.' 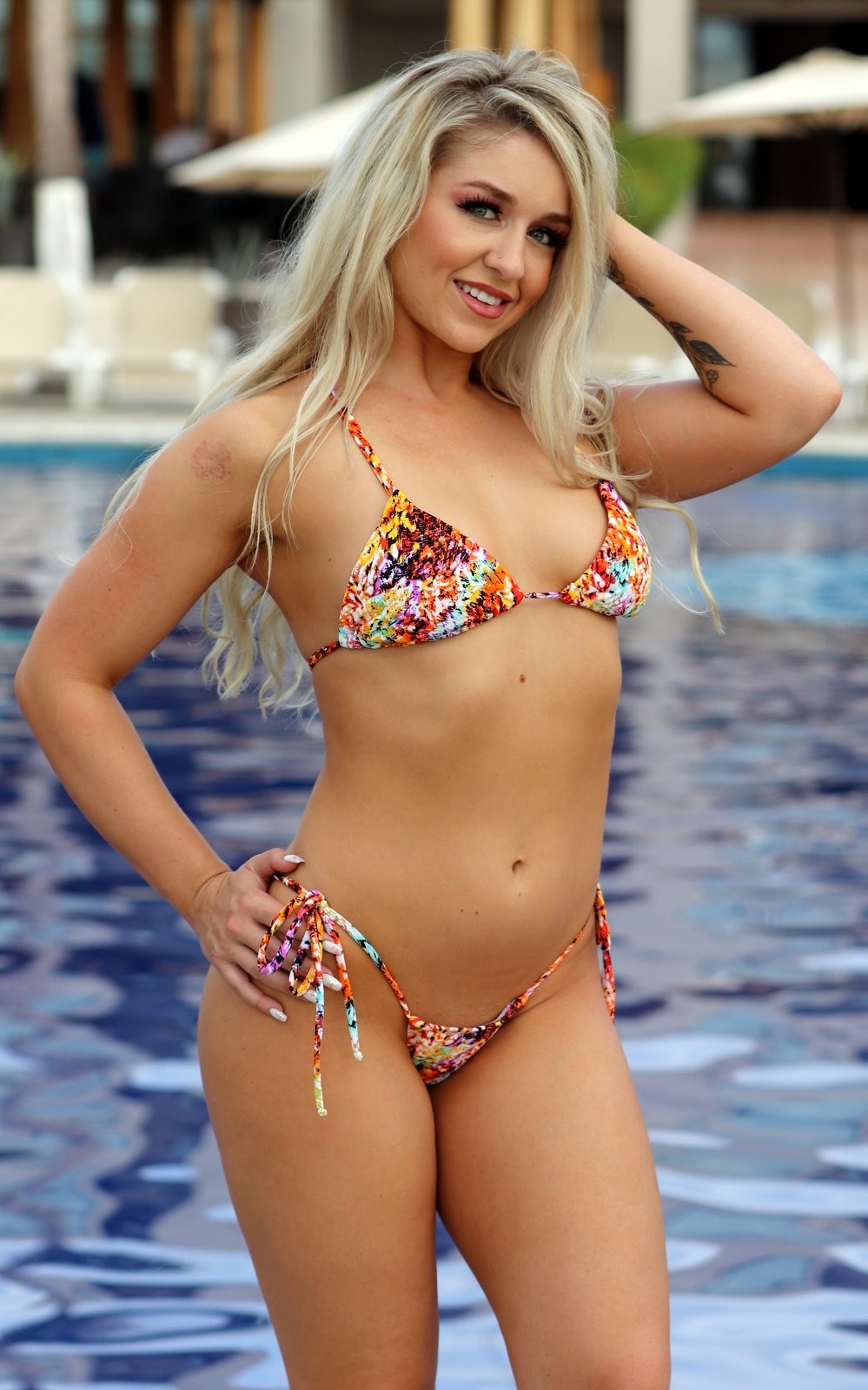