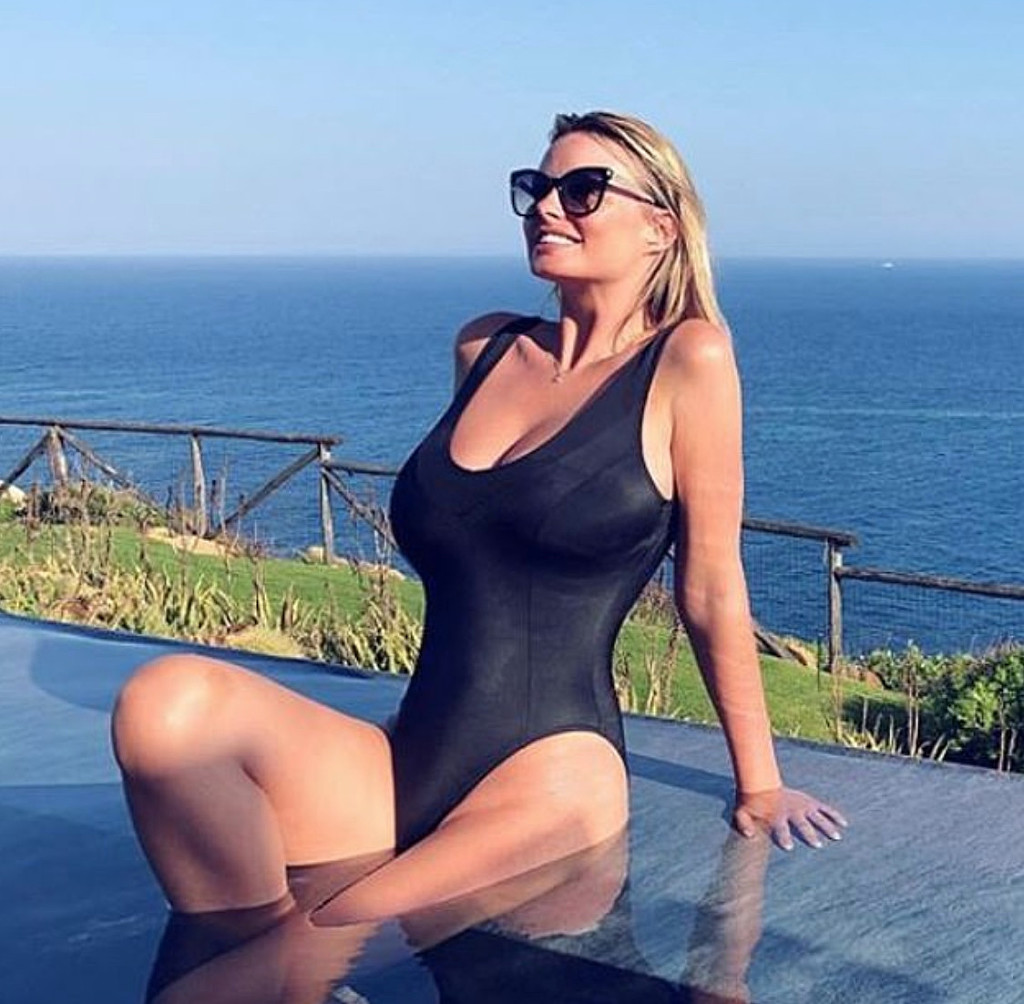 Rhian Sugden continued the smokin' hot display with a further slew of swimwear images on the social media platform as she soaked up the sunshine in Sardinia.

The glamour model, 32, wowed as she flaunted her bronzed glow in a classic black bikini which plunged down the middle to show off her beautiful body.

The former page 3 glamour model and actor Oliver, 38, married in Turkey last September and have only now found time for a full honeymoon. 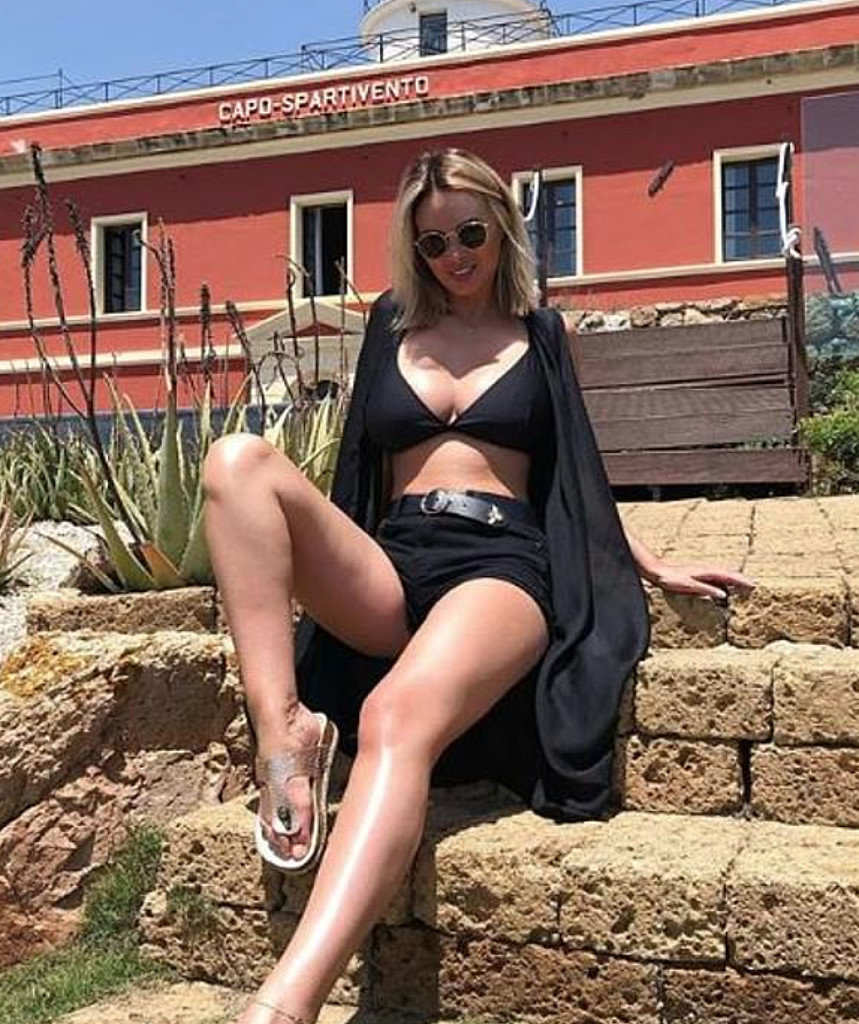 Rhian tied the knot with her boyfriend of six years in a blissful ceremony by the Mediterranean sea last summer, with their close friends and family in attendance.

She walked down the aisle to The Beatles hit Here Comes The Sun at a beachside resort in Kalkan, Turkey. 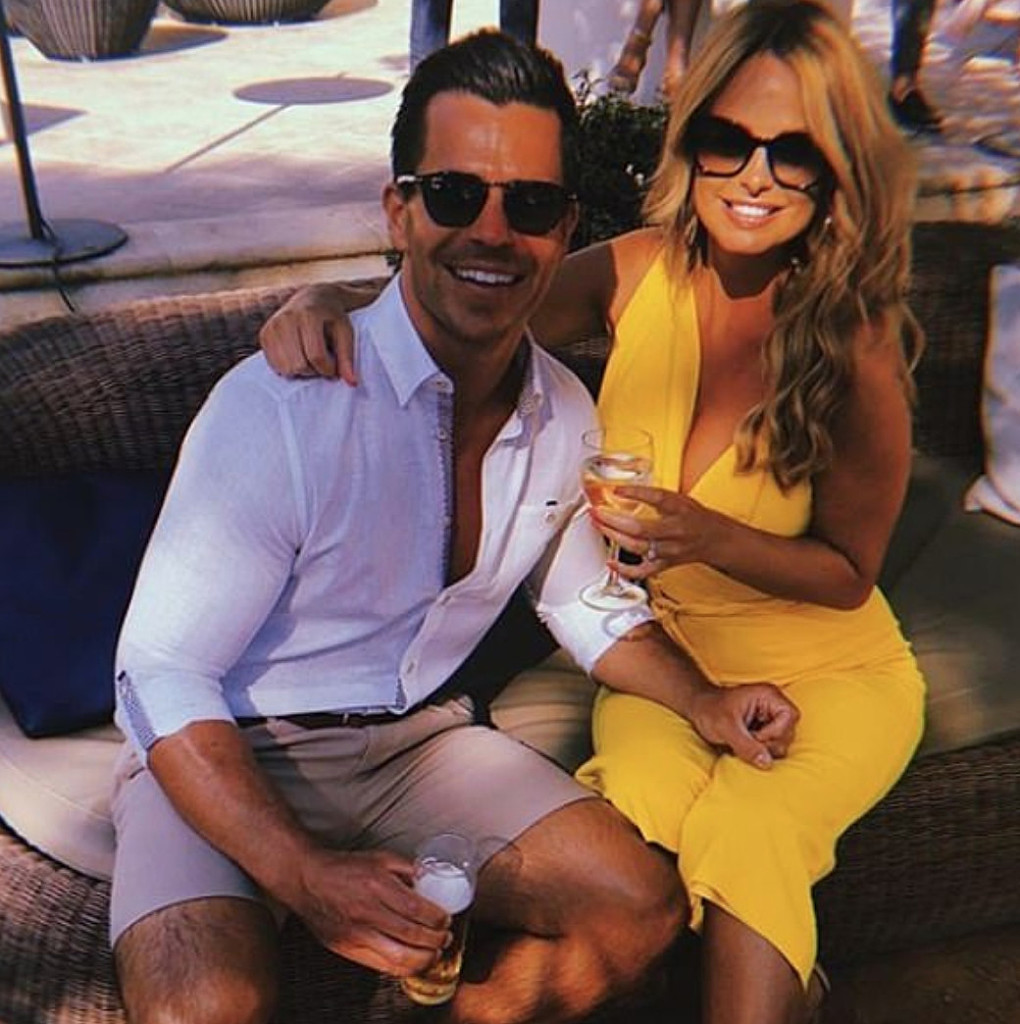 The couple's love story began when Oliver proposed to Rhian a sold-out Manchester theatre in 2014.

After their getaway wedding, Rhian and her new hubby continued their celebrations on the Turkish coast and enjoyed a post-wedding pool party.

Before she met Oliver, Rhian was involved in a scandal with Vernon Kay, with the starlet first coming to the forefront when she went public with several racy messages sent by the married TV presenter in 2010.

UjENA Scoop 1-PC The Scoop one piece is scooped out in front and at the back making you feel the joys of fit and function in a classic style. A shelf bra is included for extra support. Available in 4 great colors! Scoop neckline Shelf bra Wide straps Low cut legs Scooped back Fully lined Matte Nylon/Lycra fabric Sizes:...