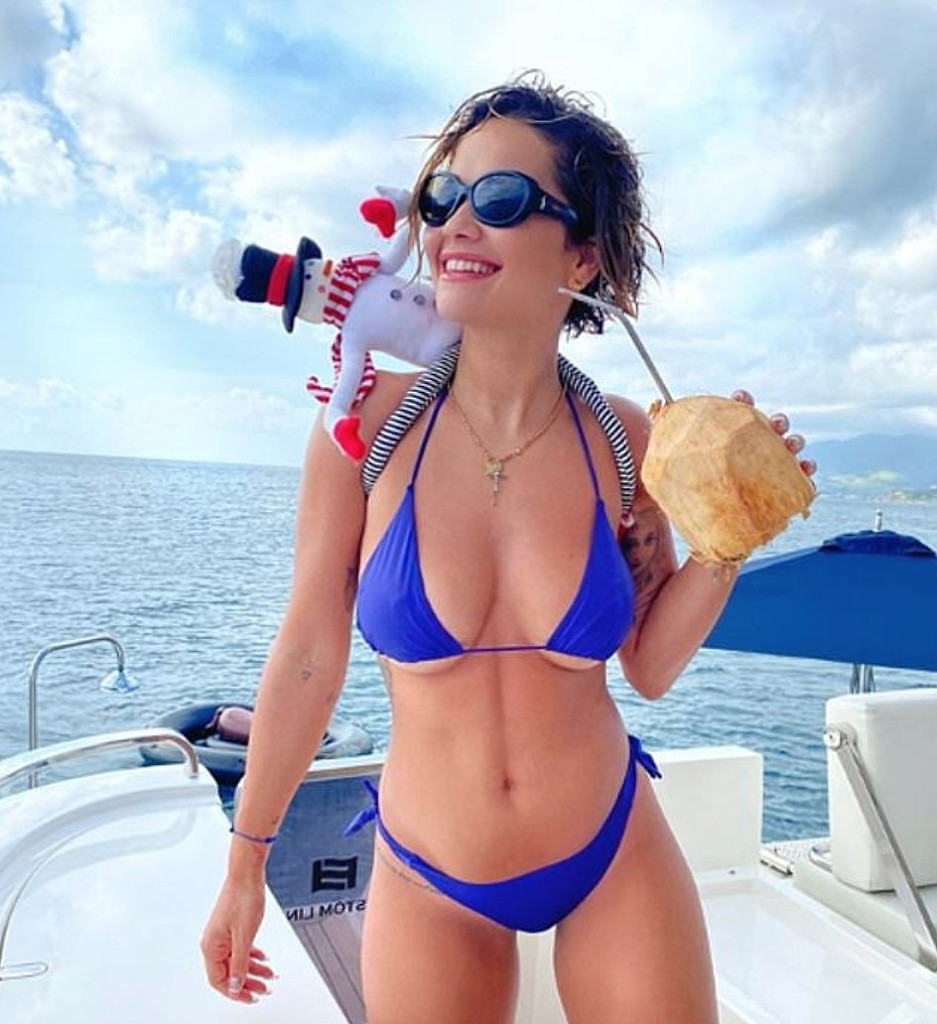 Rita Ora left little to the imagination on Christmas Day as she shared a sultry photo in St. Barts.

The Anywhere singer's, 29, mother, Vera, 55, also took to the social media site to post a festive snap during their getaway. 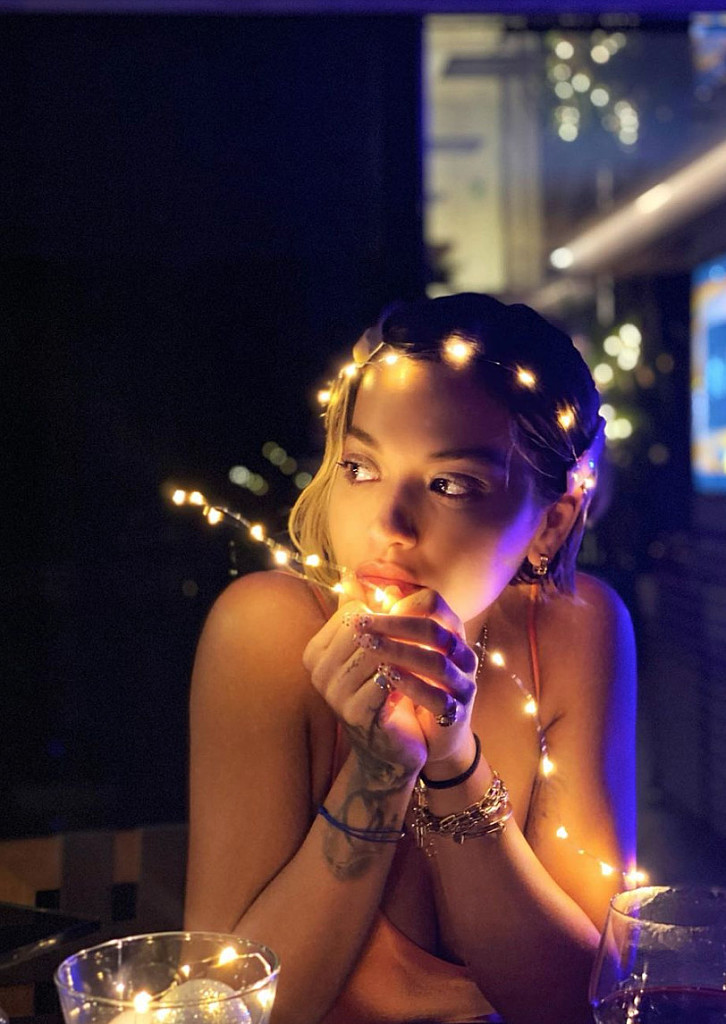 Rita looked incredible in the bikini-clad photo as she barely managed to contain her very ample assets in a tiny blue triangle top. 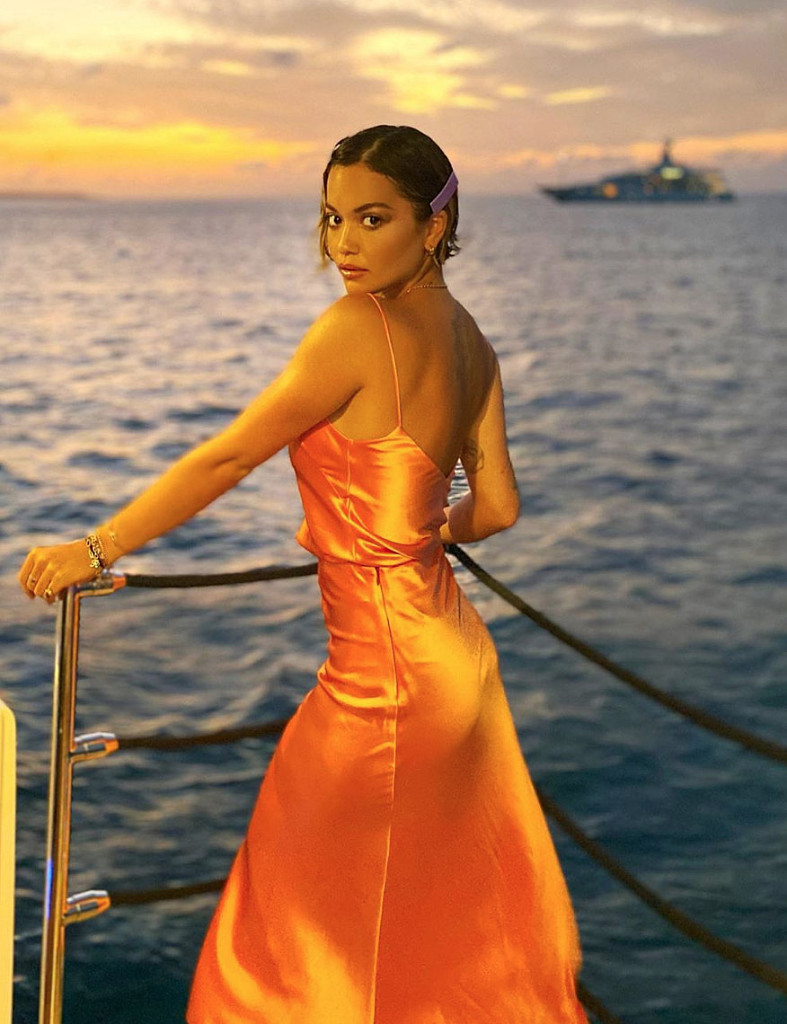 Feeling festive, the Girls singer wrap a fun novelty snowman figure across her shoulders as she sipped on a coconut drink, she penned: 'Merry Christmas' followed by Xmas emojis.

Rita styled her wet cropped brunette locks into a sweptback hairdo, she appeared to go make-up free as she added a pair of sunglasses.

Rita is braced for a busy 2020 when The Masked Singer kicks off on January 4, but she was forced to sit out its press launch in December after falling ill.

Her absence let co-panelists Jonathan Ross and Davina McCall able to dish the dirt on the star - who will sit alongside them and guesses which celebrities are singing in front of them while wearing massive costumes. 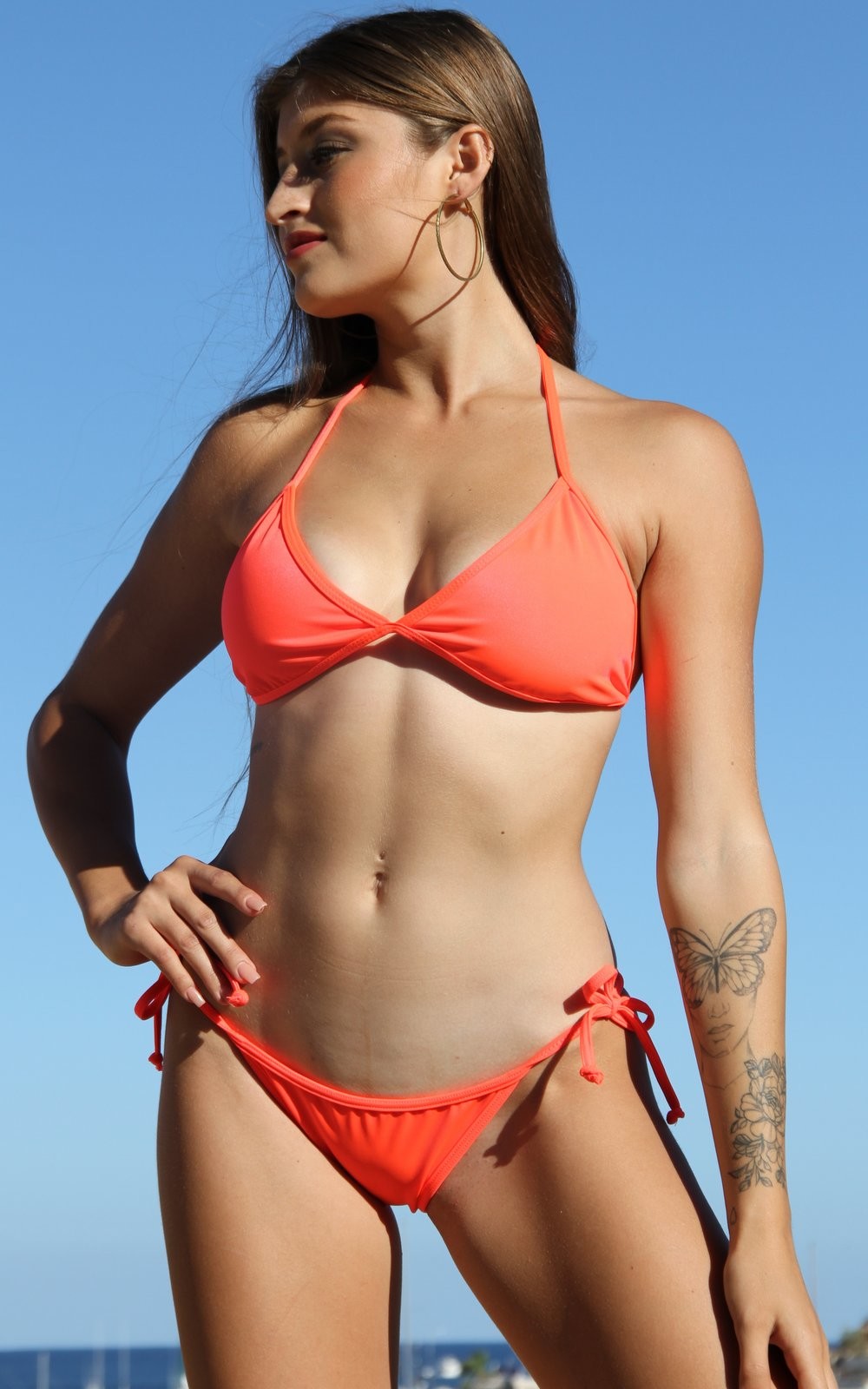