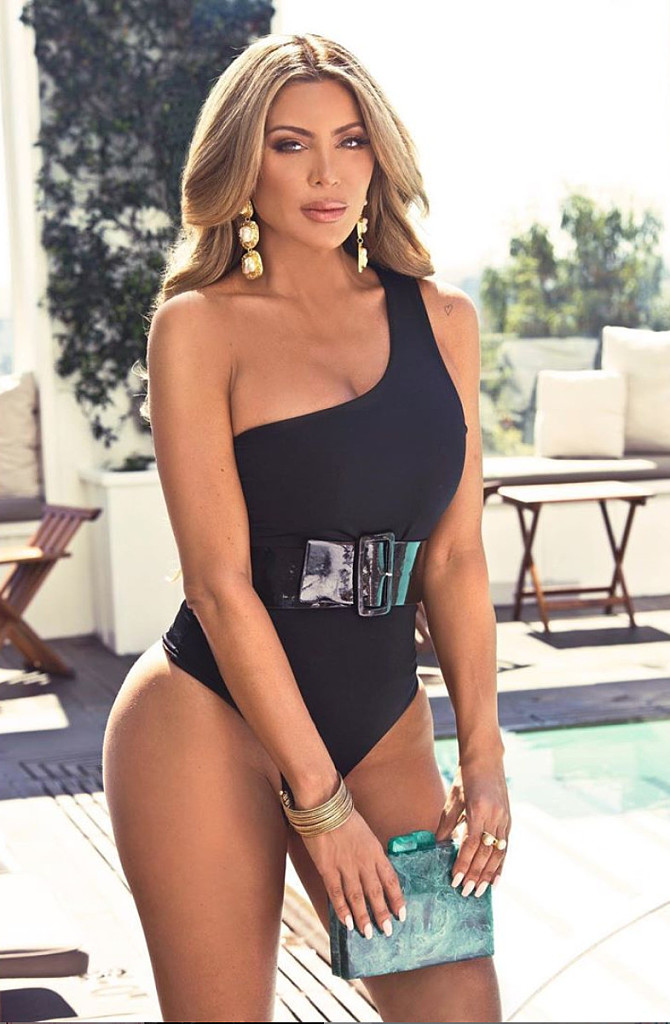 Did Larsa Pippen, 45, find the fountain of youth in the Bahamas or is she just blessed with amazing genes? Larsa shared another swimwear photo of her vacation in The Bahamas.

This isn’t the first time that Larsa has been feeling a touch “sharkey.”, the former Real Housewives of Miami star took shared a very mirror selfie in her yacht bedroom. Larsa showed off her toned figure while wearing a royal blue string bikini, captioning the photo “Night swimming with the sharks,” followed by an appropriate shark emoji. 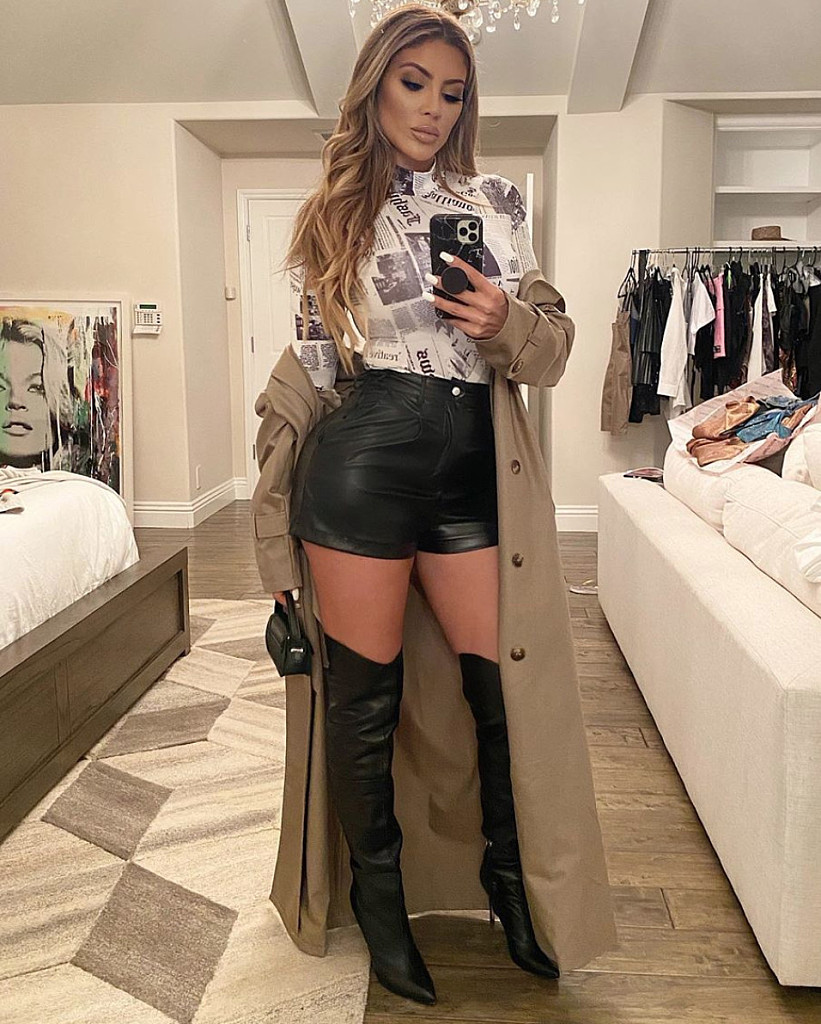 Many fans then chimed in to express how hot Larsa’s look was, with many leaving fire or heart emojis, while others decided to leave more expressive comments or quips about the fact she was going “swimming with the sharks.” One fan said, “Baddest 45yr old on the planet! Believe that,” as another follower added, “this needs to stop. My heart palpitations cannot continue!”

Larsa’s 2020 style game is strong and has honestly been aspirational. It’s good to see Larsa has embraced the New Year and all it has to give in her own way and fans are excited to see what the style star will share next. 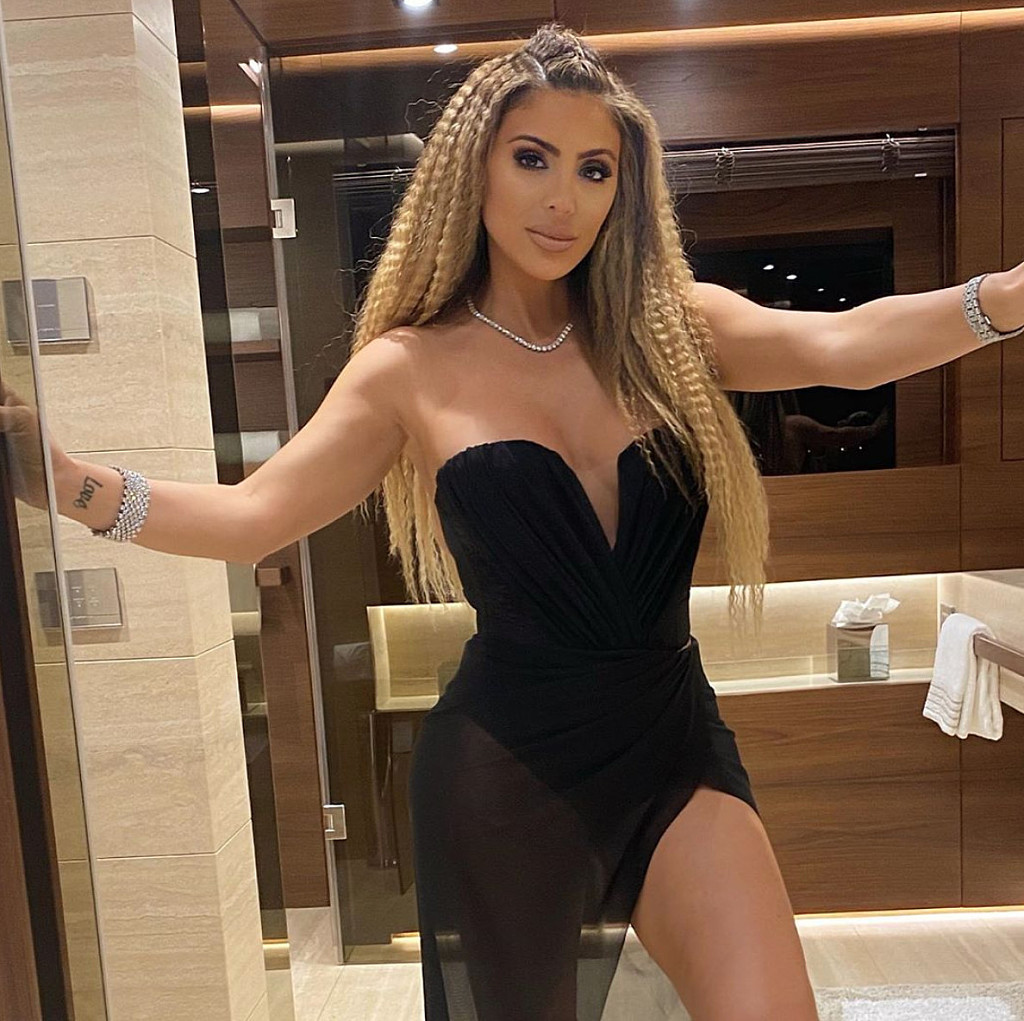 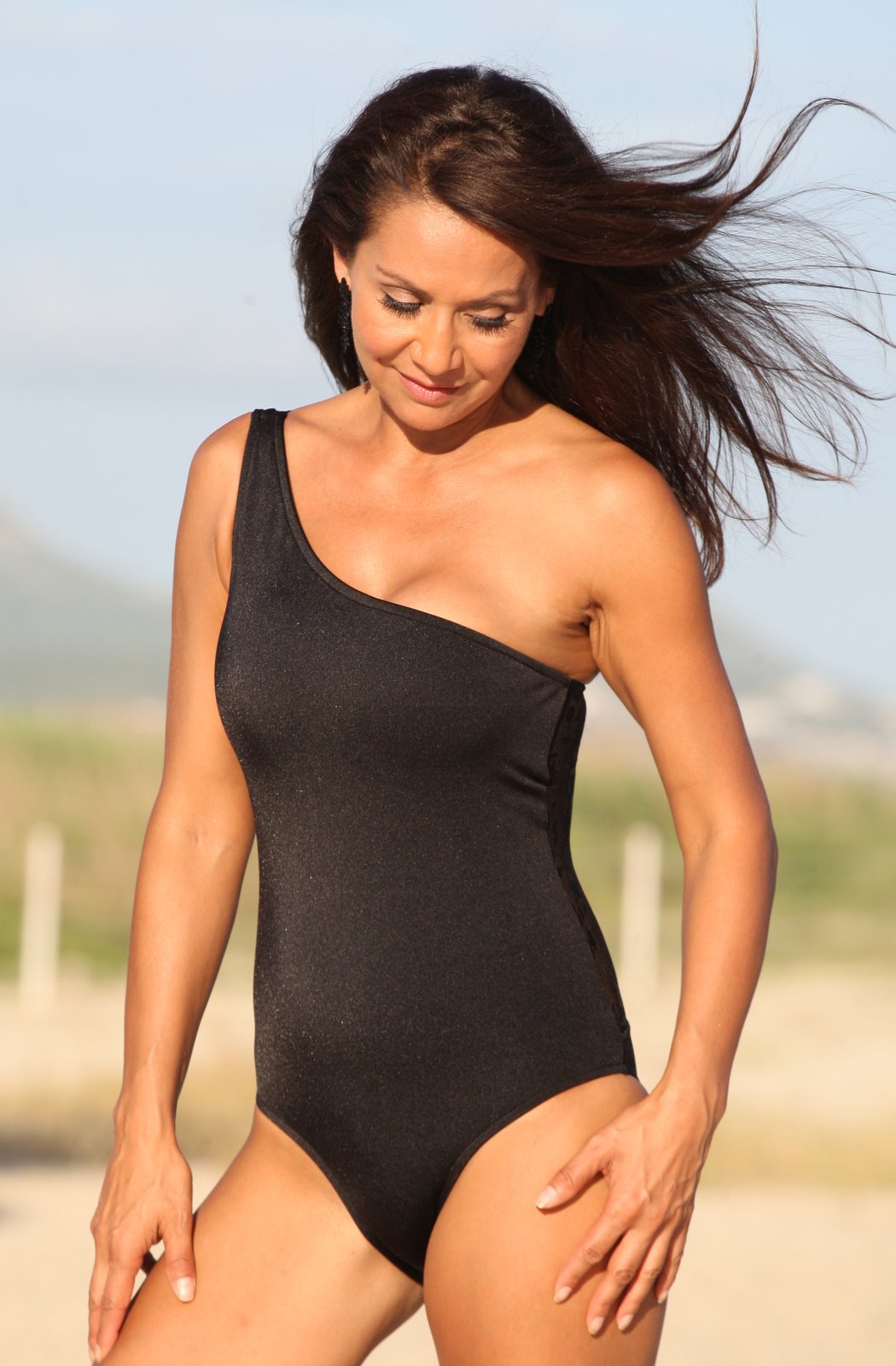 Dangerous Curves 1 PC will set you apart from the rest! High fashion in this everything but simple look with the black illusional mesh inset on black Tricot in the back. Supportive side stays for the bust with a shelf bra will keep you in place in this off the shoulder one piece.  Mid high cut leg and classic bottom coverage will... 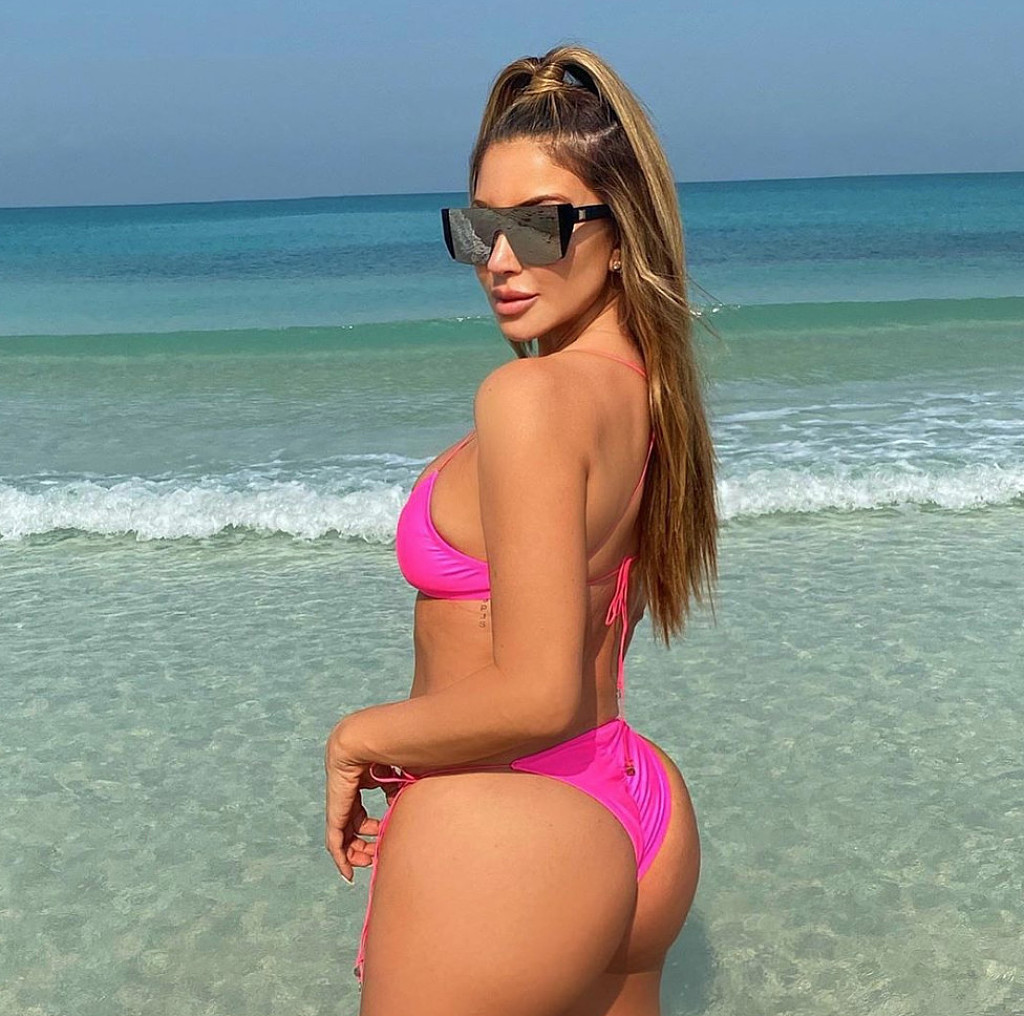 Larsa Pippen, 45, was enjoying the sun and sand showed her fit figure in a bright pink bikini on the beaches of Dubai.

Larsa looked totally sun kissed in the snap, which showed her looking over her shoulder, showing off her backside for the camera. While sporting a pair of sunglasses and her hair in a half-up, half-down fashion, Larsa’s bright pink string bikini fit her body perfectly and accentuated her best features. “My time in Dubai,” she captioned the sultry snap. But as fans know, this is nothing new for the stunning star! 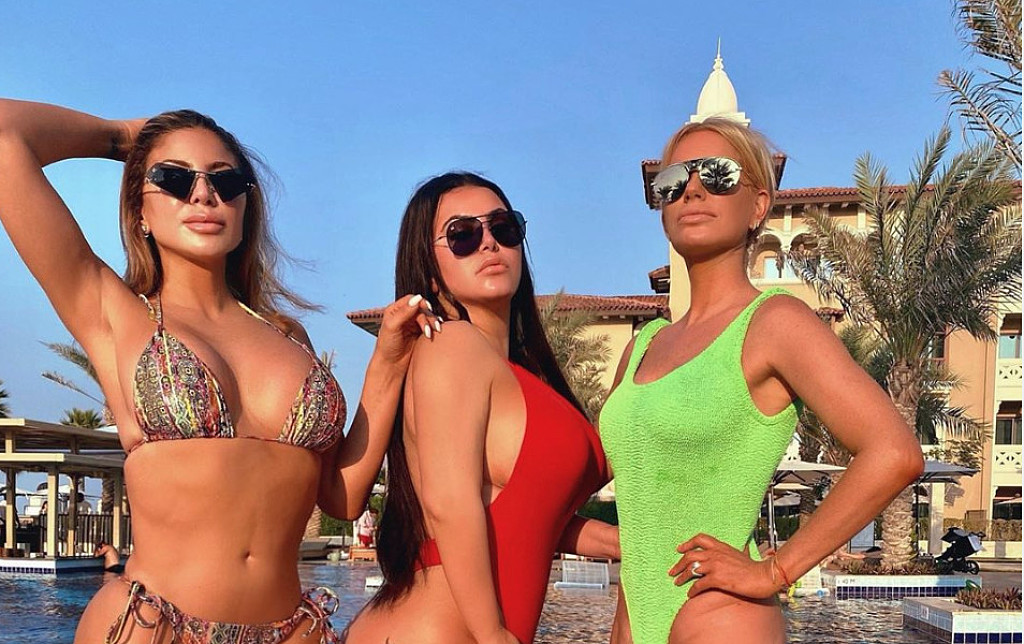 It was a total girls trip this time around for Larsa, who posed up for the pic in a multi-colored string bikini by Si Wear alongside gal pals Hrush Achemyan and Caroline Stanbury. “Keep the shade I live in the rays,” Larsa cheekily captioned the snap. Her abs were on full display for the pic, while her sense of style was as present as ever. 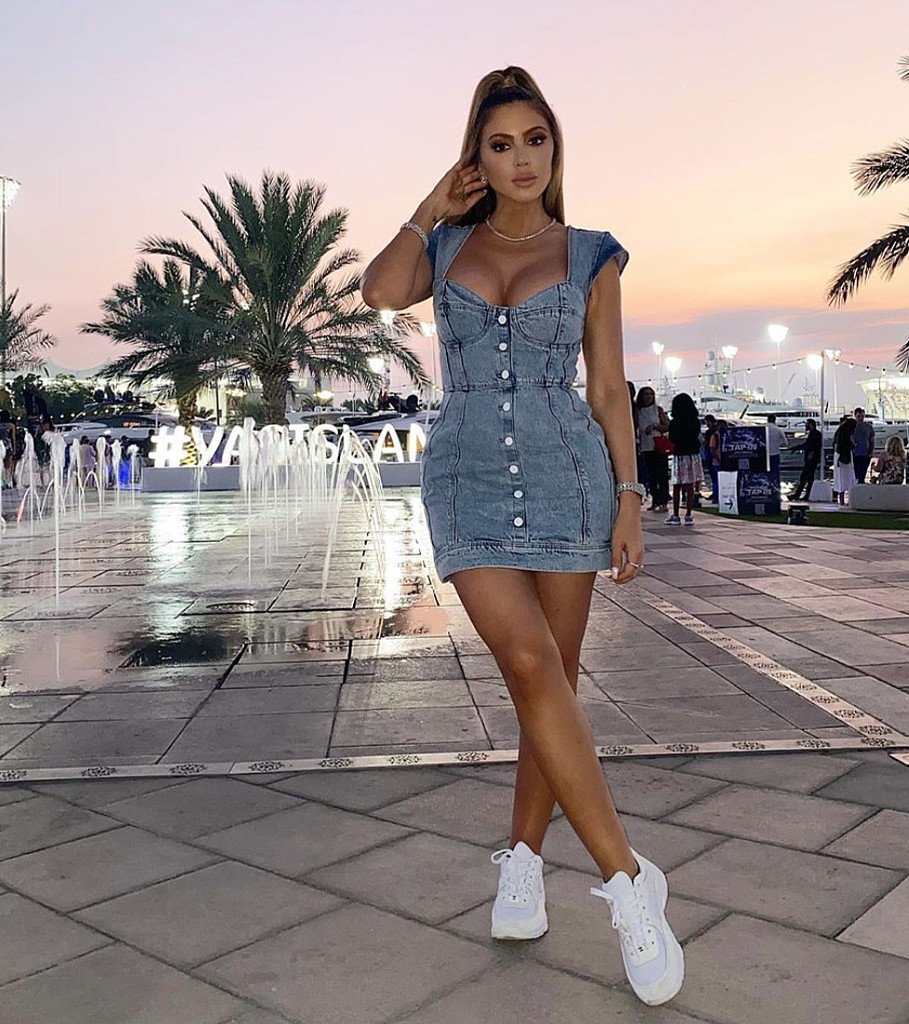 Her travels abroad have really been serving as the perfect backdrop for some of Larsa’s best looks. While in Abu Dhabi, Larsa showed off her flair for fashion with a sexy denim mini-dress that accentuated her body perfectly. The denim garb cinched Larsa’s waist and added some definition around her bust line. Cap sleeves were a perfect cut on the dress, which Larsa paired with a simple necklace and white sneakers. 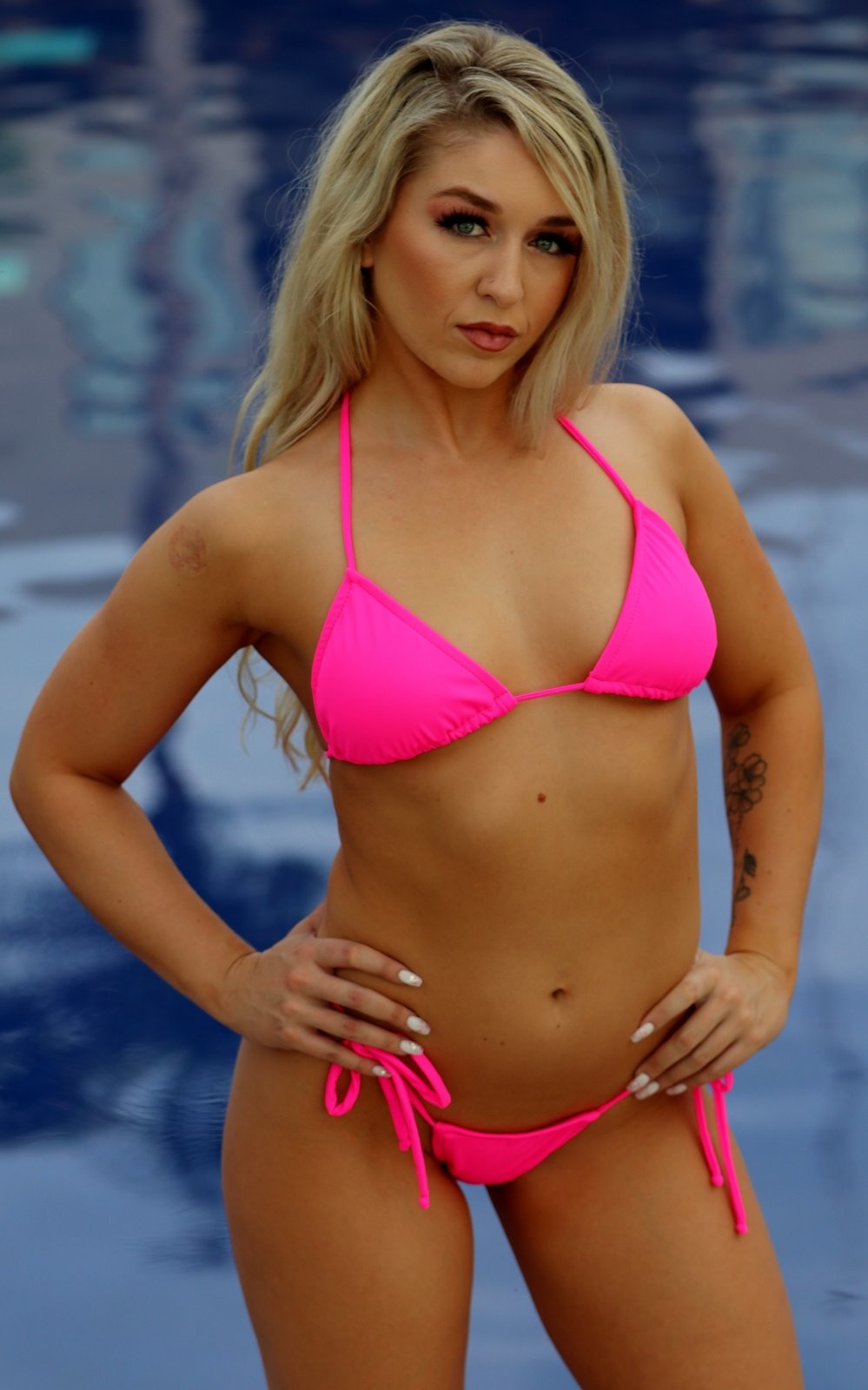 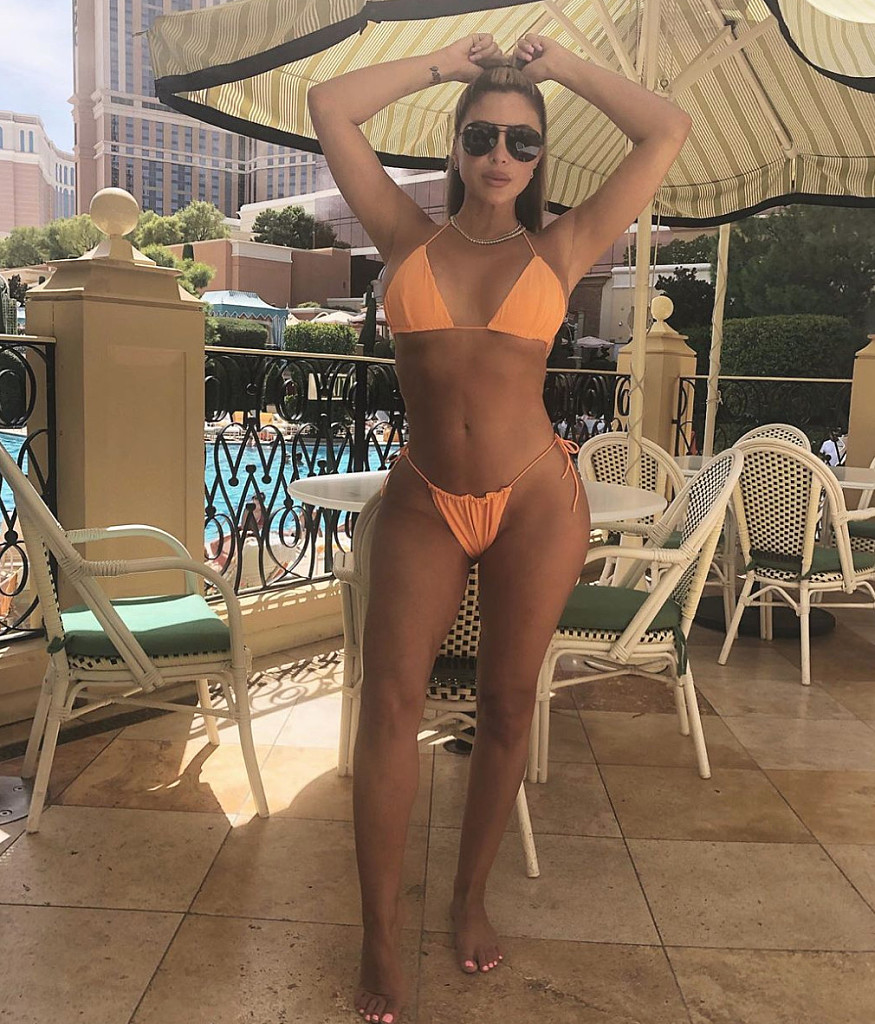 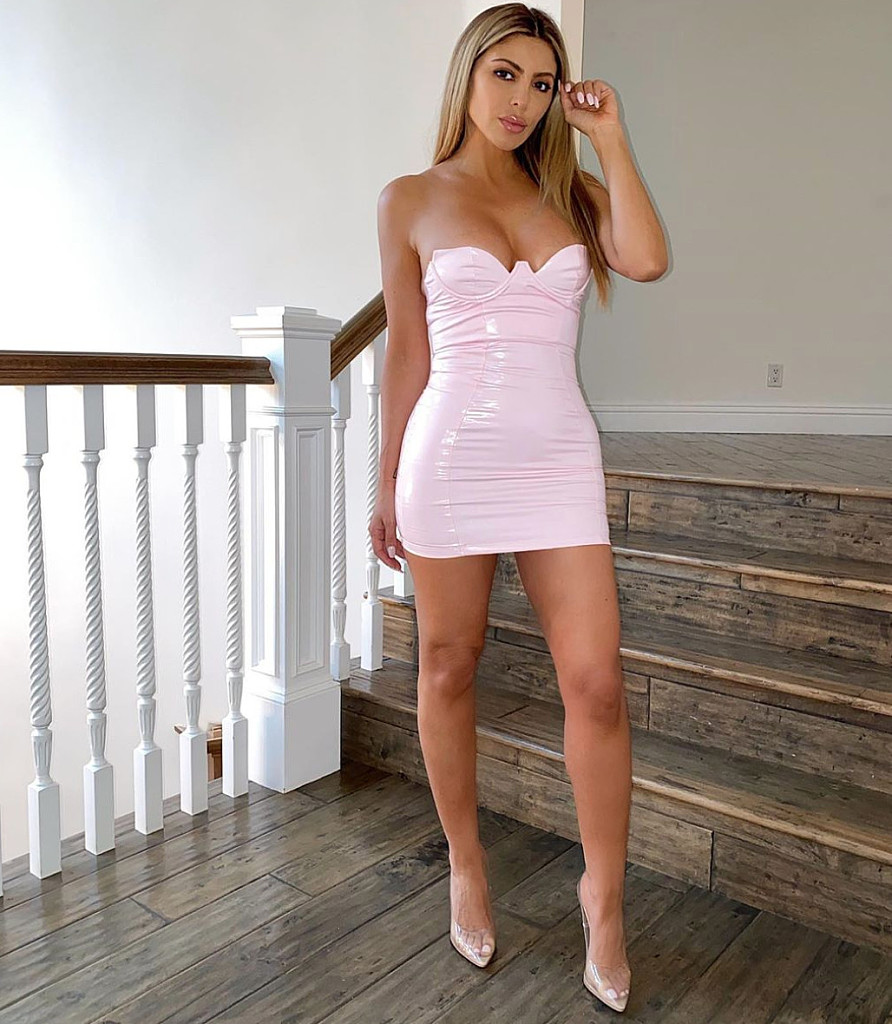 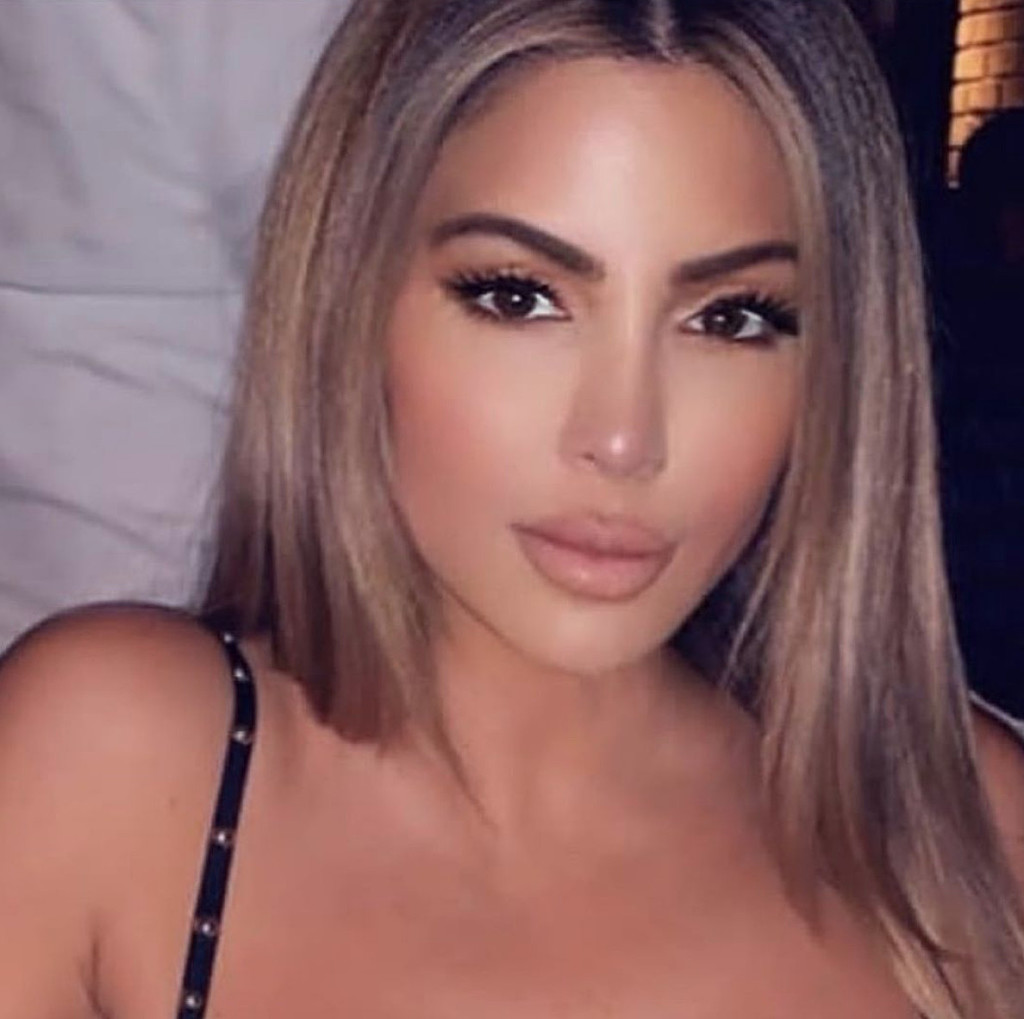 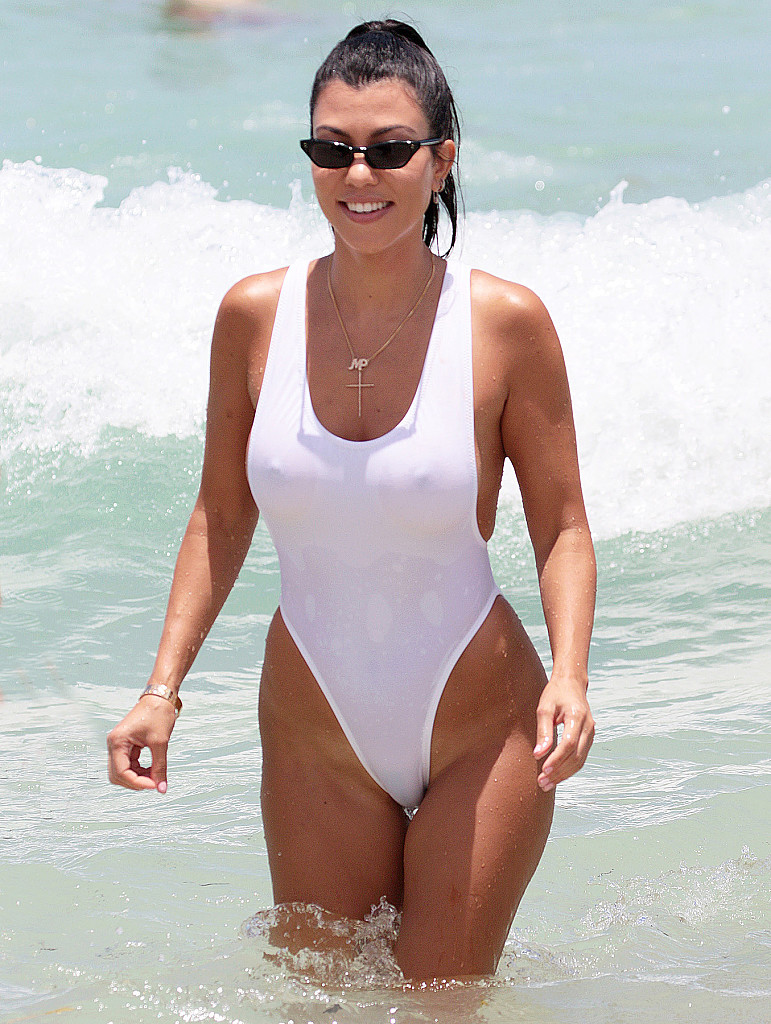 The mother-of-three took to her Instagram Stories to share a few short clips from a pool party, which included a number of Kourt’s famous pals, including singer Sia and Larsa Pippen.

The black-haired beauty appeared to be having fun as Sia presented her with a funny painting of Kourtney that was done by Khloe. The singer called it “the Mona Lisa in a thousand years.” 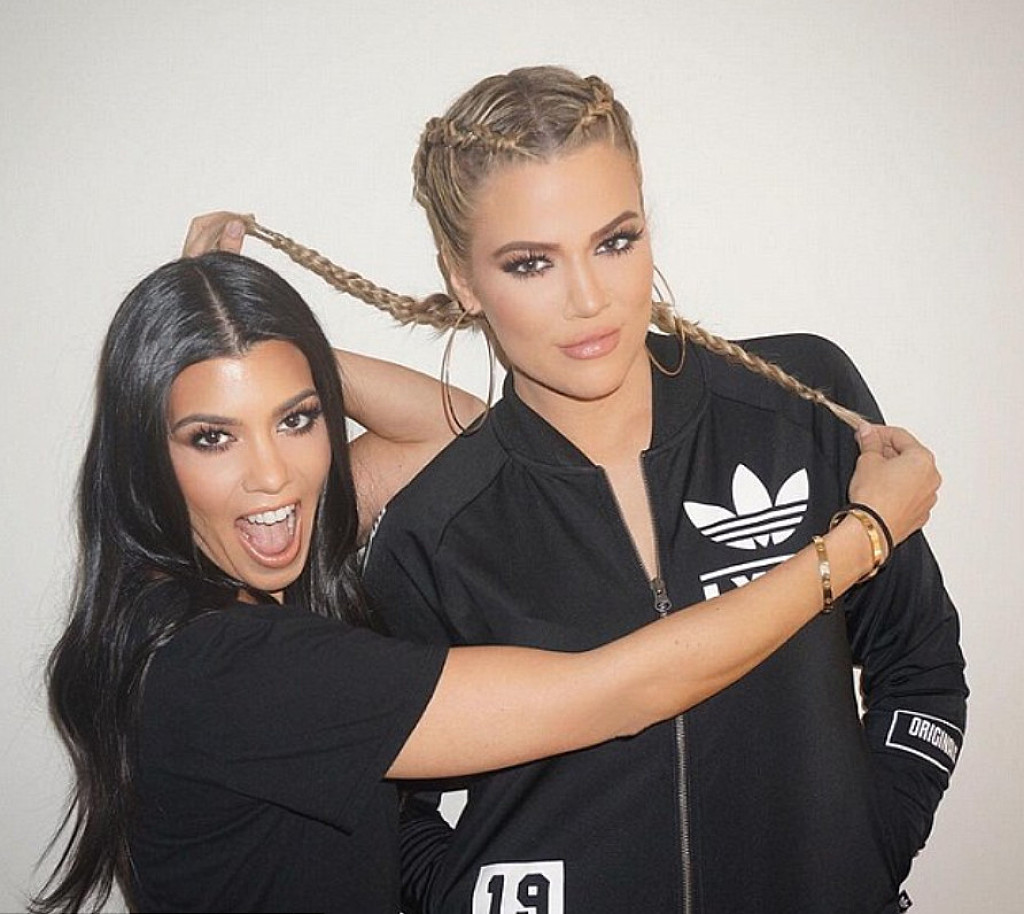 Earlier this year, Women’s Health shared a few tips on how to get a body like Kourtney’s. In the interview, Kourtney confessed that she and Khloe try and push each other to workout and stay accountable before admitting that she needs at least four to five days of exercise a week.

Kourt’s trainer, Don Brooks, also shared that he likes to put the 40-year-old through the ringer using his “Don-A-Matrix Method” workout, which is set up in four quarters, much like a sports game. 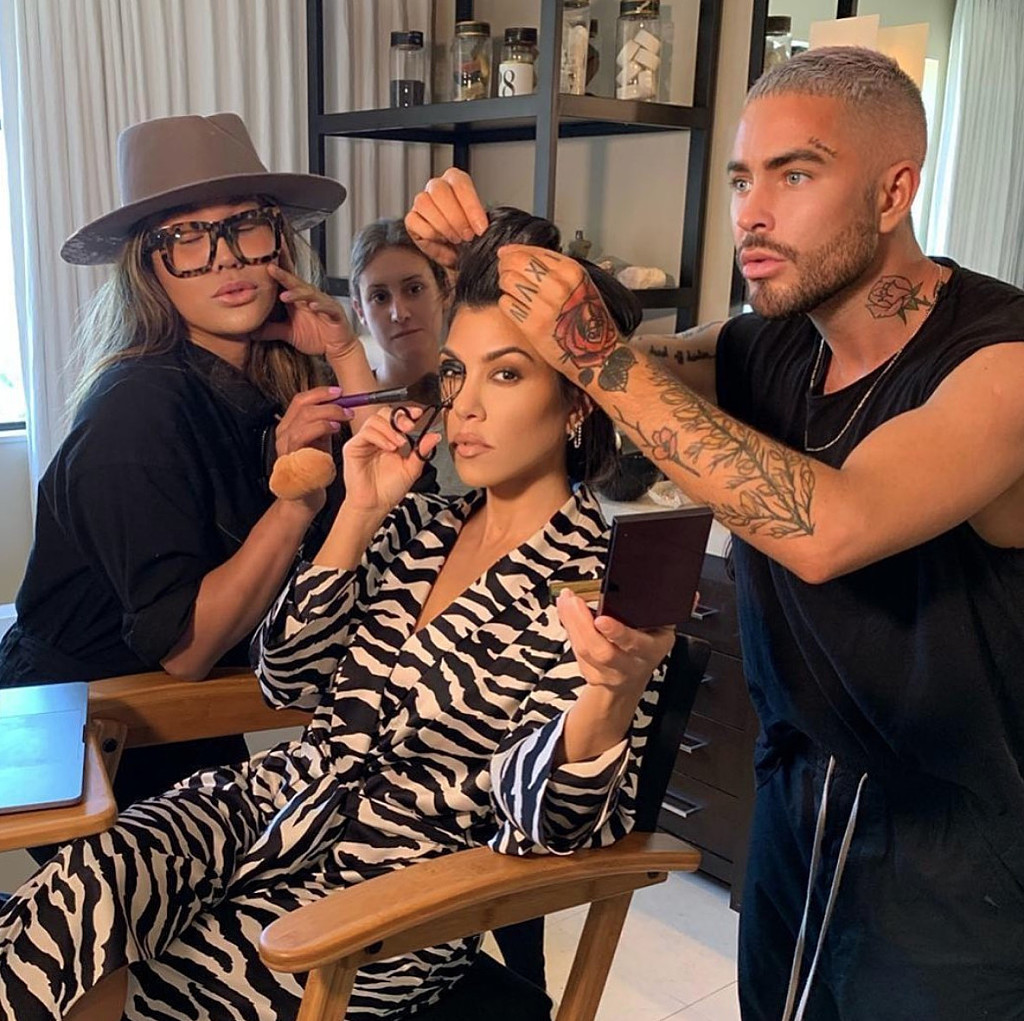 “Each quarter has three sets of two different exercises, combined with rest or relief periods after each quarter. We use the resist-a-bands a lot—the bands are very effective for toning without bulking or injury.”

In general, the intense workouts combine a lot of cardio with strength-training exercises, battle ropes, and BOSU balls. Every once and a while, Kourtney will share a video of her sweat sessions with fans, and it’s easy to see that she pours her heart into her workouts, and the results are paying off big time. 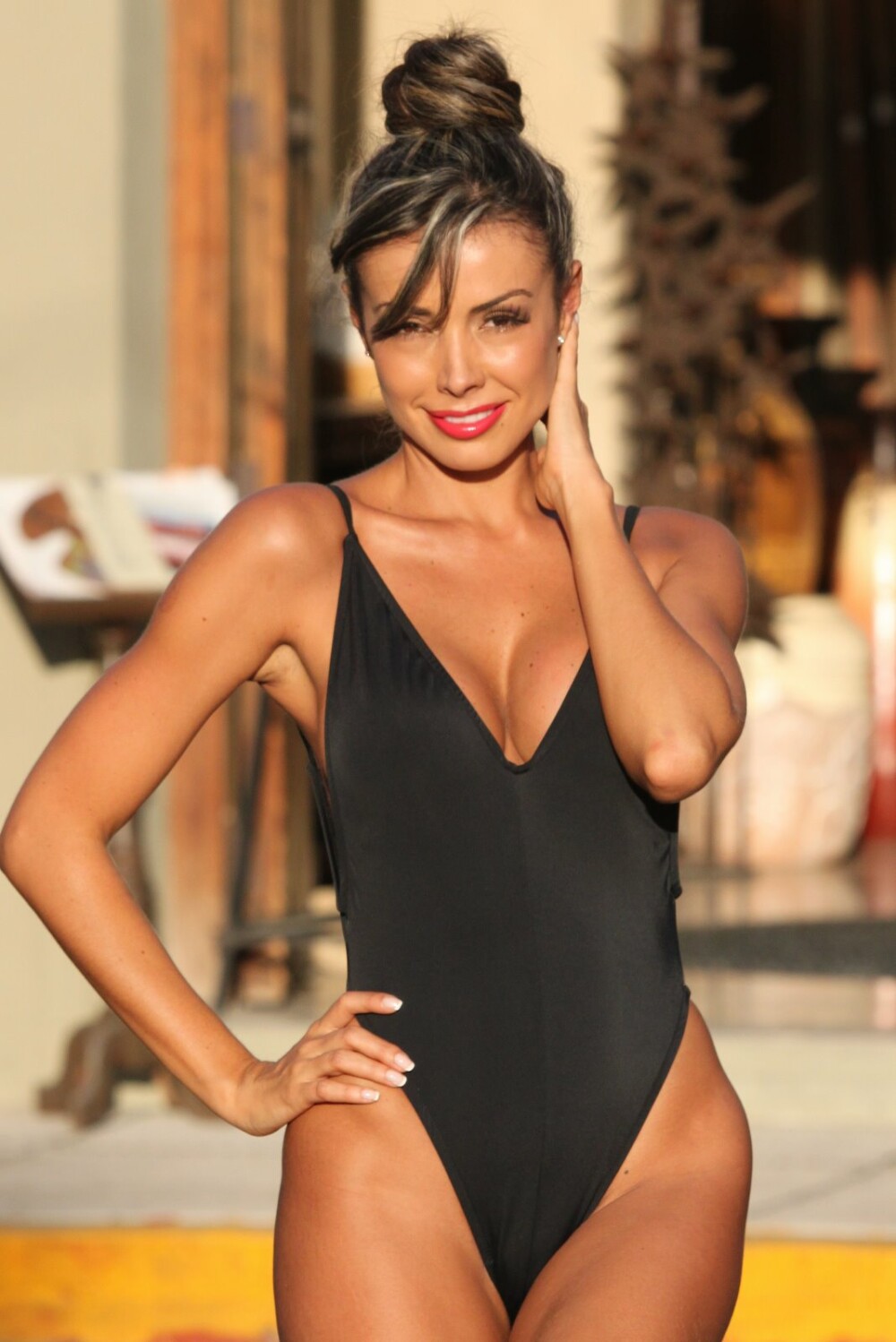 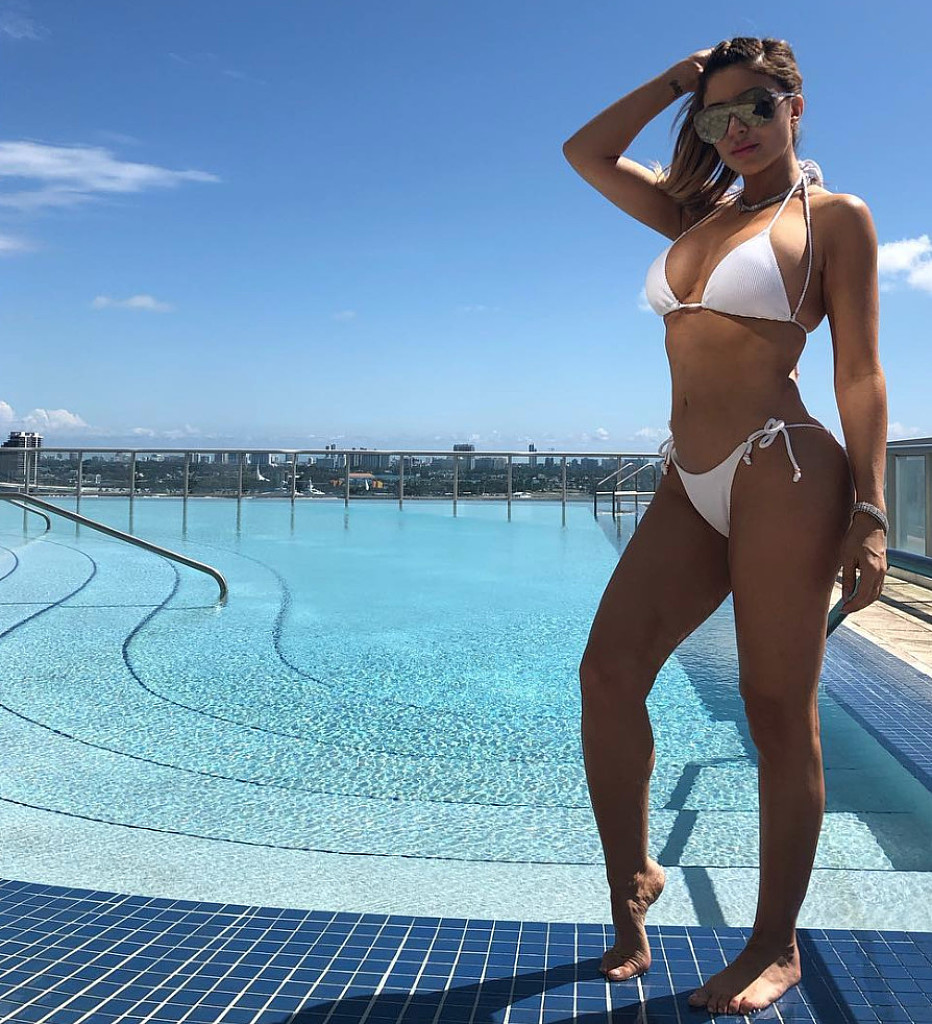 As many fans already know, Larsa Pippen is good friends with the Kardashian family, and after it was revealed that Khloe Kardashian’s boyfriend, Tristan Thompson, had cheated on her with family friend, Jordyn Woods, last week, Pippen had a lot to say on the matter.

TMZ caught up with Larsa following the cheating scandal, and she claimed that Kylie Jenner should evict Jordyn Woods from her guest house following the betrayal, which is what Kylie did. 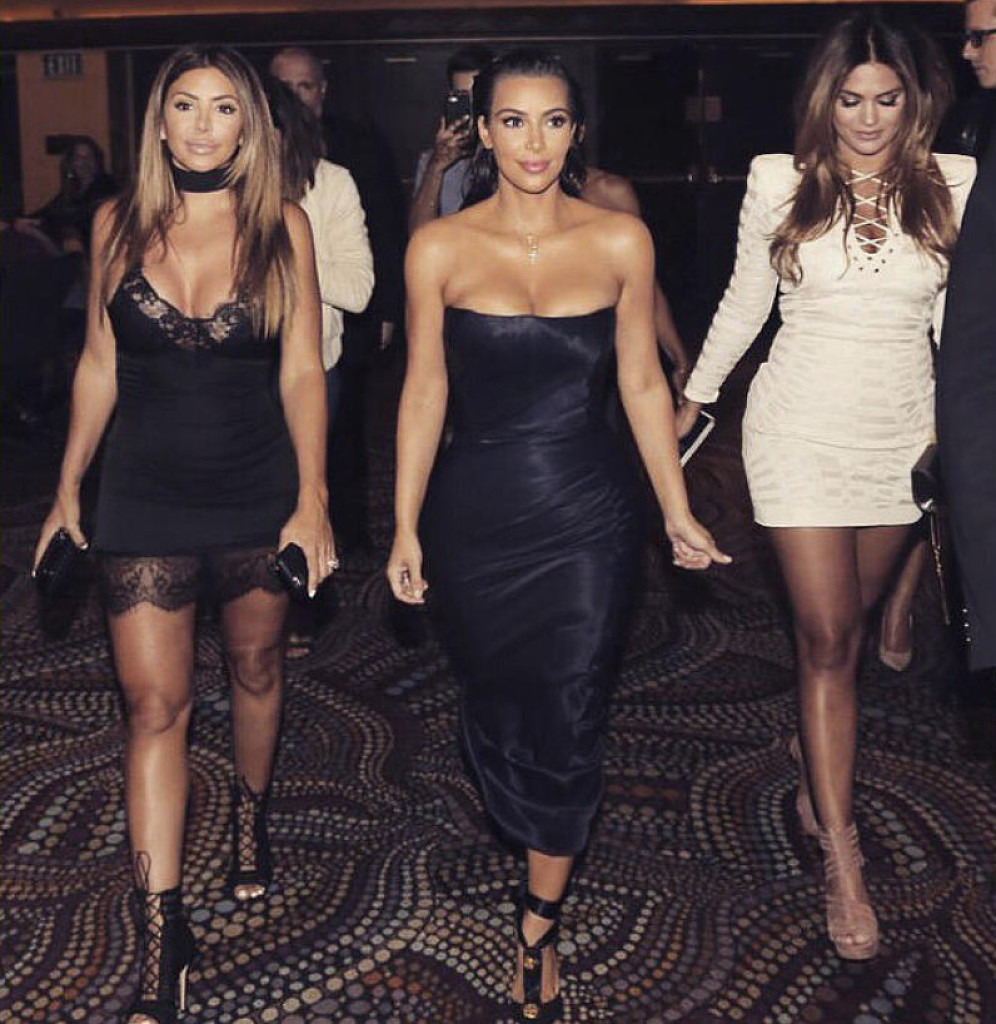 Later, when it was revealed that Woods would be sitting down with Jada Pinkett Smith for a tell-all interview on her Facebook Watch series, Red Table Talk, Pippen spoke up again. 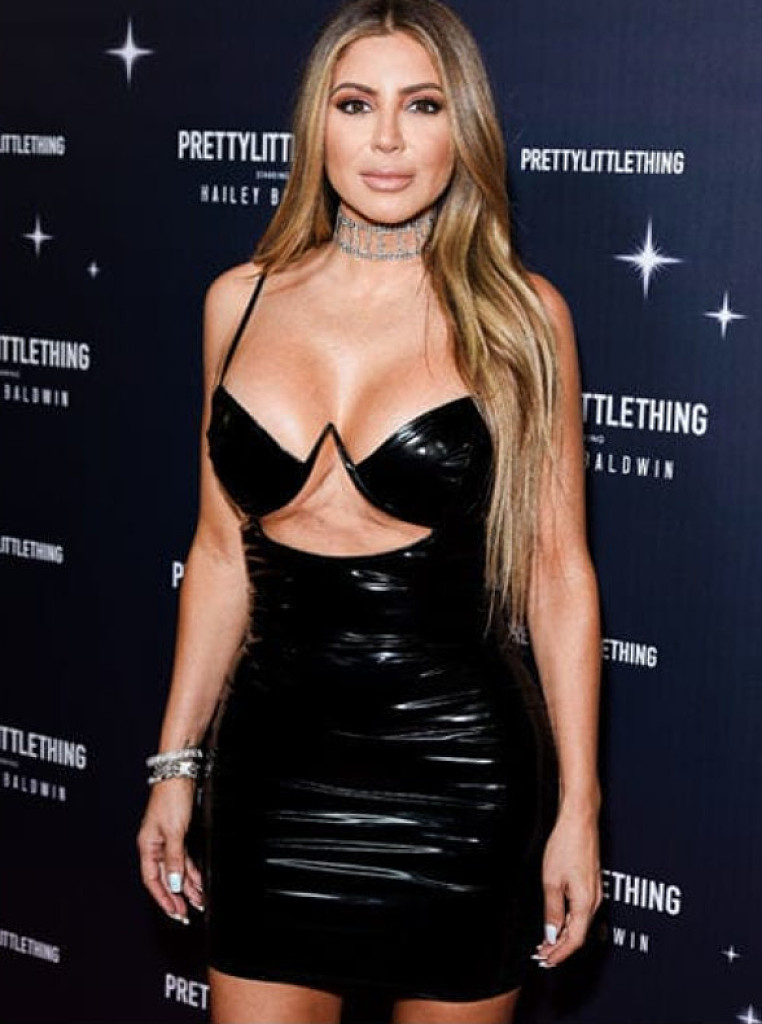 “Can’t wait to see which version of her story she tells. Hope it’s the same she told Khloe Kardashian when she checked her,” Larsa wrote in the comment section of Hollywood Unlocked’s Instagram post announcing that Jordyn would be telling her side of the story on the show.

Fans will likely see Larsa Pippen make some appearances during the upcoming season of "Keeping Up With the Kardashians," which will reportedly address Khloe Kardashian and Tristan Thompson’s split following the NBA star’s hookup with Jordyn Woods. The show will air a new season starting next month. 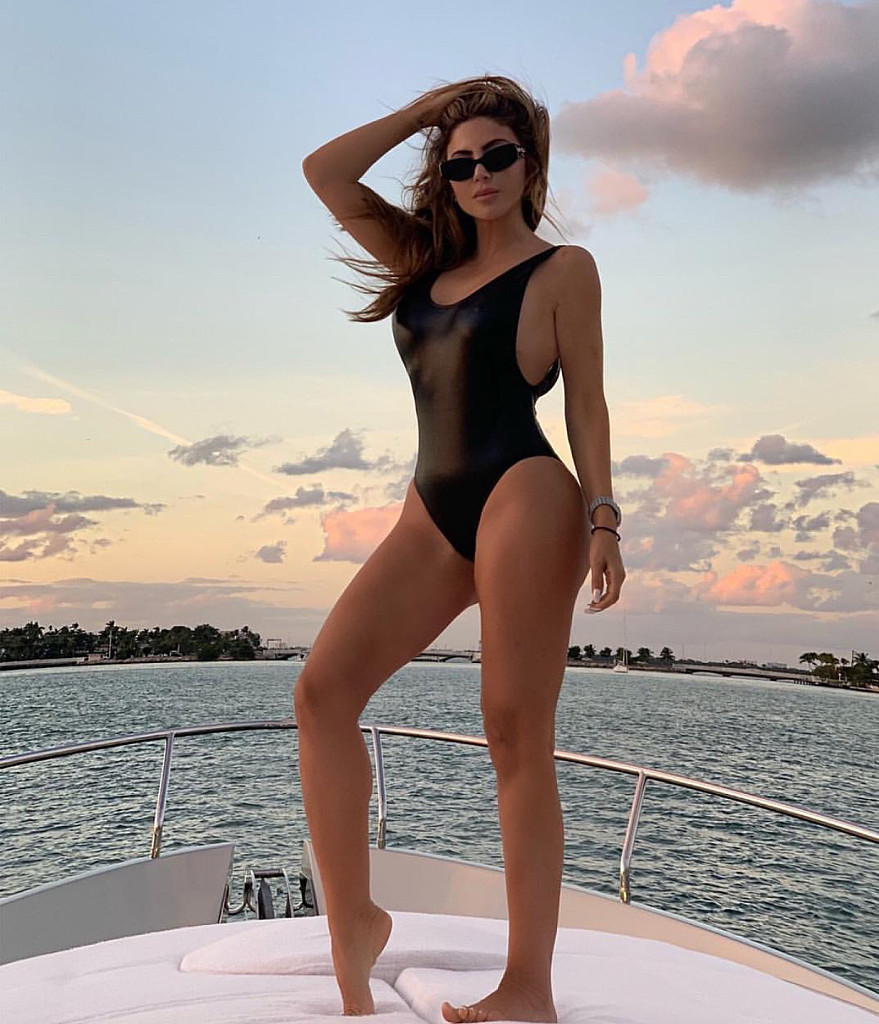 Larsa Pippen is showing her bikini body via social media

Larsa is probably best known as the ex-wife of basketball great Scottie Pippen. She and the Kardashians spend a lot of time together hanging out by the pool or in the sand.

Kim has posted a number of pictures of the two of them together. They're clearly having a good time but their matching swimwear is enough to make fans wonder if they text each other before they get dressed every day. 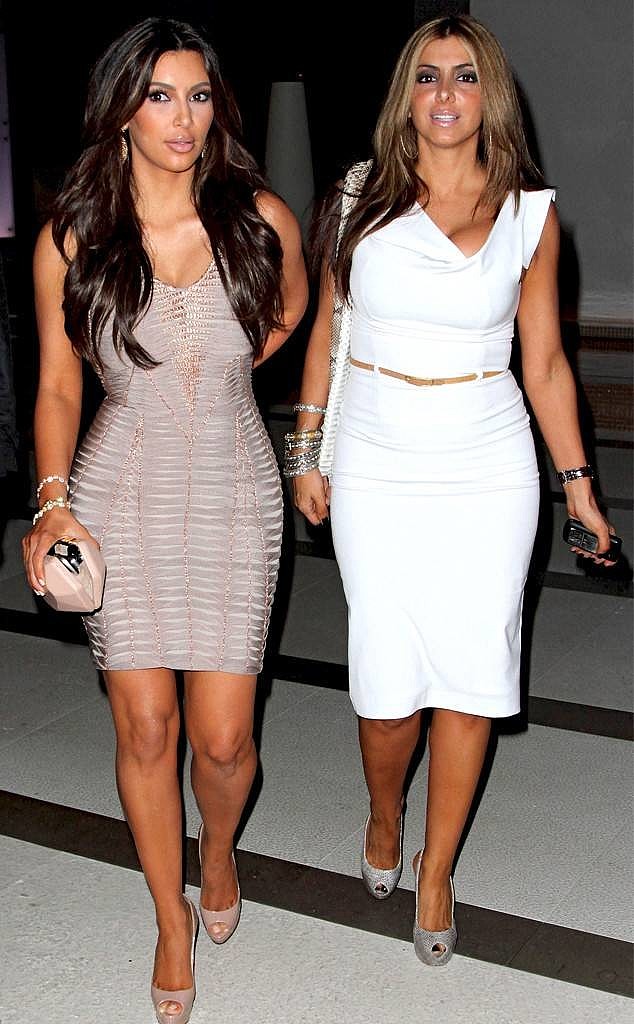 Kim Kardashian is best friends with the 44-year-old Larsa. Larsa is originally from Chicago, where she attended the University of Illinois and graduated with a Political Science degree. Now she manages her own beauty/fashion/lifestyle website called 'Life with Larsa.'

That said, you might know Larsa because she's been married to basketball player Scottie Pippen since 1997, and they have four children together but are getting divorced.