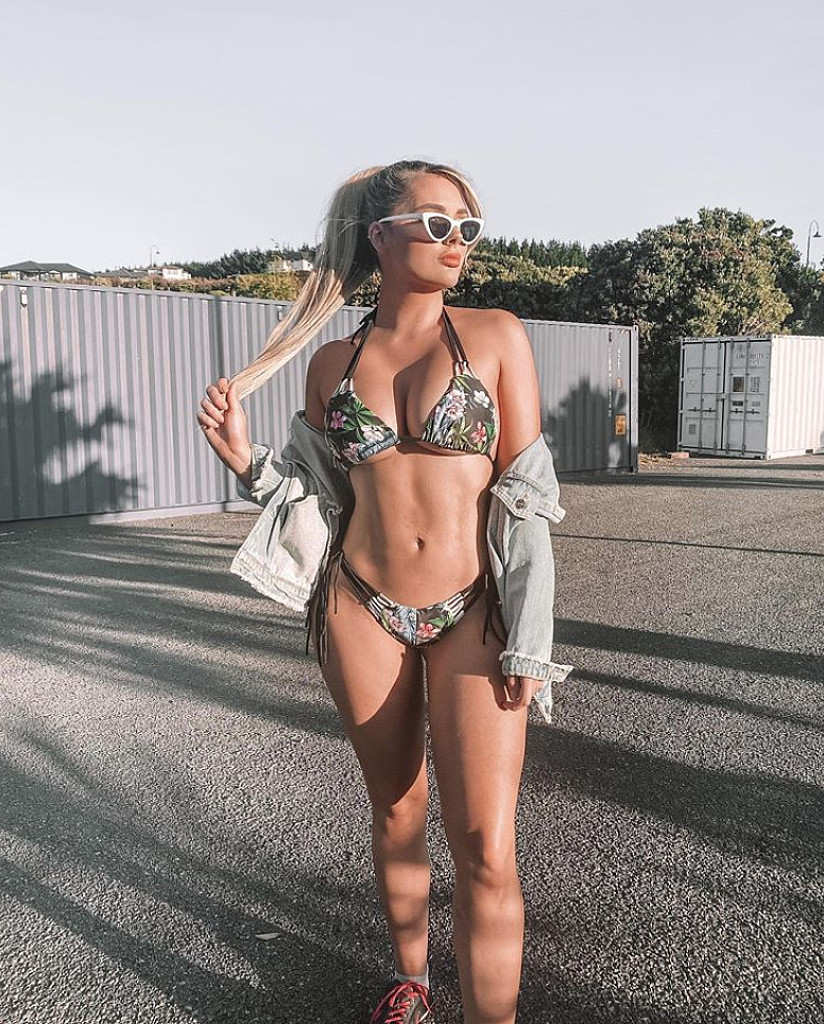 In the image — which a geotag indicated was taken in New Zealand — the 26-year-old was captured standing in the middle of an empty lot with several large metal shipping crates in the background. She stood directly in front of the camera as the golden sunlight spilled over her figure, though she averted her gaze to something in the distance rather than staring back at the lens through her trendy white-framed sunglasses.

There was no sign of a beach or pool in the photo, but Sarah looked ready for a relaxing day by the water. She was clad in an itty-bitty green bikini with a bright floral pattern that was perfect for a swim or soaking up some rays. The two-piece included a halter-style top with a unique, double-strap design and a plunging neckline that left an ample amount of cleavage well within eyesight. Her voluptuous assets nearly spilled out of the tiny triangle cups, adding a glimpse of underboob to the already scandalous scene. 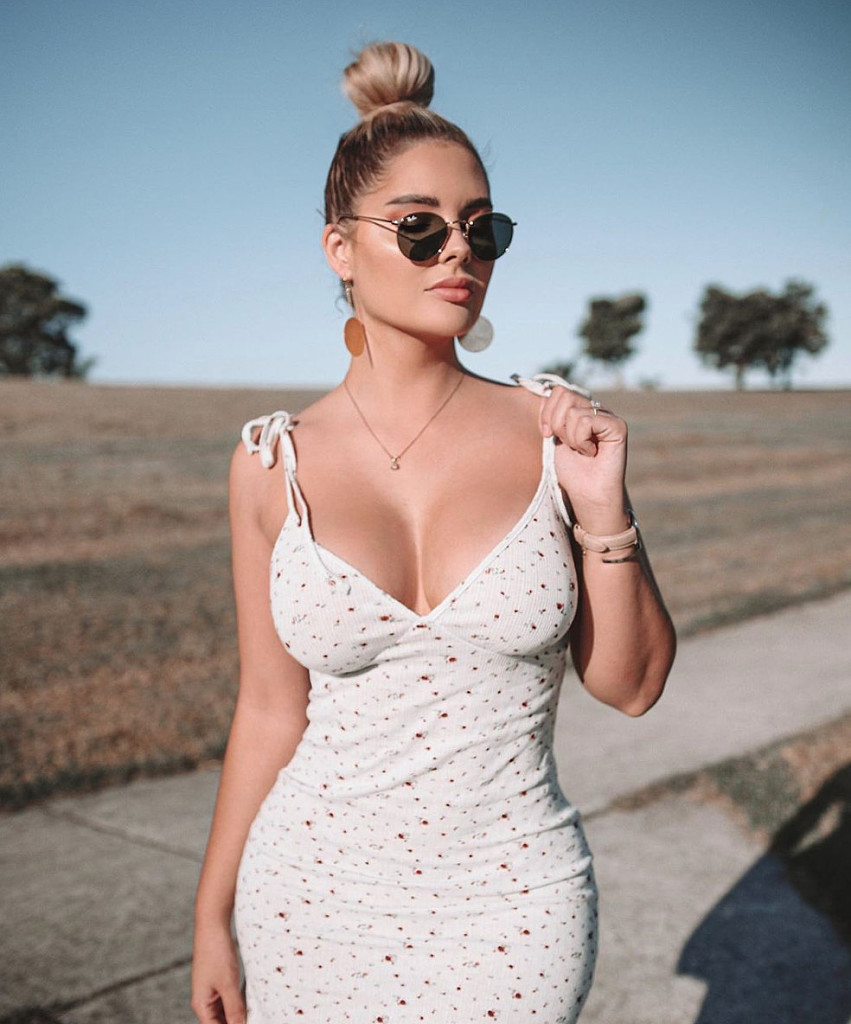 The matching bikini bottoms showed some serious skin as well. The piece boasted a revealing cut that showcased her toned legs and curvy hips. It also had flirty tassels on the waistband that sat low on her hips, accentuating her hourglass silhouette and trim midsection. 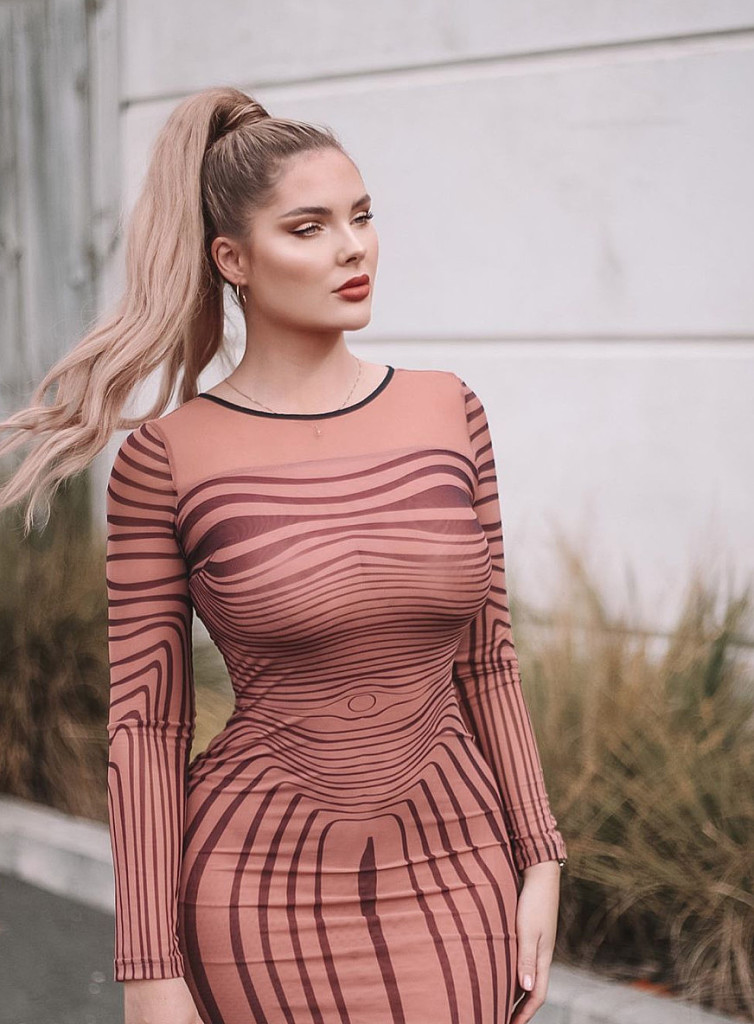 Sarah added a denim jacket to her look, but she let it slink down her arms to reveal her toned shoulders. She also wore a pair of dark sneakers with pink laces that gave her outfit a sporty vibe. Her platinum tresses were worn in a high ponytail, which she held onto as the photo was snapped, and she appeared to have added just a touch of makeup to highlight her striking facial features. 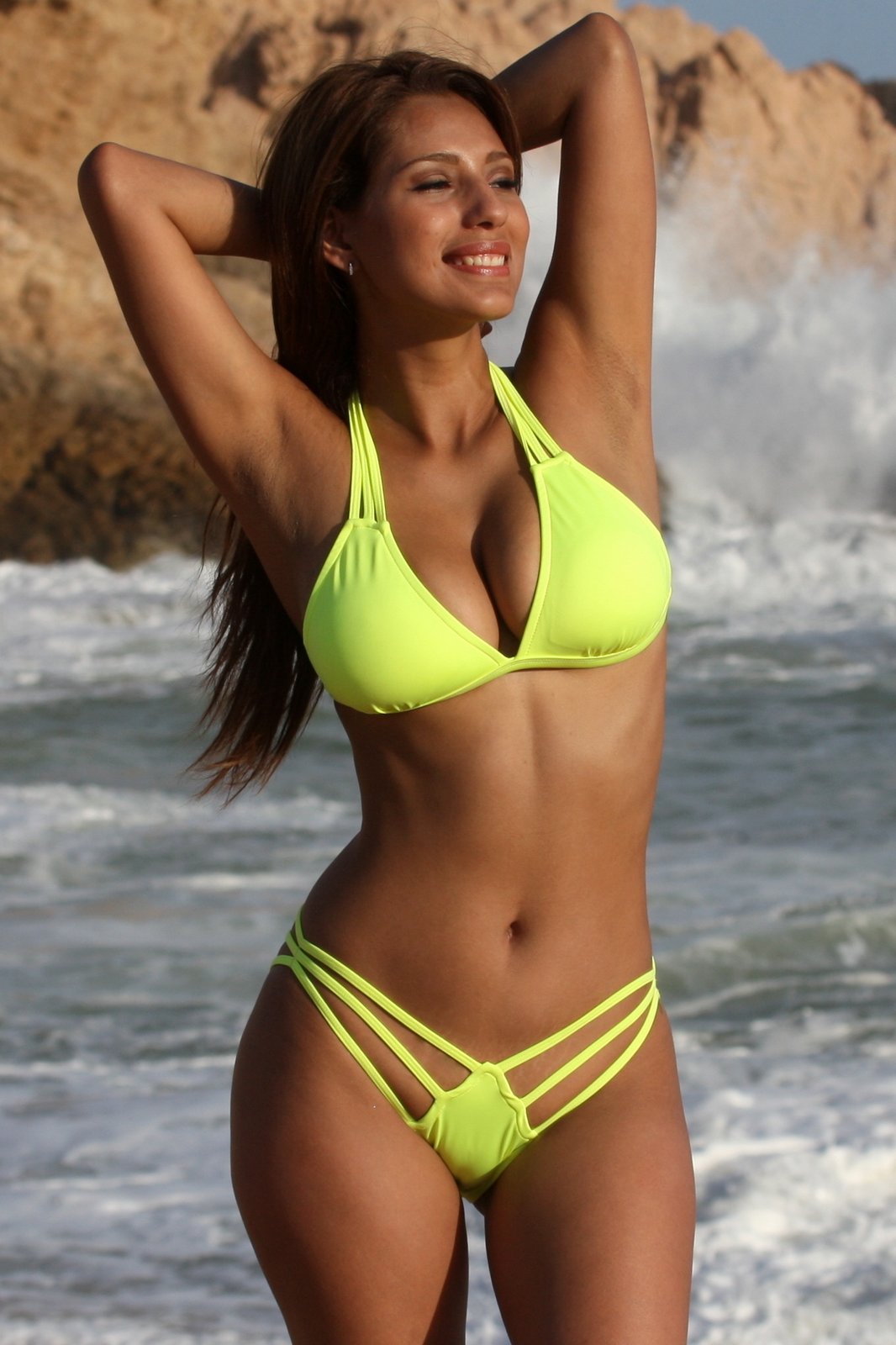