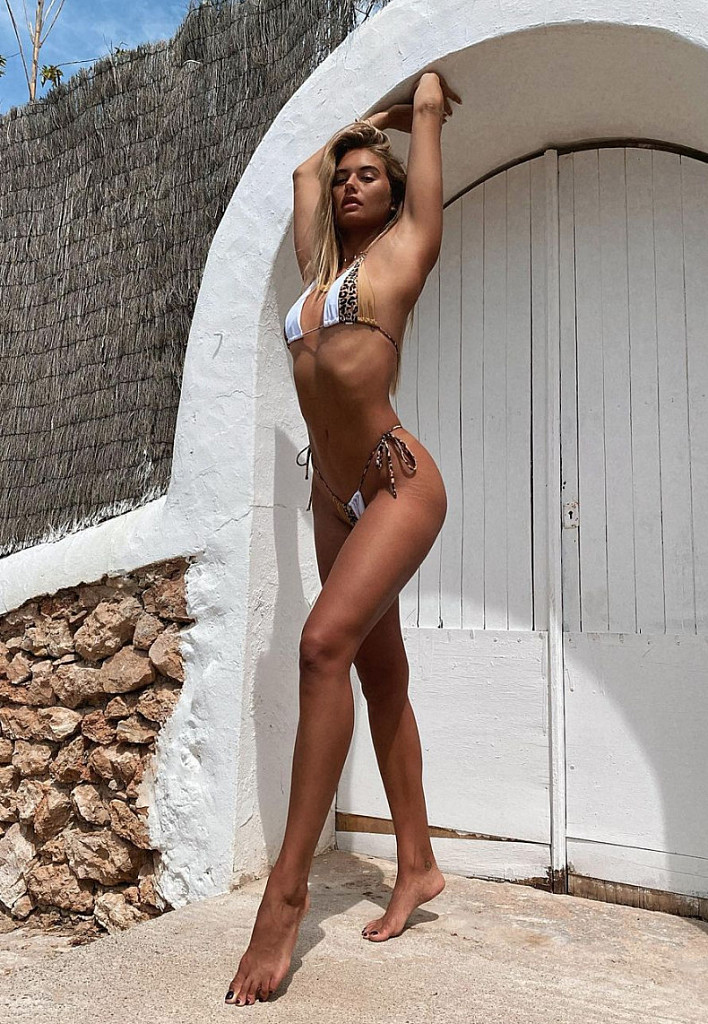 The top had narrow, triangular cups. The skimpy bottoms had a low-cut front and threadlike straps that were tied into loopy bows on the sides, which were pulled high on the sides of her waist.

The model wore her blond locks styled straight, and she accessorized with a bracelet and beaded necklace. 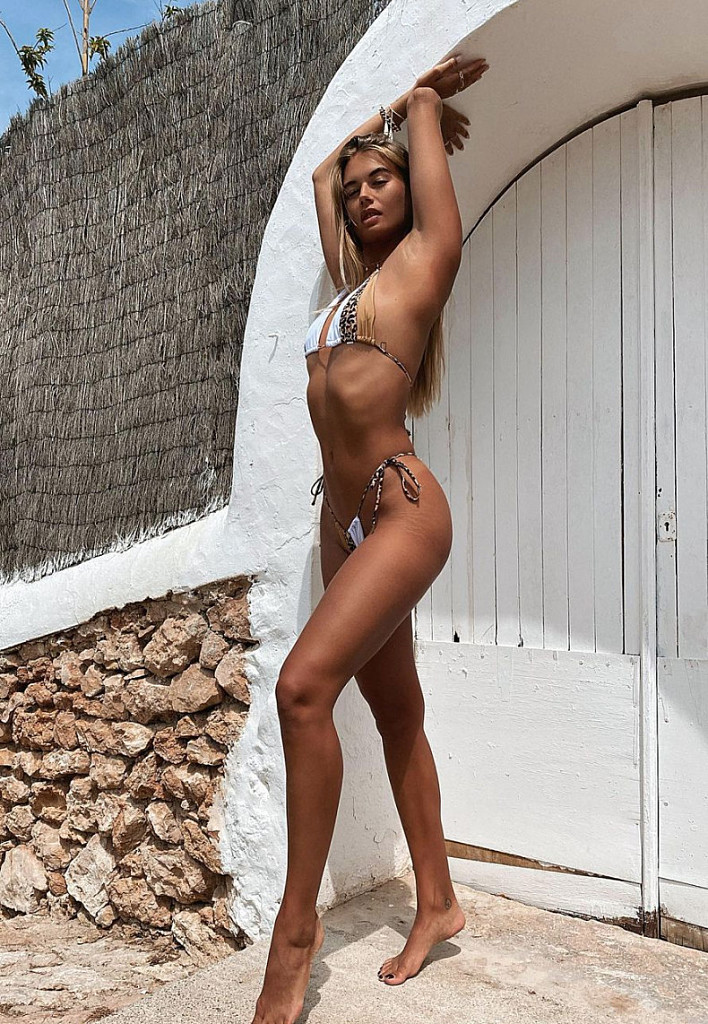 Arabella was outside for the photo shoot. The post consisted of two photos that captured her barefoot from a slight side.She stood at an angle while she posed under an archway in front of a white door on a building that featured a thatched fence on one side.

In the fist frame, Arabella stretched her hands above her head and placed her hands on the arch. With her back arched and one leg slightly forward, she showcased her her lithe figure. She pointed her toe, flaunting her long, lean legs. The pose showcased her flat abs, curvy booty and toned legs. Also on display was her hourglass shape. Her sun-kissed skin popped against the white paint on the door. the model looked at the lens with a sultry expression on her face.

The second picture was similar to the first. Arabella posed with her arms stretched above her head while she gazed at the camera with one leg forward.