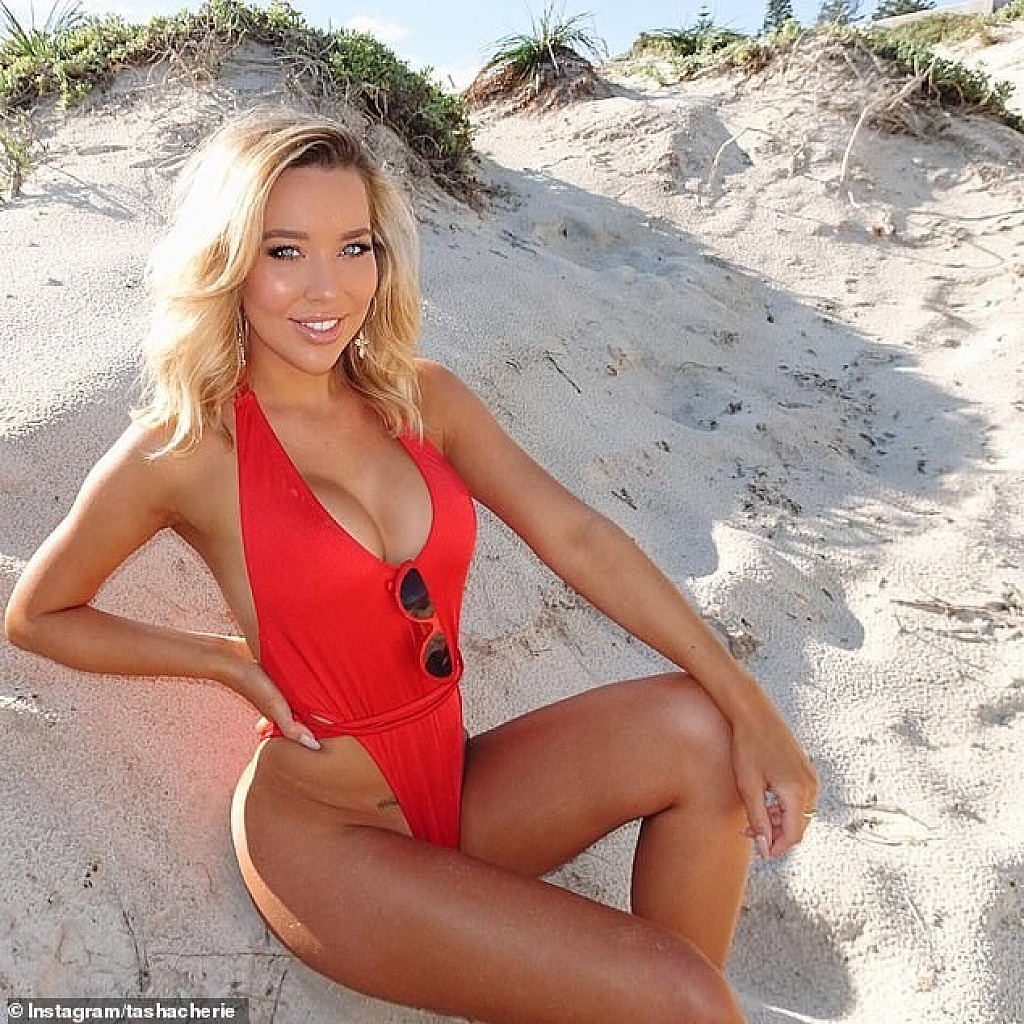 No one can accuse Love Island Australia's Natasha Webster of being shy and on Thursday, the 24-year-old reality star took to Instagram to showcase her washboard abs and flawless physique in a rather daring bikini. Holding a champagne glass, she captioned the snap: 'Such a fun Boxing Day.'

Looking thoroughly bronzed, the model kept her makeup palette simple with a flawless complexion, dark brows and a pink lip.

Natasha made her mark on Love Island Australia earlier this year, but was eliminated after failing to 'couple up' with any of the male contestants.

The Perth local had suspected she would be sent home early in the season, but nonetheless appears to be enjoying the single life today.  After being eliminated, she suffered a wardrobe malfunction as she left the resort. The blonde bombshell left little to the imagination in a white bralet and red miniskirt, which at one point revealed more than she bargained for as she made her exit.

“It's very sad, I wish I wasn't leaving,' she said while bidding farewell to the islanders. She later wheeled a suitcase outside and, while trying to adjust her skimpy outfit, accidentally flashed a glimpse of her underwear.