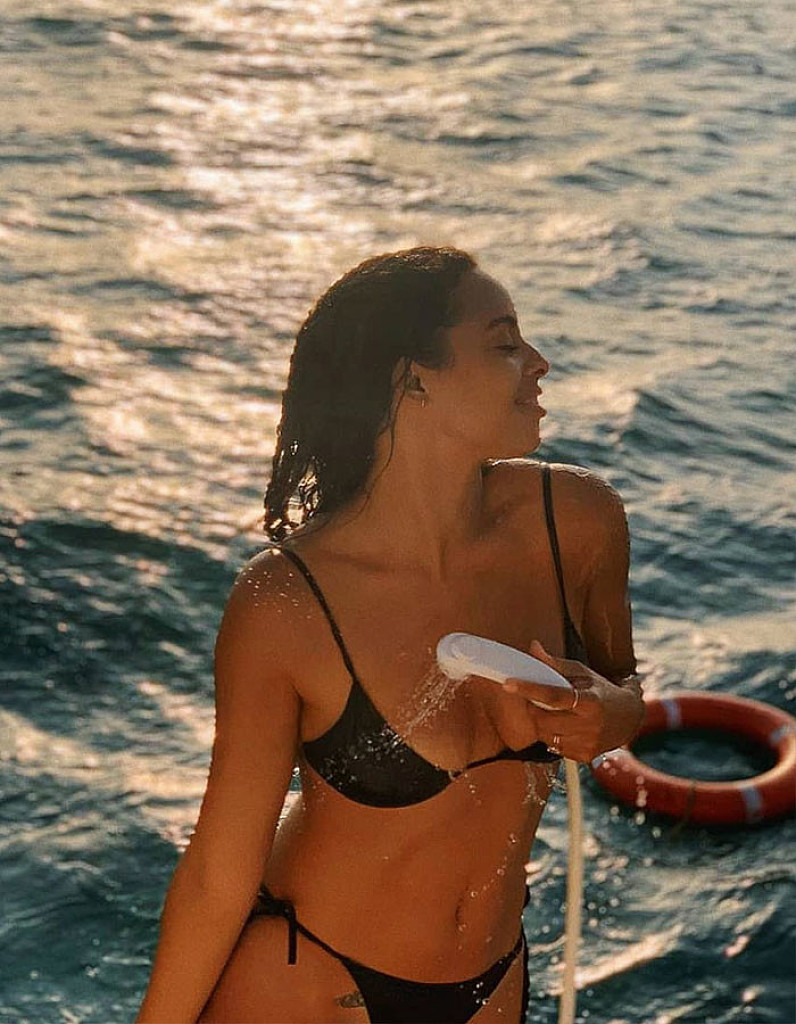 Rochelle Humes is been enjoying a relaxing trip to Dubai with her husband Marvin, their two children and her lookalike sister Lili

Rochelle Humes has been treating her followers to a slew of social media snaps from their super yacht stay, sharing some bikini pictures on Wednesday after a relaxing day in the sunshine.

The star, 30, showed off her toned figure in a black bikini as she cooled off with a shower following a dip in the ocean.

Rochelle was seen gazing into the distance a she posed on the edge of the boat, showing off her natural beauty by going make-up free. 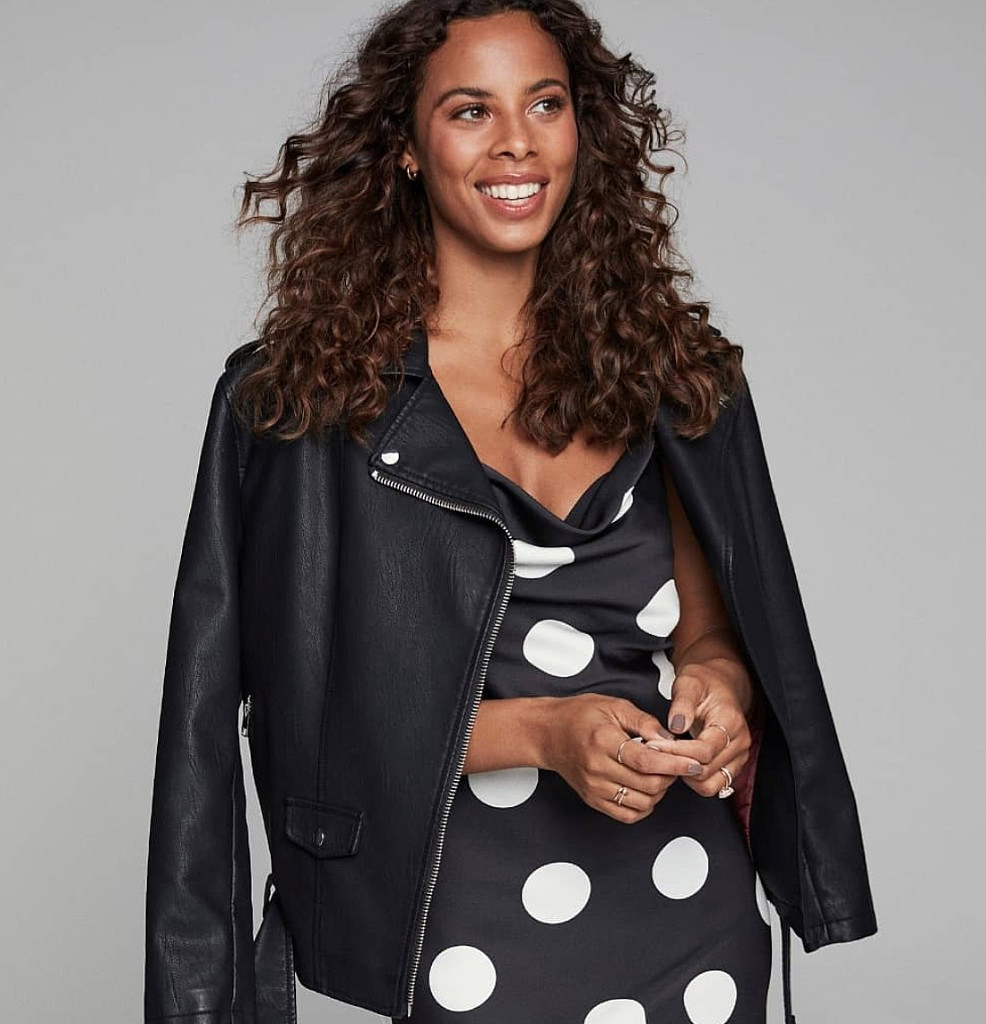 The TV personality captioned the snap: 'When I grow up I wanna be a mermaid...'.

In April, the TV presenter revealed the amazing story of how she reconnected with her long-lost sister Lili after 23 years apart.

The television presenter, whose parents divorced when she was three years old, had only met her lookalike sibling once when she was five.

Rochelle grew up with her mother Roz Wiseman while Lili was raised by their father Mark Piper and they lived separate lives for two decades.