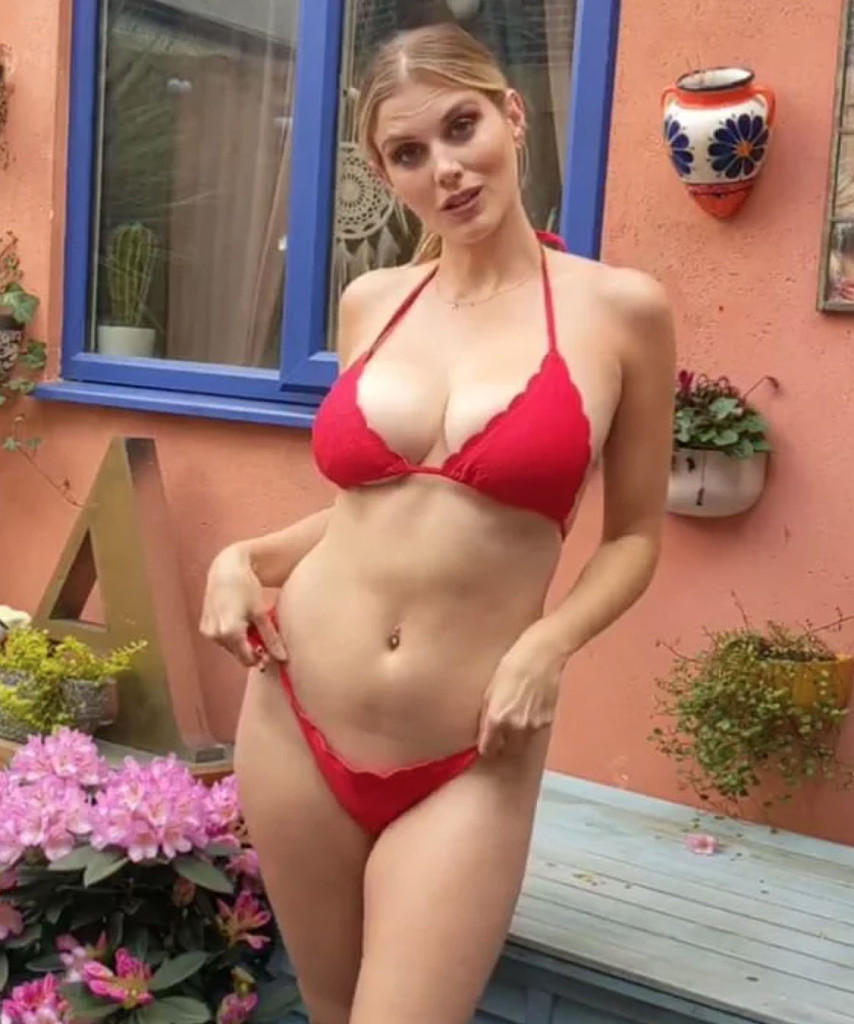 Ashley James, 33, penned a love letter to herself this week after receiving messages from fans who are struggling with body image. 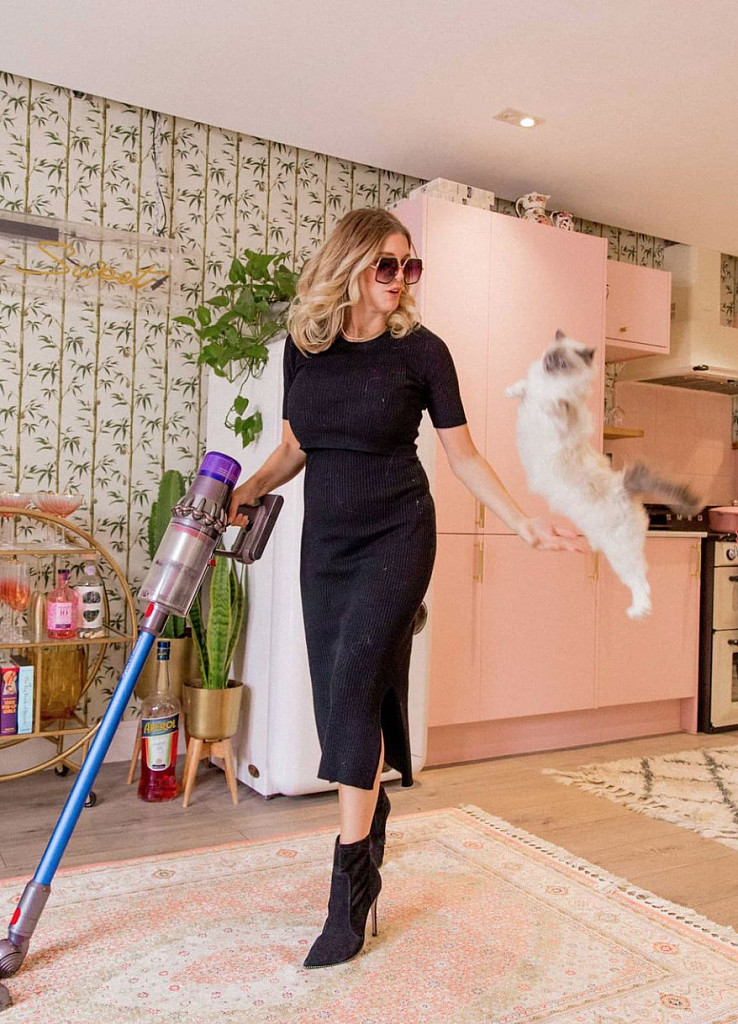 The DJ said the song, which features the lyrics: "You will not understand the power and beauty of your youth until they've faded," reminded her to worry less about how her body looks. 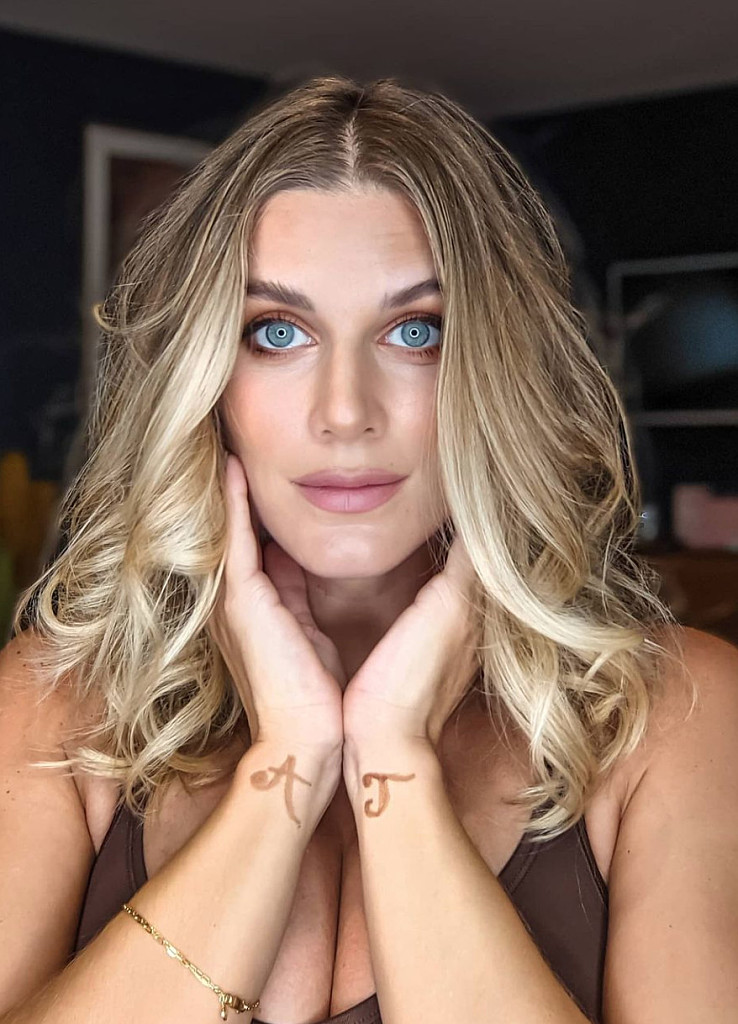 She flaunted her figure in scarlet string bikini with scallop-edged while splashing around in a tiny paddling pool in her sun-soaked garden.

The blonde beauty also wiggled her bottom and grabbed the flesh on her stomach for the camera.

Echoing the song that topped the charts in 1999, Ashley said in the future you'll remember what your body has allowed you to experience "not what size you were".

Her length post read: "A love letter to my body."

"I've had a lot of messages from people, mainly girls, saying they're struggling with body image or weight gain, especially after so much (unnecessary) attention on Adele's weight loss."

"...Anyway, I decided to film a little love letter to my body," she continued.

The former Made In Chelsea star went on to explain: "I was sat listening to Baz Luhrmann's song, Everybody's Free (to Wear Sunscreen), and it made me think that despite what our bodies look like right in this very moment, we will look back and wish we'd worried less about how they looked."

she continued: "This body has picked me up from rock bottom, ran two marathons, hugged friends and family, swam, been a pillow for Snoop, climbed Patagonia, survived sepsis, seen sharks whilst diving, had two major operations, and who knows what else it might do."

"So really, it really doesn't matter how it looks, especially during a global pandemic."

The DJ signed off: "Flaws or not, I'm going to look back at these moments of my life and think I looked fabulous and lived my life."