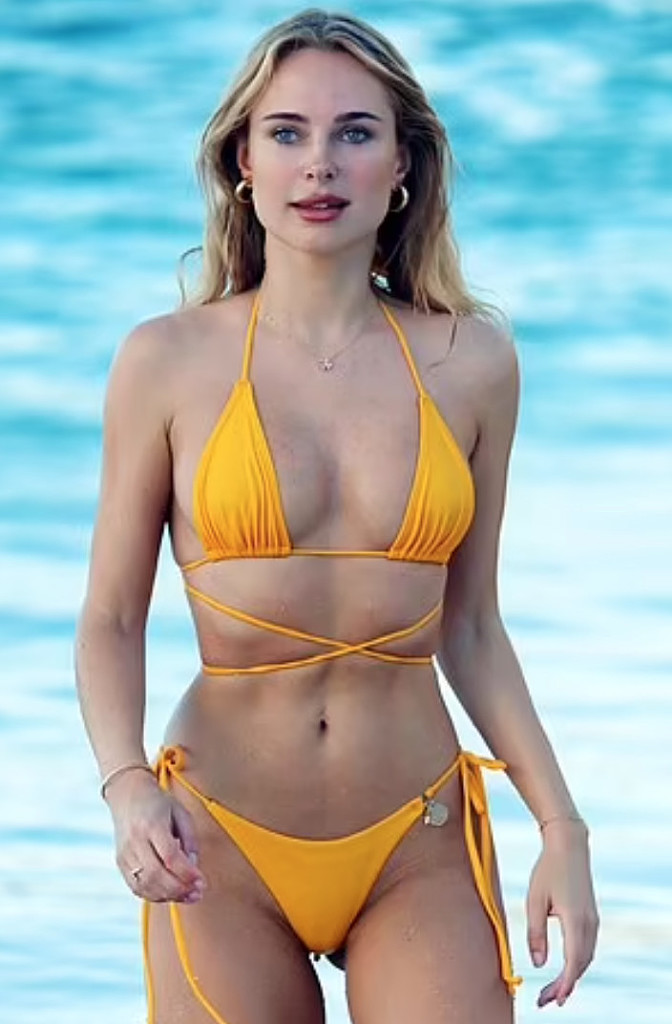 The former Made In Chelsea star, Kimberley Garner, 30, has been holidaying in the Caribbean, where she has made it her goal to put on a show-stopping display at every turn - this time in a sizzling yellow, strappy two-piece.

Kimberley looked breathtaking in the yellow two-piece which comprised tiny triangle cups with string ties, which looped around her phenomenally tight abs and tiny waist.

Her low-slung bottoms further highlighted her washboard stomach, while she turned to show off her peachy bottom while soaking up the sun during her escape from the UK's chilly climes.

Kimberley previously revealed how she used to pretend to be an intern when she first started in business as nobody took her seriously. 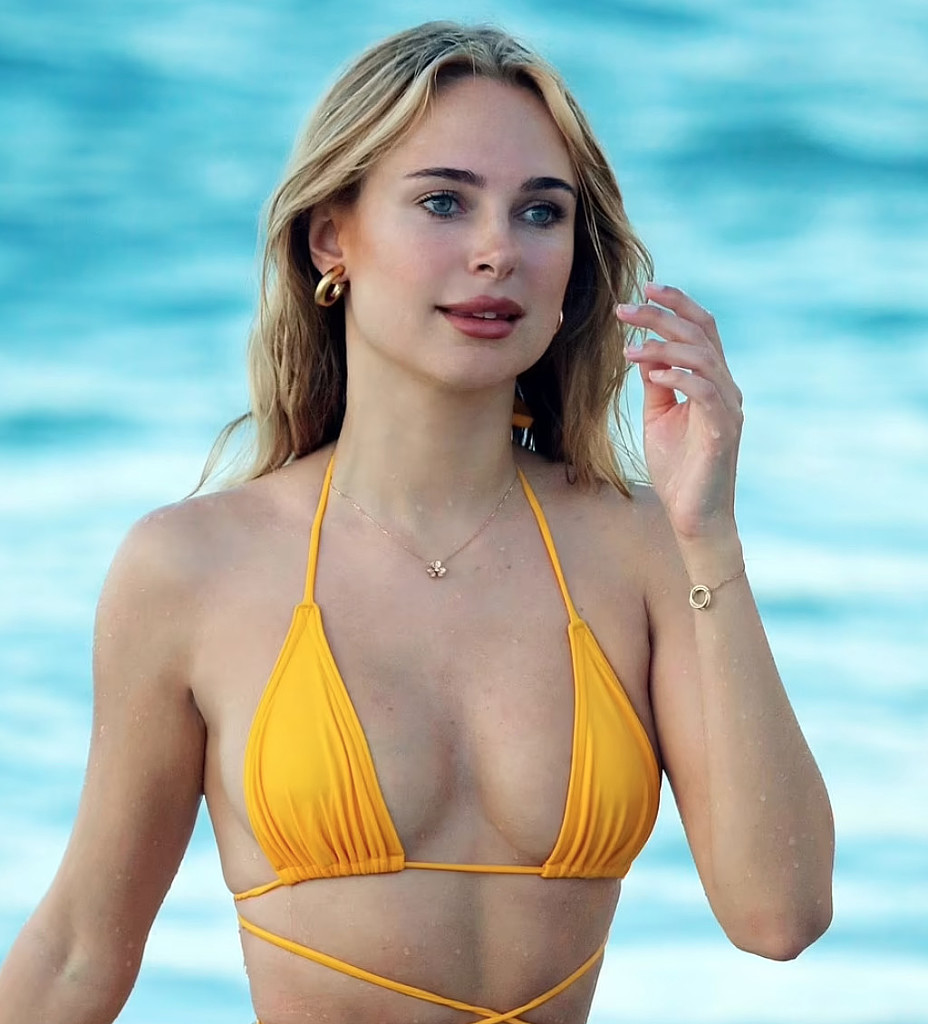 The blonde bombshell, shot to fame when she starred in the show in 2012 as a love interest of Richard Dinan, but is now better known for her sultry bikinis.

She told: 'I think people sometimes think that I’m only the face, but I am responsible for every bit of the business. I was 18 when I started my first company - I came up with an idea, stayed up for days learning how to register the company and teaching myself. It became very successful overnight…’

'However, as I was only 18, no one ever imagined it was mine. I was a young blonde girl with a soft voice. No one would take me seriously or realise it was my company. So, I pretended to be the Intern!… 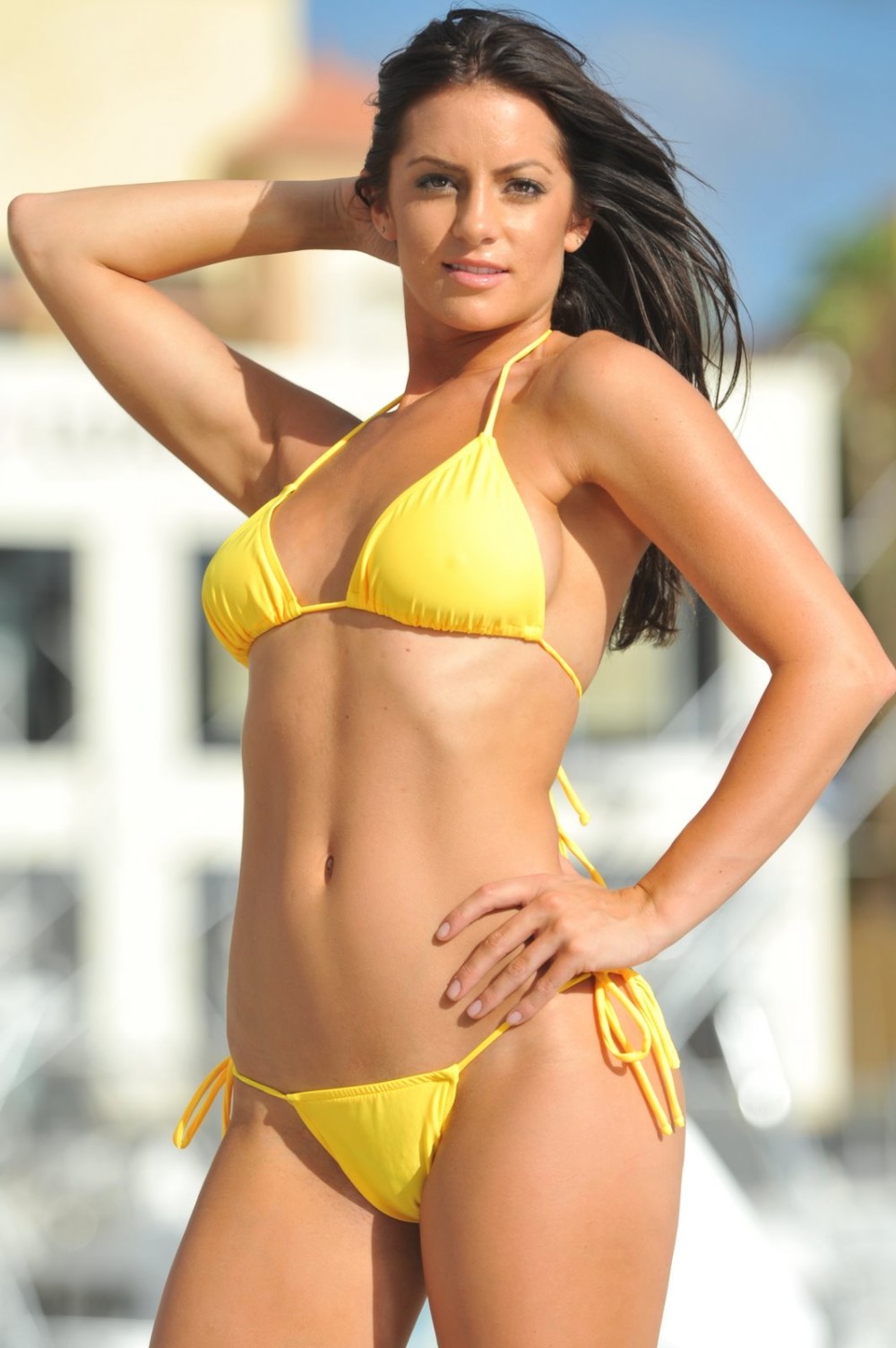