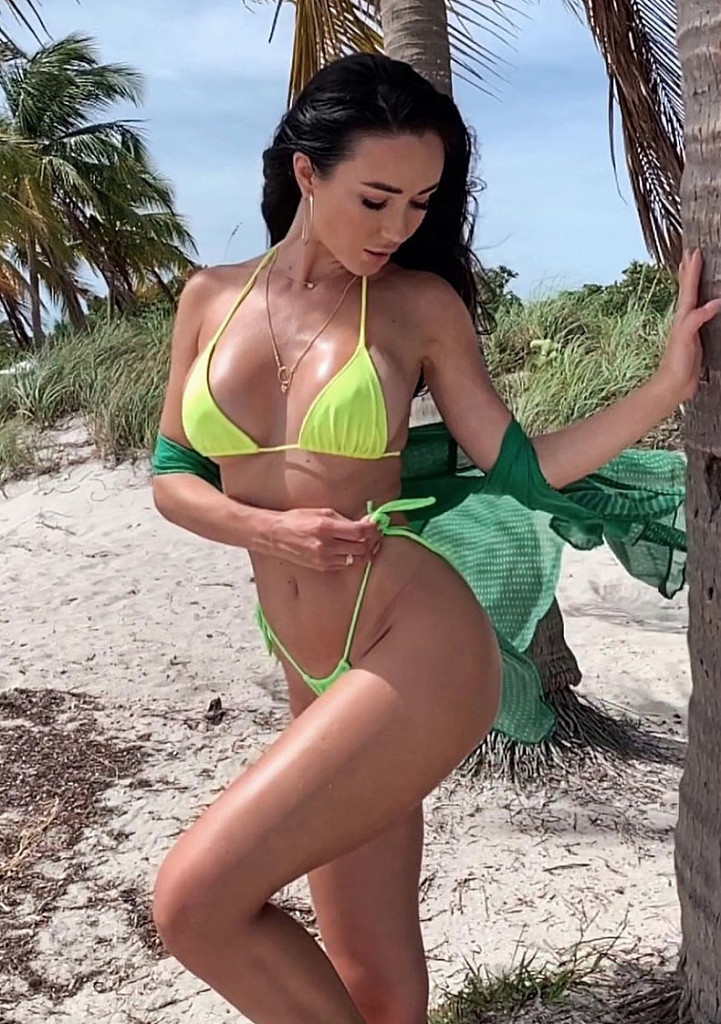 The small bikini flaunted Nina’s peachy buns, leaving little to the imagination. The stunner accessorized with an emerald-green cover-up, which fluttered in the breeze, exposing her pert posterior. The semi-sheer number was covered with white polka dots that added chic and femininity to the racy swimwear. Nina left the garment coquettishly slide off of her shoulders and halfway down her back, revealing the halterneck design of her top.

The elite model showed off the tantalizing ensemble from the front in the remaining snaps. The other photo captured nearly exactly the same scene but from the opposite angle and saw the model leaning her palm on the tree as she raised her knee, flaunting her chiseled pins. The pic displayed the swell of her hip, which was amply showcased in the insanely high-cut bottoms. The item had spaghetti side straps that were pulled high on her waist, tying on both hips with loopy bows. Meanwhile, its scooped waistline dipped dangerously below her belly button, giving fans an eyeful of her sculpted tummy and midriff. 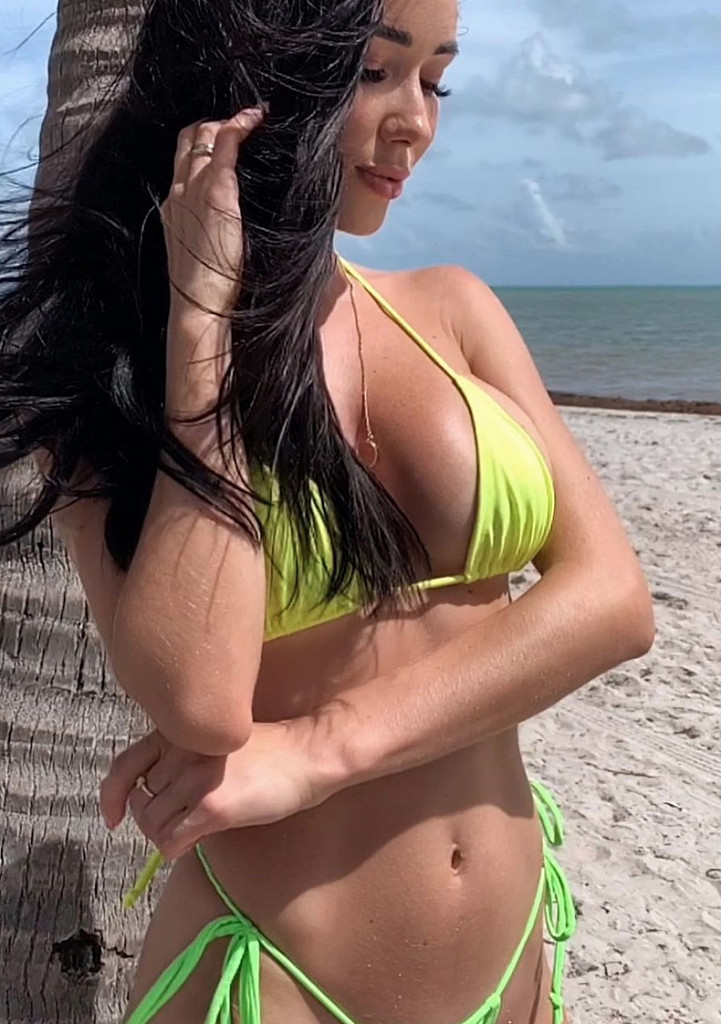 The bathing suit also included small, triangular cups that were spaced wide apart, flashing much of her bosom. A drop-down gold necklace draped over her cleavage, turning her perky chest into a focal point. Her collection of jewelry was complete with a dainty choker, large hoop earrings, and a band ring on her finger. Sunlight illuminated her décolletage and thigh, lending a sexy sheen to her supple skin. 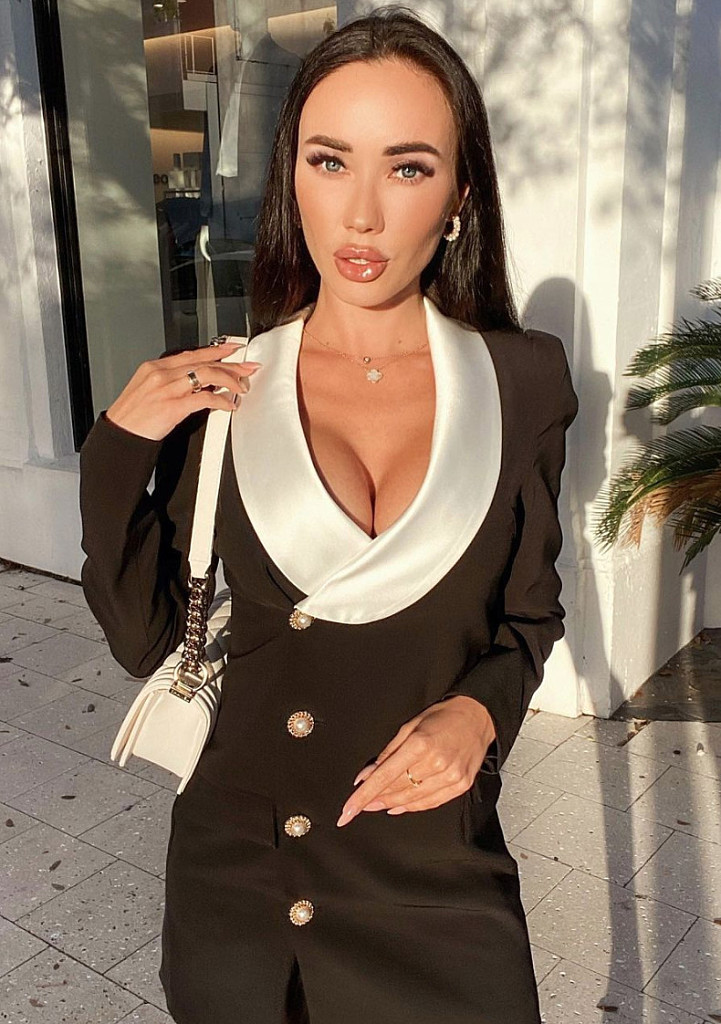 The middle snap was was closely cropped to Nina’s hourglass curves and showed her crossing one arm over her midsection as she pensively closed her eyes and brushed back her hair.