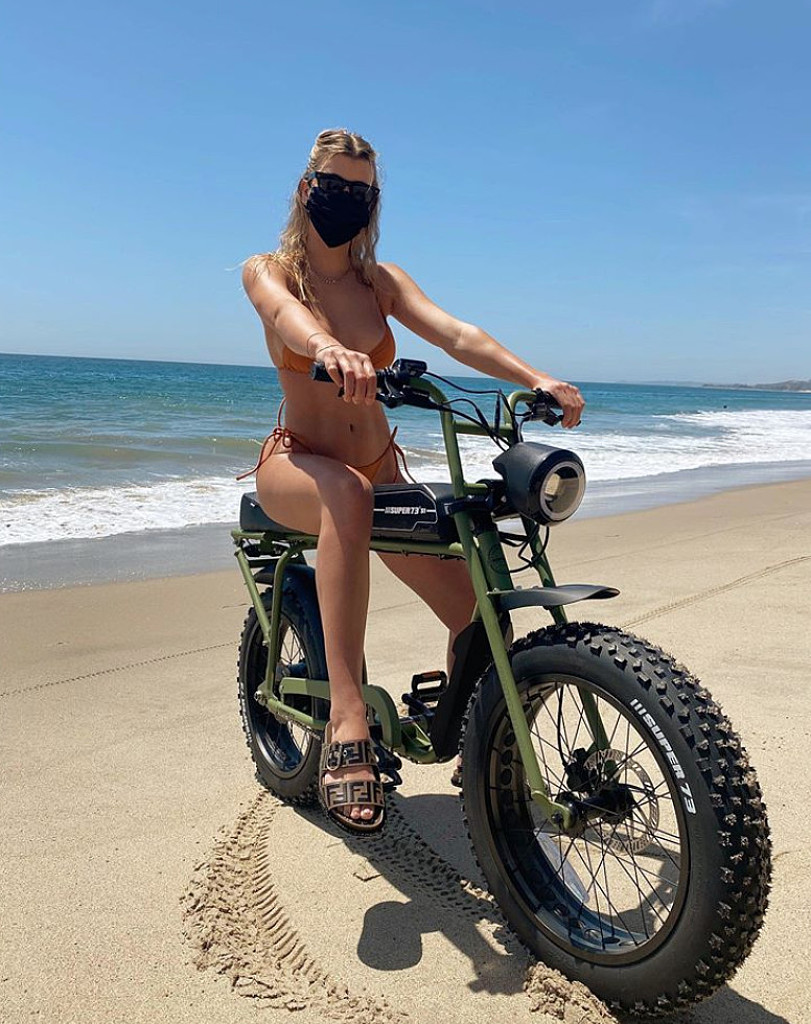 The model and reality star uploaded the photo of herself on the sand, with the stunning blue ocean and sky stretching for miles behind her.

The 21-year-old didn’t leave a whole lot to the imagination as she enjoyed the sunshine. 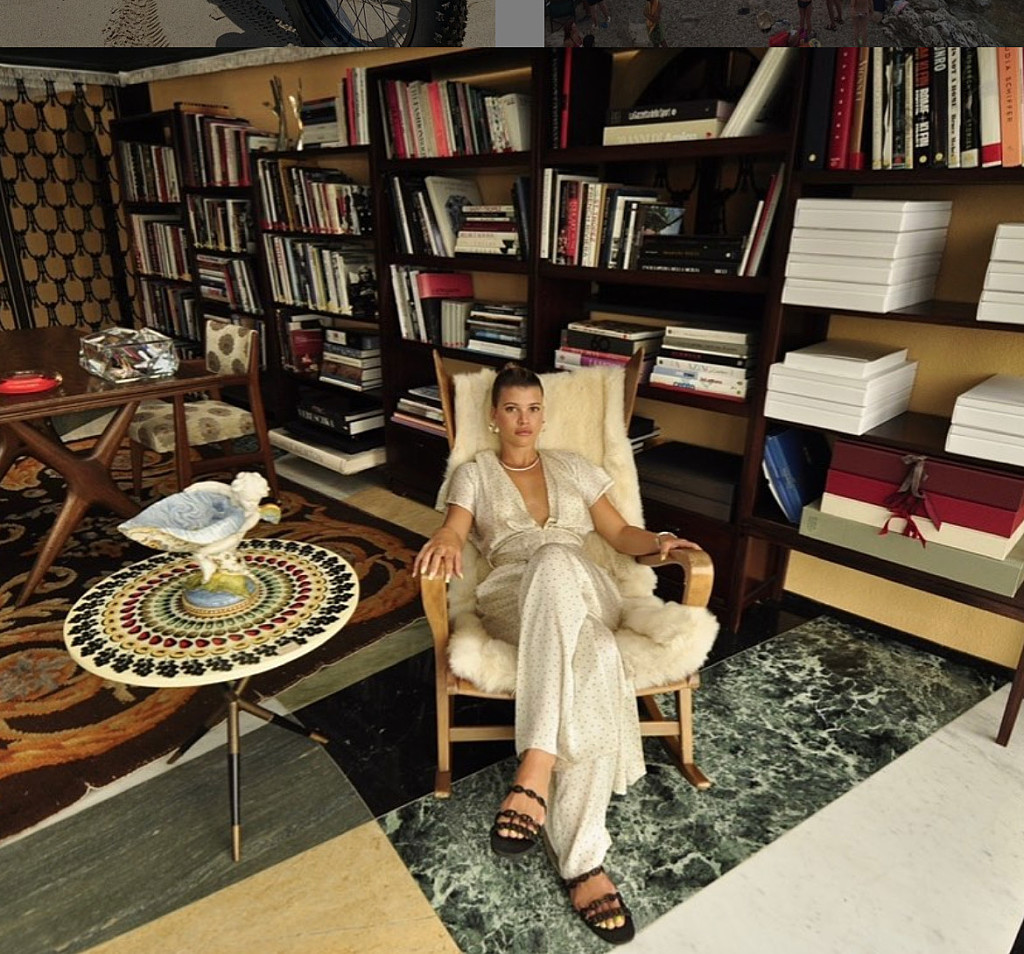 Sofia rocked a pretty skimpy bikini for her socially distanced beach day. She flashed plenty of skin and her glowing allover tan in the swimwear, ditching the clothes and instead opting for nothing more than an orange two-piece. 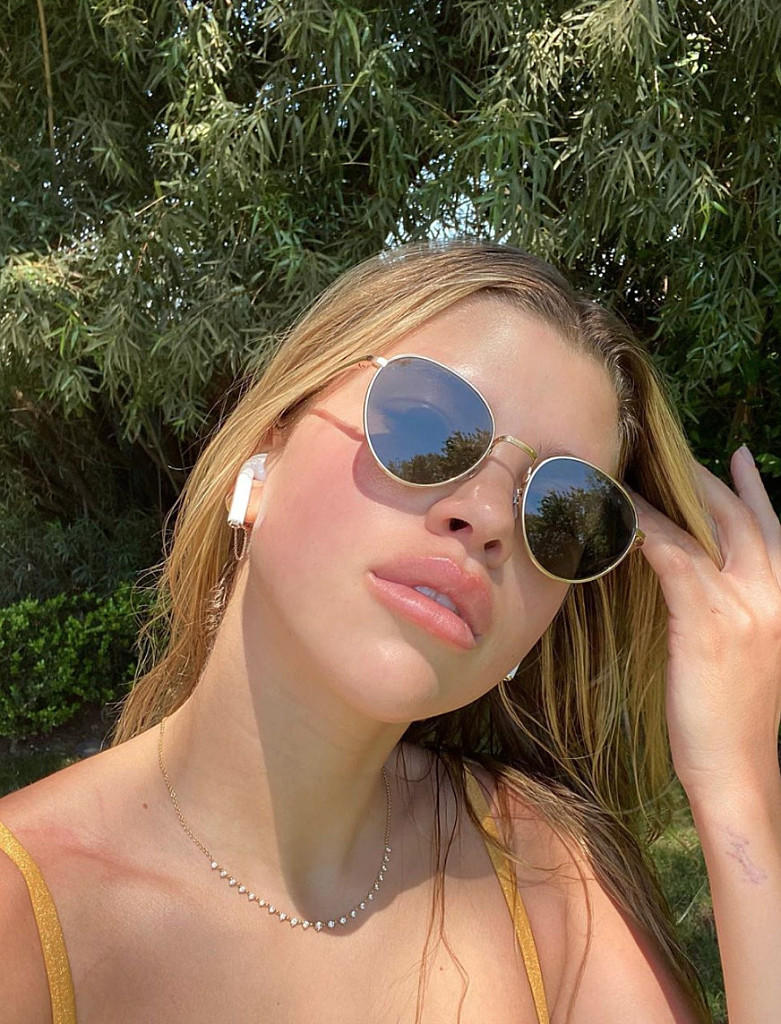 She rocked a pair of tiny bikini bottoms with thin straps that were tied into large bows over both of her hips.

Lionel Richie‘s daughter opted to keep things coordinated as she paired the bottoms with a matching orange bikini top that plunged pretty low on the chest to show off plenty of her decolletage, with thin straps going over her shoulders.

She teamed her colorful two-piece with a pair of designer Fendi sandals with thick straps as she posed for the camera with one foot on the bike’s pedal.

The bikini perfectly highlighted her flat and toned tummy as she rode around on the sand. She had her hands tightly gripping the handlebars of the green and black bike, which featured very large tires for pedaling along the uneven terrain.