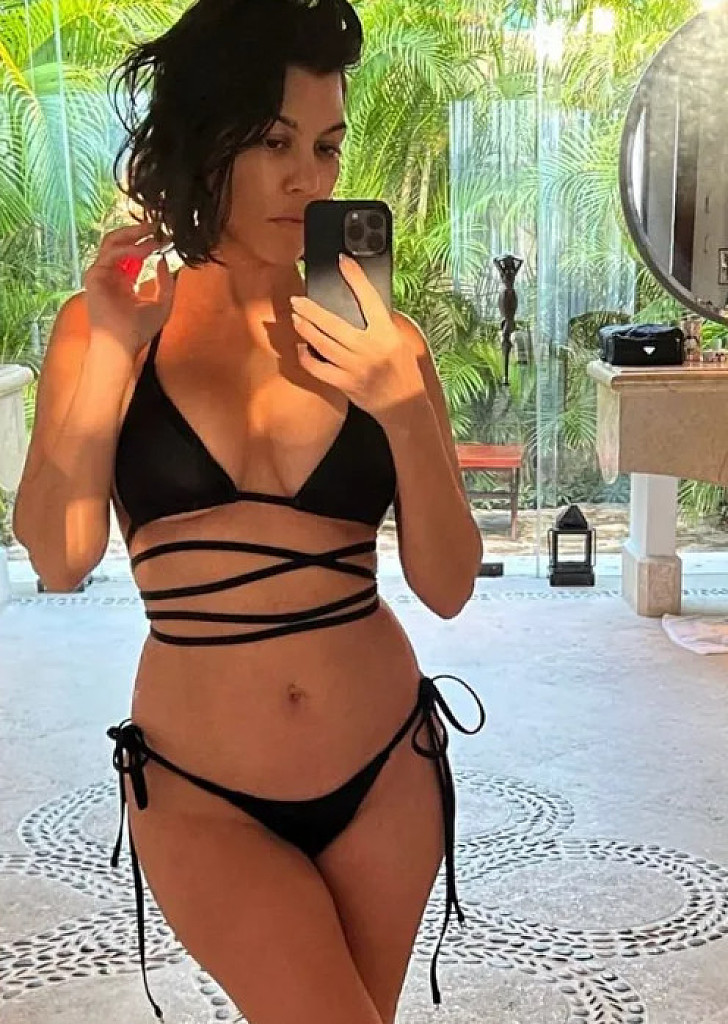 Kourtney shared a photo of herself posing in a mirror as she modeled a tiny black bikini, which included lace wrapped around her torso.

The Keeping Up With the Kardashians alum crossed one leg in front of the other as she took the photo with one hand and placed her other hand near her hair. 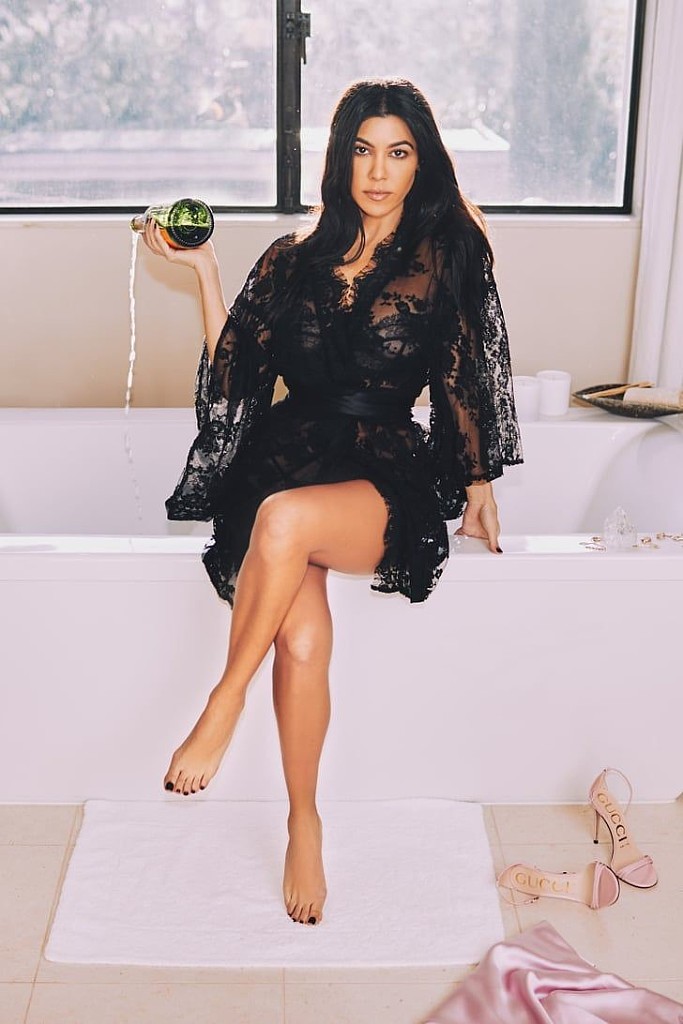 Her impressive body was on full display in the post, which she captioned: “5 pilates moves that do double duty.” 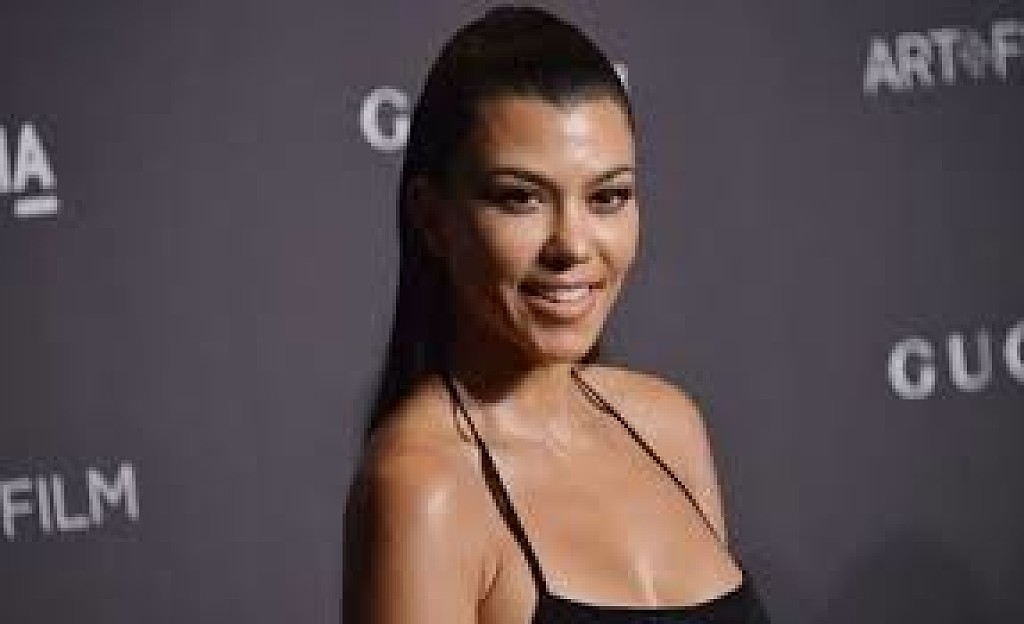 The TV personality shared the sexy shot as fans believe she is expecting a child with fiancé Travis, 46.

Kourtney Kardashian and Travis have been vocal about their desire to expand their family, while her ex-step-parent Caitlyn Jenner recently fueled speculation that a fourth child may be on the way.

The 71-year old opened up about the number of grandchildren in the Kardashian clan during an interview. During the interview, the former Olympian spoke about her grandchildren and claimed there were reported: "two in the oven."

Caitlyn said: "I told all the kids. I'm going for 30 grandchildren. That's a nice round number."

Meanwhile, Travis is the father to teenagers Alabama, 15, and Landon, 17, with his ex-wife Shanna Moakler.

Despite seeming to want more children, Kourtney has been slammed as some fans believe she "never" spends time with her three kids.

She has been accused of "snubbing" her children because she was focused solely on her engagement. 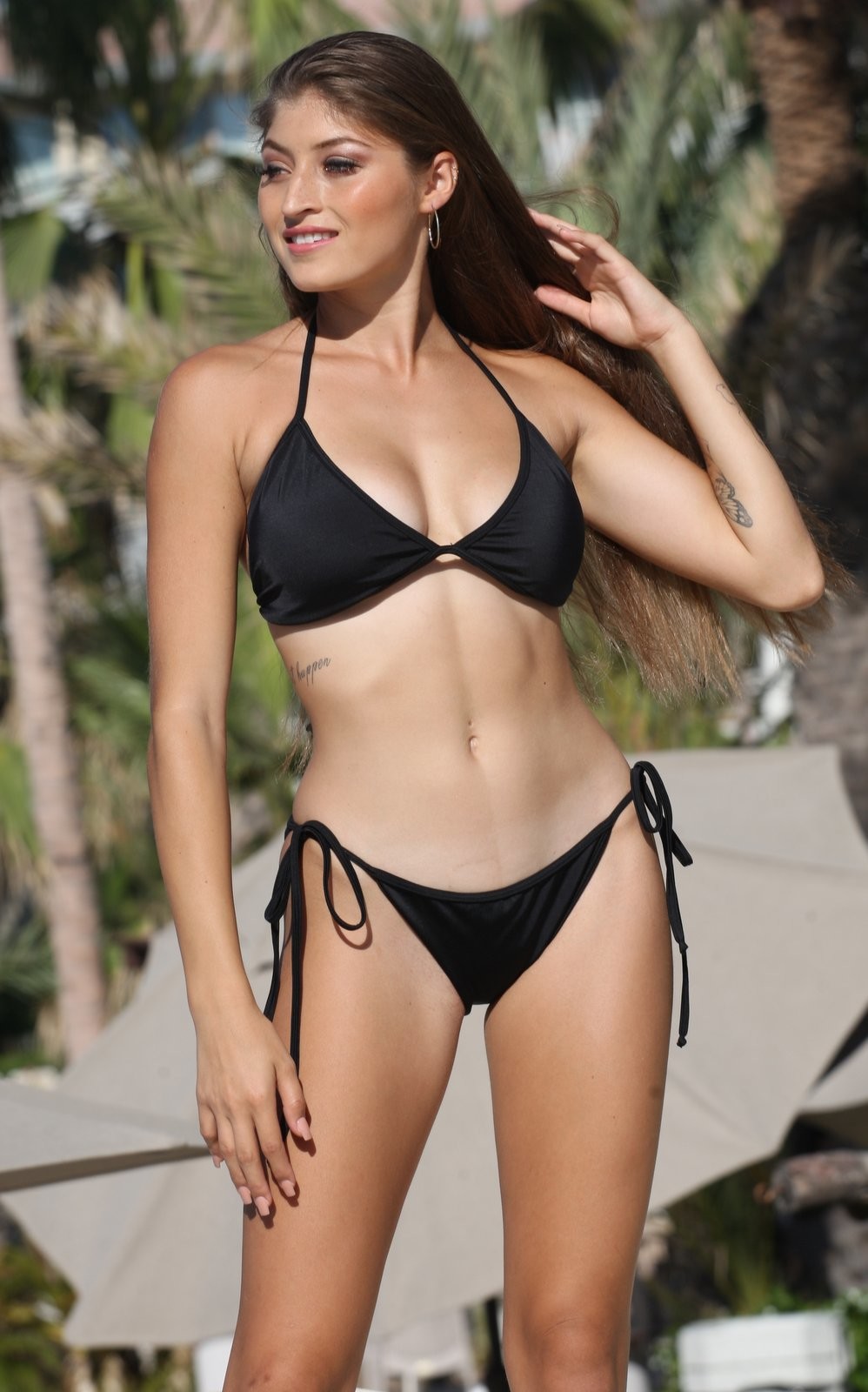