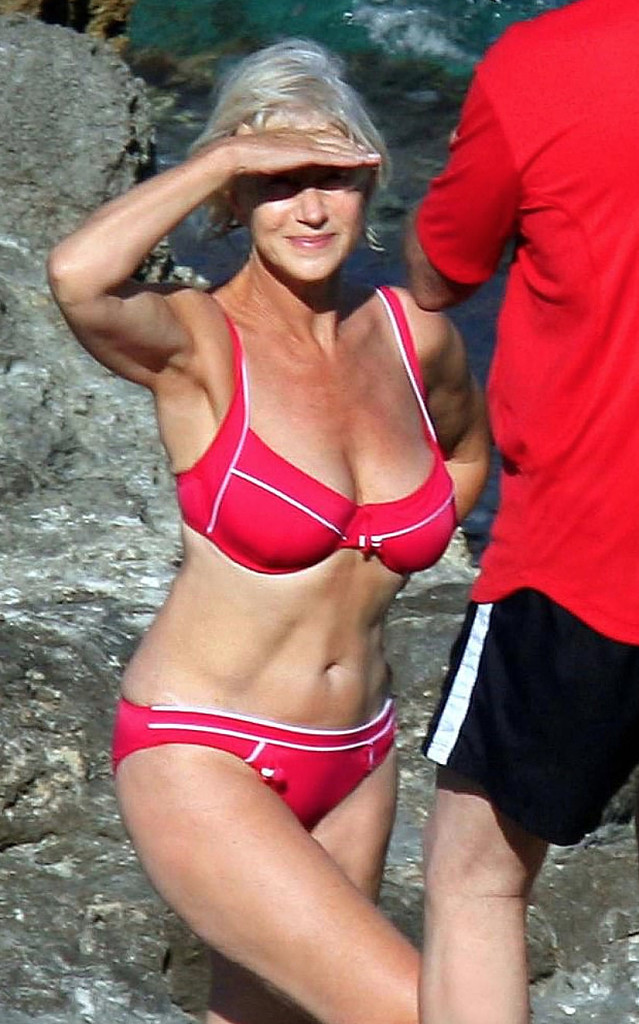 It was the bikini snap that drove thousands across the globe wild and cemented her reputation as a sex symbol.

And Helen Mirren, 74, has now detailed the story behind the image of her incredible beach body on an Italian beach which surfaced in 2008.

Speaking to KTLA's Sam Rubin, the actress revealed that she was just trying to 'suck in her stomach and her cheeks to look good' for an impromptu snap taken by her husband Taylor Hackford, when she suddenly noticed a paparazzi flash in the distance. 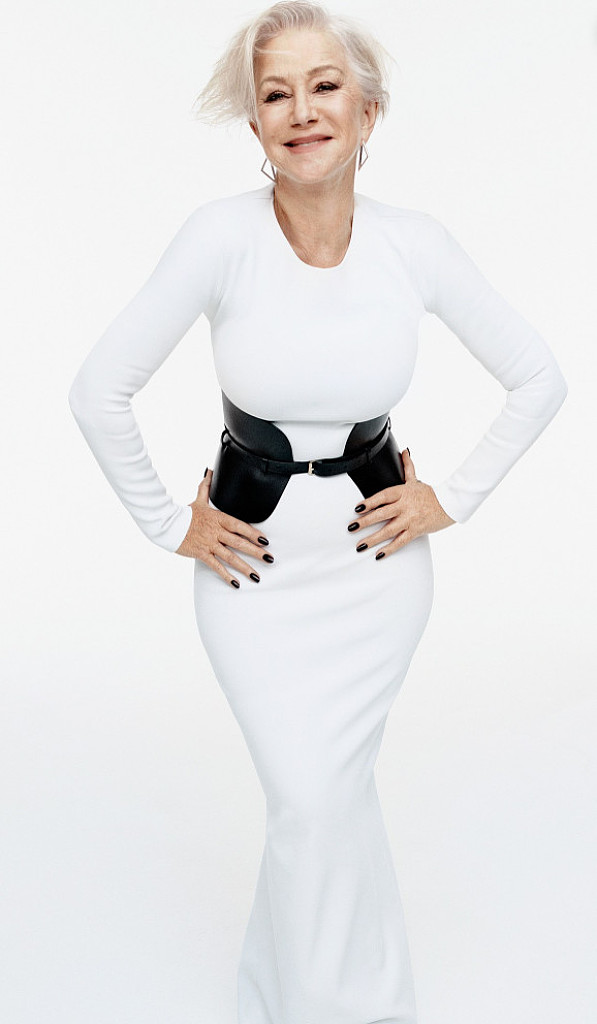 When quizzed by Sam about the famous snap, Helen revealed: 'So, we were there, Italian beach, swimming a little bit, lying in the sun, and Taylor said, "Stand up, I want to take a picture of you."

'So I stood up, and sucked my tummy in because my husband was taking my photo. I tried to suck my cheeks in. I tried to look... good.' 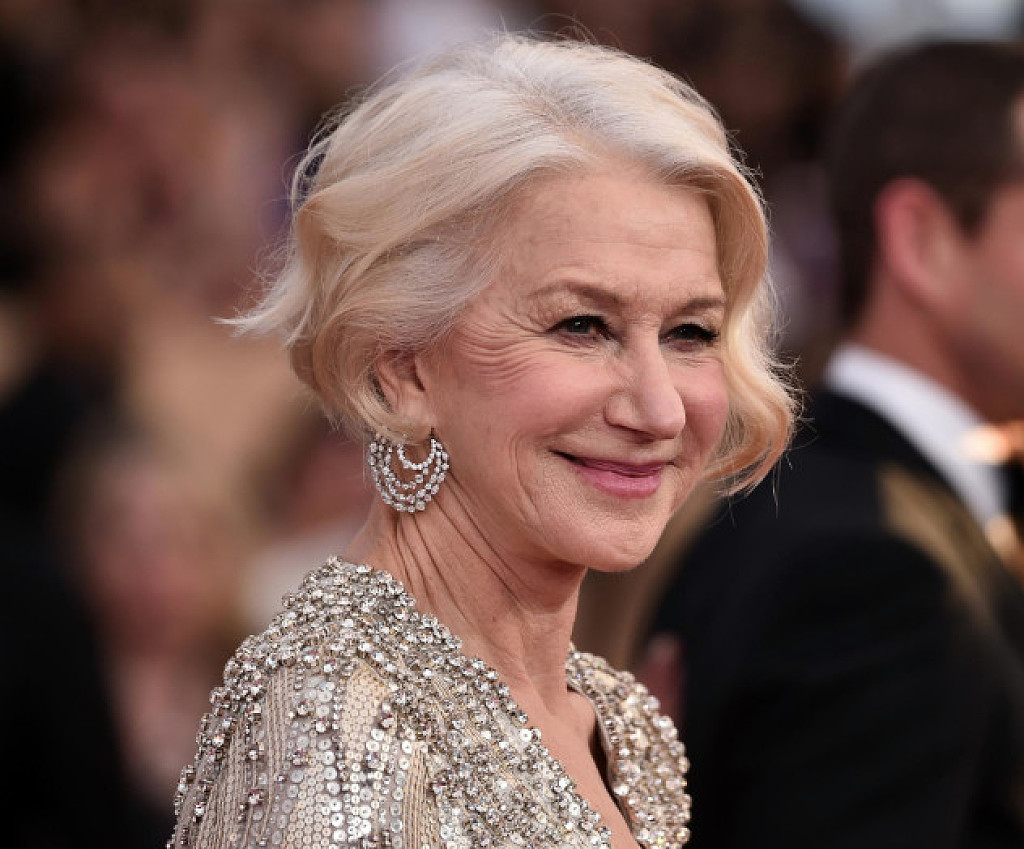 Noticing her hesitation, Sam quipped: 'You were about to say "sexy"!

Helen burst into a fit of giggles: 'Hahaha, I was, but no!' She continued to detail her story: 'Just as he took the shot, I saw a flash in the hills.

'Taylor said, "what's the matter?" I said, "there's paparazzi up there!'

In 2016, it was revealed that business opportunities arose for the then-63-year-old actress in 2008, although she reportedly refused them all as she was 'not interested' in profiting from the now-famous shot. 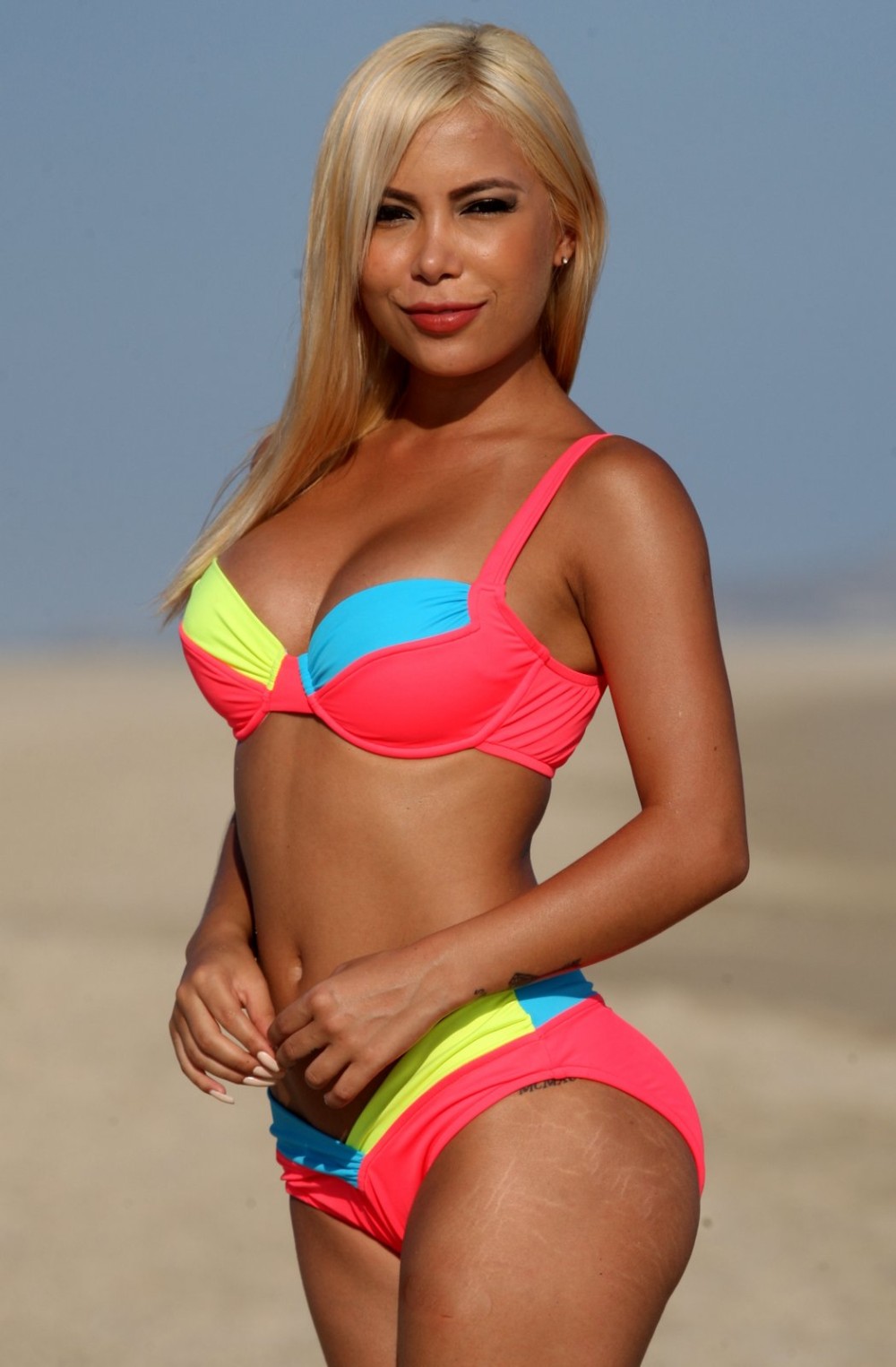