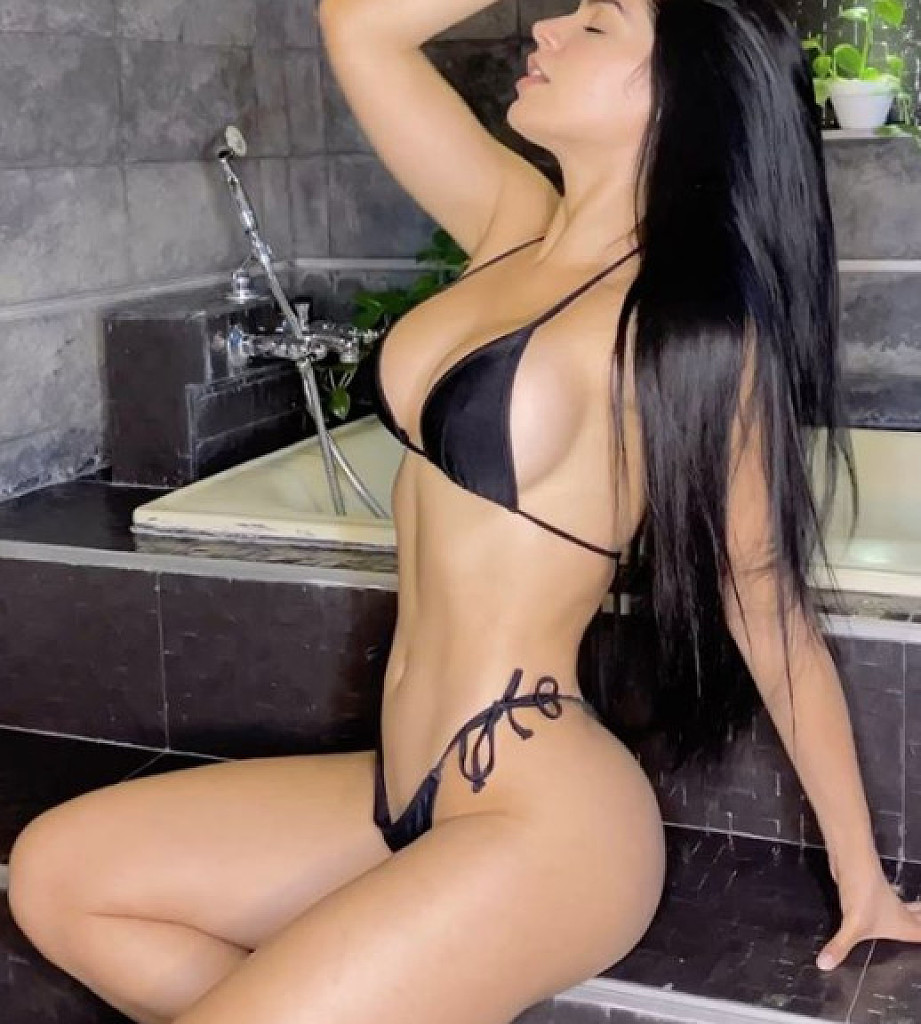 The black string bikini featured a top with small triangles of fabric across the chest that barely covered Stephany’s bust cleavage and left plenty of sideboob on display. The bottoms sat low on her pelvis, leaving the length of her toned tummy exposed and were tied high on her hips. The eye was drawn to her long, lean legs and sculpted backside. Stephany left her straight, dark tresses loose and flowing down her back and over her shoulders.

The clip was filmed in a bathroom where Stephany posed in front of a luxurious bathtub. It began with her sitting on the edge of a black-tiled step that led to the raised tub. She played with her hair and kept her eyes closed, running her fingers through the shiny locks. She placed one foot underneath her leg and sat with her profile facing the camera to show off a bit of her backside. 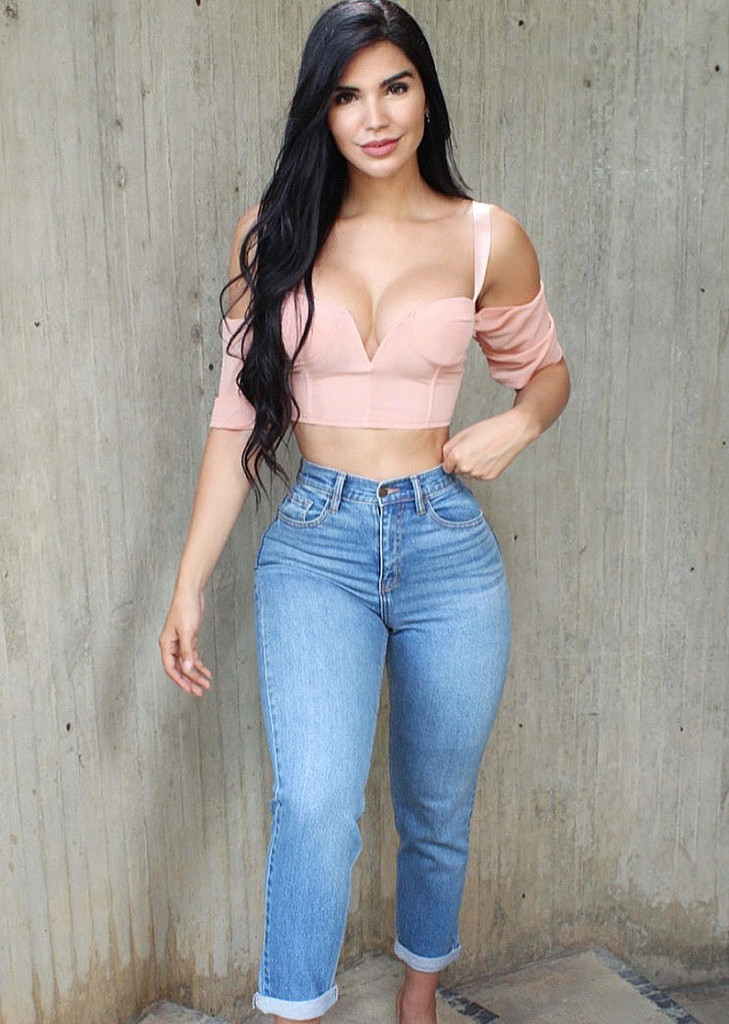 As the video continued, Stephany stood up and leaned against a clear shower stall while playing with the tie on the bikini bottoms and flashing her bright white smile for the videographer. She then picked up a Bang Energy drink and took some sips, leaning her head against the wall and closing her eyes. 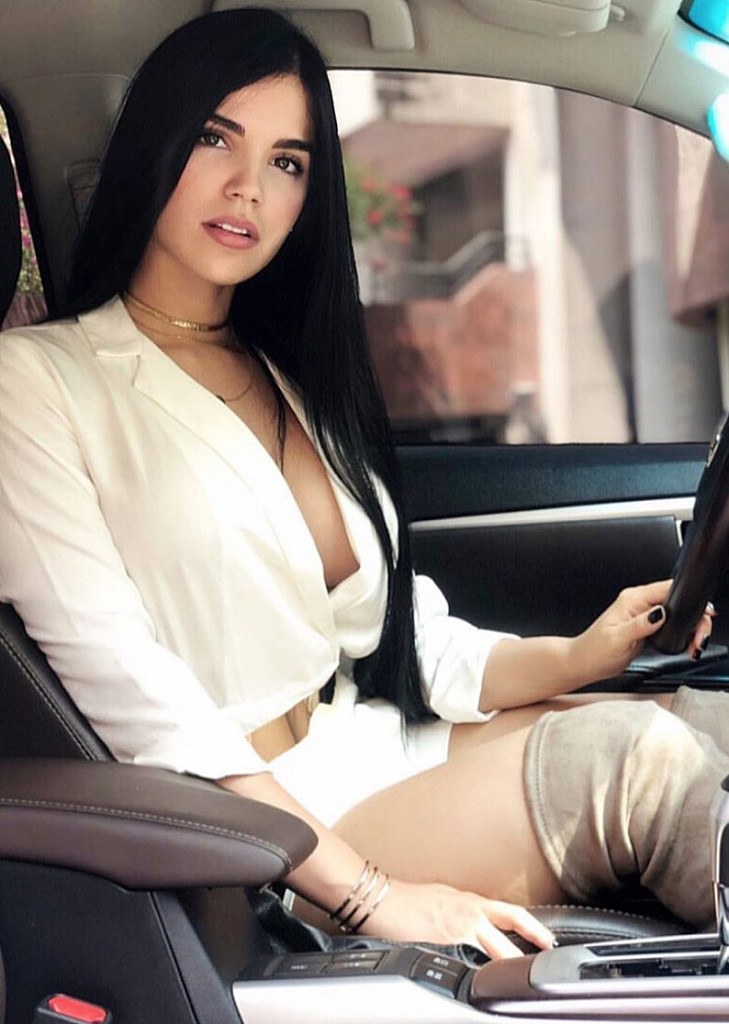 The video cut between Stephany sitting on the lip of the tub again and leaning against the wall next to the shower. At one point she placed the energy drink against her leg and the camera zoomed in on her thighs and abdomen, slowly panning back out. The clip ended with her taking one last sip from the can.