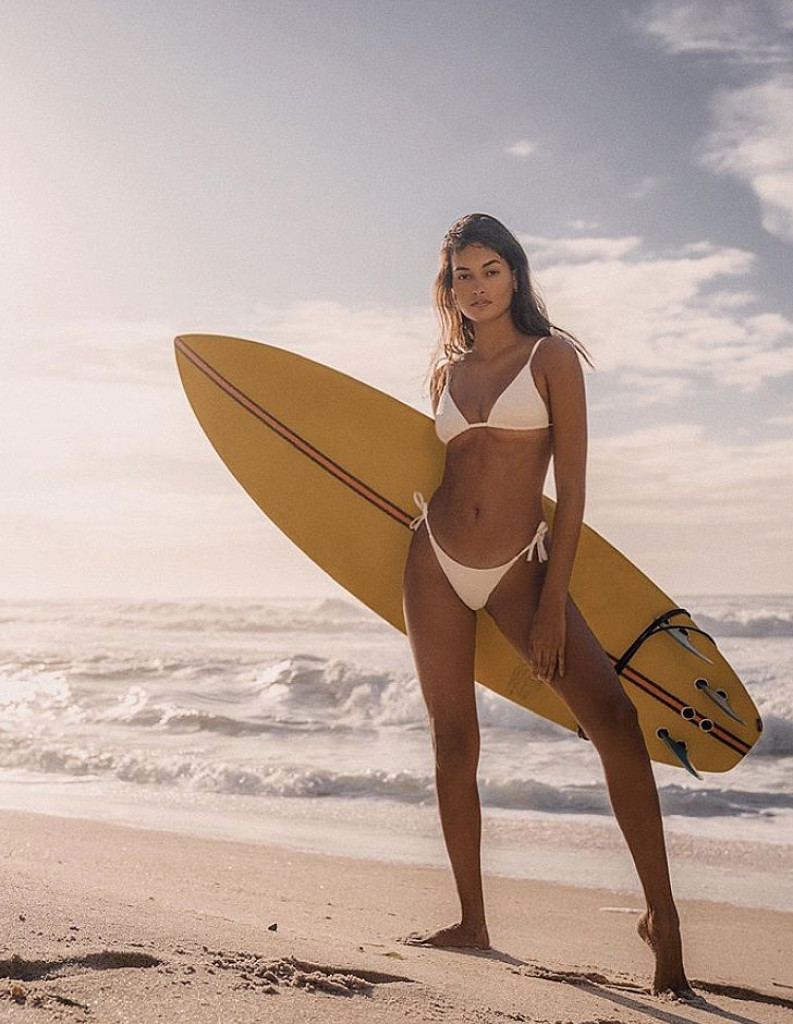 Gizele Oliveira is back in a bikini

The Victoria’s Secret model Gizele Oliveira upload included a total of four photos of the 26-year-old standing in the sand as the waves crashed to the shore and the golden sun spilled over her flawless figure.

Gizele looked ready to catch a few of the waves, as she was carrying a bright yellow surfboard in her hands while posing for the camera. She looked smoking hot in a minuscule bikini that left little to the imagination and was sure to have turned a few heads as she enjoyed her day out on the water. 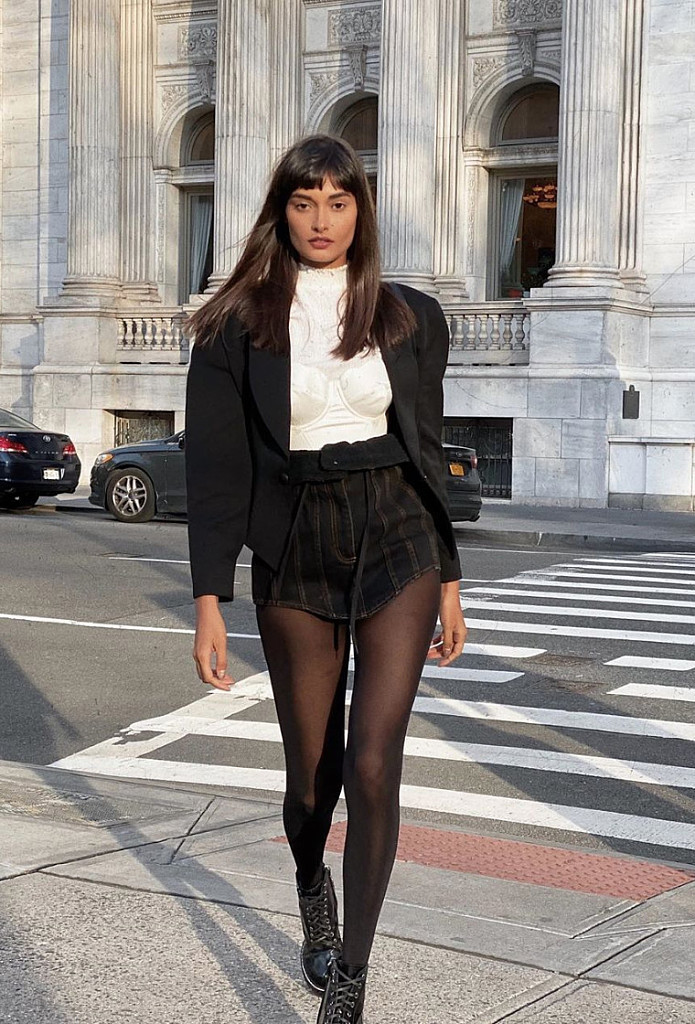 The Brazilian bombshell stunned in her itty-bitty white swimwear that accentuated her deep all-over tan. The piece boasted a plunging neckline as well as a set of textured, triangle-shaped cups that were barely enough to contain her voluptuous assets. 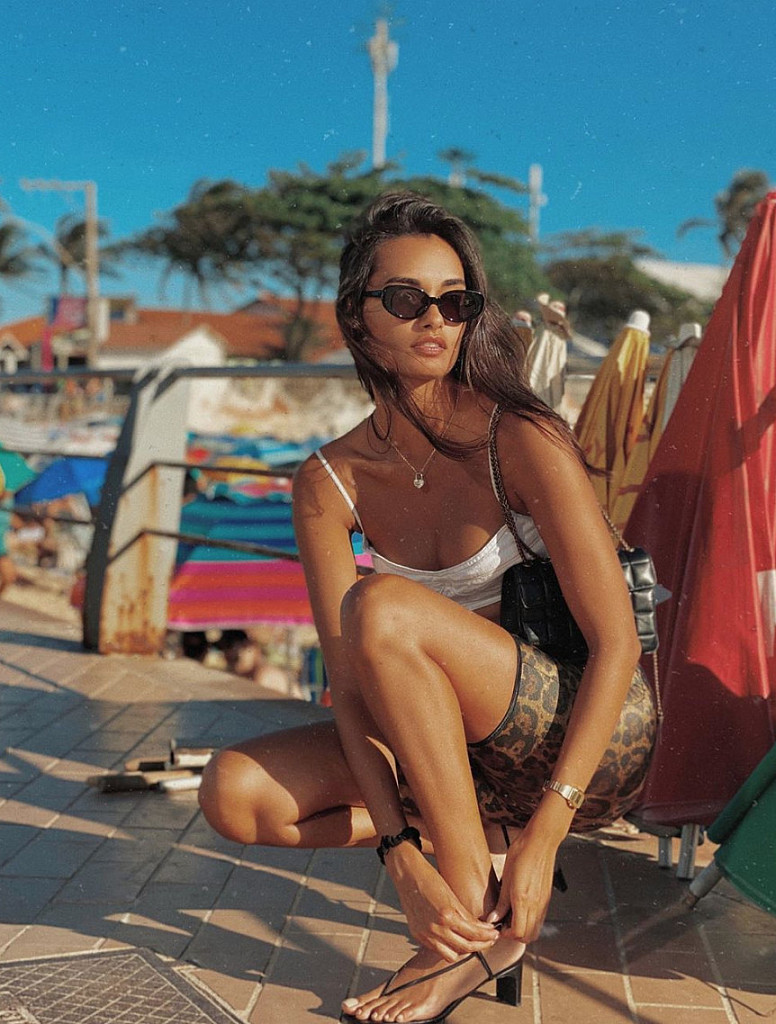 Gizele also rocked a pair of matching white bikini bottoms that were equally as risque. The number covered up only what was necessary and featured a daringly high-cut design that highlighted the stunner’s long, lean legs and killer curves. Meanwhile, its waistband was knotted high up on her hips, drawing attention to her flat midsection and abs.

The brunette beauty kept her beach day look simple and accessorized with a delicate pair of silver earrings that added just the right amount of bling. Her dark tresses were worn down and blew messily in the ocean breeze around her face.

As for her glam, Gizele opted for a simple makeup look that included a light dusting of blush, shimmering highlighter, and a thick coat of mascara that made her striking features pop.