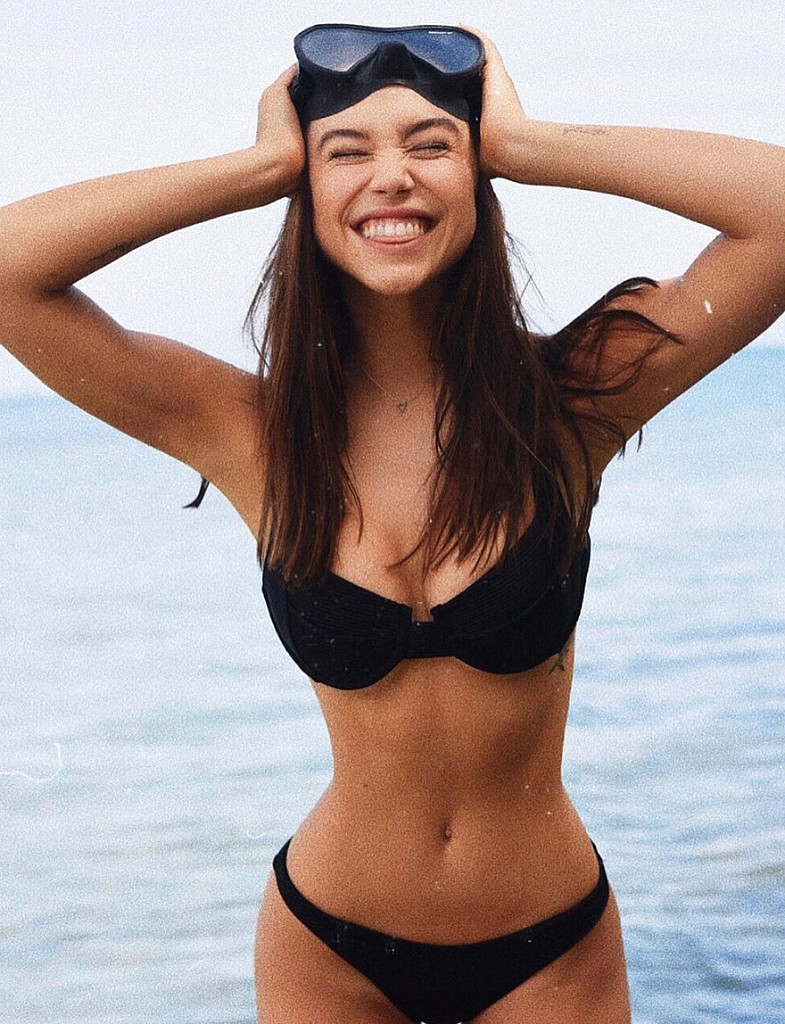 Alexis Ren is a internet celebrity and model born in Santa Monica, California. She grew up in the city and was homeschooled. At age 13, Ren was discovered by the brand Brandy Melville. She went viral on the internet at age 15 after a photo of her wearing a black string bikini garnered her attention.

Since then, she has gone on to model for multiple brands. Ren appeared in a series of advertisements for the game “Final Fantasy XV: A New Empire.” She launched her own athletic wear line called Ren Active. 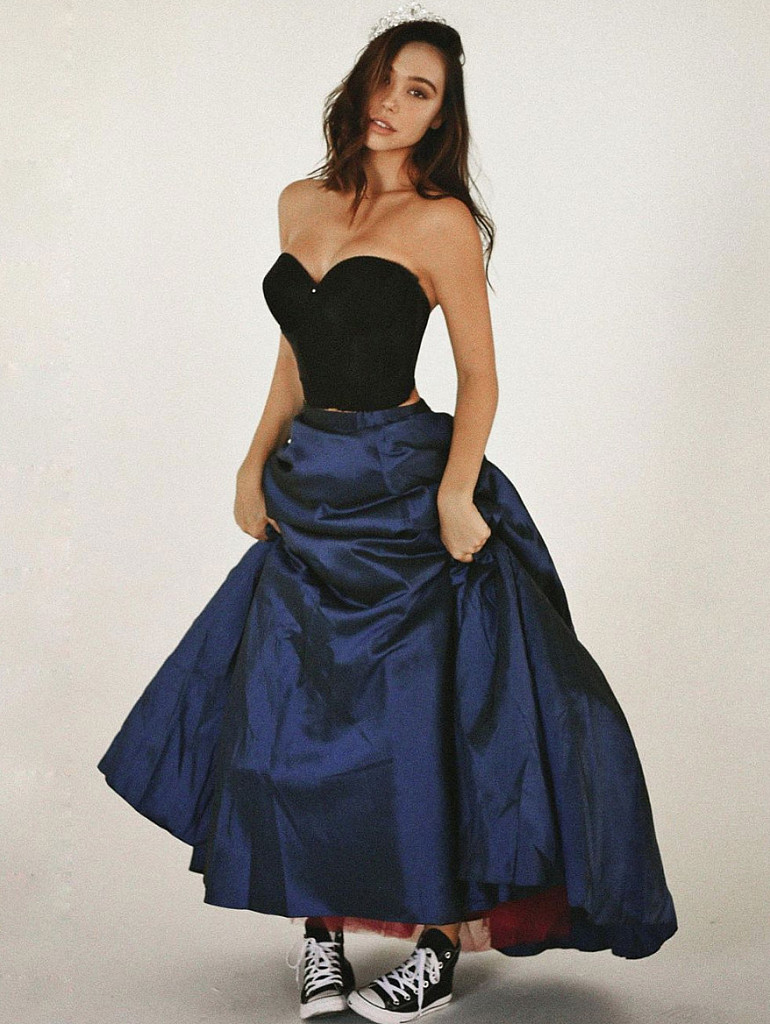 In 2018, she was named Rookie of the Year by Sports Illustrated. 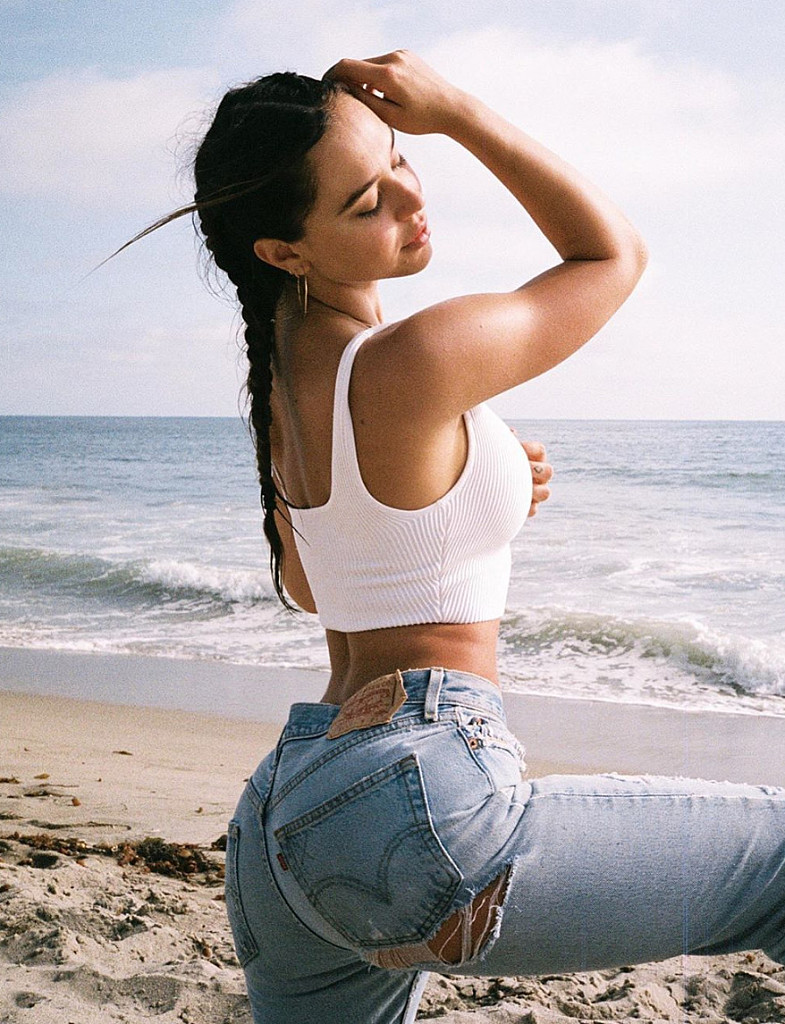 She also competed in the 27th season of “Dancing With The Stars” alongside professional partner Alan Bersten. Ren made it all the way to the semi-finals and finished in fourth place.

Ren has been on the cover of Maxim as well as on Maxim’s list of Sexiest Women in the World in 2019. 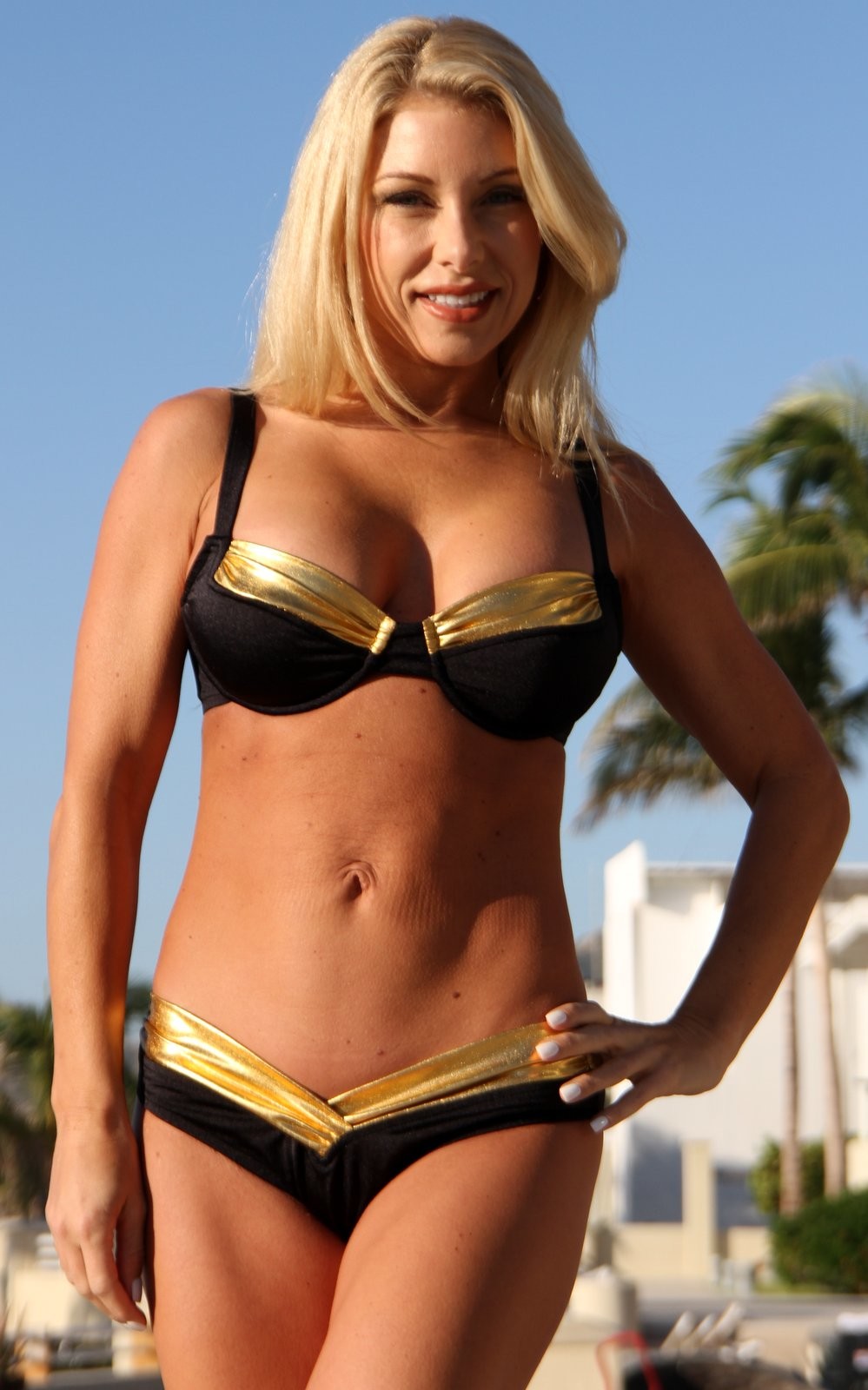 Our Calypso Goddess Bikini in shimmering black tricot with Gold Metallic accents will look so slimming and soooo vogue! The top is our full coverage Calypso Underwire Top, adjusting at back, and low cut V contouring bottoms in front and back to shape your rear. This UjENA original design has been a customer favorite for years! Made For You in Our UjENA Factories....