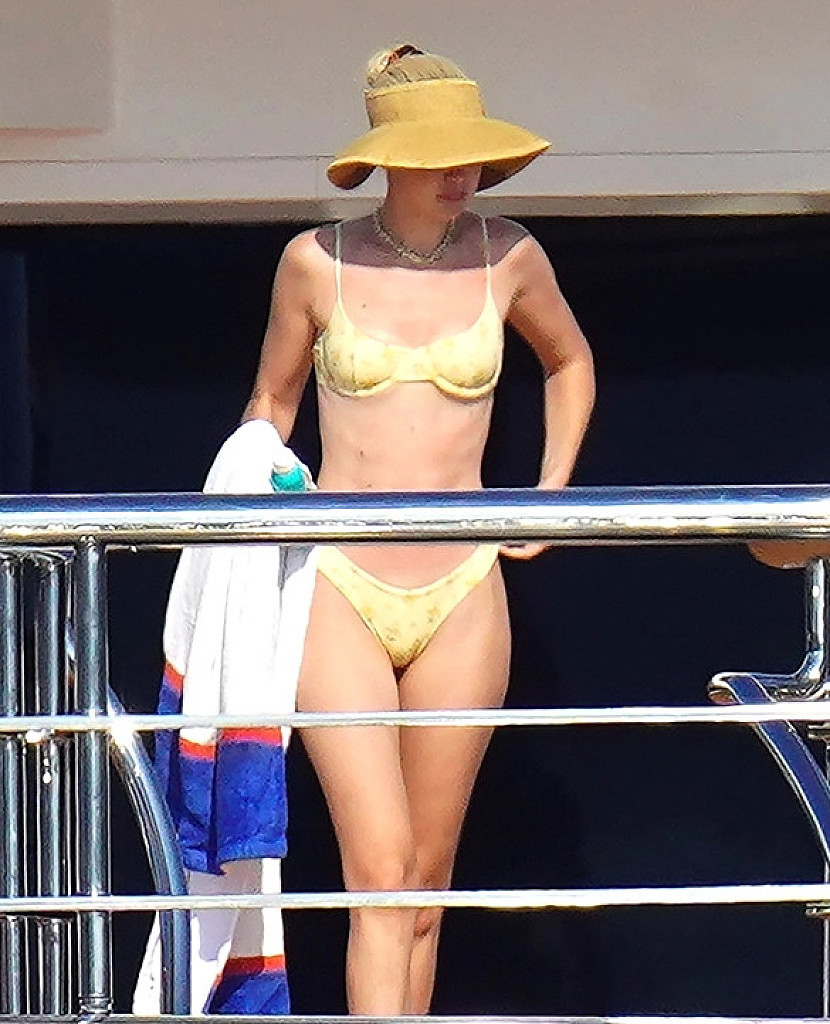 Gigi Hadid, 27, showed off sexy swimwear on an incredible super yacht owned by David Beckham and his wife Victoria. The gorgeous model wore a two-piece yellow bikini that showcased her fabulous body. Gigi’s cute little booty was also on display in the photos taken in Saint Tropez, France.

Gigi put her blonde hair up in a bun for the boat trip. She covered the top of her face and her head with a stylish yellow straw hat. Gigi wore a gold necklace and carried a white towel with red and blue stripes as she prepared to soak up the sun on the yacht. 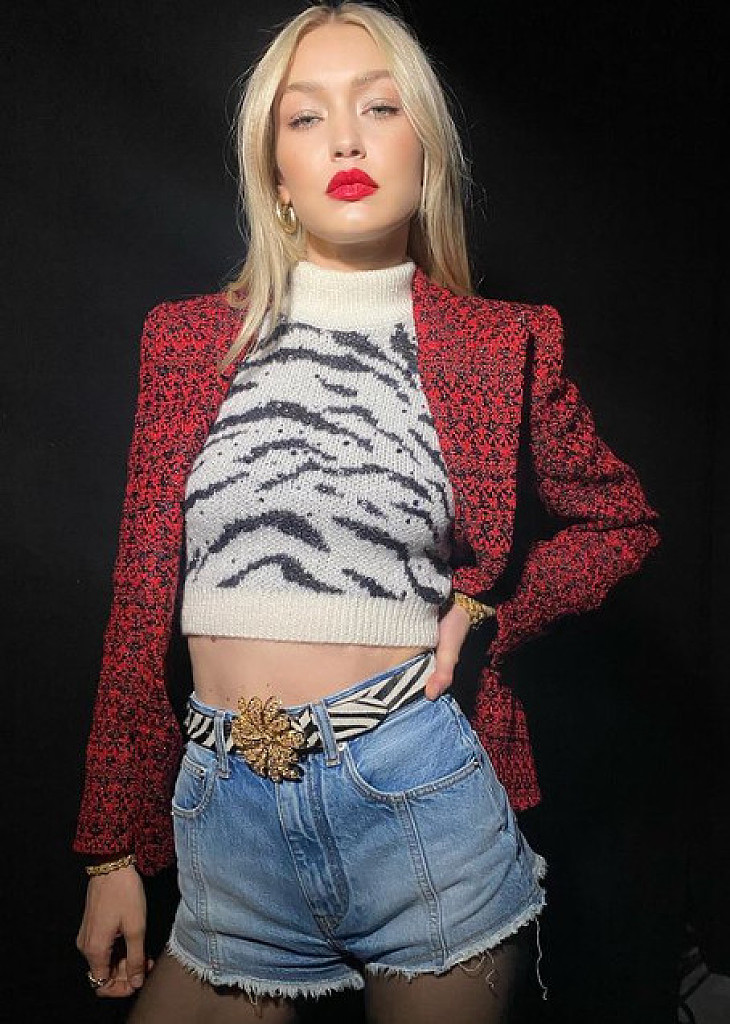 Gigi’s connection to the Beckhams is through Brooklyn Beckham‘s wife, Nicola Peltz. Gigi has been friends with Nicola, 27, for years and attended the couple’s luxurious wedding in Miami, Florida on April 9. Tom Brady was also at the wedding, as were Brooklyn’s famous parents and his siblings Romeo, 23, Cruz, 17, and Harper, 11. 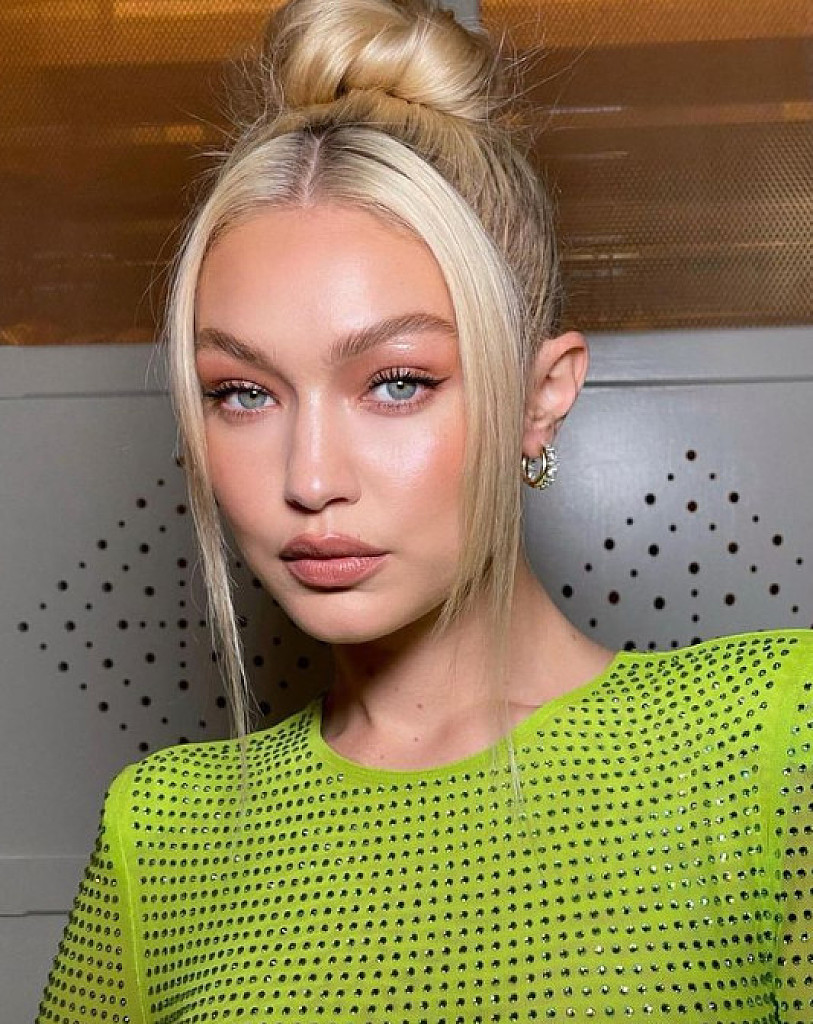 When she’s not vacationing with her famous friends, Gigi is usually at home spending time with her adorable one-year-old daughter Khai. Gigi shares her baby girl with her ex Zayn Malik, 29. They’ve been very private about baby Khai since they welcomed her into the world in September 2020 and still haven’t publicly shared a photo of her face.

Gigi is also off being one of the most famous models in the world alongside her older sister Bella, 25. She was a staple during various Fashion Weeks earlier this year. Gigi hit the runway in Paris, Milan, and more, and slew as she modeled for multiple different designers. 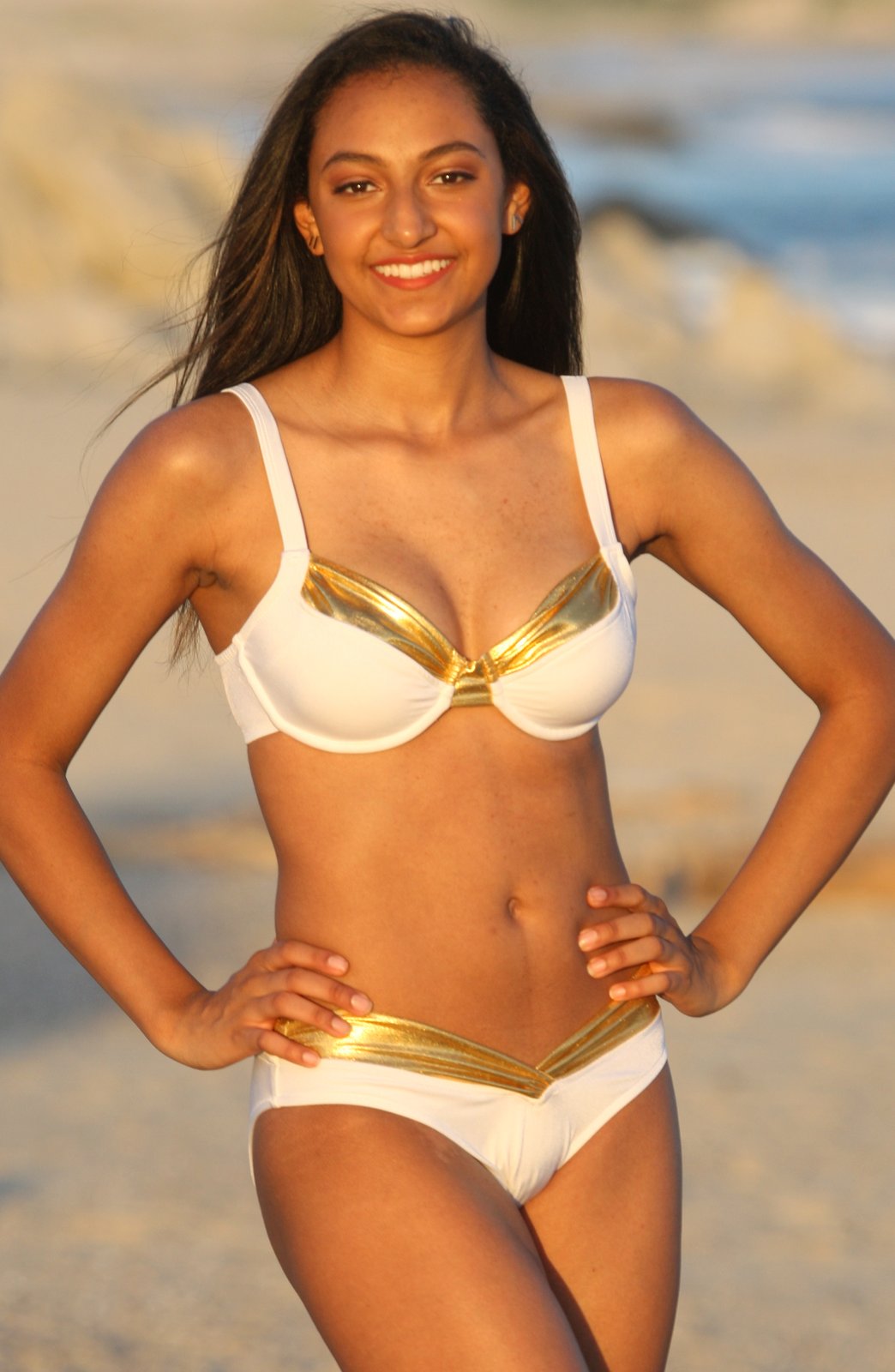