Denise revealed that Katie is a finalist in the 2021 Sports Illustrated Swim Search competition, which means that she could appear in the pages of the magazine's star-making swimsuit issue.

Denise Austin is a fitness instructor and former gymnast who rose to fame in the late '80s. She appeared in a large number of aerobics videos, as well as the long-running fitness series Getting Fit, Denise Austin's Daily Workout, and Fit & Lite . She continues to share exercise and diet advice and her daughter has followed in her footsteps. However, Katie is helping people get healthy in a more modern way by making a name for herself as a fitness promoter. 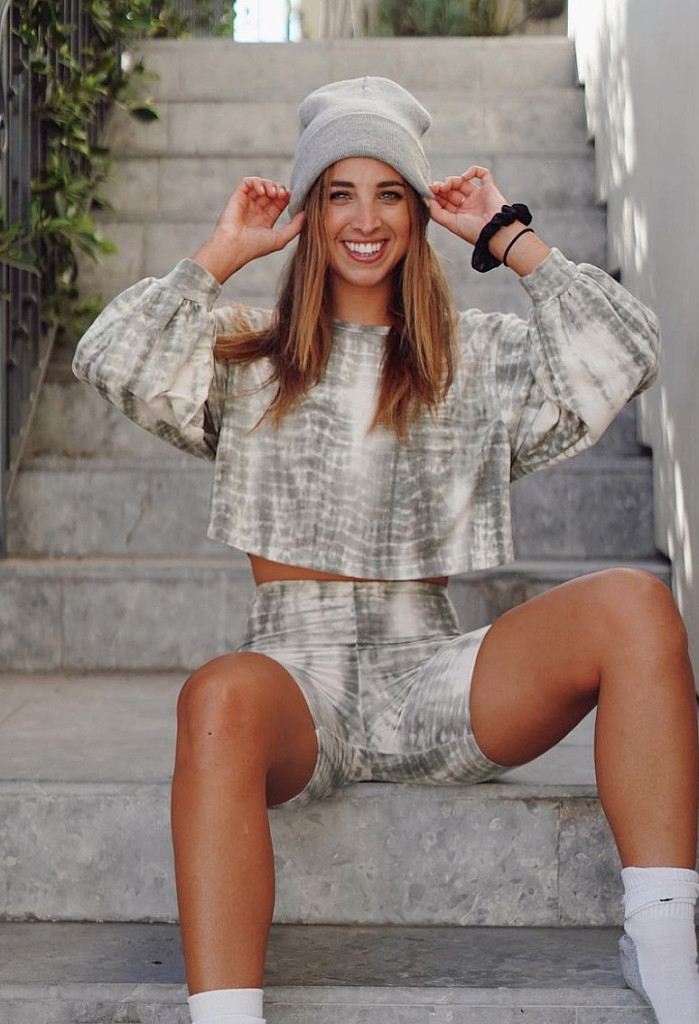 Denise shared side-by-side photos of herself and her daughter rocking the same white leotard with a zipper front and high-cut legs, which are currently very on-trend. The health guru revealed that the garment was 20 years old. 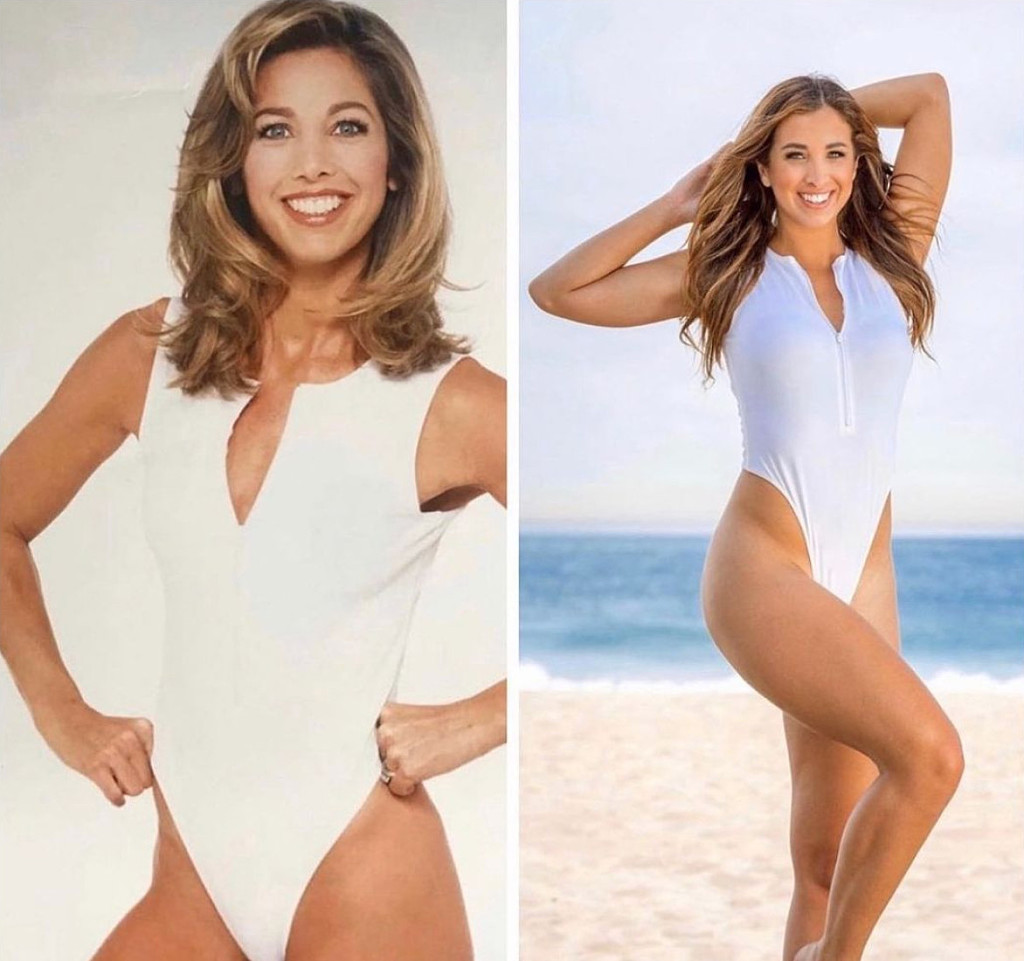 In her Sports Illustrated Swim Search profile, Katie revealed that 2019 cover model Camille Kostek inspired her to audition for the competition for the second time. She also said that one of her favorite recent SI Swim covers was from the same year as Camille's first. Soccer star Alex Morgan appeared on her own separate cover, and Katie found it encouraging and inspiring to see a female athlete celebrated in such a way.

Katie stated that she isn't changing her fitness routine or eating habits ahead of her photoshoot. Instead, she has decided to focus more on mentally preparing for the shoot by practicing "self-love and self-care."

"I want to focus on staying positive and confident," she said.

While talking about what her Swim Search experience has been like so far, Katie revealed that she has become close with her fellow finalists. She described the group as supportive of one another, and she said that it feels like she has gained "a whole new group of friends." 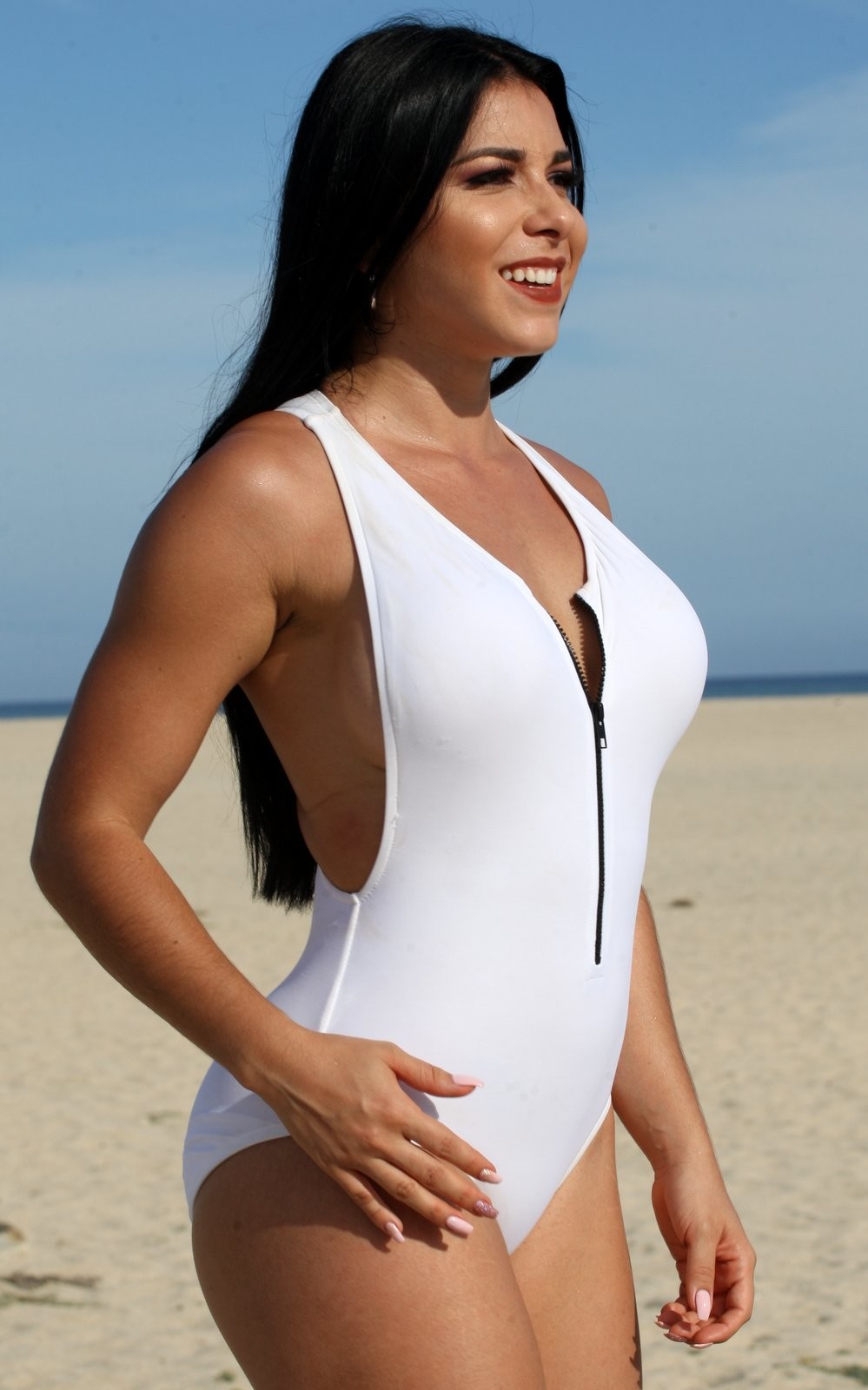 T Back Wet Suit The T Back Wetsuit one piece is an original by UjENA. It has all the style of a sport 1-PC with extra high style to show your body! The functional black zipper adjusts to cover as much as you want at the bust. The low cut T-Back and high cut leg will move with your every action, if it be...