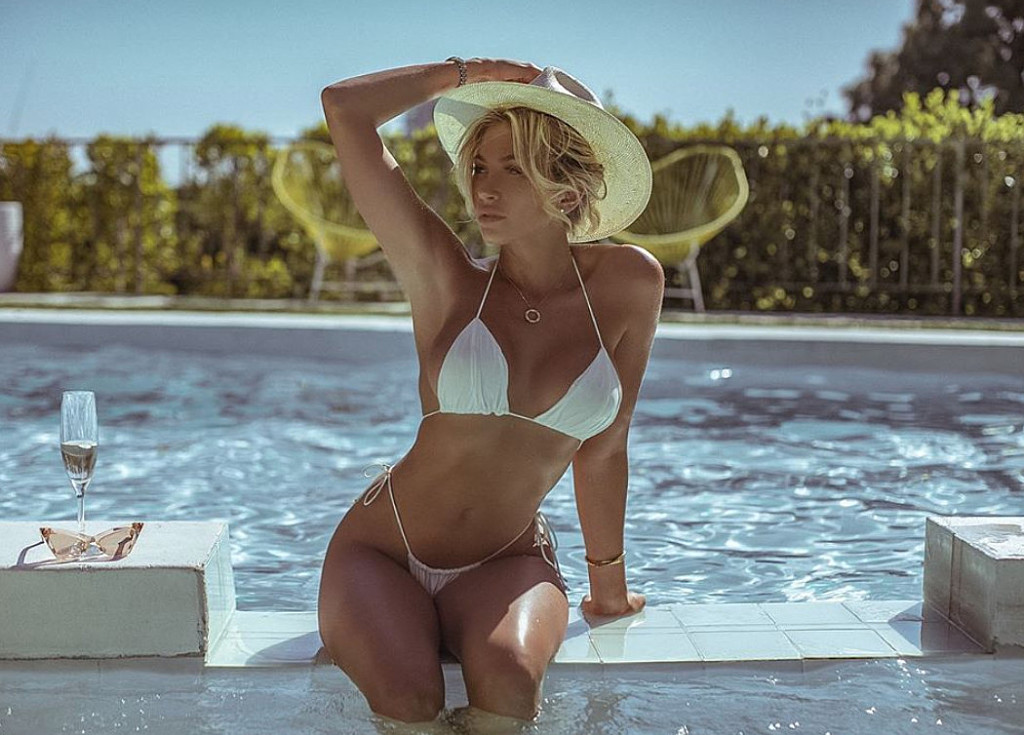 The model shared a massive collection of photos that showed her posing in a pool and a hot tub as she sported a white bikini and drank a glass of champagne. The photos featured film-like filters that were perfect for the shoot’s West Hollywood, California setting.

The photos showed Khloe relaxing in a large in-ground pool connected to a hot tub. A large couch could be seen in the background, as well as a cluster of trees. In some photos, the model leaned against the pool’s edge, while other images showed her resting on the divider between the pool and hot tub. It looked to be a perfectly clear pool day as the rays washed over Khloe and emphasized her toned body. 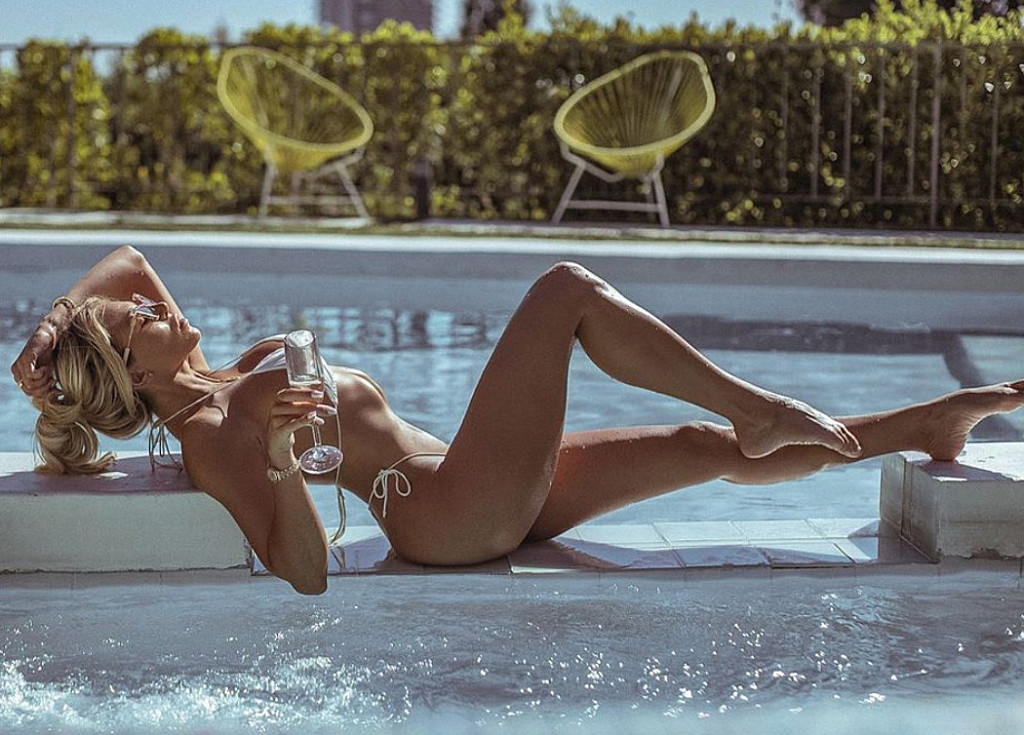 Khloe’s look included a string top with only two square panels covering her breasts. The plunging neckline did little to contain the model’s ample cleavage, which spilled out at the center. In addition, Khloe’s sideboob was on show. 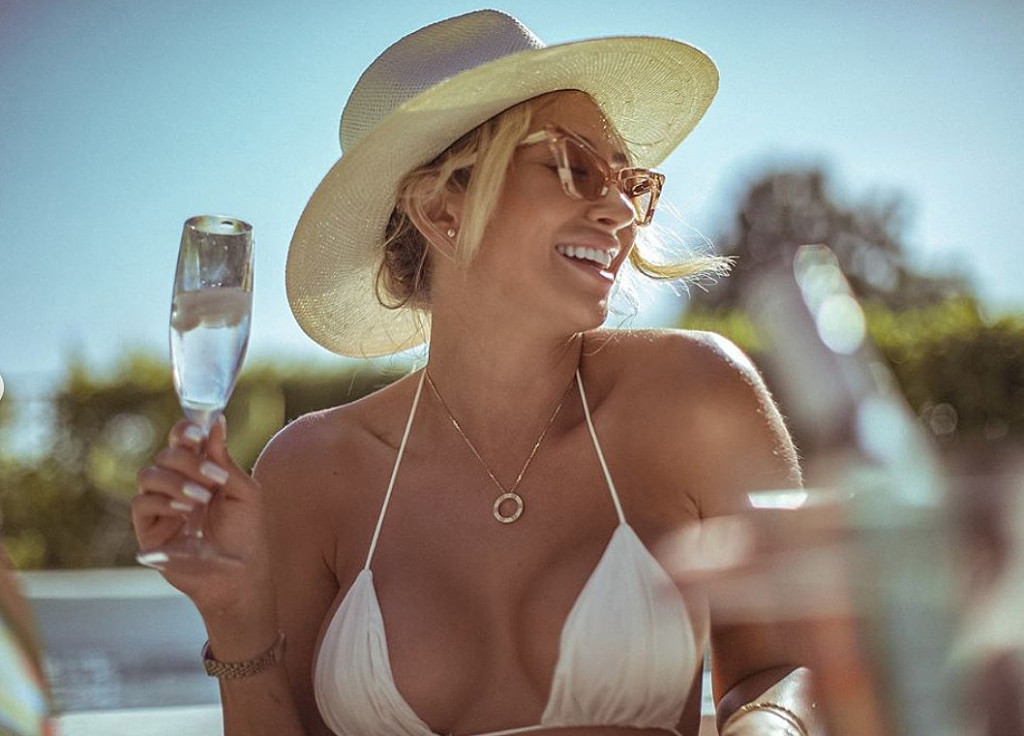 Khloe’s flat, toned tummy was fully exposed between the top and a matching U-shaped thong. The front of the bikini remained low on her waist to show off her abs, while the sides came up above her hips and emphasized her curvy waist. Khloe’s long, lean legs and pert derriere were perfectly framed in the bikini bottom.

Khloe accessorized her outfit with a gold necklace, stud earrings, sunglasses and a white cowboy hat. She appeared to be wearing little to no makeup, though the model hardly needed any coverage for her natural beauty. Khloe’s long, blond hair was pulled into a messy updo with a few strands left out to frame her face.