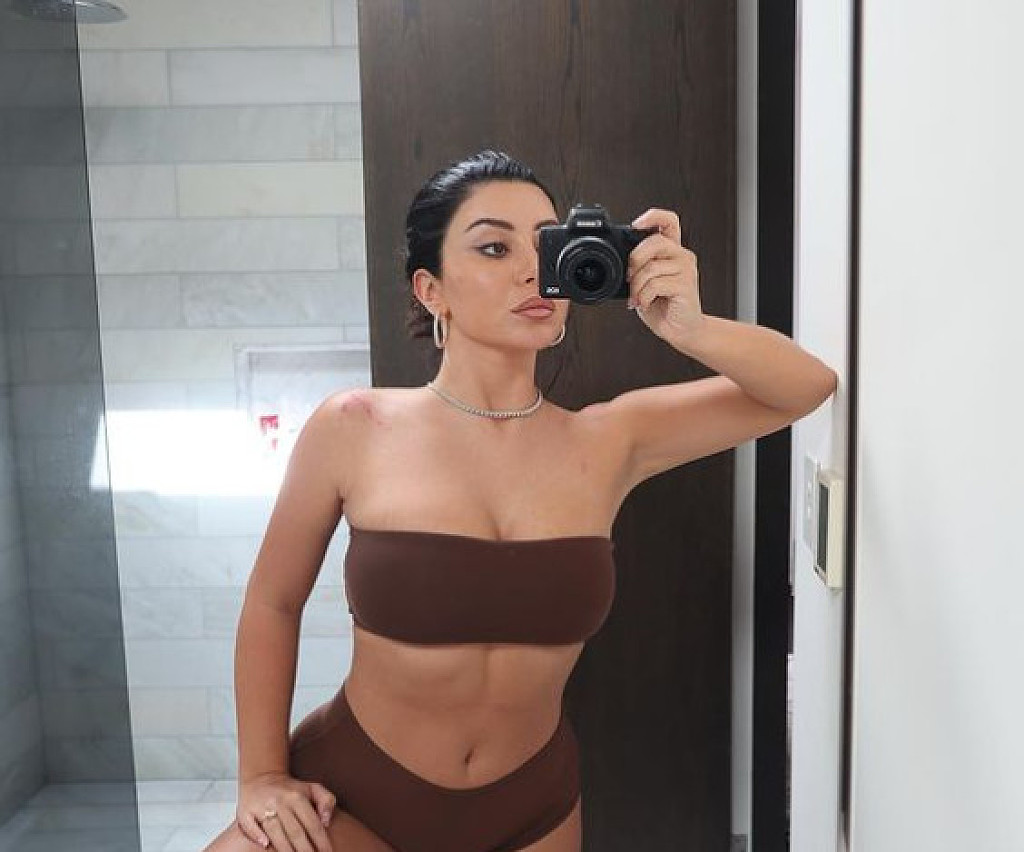 Martha Kalifatidis has shared some holiday snaps from the romantic sojourn.

The Married At First Sight star stripped down to a bikini to relax by the pool at the couple's lavish hotel. 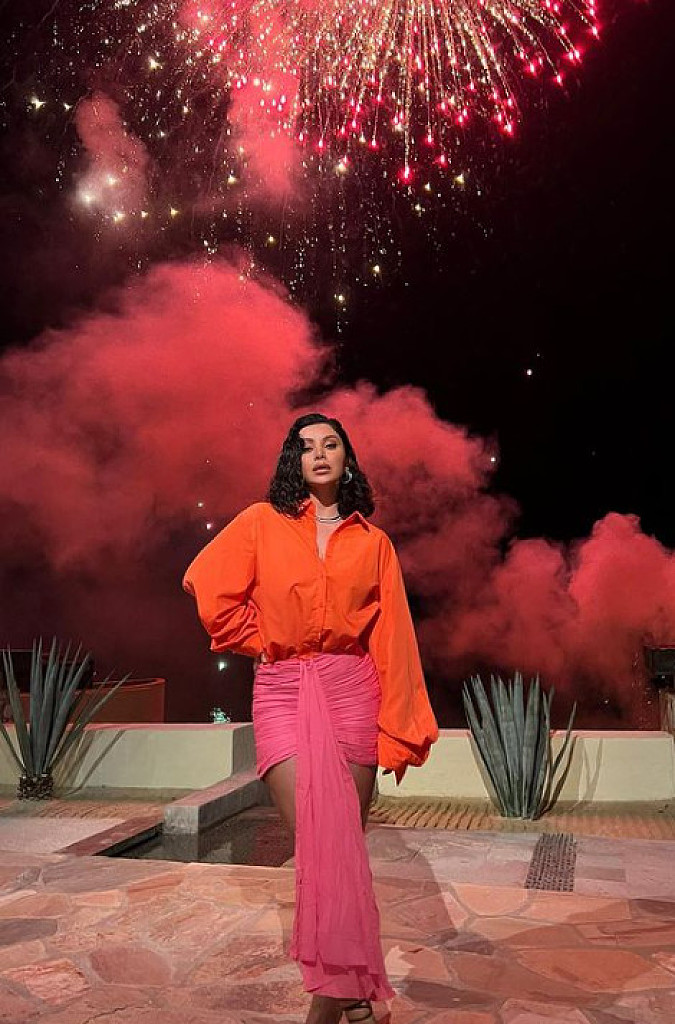 After revealing Michael asked her to pack her favorite pink swimsuit for the short trip, Martha flaunted her curves in a strapless chocolate two-piece featuring high-waisted bottoms. 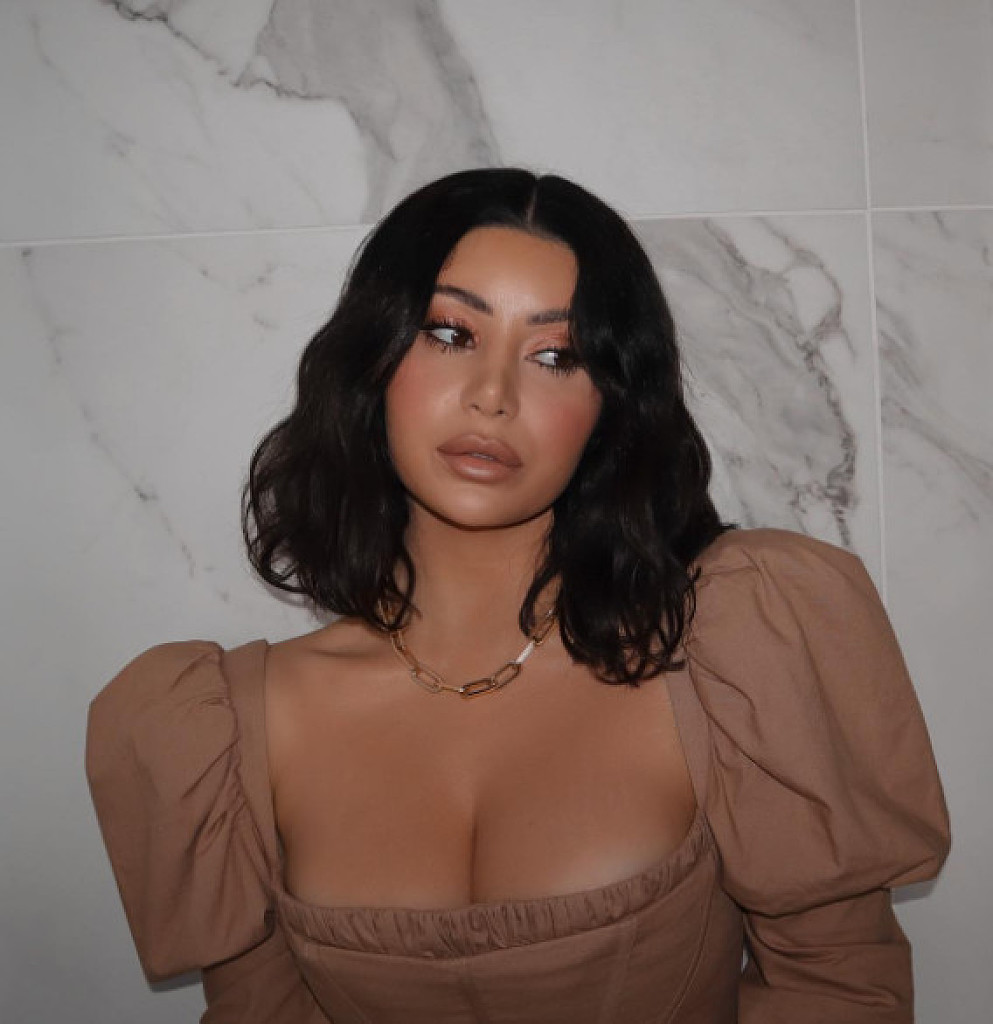 She accessorized with her diamond choker necklace and went makeup-free for the sunbaking session.

Last week Martha revealed that she and Michael once discussed the idea of an open relationship.

She explained they spoke about it after radio host Abbie Chatfield announced she was in an open relationship with her boyfriend Konrad Bień-Stephen.

Martha said Michael once asked for her thoughts on the subject, but they decided the polyamorous lifestyle just wasn't for them.

'Michael and I spoke about this, not because we were wanting to explore it, but you know Abbie is in an open relationship. We follow Abbie and love Abbie. She announced it,' Martha said. 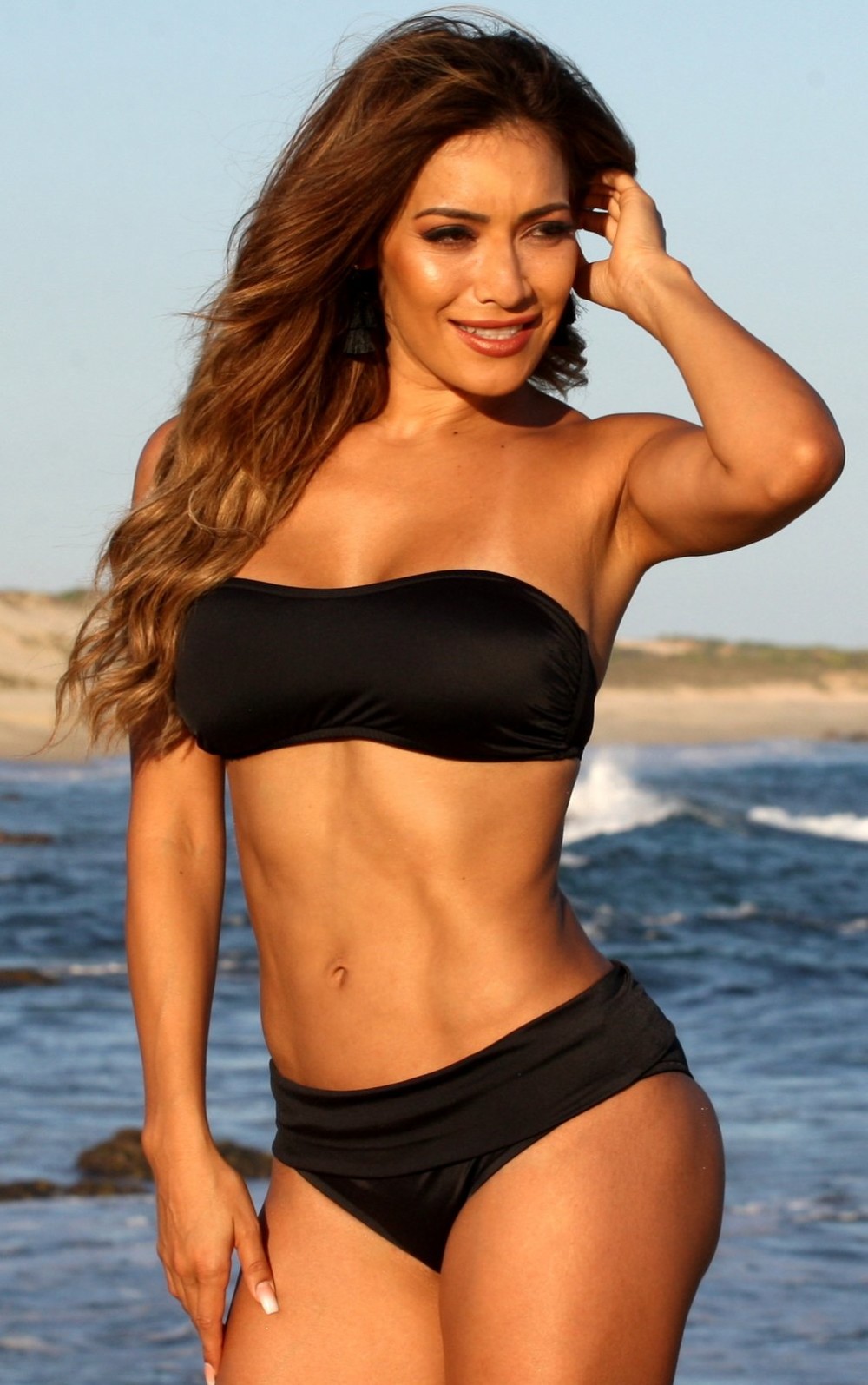