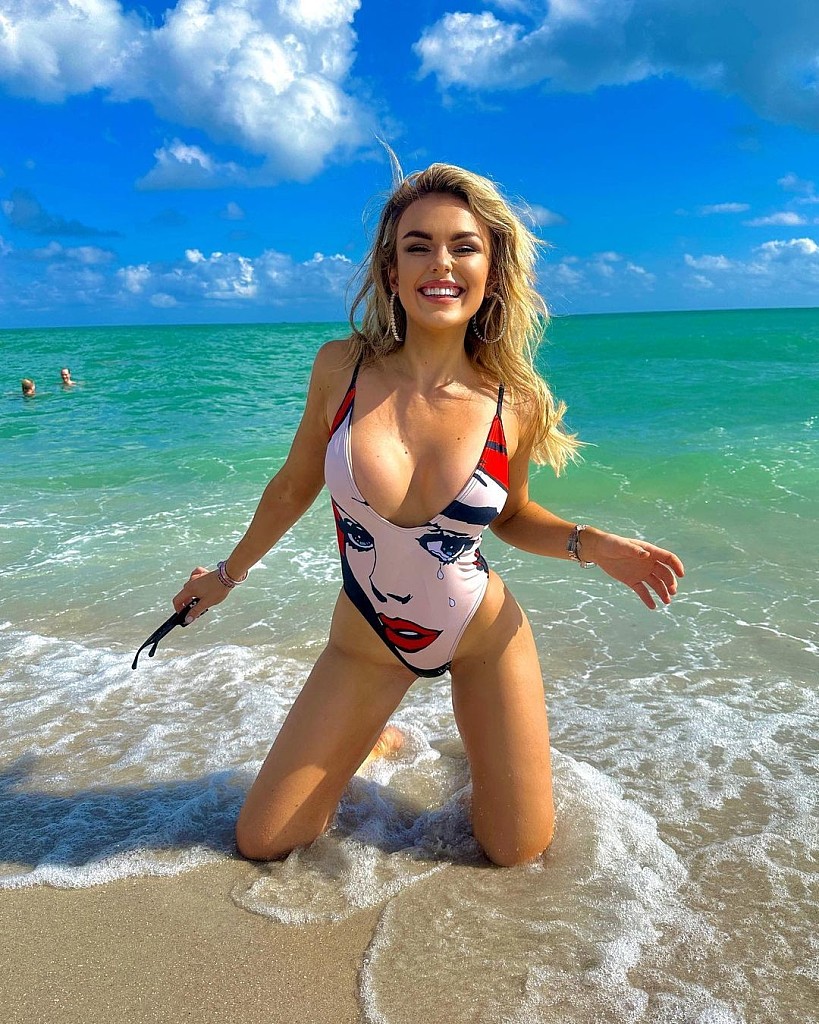 Tallia Storm started her long singing career when she was just a teenager. And she's still going strong. Storm just shared some stunning new photos on Instagram. In them, she enjoyed a beach day in beautiful Miami. She wore a multicolor striped bathing suit with a ruffle, showing off her body. Storm captioned it, "Enjoy the art."

Storm opened up about her career to Clash Music. She says that she took a lot of lessons from the pandemic. Storm says that she has shifted how she approaches life. "When it first started, I was very grateful for that minute of peace like everyone was, but when it hit that one year mark it was like 'Wow, this is really our life now!' I had felt a shift, I have definitely grown up throughout this time and I have been looking at life so differently. I'm 22 now, no matter what area of life it is, I'm thinking 'Just do it!' or 'Say yes!' – that's my new mantra now, no matter what it is do it! Whereas before I might have questioned it, but if I feel it in my gut then I know it's the right thing to do." 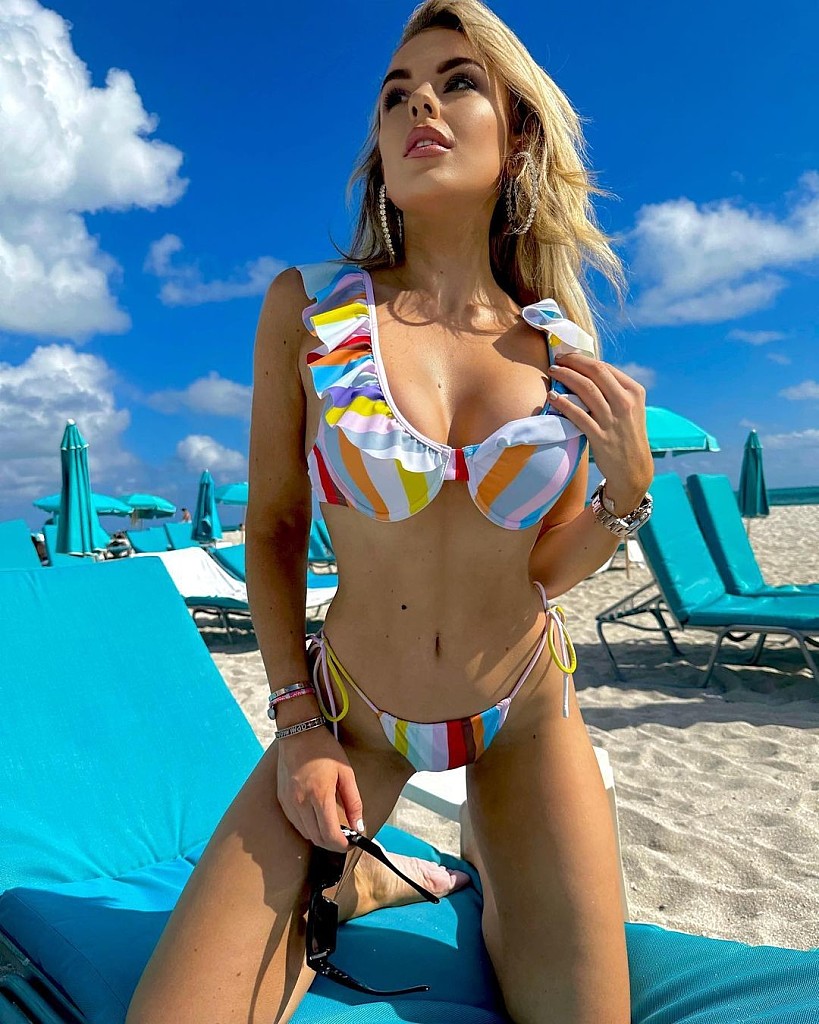 When Storm was 13, she was discovered and mentored by Elton John. She tells Clash Music that this experience has given her a lot of motivation and to work hard. "I was so young and saw the world with such big eyes, and because of this one event it changed my perspective on everything. I have not stopped since then. I am very ambitious, and I keep fighting for my 'breakthrough' and if I hadn't of had that experience my journey would have been very different. Whereas, because I saw how hard Elton was working, even when we were at the concert and he took us backstage, and he met my whole family; when you see it through the lens of someone that incredible, you just want to do them proud!"

In her Clash Music interview, Storm talked about feminism and International Women's Day. "I see everyone talking now, especially because it's just been International Women's Day about 'Don't let them dim your sparkle,' and Beyoncé has never let anyone do that! When I first started and I had my big outfits and big hair, people would always say 'that's too much', 'you're too ambitious,' or 'you're too involved in the process' – I'm too nothing! We didn't say that when Ed Sheeran was on stage doing his thing! I think we are entering that time now; more people are letting the girls fulfil their role, but it has taken time to do that." 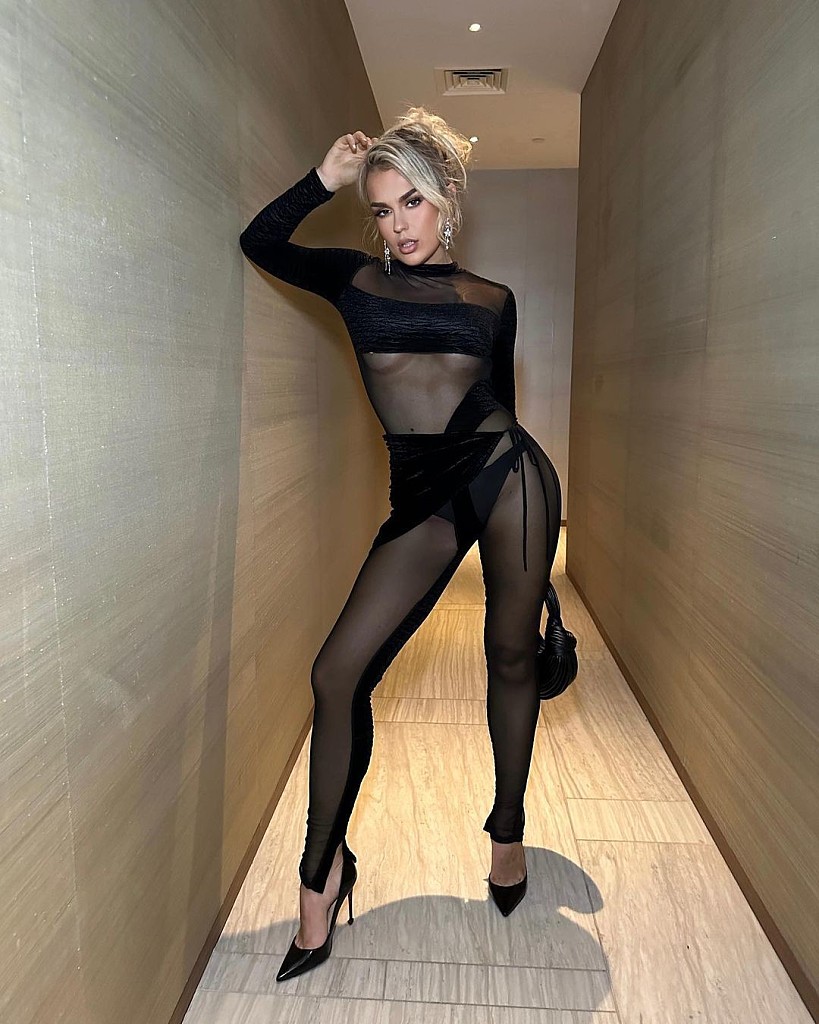 In her Clash Music interview, Storm opened up about how she handles criticism. She says that she ignores most of the haters. "Don't look backwards and only look forwards! Everyone is going to have something to say, they're going to gossip and laugh – the reality is, it will always come down to jealousy, because they don't like the fact that you have the confidence to do what they wish they were doing. It's really hard and it's a long road, but the number one thing to do is to keep going – just do it!"

In an interview on the Secure the Insecure podcast, Storm opened up about her new relationship. She says that she feels less pressure to put on a public persona when she began dating her boyfriend. "I think for the first time, I really just stopped and was so content, like I was just genuinely happiest that'd ever been. Like there was no agenda. I didn't care about an Instagram photo or like, I didn't even care about looking on my phone when I was with him. It was just this stillness and this calmness of like, 'God, this is what life's all about.'" 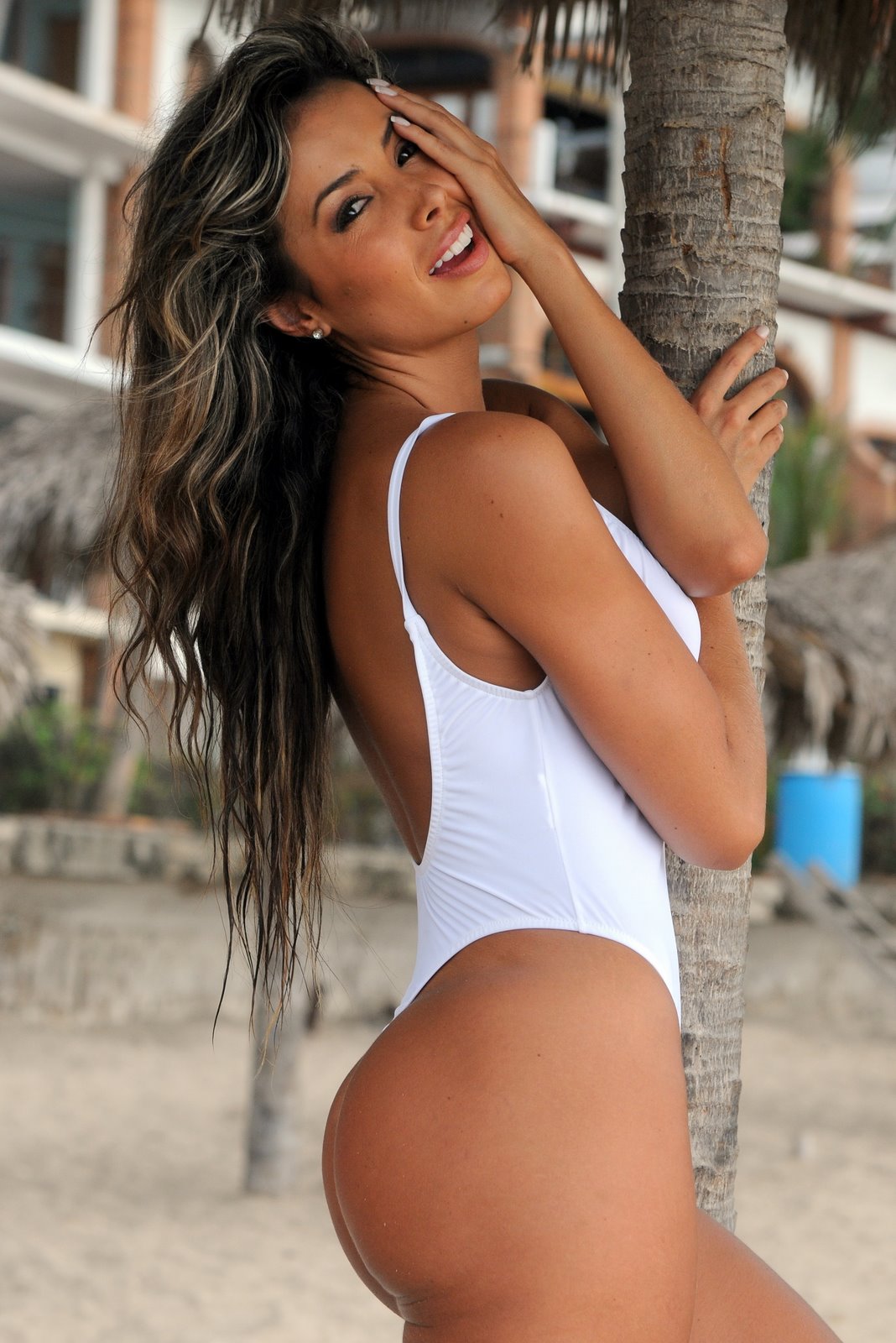 Let your fantasy become a reality in this daring Sheer When-Wet Tonga 1-PC. Sheer when wet, slightly sheer when dry. Scooped neckline Spaghetti straps Scoop back High cut legs Crotch lining only Tonga back Matte White Nylon/Lycra fabric Made For You in Our UjENA Factories....