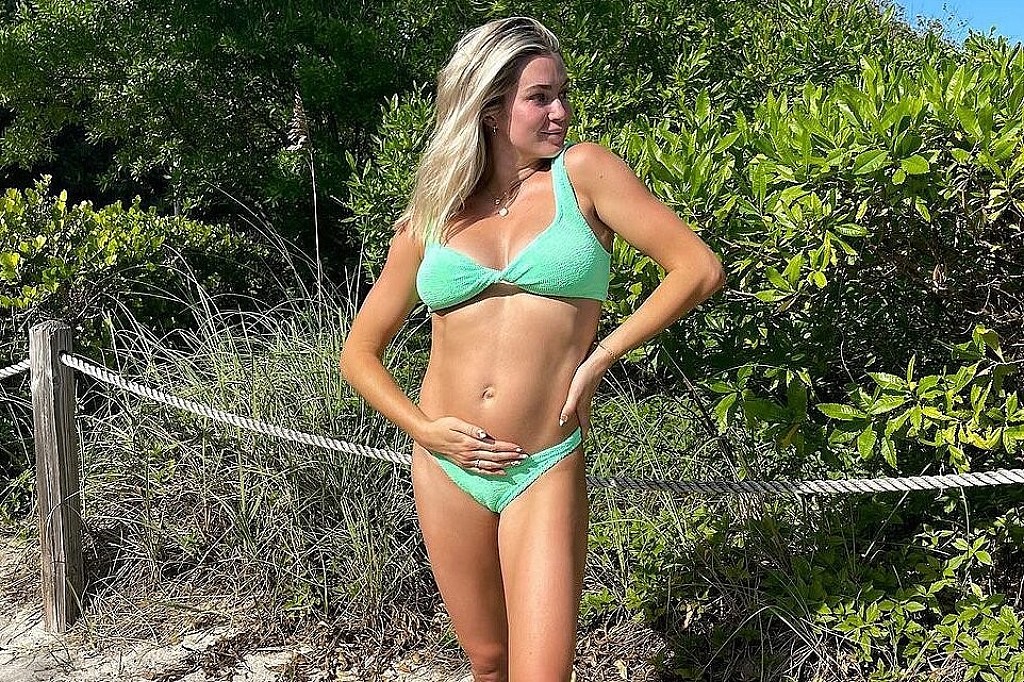 Former “Dancing With the Stars” professional dancer Lindsay Arnold is expecting her second child with husband Samuel Lightner Cusick. The two already have one daughter together, Sage Jill, who was born on Nov. 2, 2020.

Earlier this year, Arnold shared, “”Sam and I are thrilled to announce we’re pregnant with baby No. 2! “I can’t wait to take you along with me on my pregnancy journey and what this means for my new fitness platform, The Movement Club. 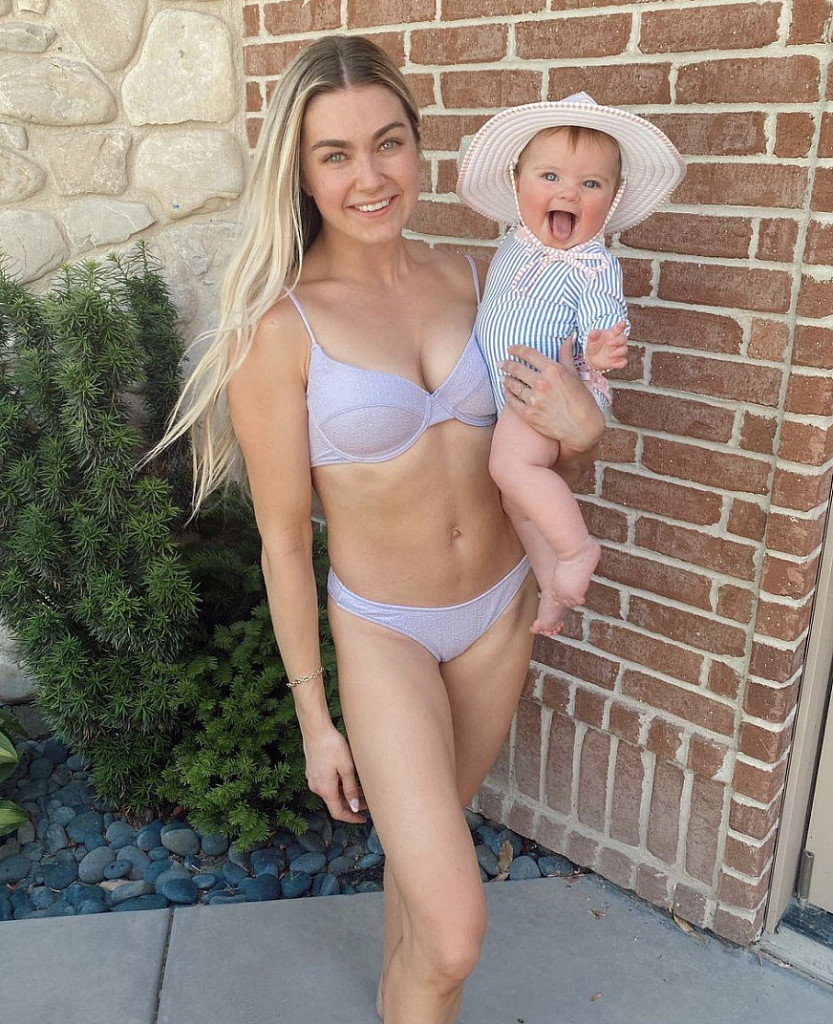 The news comes after the 28-year-old revealed she was having fertility struggles. “”When you get a positive pregnancy test and then you start your ? a few days later but your sweet daughter is there for you every step of the way …,” she wrote alongside a video back in August. 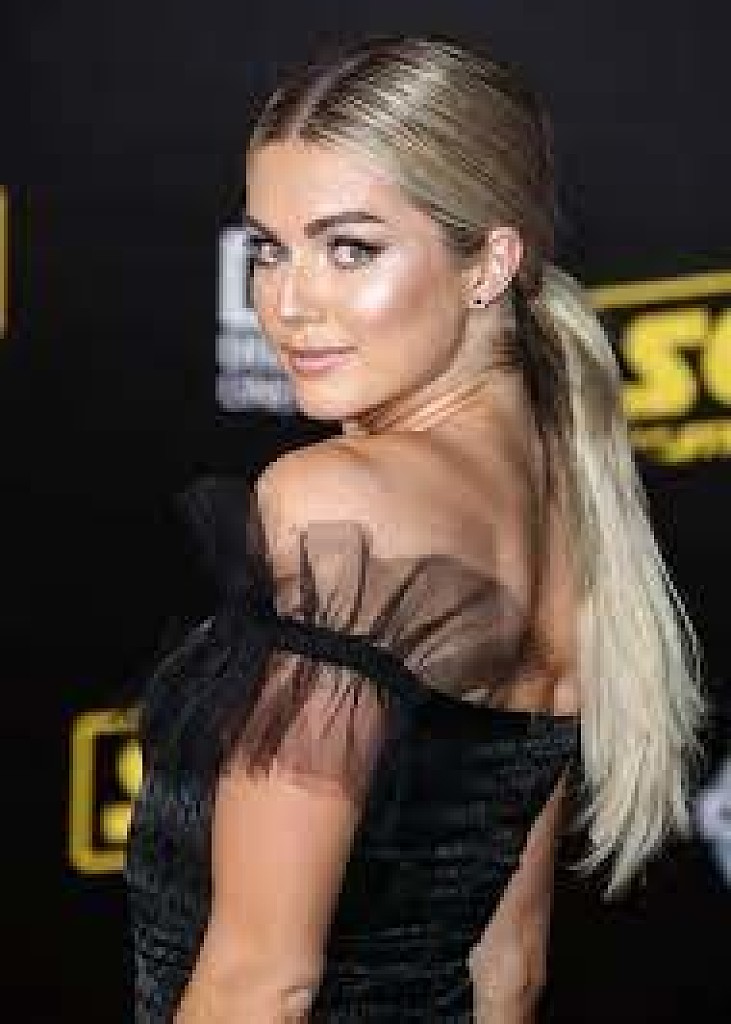 The former “Dancing With the Stars” pro can be seen standing on the sand in front of beautiful palm trees in a green bikini. Arnold is holding her baby bump while happily looking off down the beach.

Fans of the dancer were quick to comment, showing their love for Arnold. “Beautiful baby mumma ???,” one follower wrote as another chimed in, “you’re so beautiful Lindsay! I’m two days behind you. I’m currently 16 weeks 5 days with baby number 2!❤️”

Others are commenting on how small her baby bump is, but many of her fans are coming to the dancer’s defense. One of Arnold’s followers commented, “As someone who had a small baby bump, I know how it feels to have people saying “Are you even pregnant? Your belly is so small? I wish I was that small when I was pregnant”. Your belly is beautiful, and you are growing a life and that needs to be celebrated ?”

Another chimed in, “You show that tummy girl all you want, stupid trolls ? make stupid comments. You’re beautiful!”

Arnold did not just show off her baby bump while on the beach — she also flaunted it while doing yoga!

The 28-year-old wore an adorable brown matching workout set, including a crop top allowing her baby bump to hang out. “TMC MIAMI POP UP☀️ still on a high from this day! Planning our next one and want to know where you would like to see us come next?!,” Arnold wrote in the Instagram caption.

“In the meantime move with me anytime and anywhere you want by joining my workout program @themovementclub ? start your 7 day free trial today!,” she continued as she promoted her partnership with The Movement Club.

Once again, fans were quick to comment on her post, showing their love and support for the dancer. “Oh babe!! This is incredible! I WANT TO COME!!,” one user wrote as another chimed in, “?? I want to come to the next one!!!!!!!”

Others commented on which cities they want to see the next TMC pop-up come to. Miami, Tampa, Boston, and NYC were just a few of the many places fans suggested.

Lindsay Arnold Steps Away From ‘Dancing With the Stars’

Shortly before the most recent season of “Dancing With the Stars” began, the professional dancer announced she would be stepping away from the show.

“I wanted to let you all know that I have decided not to be a part of Dancing with the Stars this season,” she wrote alongside a photo of her, her husband and daughter Sage. “This has been one of the hardest decisions to make but ultimately I have chosen what I feel is best for myself and my family. DWTS has been a part of my life for over 10 years now and when I say I love the show with all of my heart I mean it!! This show has changed my life forever and will always mean the world to me.”

She continued to explain the reason behind the decision, writing, “As many of you know my family and I live in UT and in order to do DWTS I have to move myself and my daughter Sage out to LA and leave behind my husband Sam who works full time here in Utah. Logistically there is SO much involved with making this happen and there is a lot of sacrifice that has to be made that unfortunately just did not feel right for us this time around.”

Lindsay concluded by saying she can’t wait to watch this season of the realty competition show and thanked her fans for their love and support.