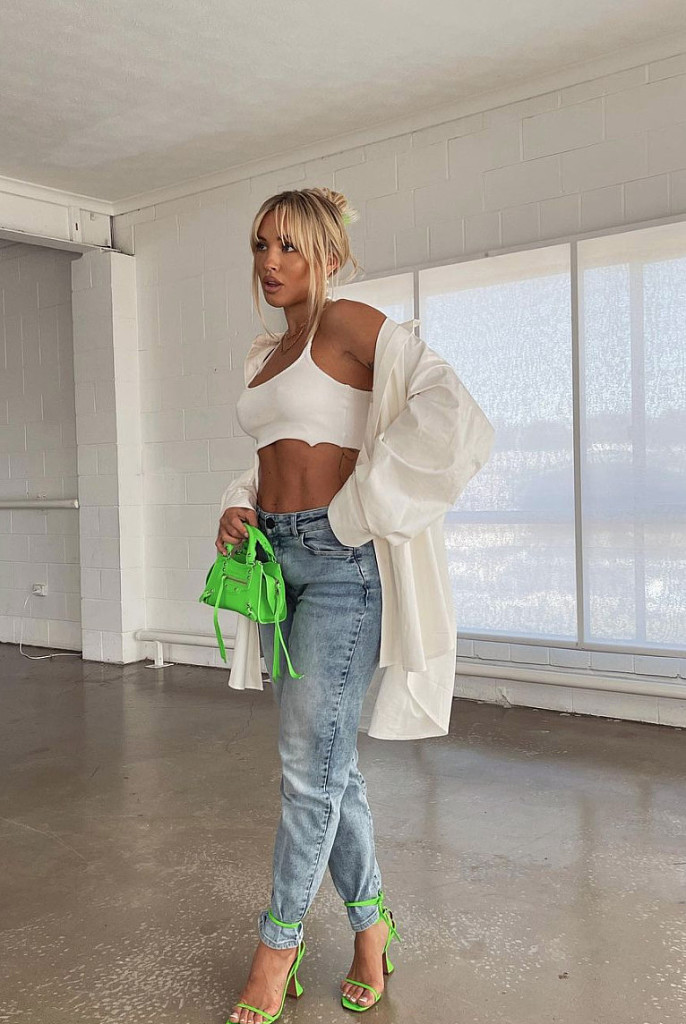 The 27-year-old shared photos of herself flaunting her gym-honed physique in an olive green string swimwear.

Her flimsy top struggled to contain her ample assets, while her famously pert derrière was outdone by her barely-there bottoms. 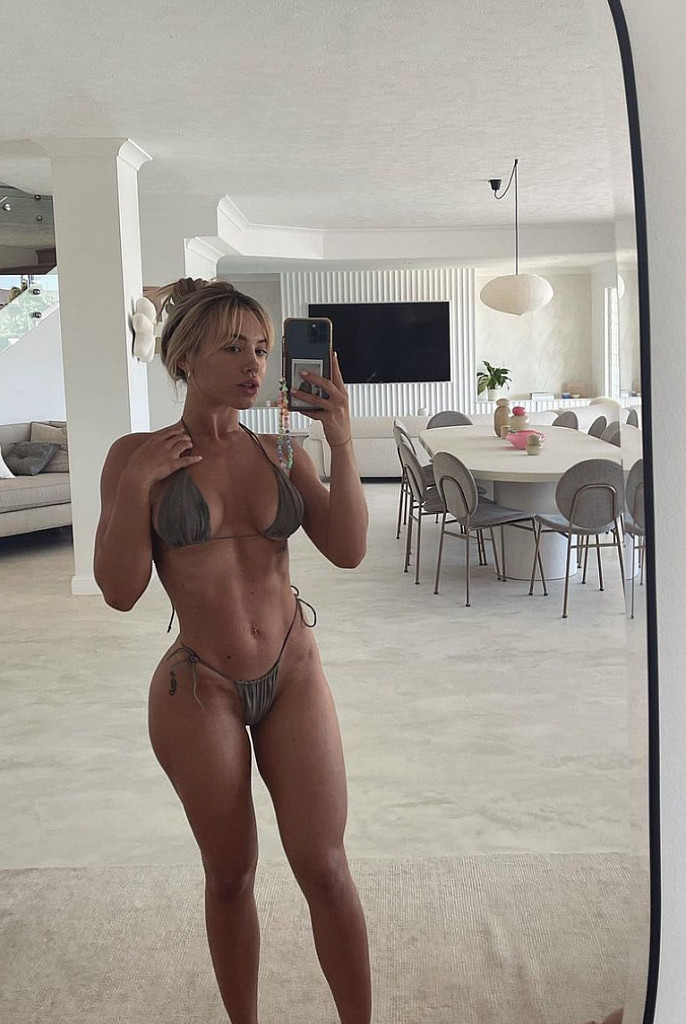 The blonde bombshell also shared a short video of herself showing off her peachy behind. 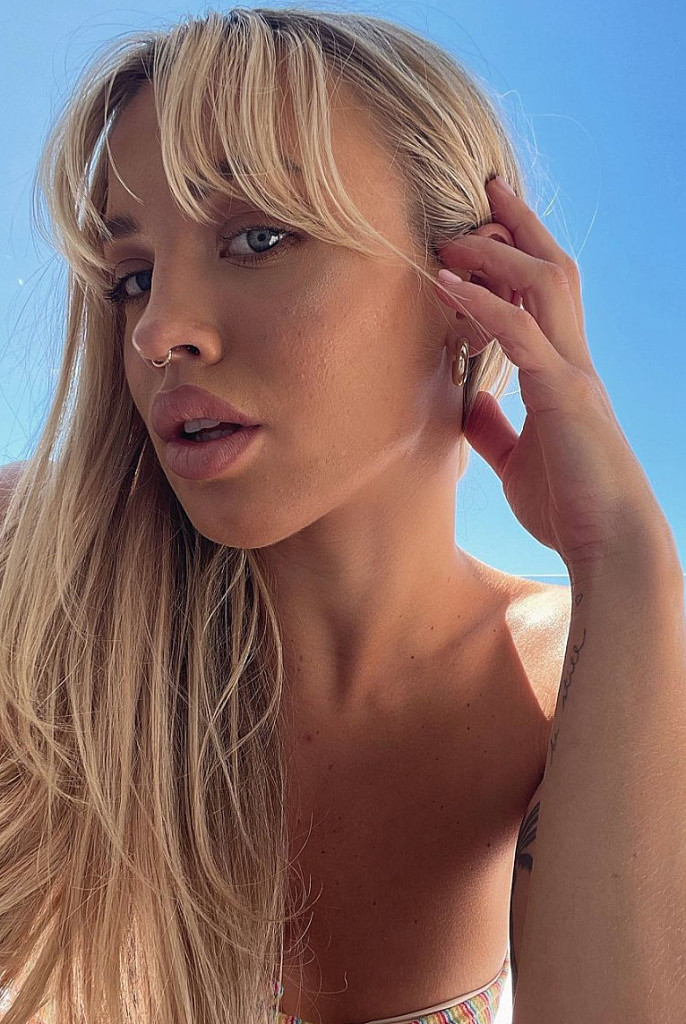 In the caption she spruiked her up coming booty challenge, which is part of her fitness program.

Tammy's racy bikini photos come after she shut down speculation that she was an anti-vaxxer by revealing she got the jab earlier this week.

Tammy Hembrow revealed she got the vaccine, it's assumed this was her second shot as she had earlier posted about receiving the vaccine in late August.

During that time, Tammy had also tried to dispel false rumours that she was an anti-vaxxer.

The sensation had hit back at a troll who claimed she's opposed to vaccination by revealing she was booked in for her Covid jab at the time. 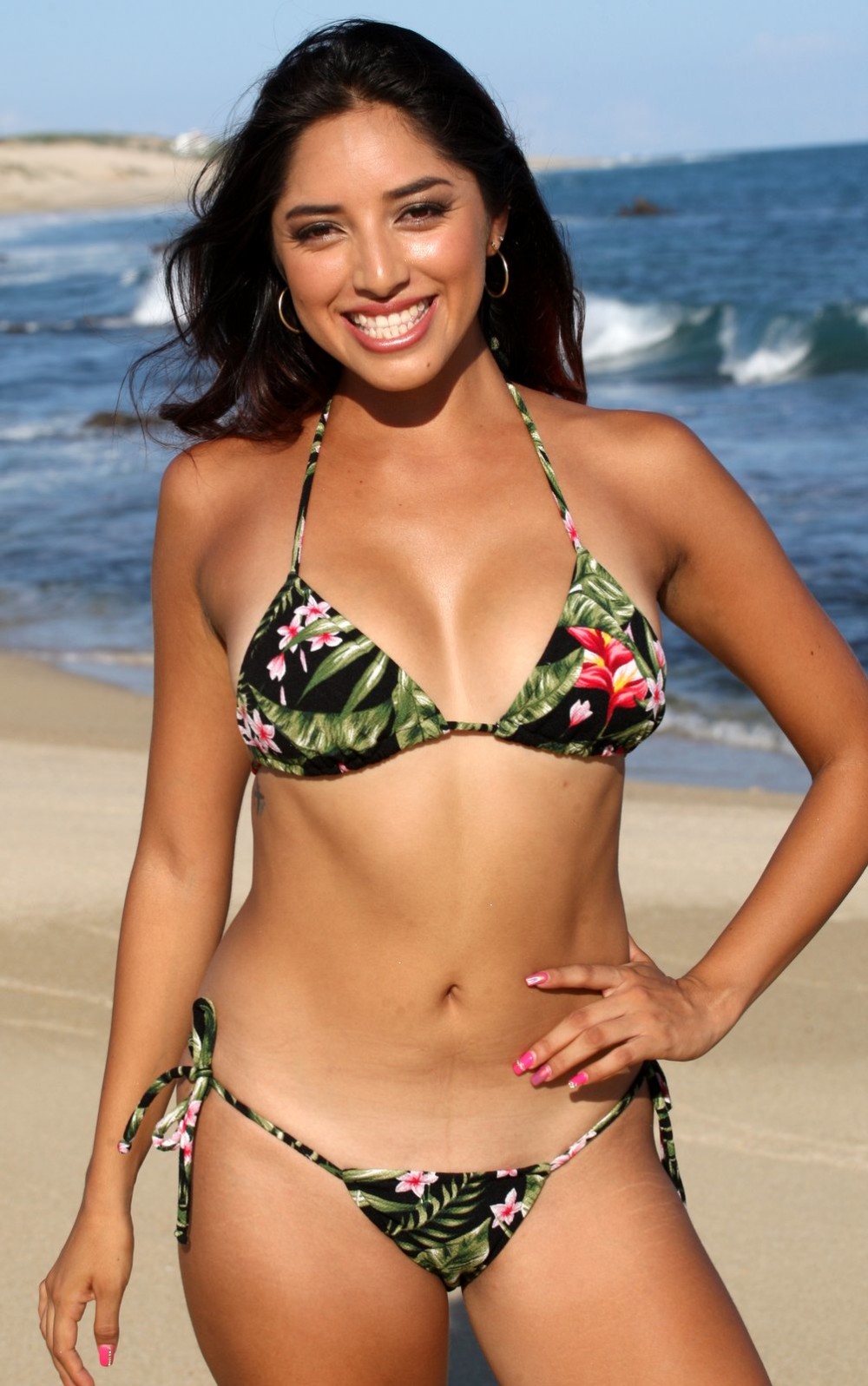