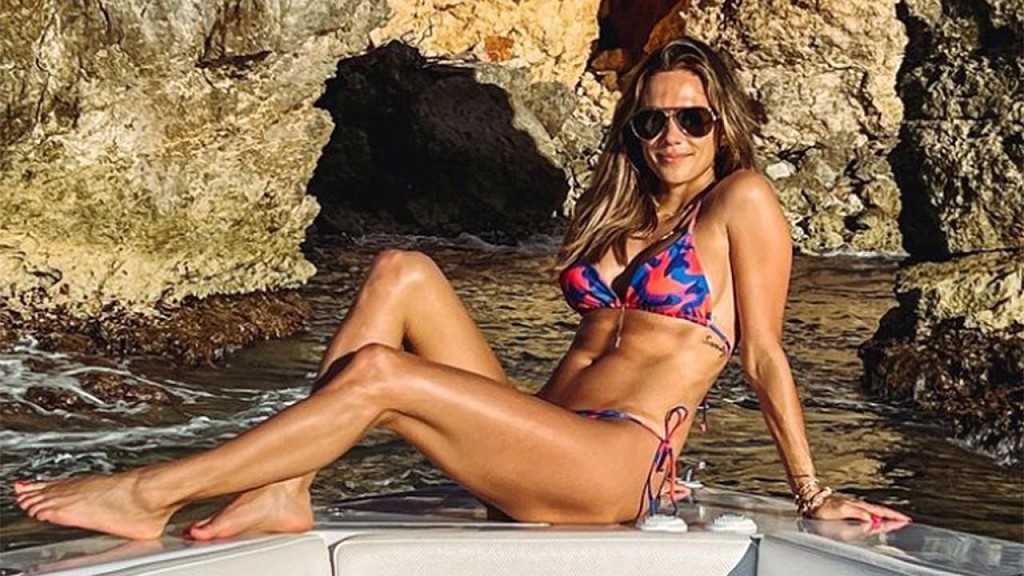 Jana Kramer is having the time of her life on vacation.

In a series of pictures posted to her Instagram, Kramer showed off her fit physique as she posed on a boat while on vacation in Anguilla. The singer has been posting about her getaway over the weekend, showing herself having a blast on the beach and at her resort's pool. 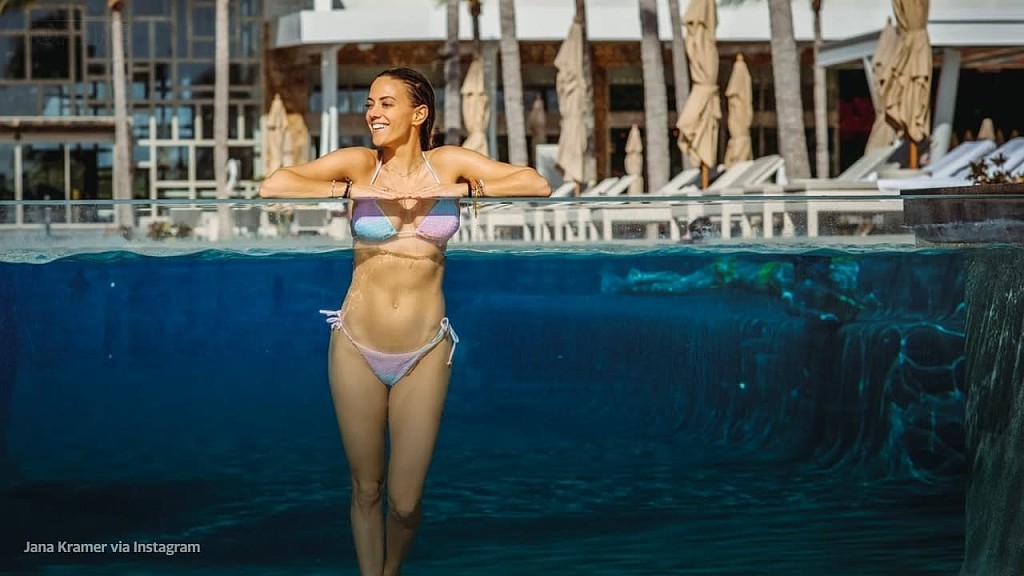 "A boat and watching the sunset….my favorite way to come back to me," Kramer captioned her latest post, in which she can be seen wearing a blue and pink print bikini and sunglasses. In a separate snap, she highlighted the beautiful view of the sunset.

The comments section on the post were full of encouraging messages, with one follower calling her "the most beautiful woman in the world," and another telling her she "just broke the internet with that swimsuit pic." 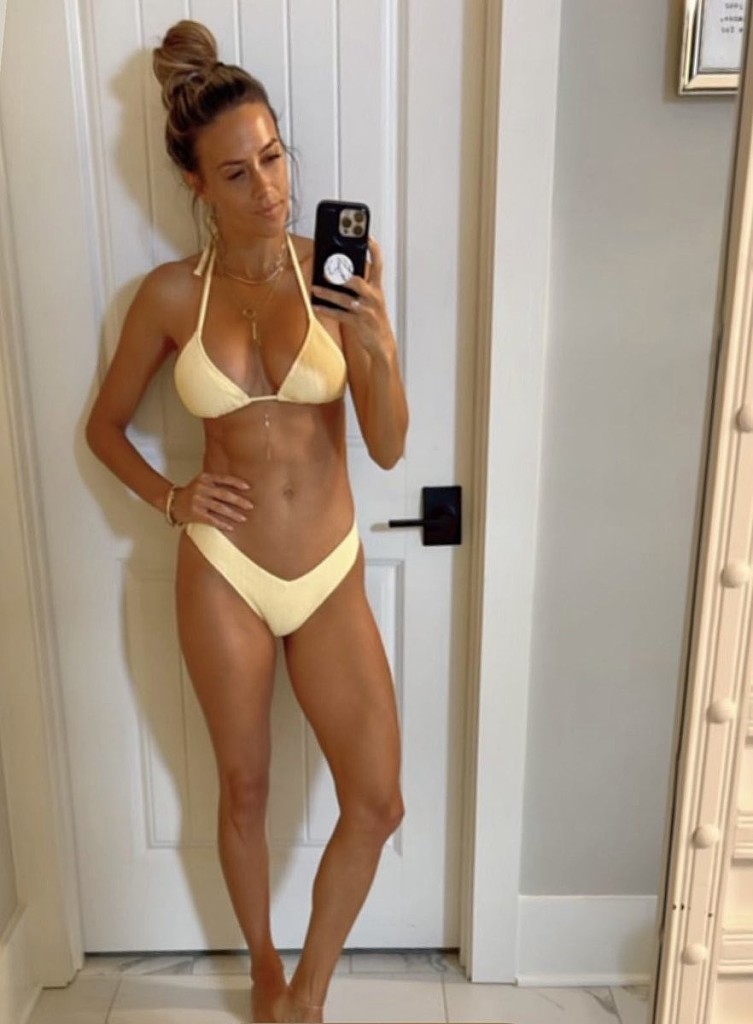 Many of the commenters wrote how nice it was to finally see her so happy, after Kramer continuously spoke out about her marriage to Mike Caussin, and the rough end to their relationship.

The two got married in 2015 and announced their separation a year later, after Caussin was unfaithful. They were separated for over a year, getting back together after the ex football player got treated for sex addiction, however after many attempts to repair their relationship, Kramer filed for divorce in April 2021, and it was finalized in July of that year.

During an October 2022 episode of the Facebook Watch show "Red Table Talk" with Jada Pinkett Smith, Kramer opened up about the moment she found out Caussin had cheated on her with more than 13 women, continuing to cheat even after the two had co-authored a book about the importance of forgiveness in relationships.

Kramer claimed that Caussin blamed the podcast the two hosted together as being a "catalyst" for him cheating, saying he felt "pressure to be perfect" due to the "spotlight" the podcast put on him.

"So then I felt like it was my fault because if only we didn’t have that podcast he wouldn’t have cheated," she said.

The country singer told the co-hosts that Caussin had first cheated on her a month into their relationship but that she kept trying to forgive him because every time he would promise to do better.

The former couple share two children together, a daughter, Jolie, 6, and a son, Jace, 3. Regarding their current co-parenting relationship, Kramer explained, "As long as we don’t talk about our relationship, we’re great."

She added with a laugh, "How rude is it though that they make divorced people co-parent. It’s, you know what I mean? We got divorced for a reason." 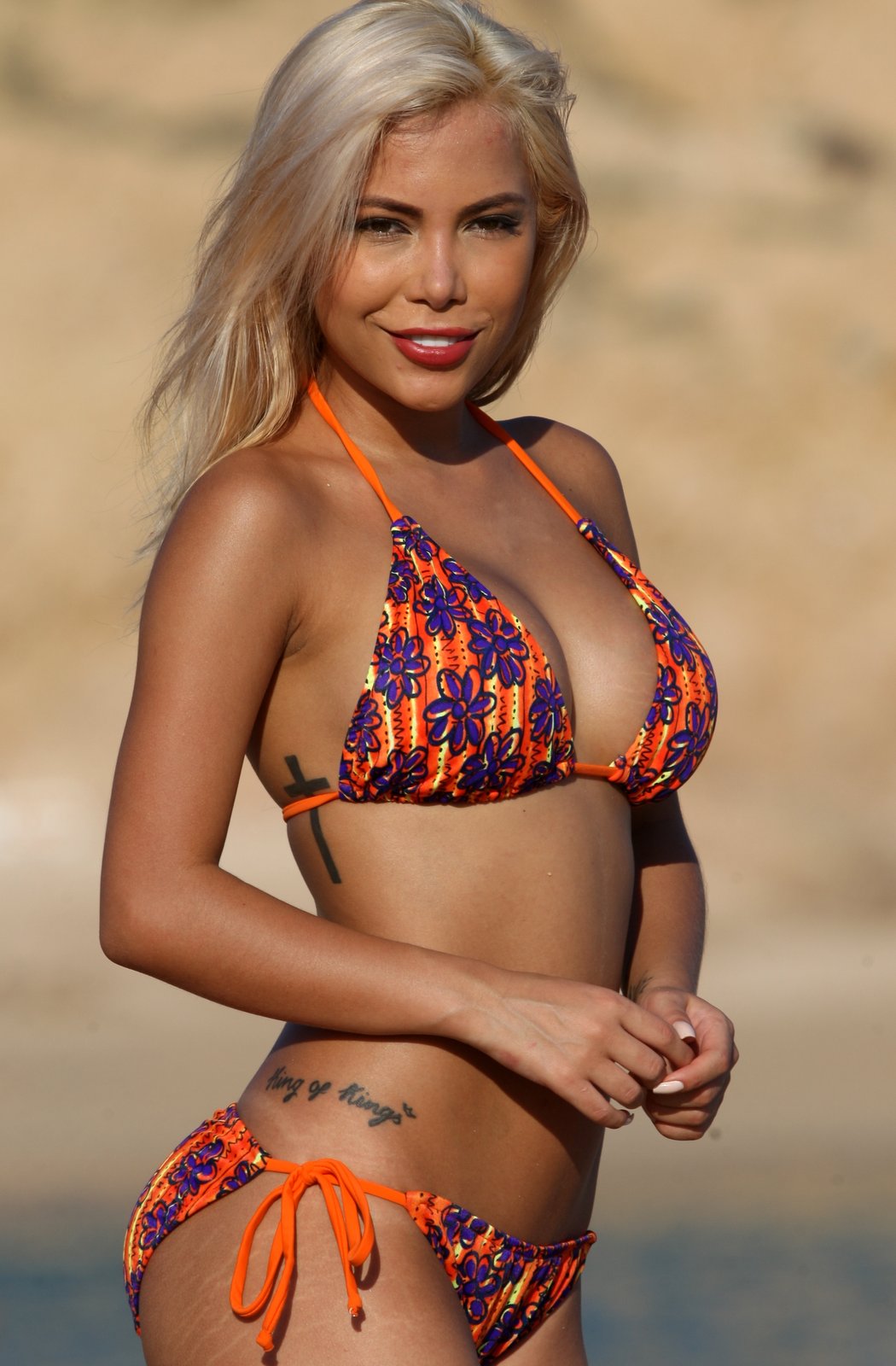 UjENA Panama Bikini The Panama bikini is fun, exciting and bright like the sun in Flower Power Matte! Colombian triangle tie top and Panama tie scrunch bottoms will show off the body you have been working hard for! The bright color combination we call Flower Power, will be sure to turns some heads and will look great against your sunkissed skin. Made For... 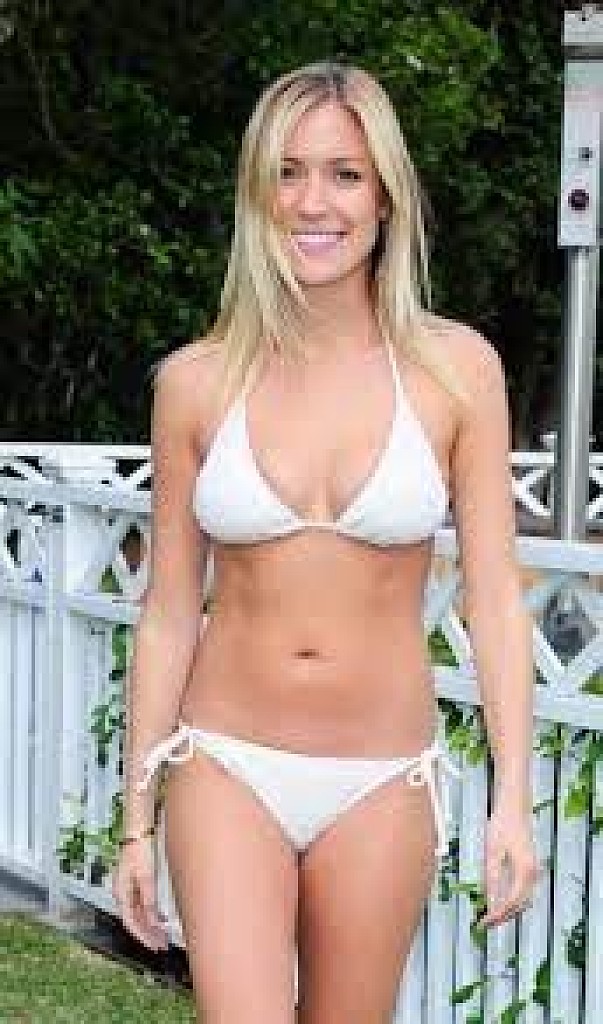 Kristin Cavallari is flaunting her fitter than ever figure

Kristin Cavallari is flaunting her fitter than ever figure – in her swimsuit. The reality star and jewelry designer shows off her fabulous physique in a bathing suit via one of her latest posts. "Leaving it all behind me," the mother-of-three captioned the cheeky Instagram photo. "There she is," commented Melissa Gorga, adding a bunch of fire emojis. "Yeaaaas," added Jana Kramer.

Kristin eats as organic as possible. One way she does this is by growing her own fruits and veggies at her Tennessee home. "Filed under things that make me happy: my kids dirty pulling veggies from the greenhouse," she captioned an Instagram photo of her harvest. She also has her own chickens who lay the eggs her family eats. 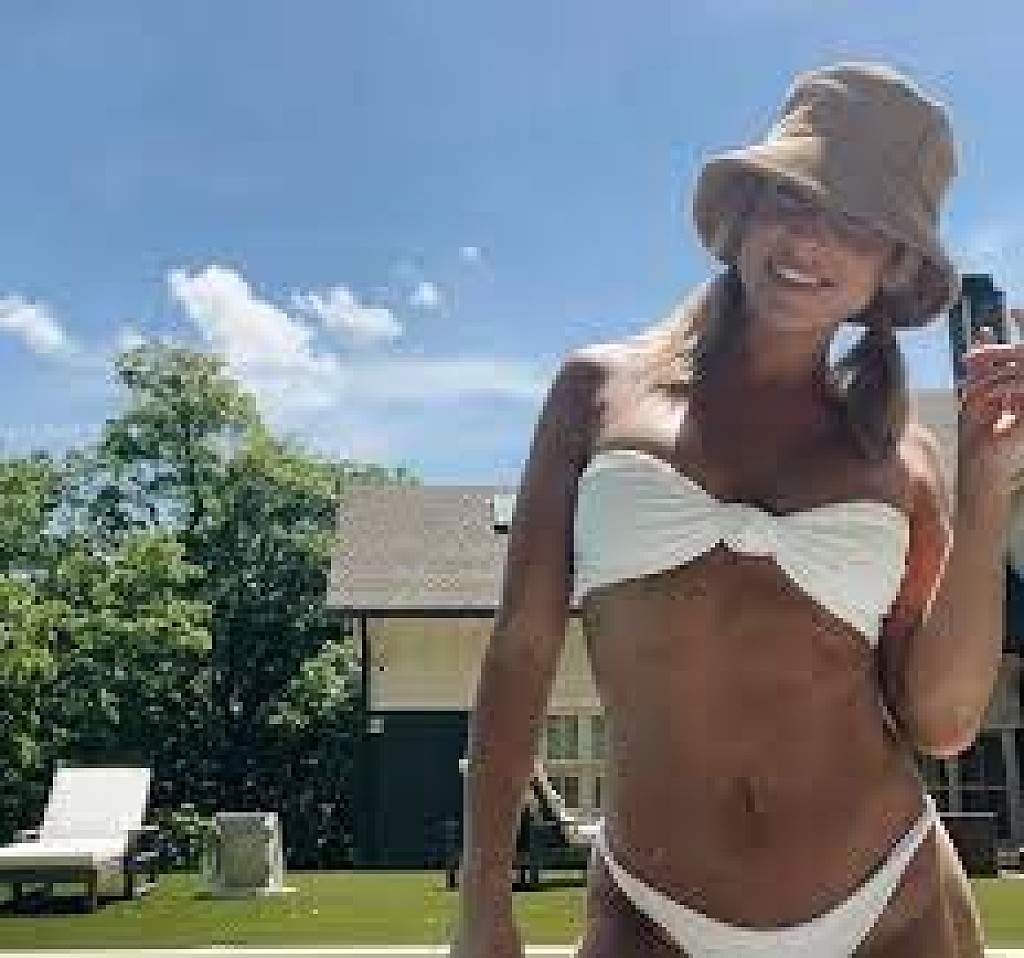 Kristin used to do a lot of cardio but now focuses her workouts around lifting heavy weights. "185lbs ?? new record for me," she captioned a recent workout video. "He kicks my ass. He pushes me really hard. He has me actually lifting really heavy weight, the heaviest weight I've ever lifted in my entire life," she recently told Us Weekly about her workouts . "I feel the best I ever have. I feel like I'm the strongest I've ever been." She added: "Usually, I'll work out and maybe do 30 minutes of a VersaClimber [on a fourth day], which will also kick your butt, man.

Kristin also loves skiing. "Mountain fun," shen captioned a photo. Research has linked downhill skiing to a number of health benefits. Not only does it promote physical fitness, it may decrease risk of cardiovascular and metabolic diseases. Studies have also found that the more frequently a person skis, prevalence of known hypercholesterolemia, systemic hypertension, diabetes, the frequency of mental stress and the occurrence of memory deficits declines. 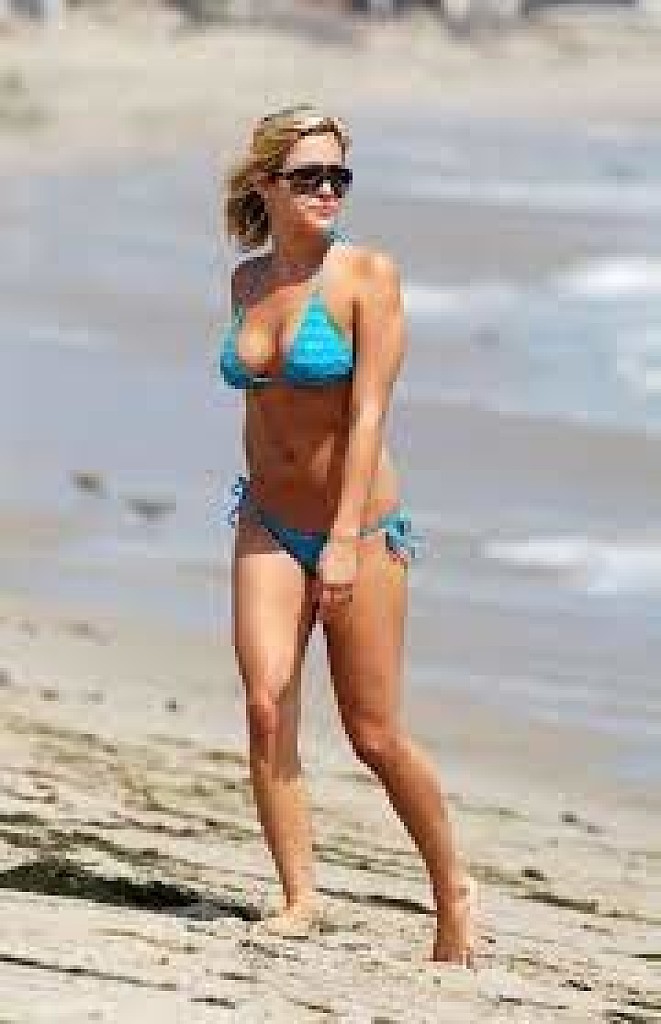 Whether she is at home or on vacation, Kristin loves staying in shape outdoors by cycling. "Morning routine," she captioned this photo of herself, riding a bike while on a sunny getaway. The Cleveland Clinic explains that biking, a low-impact aerobic exercise, is great for building muscle, improving strength and flexibility, and improving balance. It can also boost mental health and help other health conditions, including arthritis.

Kristin has gained weight – and muscle – in the past year, and is proud of it! She has shared a lot of photos flaunting her weight gain. "I have a daughter and I think it's very difficult now for everybody, but especially girls growing up and looking at social media. This idea of body image is just so warped," she told Insider. "And I just worry about these young girls and so I think it just needs to be a bigger conversation about being OK gaining weight and not focusing on a number on the scale."