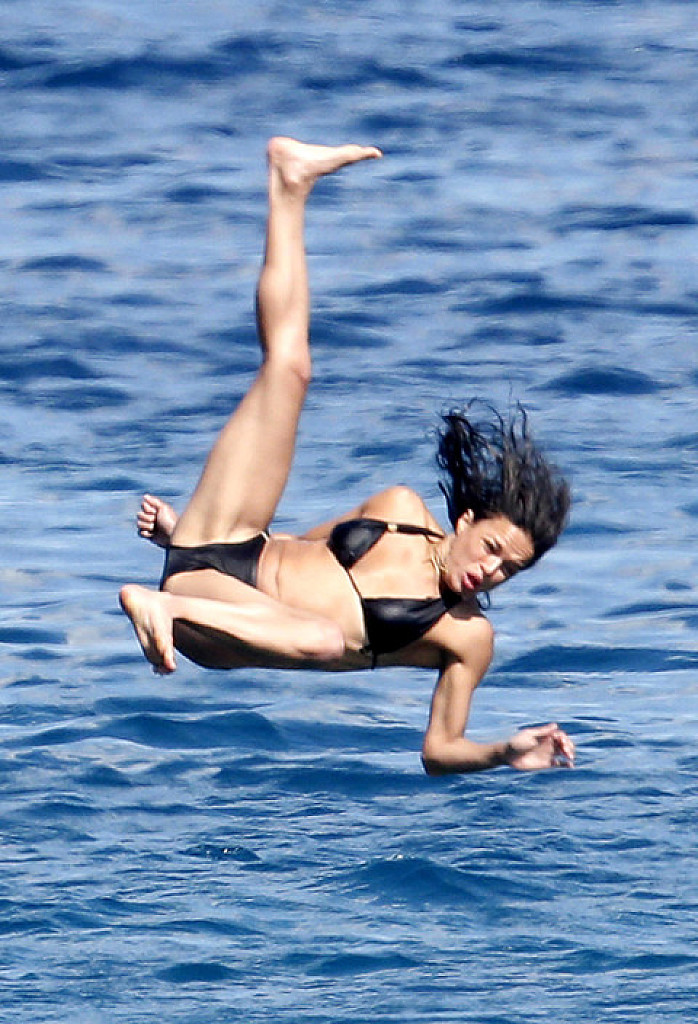 The wild side of Fast & Furious star Michelle Rodriguez

Michelle Rodriquez likes to have fun. She threw her body around like a circus performer ... diving, flipping and romping around on a yacht on her trip in Italy in 2014, but her bikini clung to her body tighter than Cara Delevingne ever did.

Michelle is an American actress. Her breakout role was as a troubled boxer in the independent film Girlfight in 2000. The following year, she starred as Letty Ortiz in the blockbuster film The Fast and the Furious, a role she has reprised in five additional films in the Fast & Furious franchise. 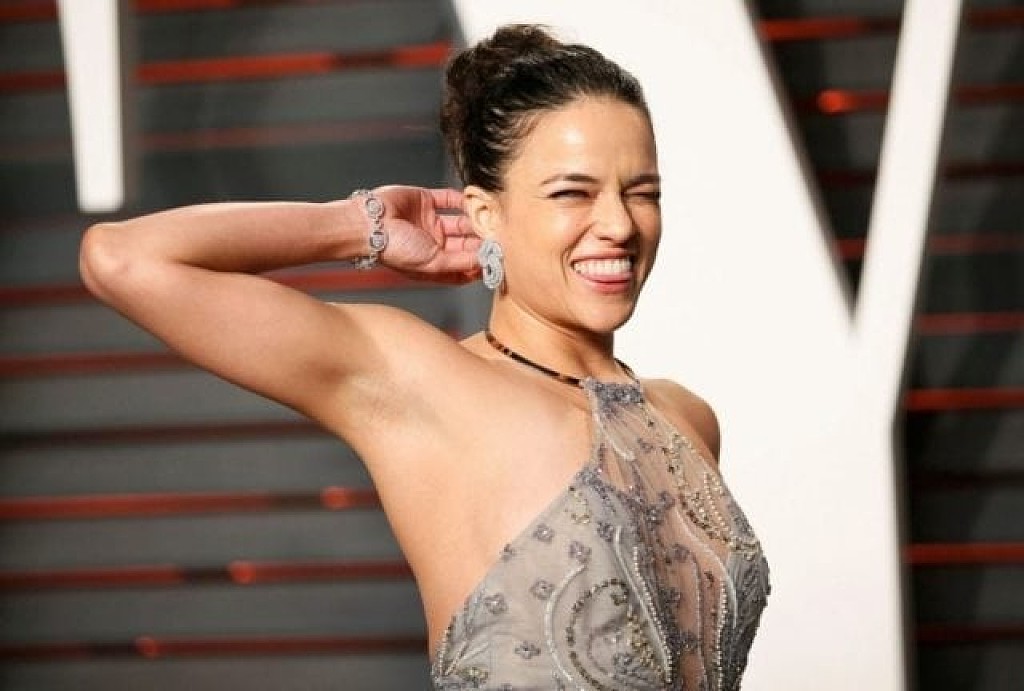 In 2013, Entertainment Weekly quoted her saying: "I've gone both ways. I do as I please. I am too curious to sit here and not try when I can. Men are intriguing. So are chicks."

As she explained to Latina magazine: "I'm getting older. Eventually it's going to wrinkle up and I'm not going to be able to use it. I wanted to be honest about who I am and see what happens."

Michaelle who has a net worth of over $30 million turned 40 last year.

The top photo was taken in 2014 as she was showing can really take a lickin' ... because she threw her body around like a circus performer ... diving, flipping and romping around on a yacht in Italy, but her bikini clung to her body tighter than Cara Delevingne ever did.

“Men are intriguing. So are chicks,” she added. Since coming out openly about her sexuality, Rodriguez has dated supermodel Cara Delevingne.

She has remained single after her break-up with Cara in 2014.

The multi-talented actress has also dated The Fast and the Furious co-actor Vin Diesel, French actor Olivier Martinez and U.S actor Zac Efron. She has also been linked to Lenny Kravitz.