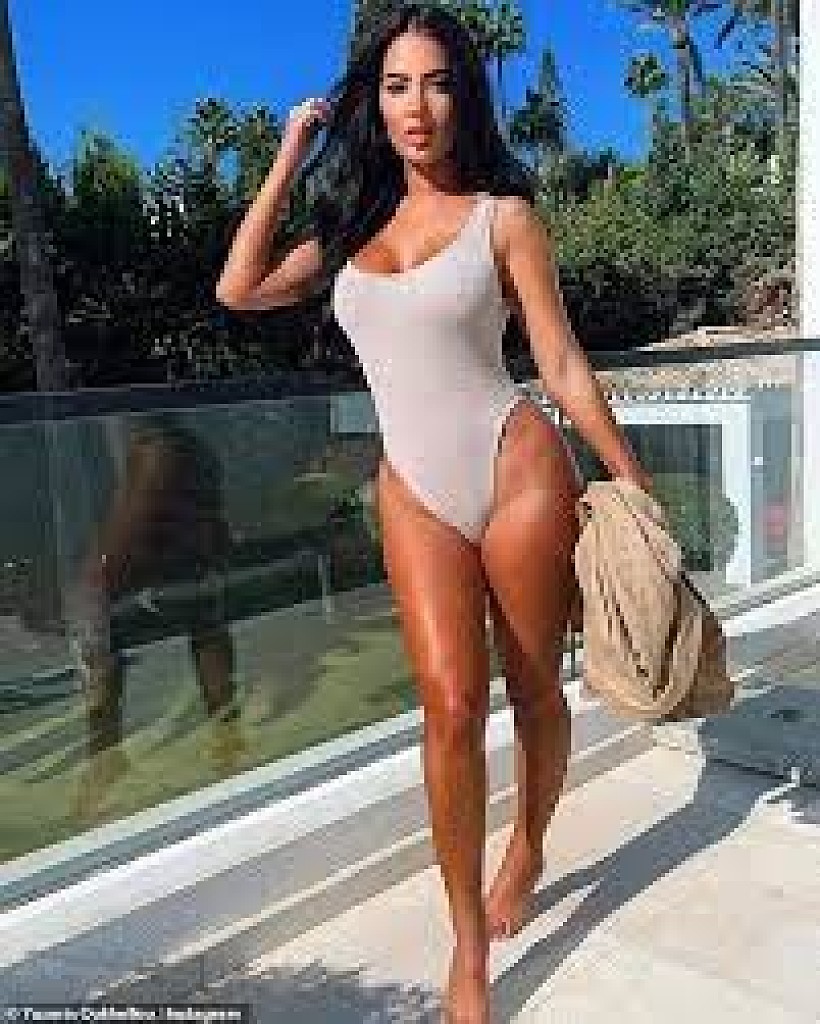 Yazmin Oukhellou soaks up the sun

Yazmin Oukhellou put on a sizzling display in a swimsuit as she soaked up the sun in Marbella on Tuesday after getting dressed up for Halloween.

The TV personality, 28, looked sensational as she posed for Instagram snaps in the plunging grey one-piece on a balcony in a lavish villa in Puerto Banus.

The former TOWIE star played with her dark hair, which she styled in loose waves as she held onto a beige shirt in her other hand. 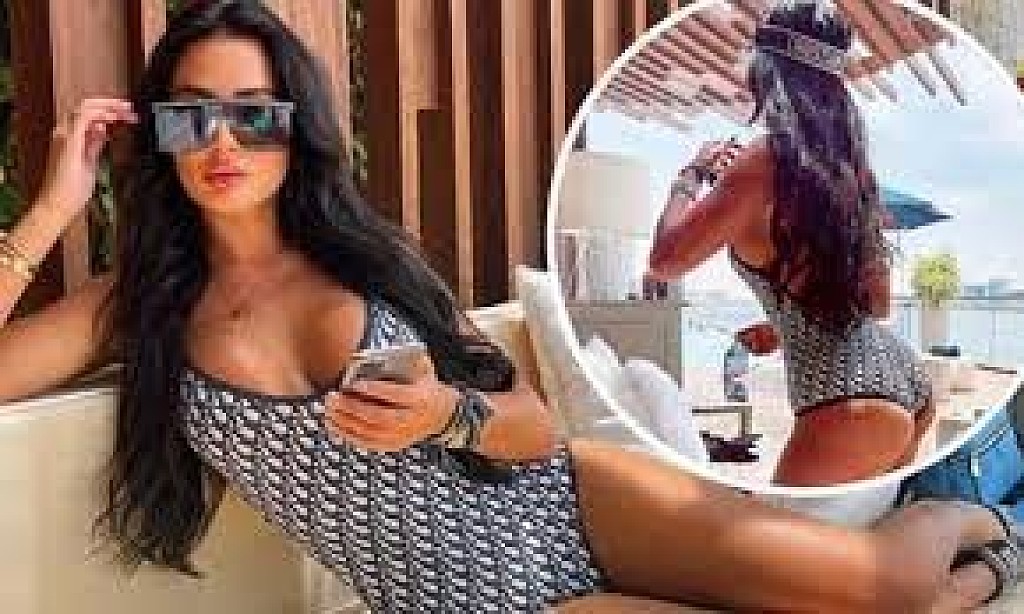 Yazmin wrote: 'The [sun] just makes everything a little bit better, I swear.'

The TV personality shared a another photo this week as she partied in Spain, celebrating Halloween in a racy ensemble. 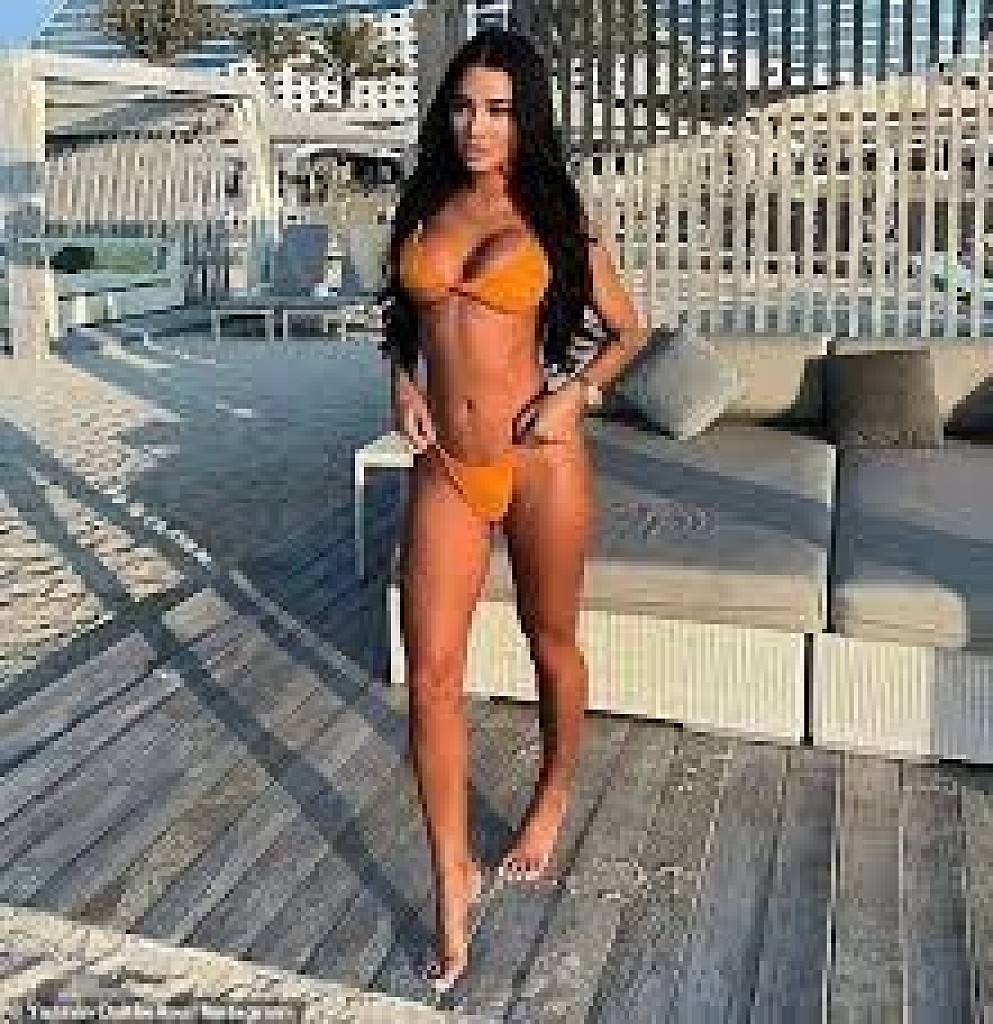 The reality star put on a busty display in a silk black corset mini dress as she dressed up for the annual holiday with pals.

She opted for a bronzed palette of makeup, adding two fake blood patches to her chest and forehead to make her outfit scary.

Yazmin completed the number with a dazzling silver bracelet and a chic black handbag as she partied at Mosh Fun Kitchen during the lavish getaway.

She revealed: 'I mean I tried with the Halloween makeup…'

Last week, Yazmin revealed that she desperately tried to wake up her ex-boyfriend Jake McLean after the horror car crash in Turkey which killed him, but he was unresponsive.

In a raw interview she said she was 'torn apart by grief' for Jake and told of the horrific trolling she has received from people for moving on with her life.

Businessman Jake, 33, was killed instantly on July 3 when his blue Mercedes E class saloon plunged down from a mountainous road down a ravine in Bodrum, Turkey, - while Yazmin who was in the passenger seat was seriously injured.

Now Yazmin has revealed the details of that terrible day, describing trying to bring him round and her subsequent search for help.

She told The Sun: 'I tried to wake Jake up, but he wasn't waking. I tried to beep the horn with my foot, but I couldn't reach it.

'We were in the middle of nowhere and so screaming for help wasn't any good. I knew I had to get out of the car and somehow I found the strength to free my arm by lifting it with my left hand, moving my right arm up and dropping it back down for what felt like forever until I snapped it free.'

She then found a man on the road to help her, but when paramedics arrived Yazmin said she 'knew already in her gut that he had gone.'

'They said they were taking him to another hospital and kept telling me he was alive and OK – I think because they didn't want to cause me any further distress', she added.

Yazmin - who now suffers from PTSD, nightmares, flashbacks and panic attacks - went on to explain that she now questions why she survived but he didn't, saying she felt angry that he was gone but she was still here.

Yazmin receives therapy now for her anxiety after at the start thinking she would never get over it or be able to 'unsee what she saw'.

In the chat Yazmin also touched on the trolling she has received since the crash, with many sending her horrible messages when they see her moving on.

She said she gets nasty comments when she is on holiday or out for dinner when in reality 'just because she's smiling in a picture, it doesn't mean she's smiling inside'.

It has been claimed the couple had a blazing row at a nightclub shortly before the crash, something which Jake's mum Anita Walsh told Turkish authorities she believed could have played a role in her son's death.

This led to a bitter fallout between Yazmin and Anita, who banned the reality star from Jake's funeral in Essex last month.

Jake's secret girlfriend Chloe Hennessey, 27, a beauty therapist, was invited to the funeral and posted a series of touching photos on Instagram of the couple, paying tribute to the man she will 'love forever'.

Writing on an Instagram post sharing a photo of her and Jake, Chloe said: 'What a beautiful day for a beautiful soul. So happy everyone important that should've been there showed up.

'So many laughs, cries, and happy memories with all his closest loved ones. Hope you can fully rest in peace now fly high Jakey. Love you forever always in our hearts.'

On the day of Jake's funeral, Yazmin broke her social media silence, writing: 'I have been taking some time away from social media to fully focus on my mental and physical recovery.

'I needed this time away to work on healing and processing everything as best I can.

'This has taught me that life is so short and we must cherish our loved ones as much as possible.

'I am so grateful for our memories and the special time that Jake and I shared. I've not stopped thinking about him and I'll miss him always. He will forever hold a special place in my heart.' 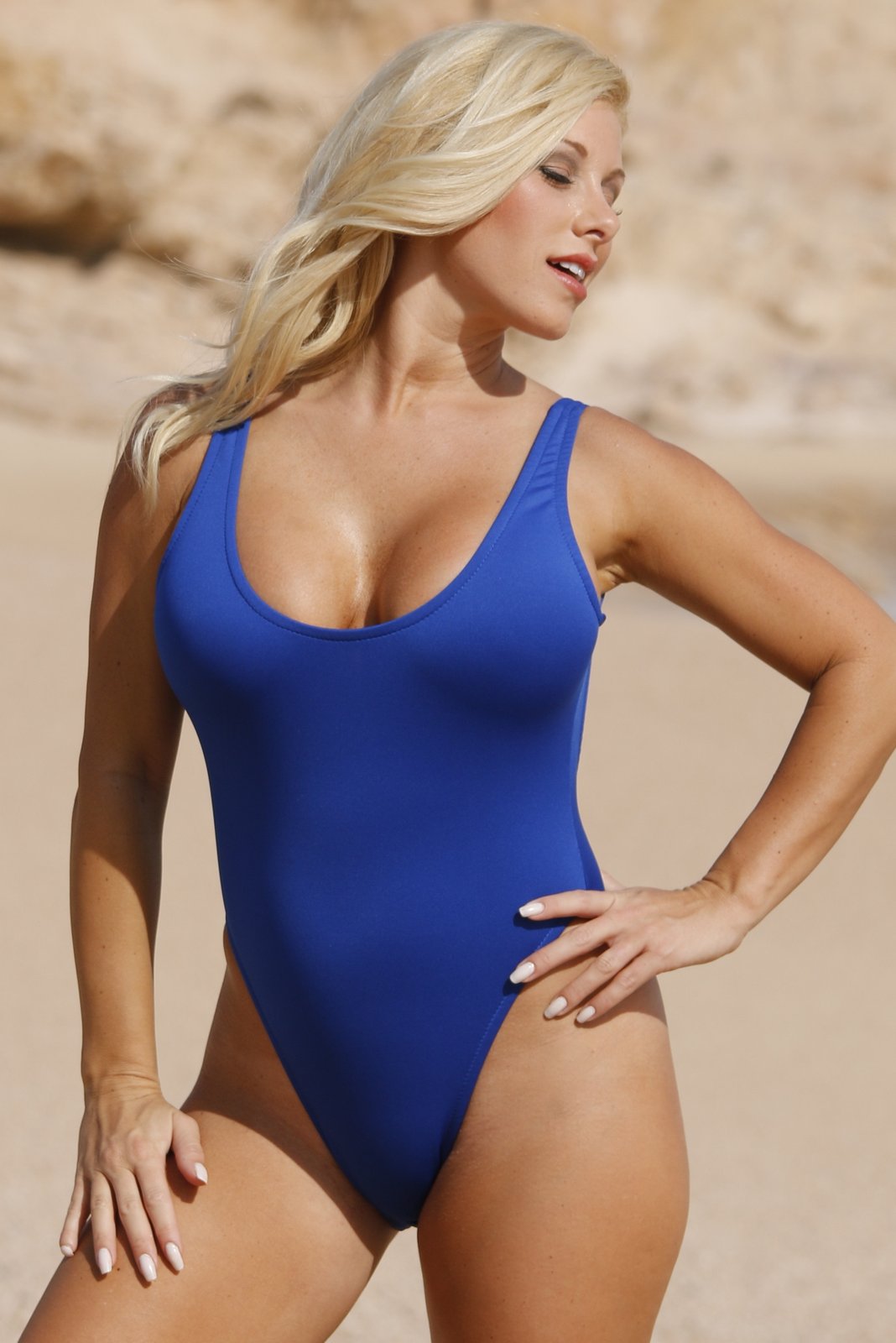