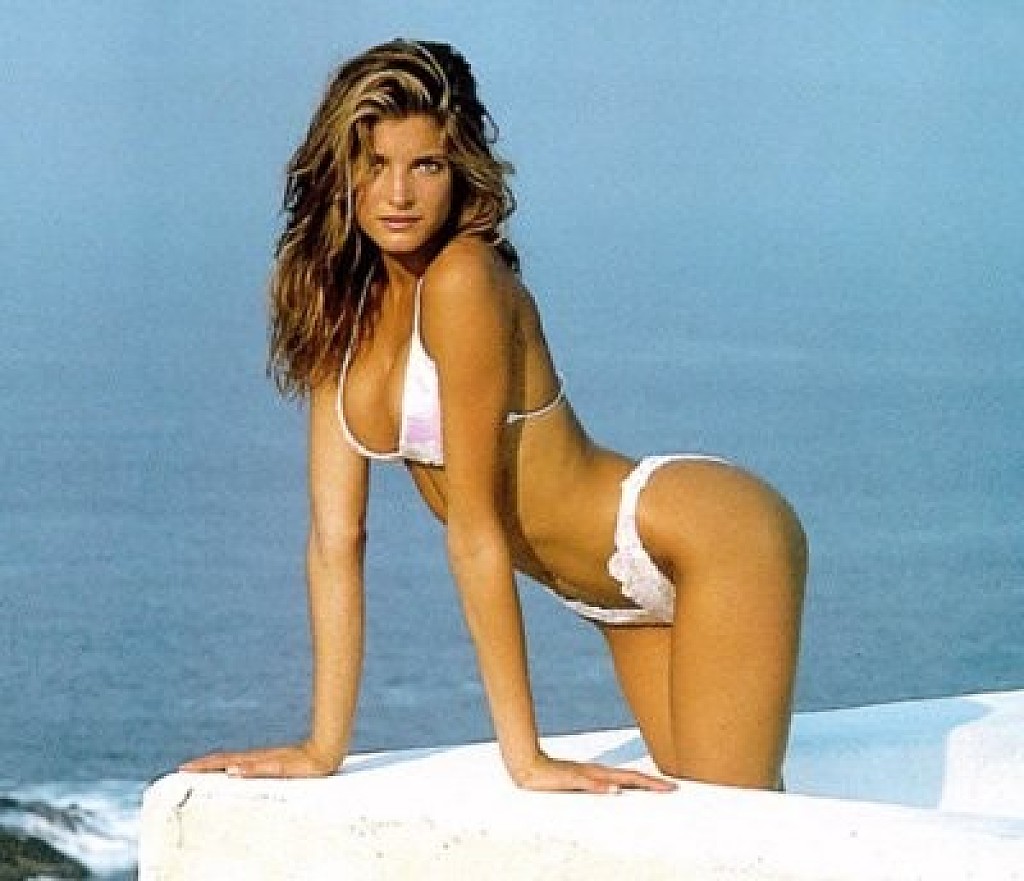 Ten of the Best Ever Swimwear Models - 5. Stephanie Seymour was one of the most famous swmsuit models of the 90's

Stephanie Seymour is still a busy model and continues to be one of the world's most recognized faces.

From her early teens it became obvious that the towering, stunningly beautiful young woman was ideal modeling material, and she immediately began getting some local print work. Having entered a modeling contest sponsored by Elite, Seymour caught John Casablancas's eye and moved to New York to work for him at Elite as a model, eventually carrying on a relationship with Casablancas as well, who left his wife to live with the youthful Seymour. 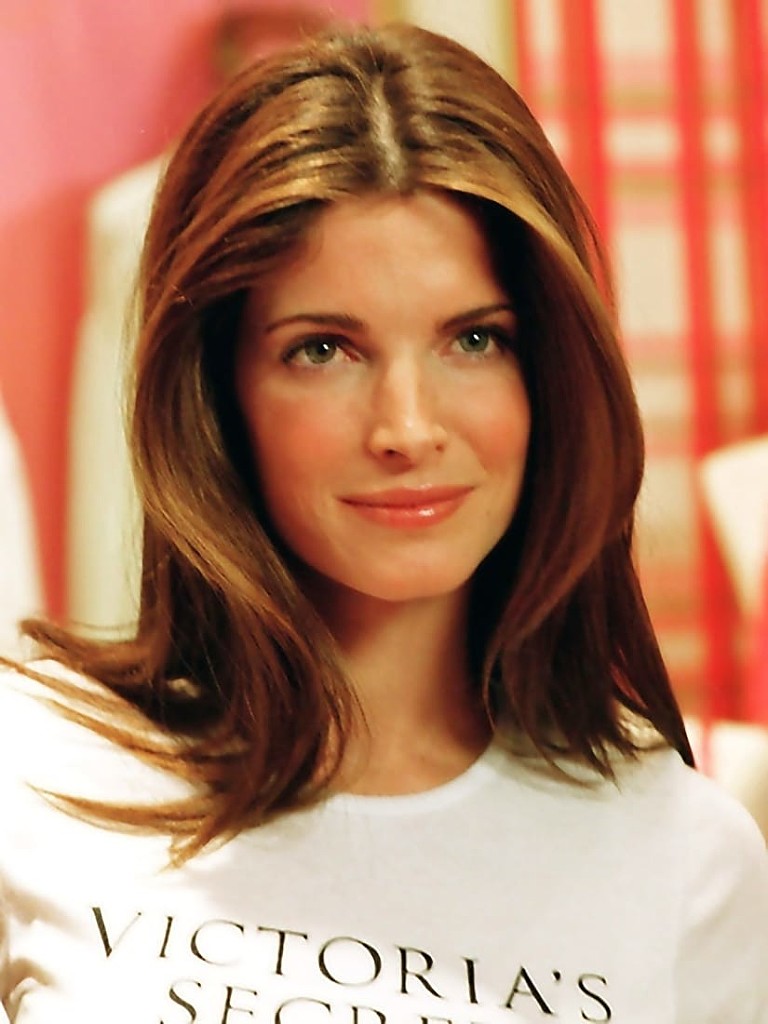 She had great success, including the beginning of a long relationship with Victoria's Secret and work on the Sports Illustrated swimsuit issues.

Ten of the Best Ever Swimwear Models number five Stephanie Seymour was born in 1968 in San Diego, California.

In 1994 she was chosen by People magazine as one of the 50 Most Beautiful People in the World.

She also achieved a lot of notoriety with rumors of difficult, diva-like behavior and a personal life that was wild even by supermodel standards -- the nude spreads in Playboy; tales of drugs and wild partying; a short-lived marriage; a relationship with Warren Beatty, callously ended to take up with rock star Axl Rose, which then ended with mutual accusations of physical abuse and mutual law suits (which eventually settled).

She had an affair with publisher, producer and father of five Peter Brant, who eventually left his wife and married Seymour in 1995 and they have four children. 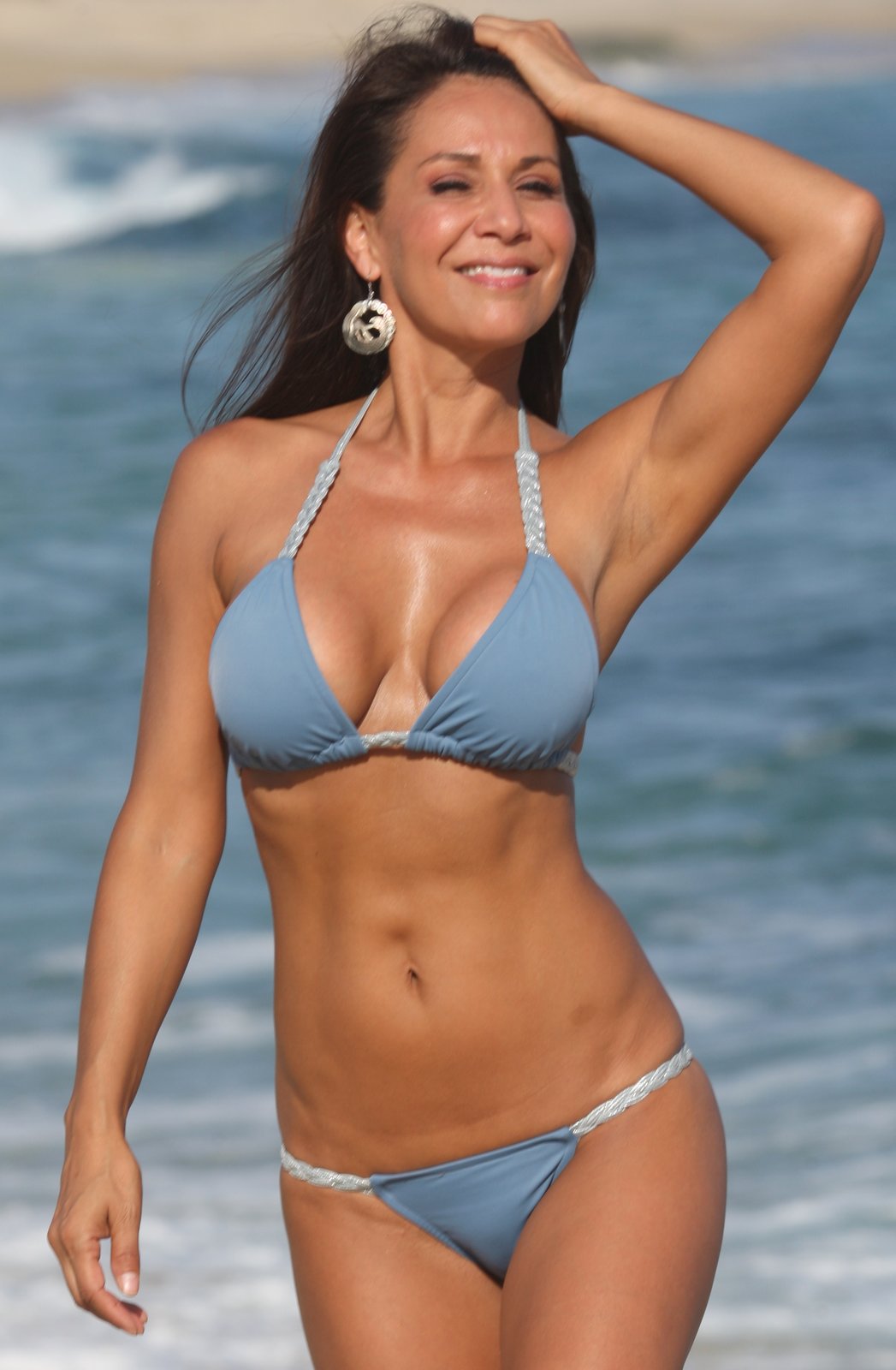 From the shores of the Riviera, to the pools of a chique resort, you will be the center of attention in silver braided metallic and Bermuda blue. The braided Bikini is skimpy and alluring in fashionable style. Be proud of your curves and look amazing in this unique bikini! Made For You in Our UjENA Factories.... 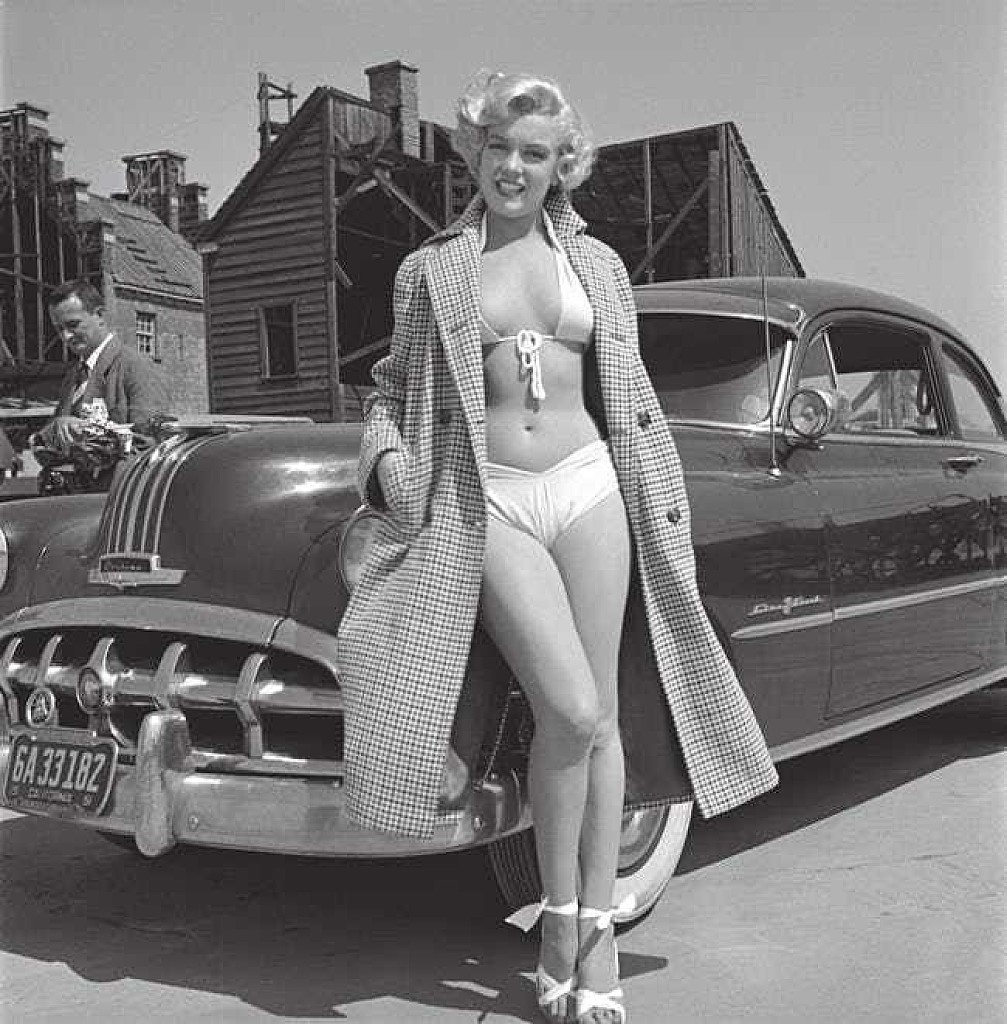 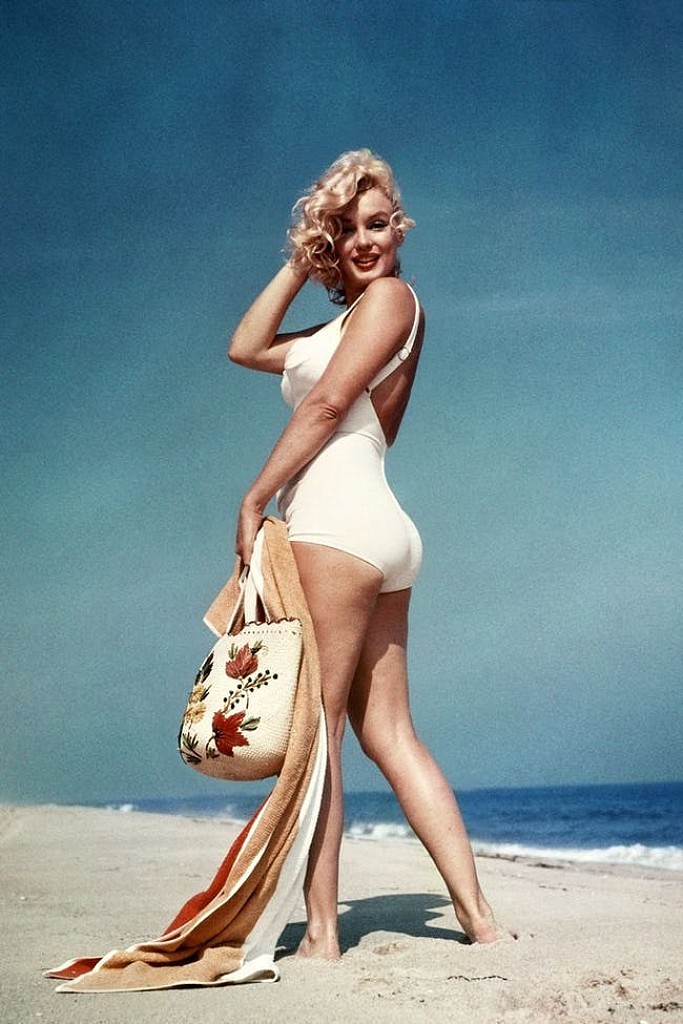 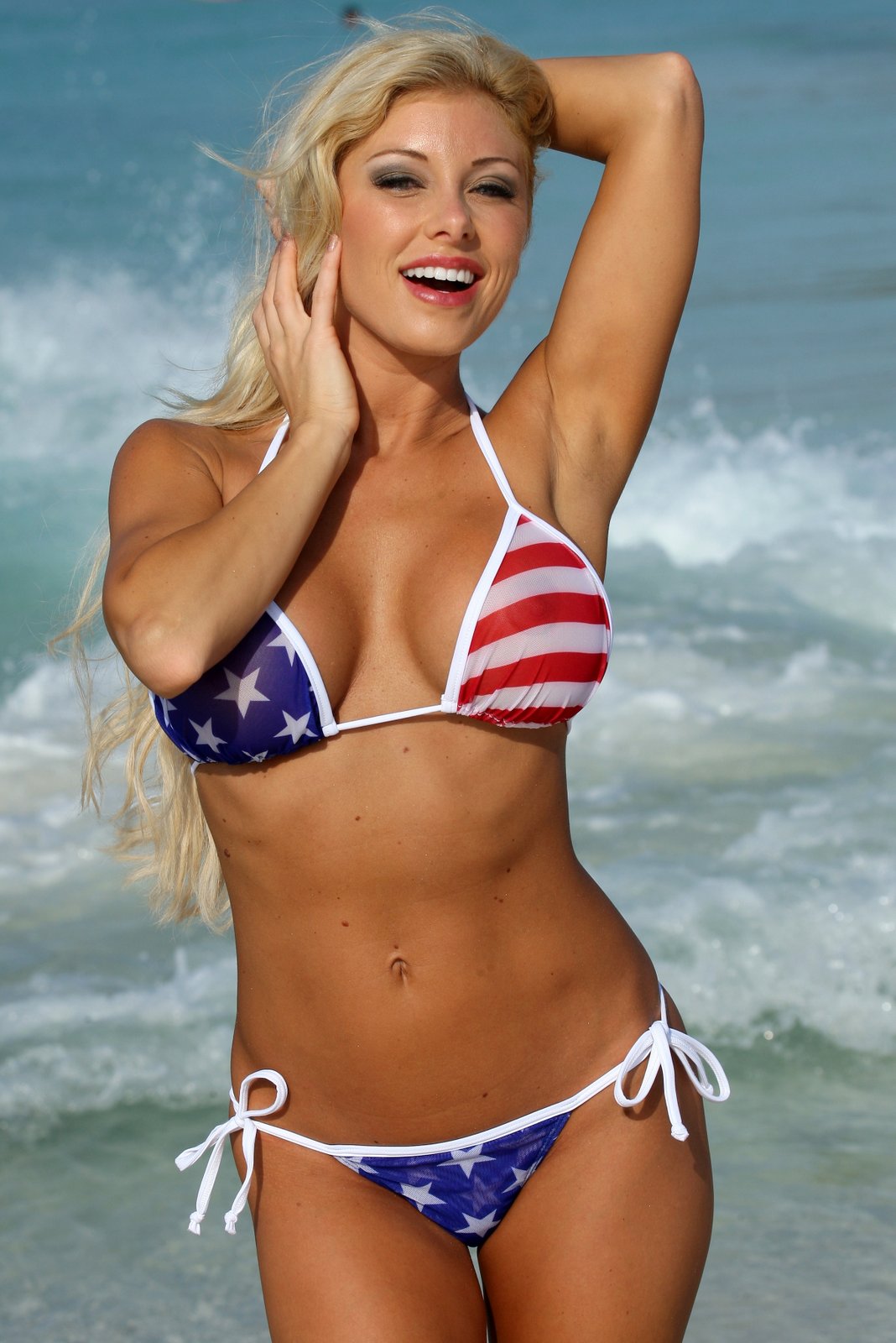 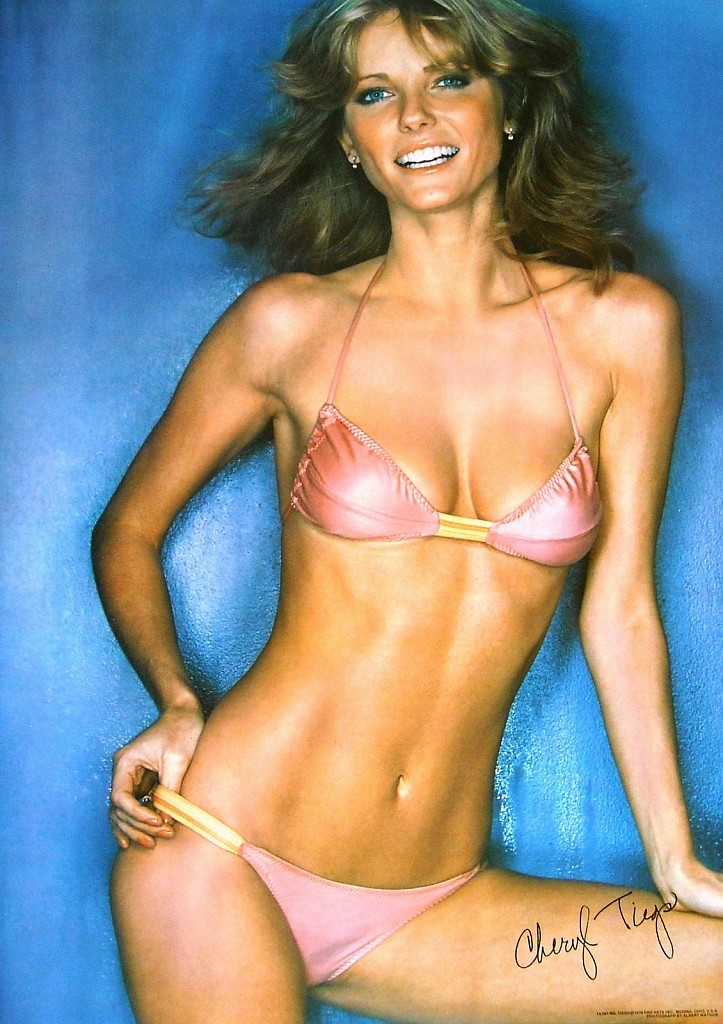 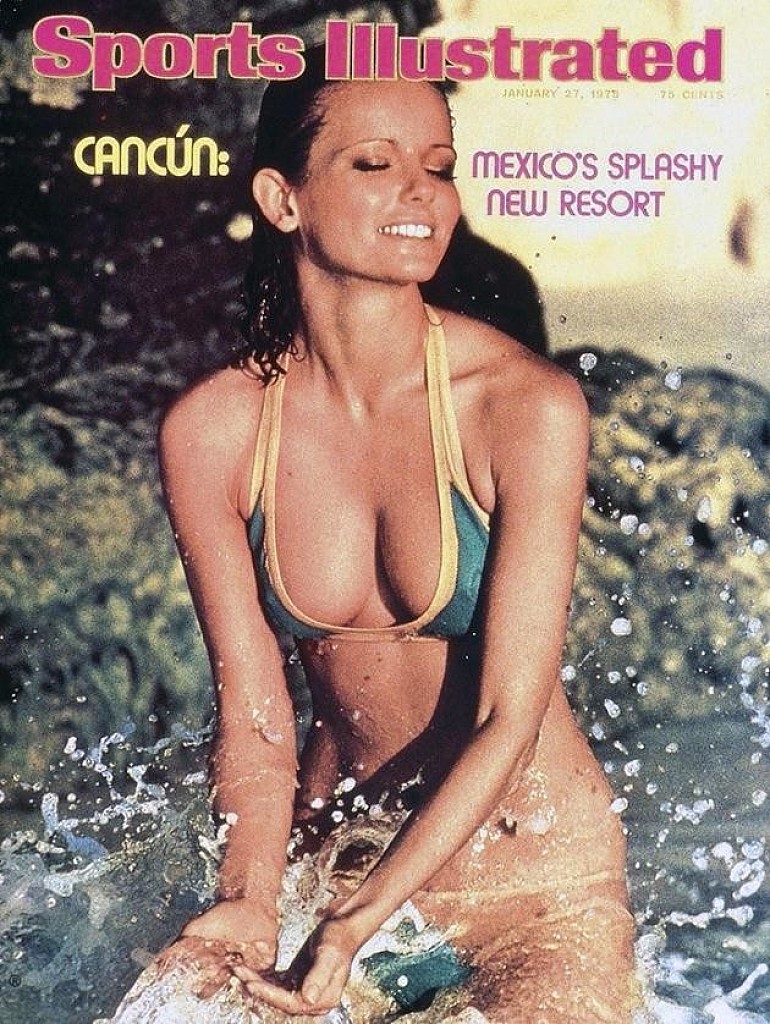 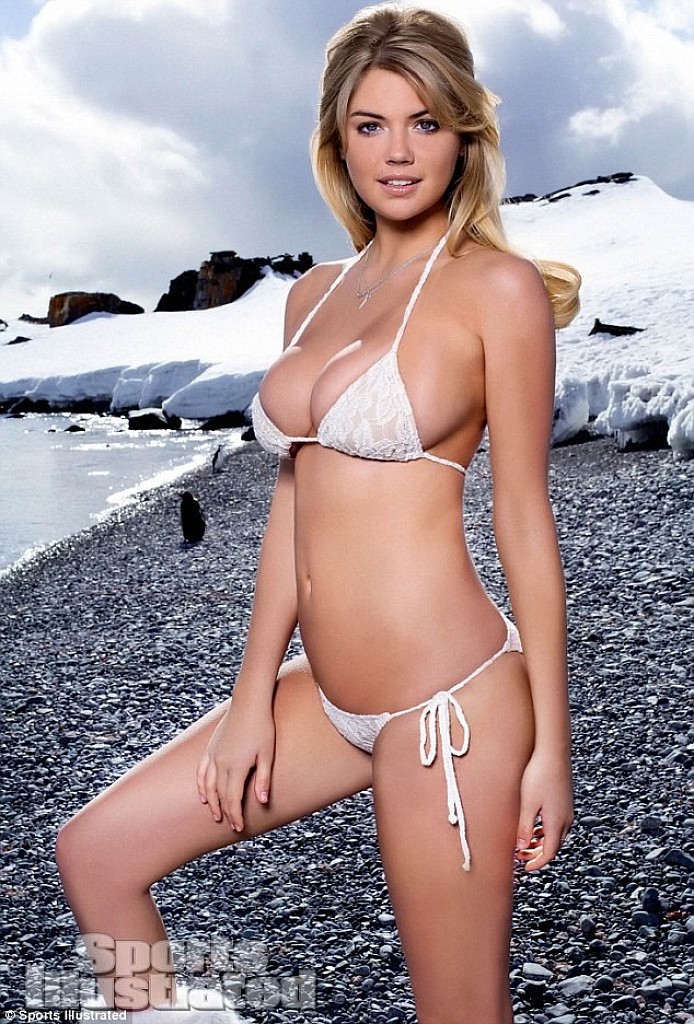 Ten of the Best Ever Swimwear Models - 8. Kate Upton said she suffered from frostbite after shooting her second SI cover in Antarctica

Kate Upton is an American model and actress. Upton was named the Sports Illustrated Swimsuit Issue Rookie of the Year following her appearance in the magazine in 2011, and was the cover model for the 2012, 2013 and 2017 issues.

An interesting Did you Know? Kate revealed that she suffered from frostbite after shooting her second Sports Illustrated cover in Antarctica.

For the assignment the supermodel stripped off to a tiny white string bikini on the shores of the South Pole, where the average high is around -49 degrees Fahrenheit.

Describing the effects the sub-zero weather had on her body she told the Todayshow: "When I came back, I was like losing hearing and eyesight because my body was shutting down, it was working so hard to keep me warm." 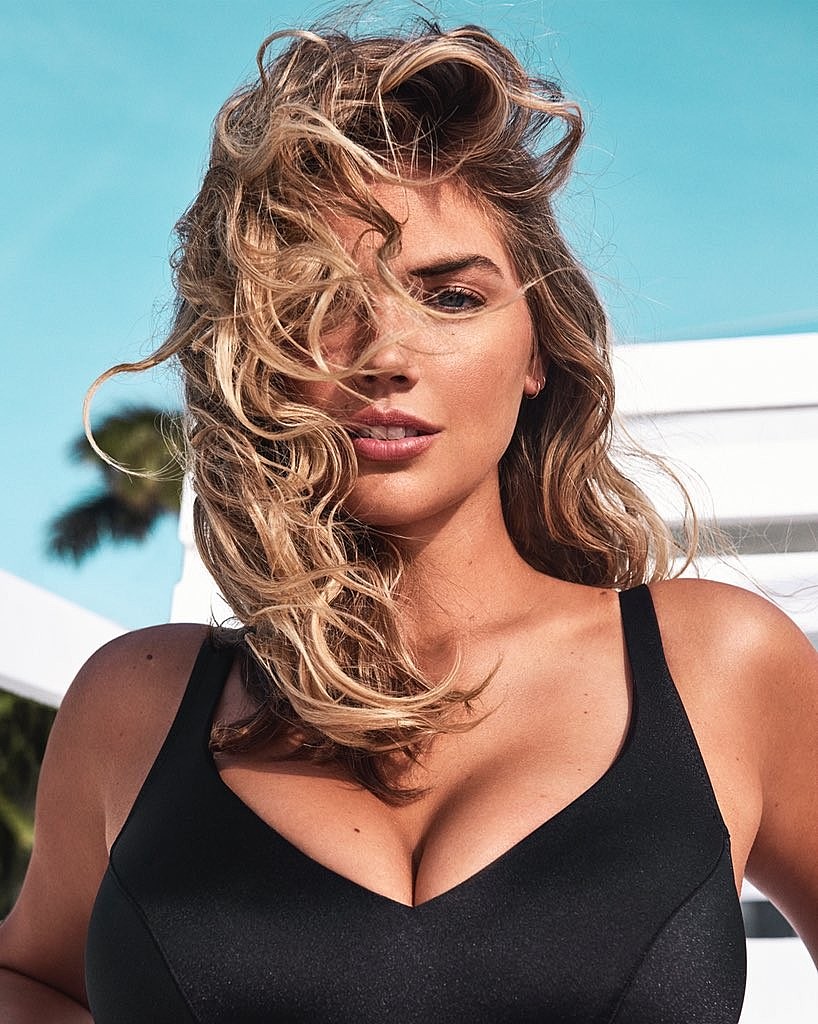 Maxim magazine selected Kate as the sexiest woman in 2018.

Ten of the Best Ever Swimwear Models (Seven to go) 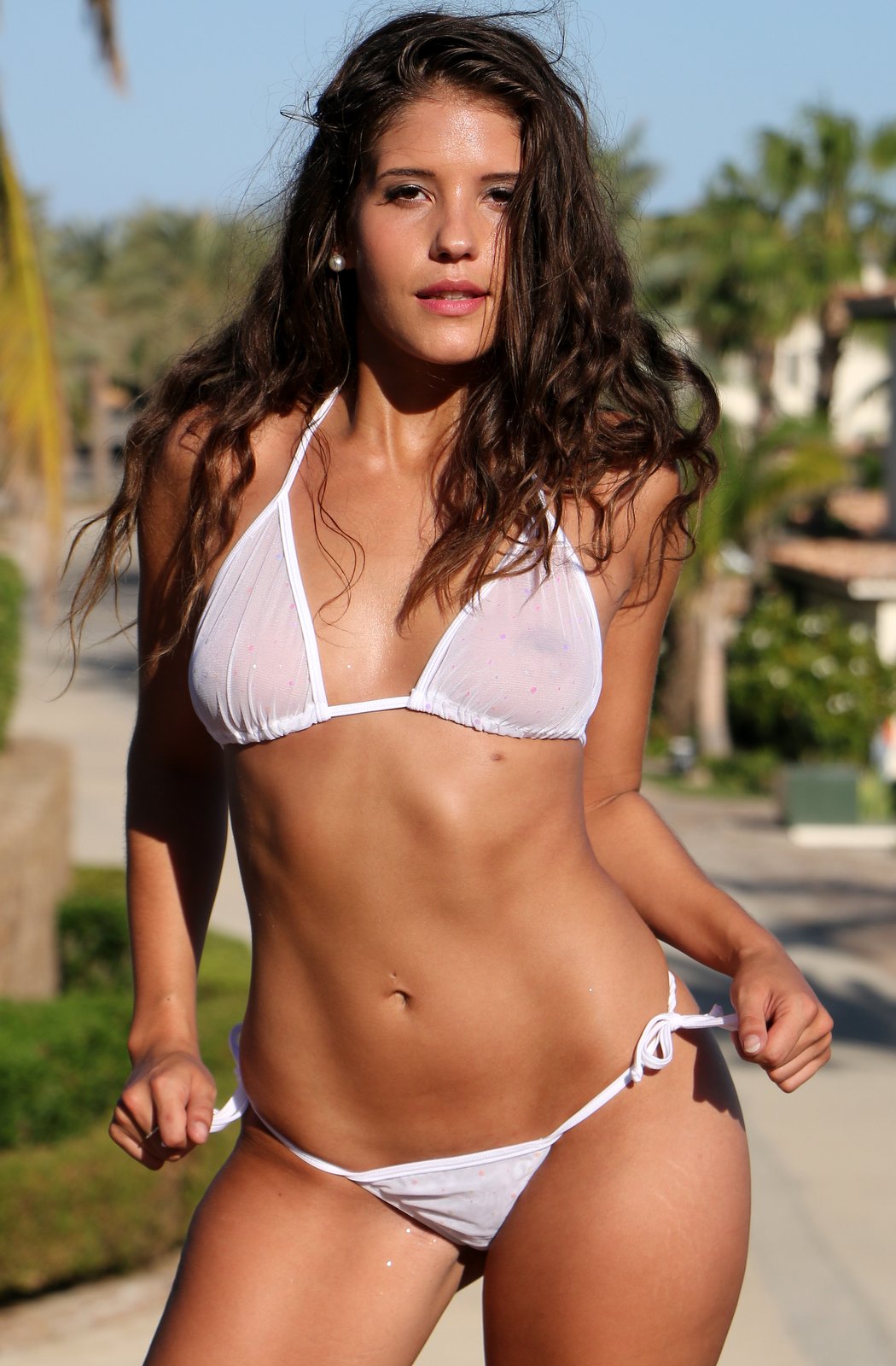 UjENA Sheer Collection This bikini is skimpy, sheer, and oh so bubbly with little dots of iridescent color shimmers on white mesh. Daring alluring style, just like a glass of champagne. Sliding triangle top ties in back and around your neck for a perfect fit. Tonga back bottom is alluring and will show off your curves. The perfect Sexy Bikini! This... 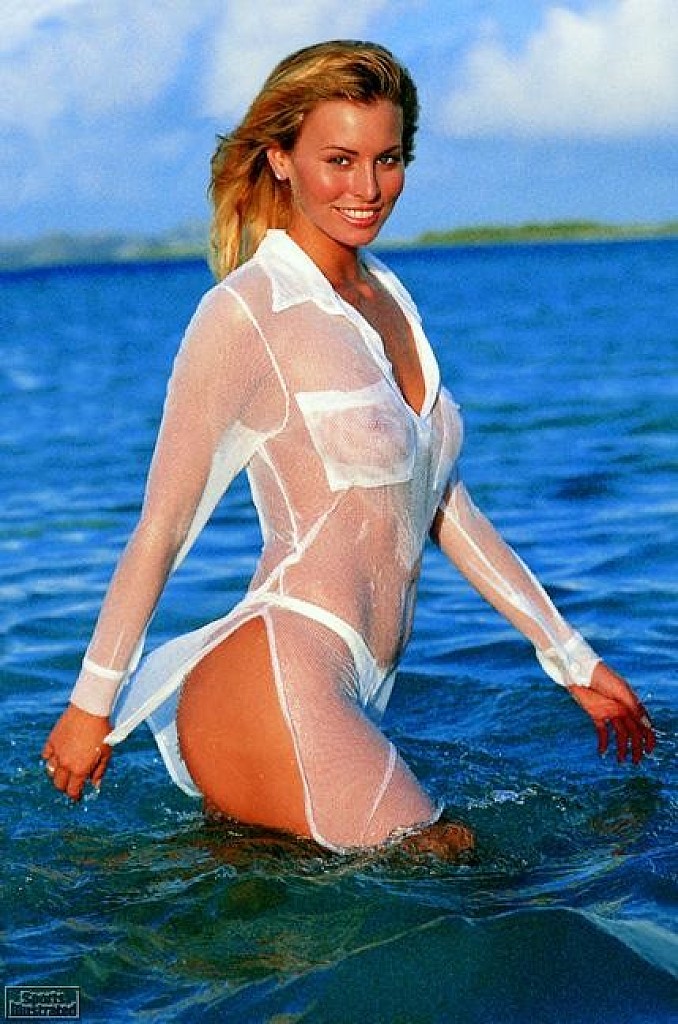 Ten of the Best Ever Swimwear Models - 9. Niki Taylor is in the Guinness book of world records for being the youngest model to sign a six-figure deal

Blonde bombshell Niki Taylor hit the spotlight at 14, when she was discovered, and instantly landed on the front cover of Vogue.

She then soon became a renowned bikini model, making it to Sports Illustrated twice.

Supermodel Niki Taylor, now 43, is one of the most successful models of all time.  This south Florida native began modeling at 14 and immediately captured the heart of America and then the world with her “Girl next door” charm and beauty. 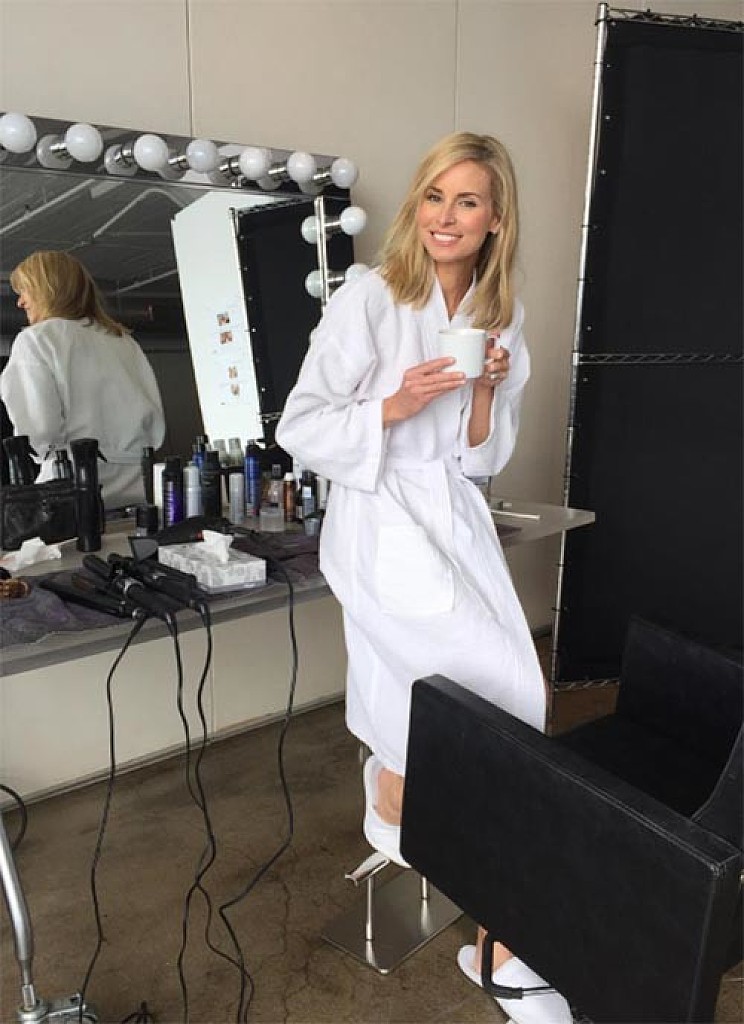 Niki is in the Guinness book of world records as the youngest model to sign a six-figure deal.

As a spokesperson, model and celebrity, Niki’s image has sold billions of dollars’ worth of products and services and was regularly the driving force of entire multiyear campaigns and her appearance on magazine covers increased street sales.

Ten of the Best Ever Swimwear Models (Eight to go) 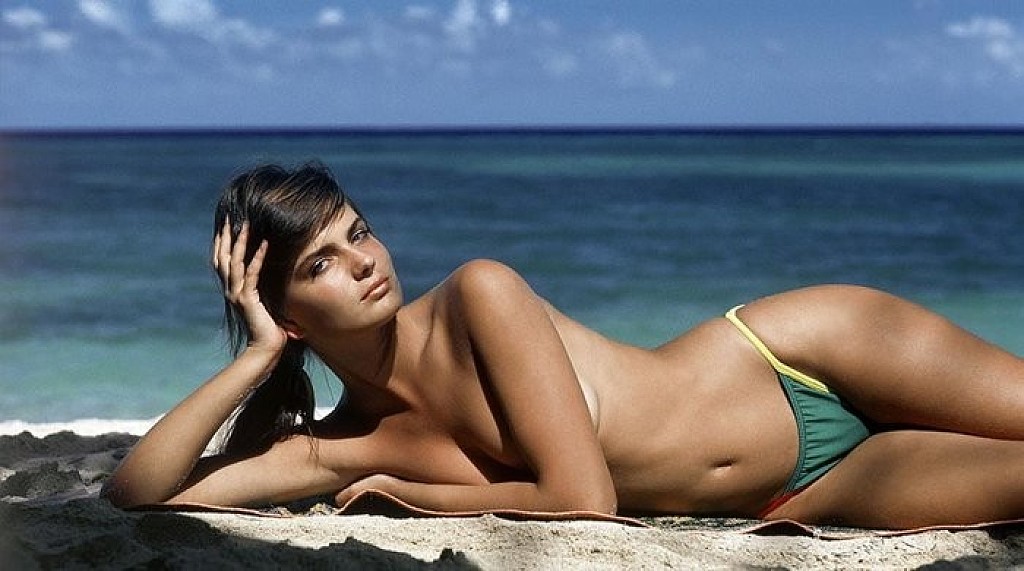 Ten of the Best Ever Swimwear Models - 10. Paulina Porizkova now 53 could pass for a woman half her age

Paulina Porizkova’s impact on the fashion industry has been amazing. She was on almost every Sports Illustrated Swimsuit Issue’s cover from 1983 to 2004, also working as a brand ambassador for brands such as Estée Lauder and Coca-Cola.

Without question she has to be one of the top ten swimwear models ever.

As if being one of the world’s most legendary swimsuit models wasn’t enough, she even acted as a judge at TV contest America’s Next Top Model.

Supermodel Paulina Porizkova doesn’t seem to be shedding anymore tears after announcing that she split from her husband, The Cars singer Ric Ocasek after 28 years of marriage— but she is shedding clothes. 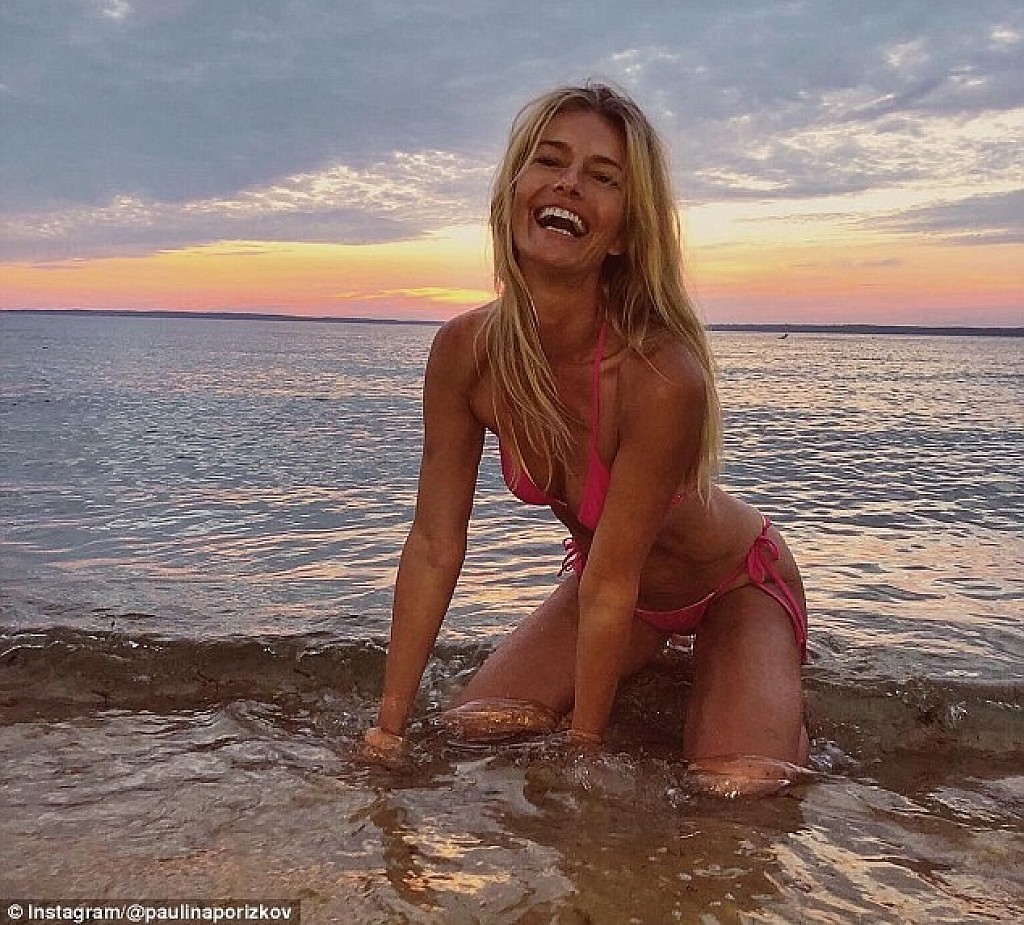 The 53-year-old took to Instagram on Friday to share a photo of herself at the beach at sunset.

She looked positively stunning — and ageless — in a tiny pink string bikini as she laughed joyfully for the camera.

Ten of the Best Ever Swimwear Models (Nine to go)